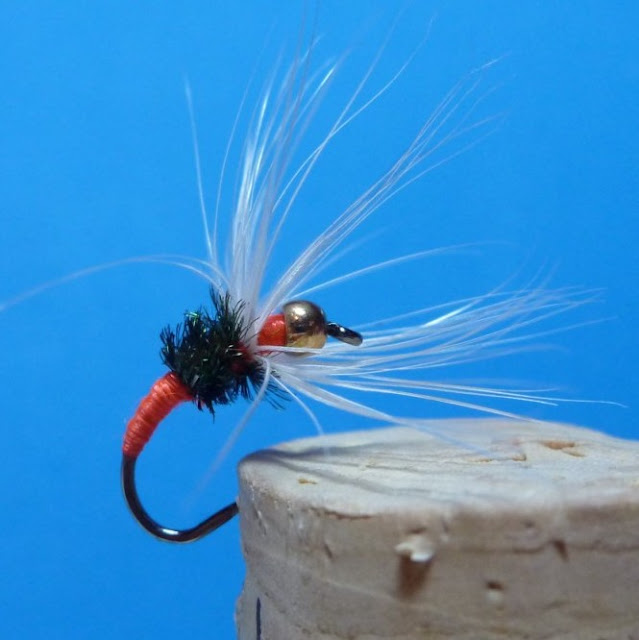 It was mentioned in the comments of a recent post that the fly I referenced in the body of the article, the Road Kone Kebari (above), was nowhere to be found on the internet.

Well, that's sort of embarrassing. If I have one "confidence" fly that I fish in almost any situation without hesitation, this would be it. It's caught trout, bass, bream, and everything in between. I knew I had done a write up of the fly for Tenkara Angler magazine once upon a time, but I suppose I never did one here on the blog, even though it's been referred to in several prior posts.


It's really nothing fancy, I just gave it the goofy "road kone" name a while back due to the fact that it's highly visible in the water due to the white feather and fluorescent orange thread used in tying it. The small bead head is optional, should you want to get a little more depth.

It also gave me another excuse to practice making some more video... So here's about a 4 minute long tying video of the Road Kone Kebari. It's more than a little boring to watch, but you can get the idea rather quickly as to what's going on with this pattern.