Return of the Classic

Over the years, I've gone through a lot of phases (and gear) as a fisherman. Spinning, fly, tenkara, fiberglass, saltwater, and eventually right back to tenkara and fly... one can call it an evolution... while in reality it's more likely a delusion. We've all been there, I'm certain you can relate.

Even though it wasn't fancy, my first "real" fly rod was a 7'6" Redington Classic Trout 3-weight. It was a Christmas gift from my wife back in 2010 and I fished the snot out of that rod for a few seasons. Up and down every nook and cranny of my homewaters, Valley Creek in Southeastern Pennsylvania. For two years we battled lots of fish all up and down the East Coast. From stocked rainbows to wild browns, to native brook trout, Classic Trout had seen it all. An eager and willing fishing companion, I almost took it for granted. Until that fateful day when I snapped the tip during an unfortunate 2012 on-stream nymphing mishap in North Carolina. 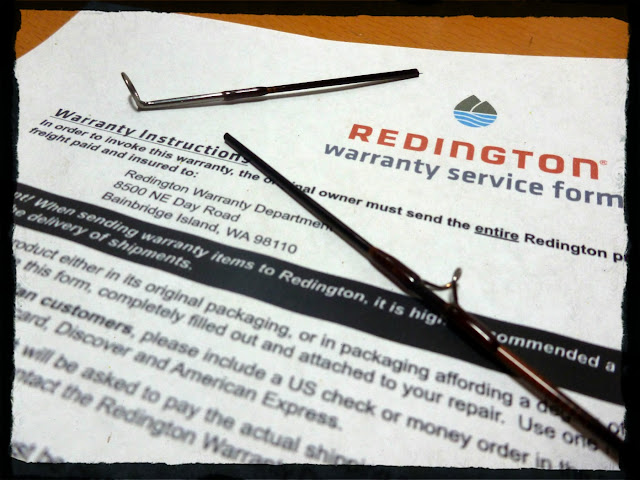 No big deal I figured, and sent it off for some R&R and a warranty repair. Unbeknownst to me, it turns out that at the very same time Redington was having a bit of an identity crisis with the Classic Trout rod line, temporarily discontinuing it and replacing it with rods called the Tempt. So when I received my warranty claim back, my trusty companion was not what I found in the rod tube. Rather, I received a brand new Tempt.

I fished the Tempt a few times and it just didn't feel the same. It wasn't as if the rod didn't try, but we just didn't get along. I honestly doubt they changed the rod much other than the name (and cosmetics), but something was just "off". Maybe it was all psychological, I certainly wouldn't doubt it if it was.

Coincidentally, I was also really starting to enjoy tenkara, and began using those rods for small stream fishing. So the Tempt was relegated to the corner of my spare room, sitting quietly in a rod tube, out of action for quite some time. Fast forward nine years, I finally decided to put the Tempt out of its misery and sell it in 2021. Figured someone should enjoy it, even if I never warmed to it.

Around that same time I moved on to a Orvis Superfine Carbon rod of similar weight and length for my small stream fly fishing. (I mean you can't sell a rod without buying a new rod, right?) I've found the Superfine to be a rod I really like, and have made a point to use when I go on multi-day trips into the mountains, albeit to the resentment of my tenkara rods.

But you know what? There was just something that didn't sit right. For all the polish on the new Orvis, I still missed that Classic Trout.

So, about a month or so ago, I went out and re-acquired a lightly used Redington Classic Trout I found available at a good price through a Facebook group. (Note, not the old 2010 version, but the newer version Redington has re-issued in the years following their misguided flirtation with the Tempt).

Upon receiving, and after a few backyard casts, all seemed right in my fishing world again. I'm really looking forward to making some memories with this old friend again in 2023. Now I just hope the Superfine doesn't mind... 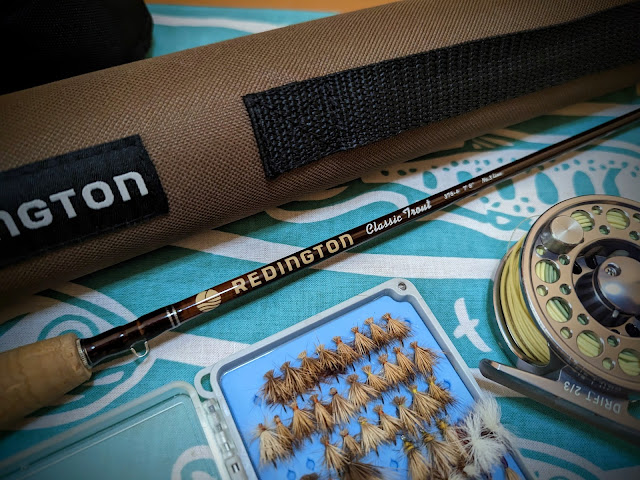 Posted by Michael Agneta at 2:09 PM