Sometimes you just want to be alone.

I love my family, I enjoy the company of good friends, but there is nothing quite as refreshing as solitude on a headwaters trout stream.

A recent trip to North Georgia allowed for a lot of "me time."

It's multiple hours of driving each way. One's mind can wander through an encyclopedia of topics as the monotony of those highway miles melt away the daylight. Racing your GPS's predicted arrival time can be a fun, but fleeting distraction.

You know the weather isn't supposed to be great. The fishing that "turned on" with the warmer Spring temperatures earlier in the week is forecasted to retreat, in favor of overcast skies, intermittent rain, and piscatorial lethargy.

But that's okay. Soon enough it's only you, and the omnipresent whisper of flowing water as a companion. Stepping beneath the canopy, it's soothing... relaxing... the perfect elixir to all that ails. 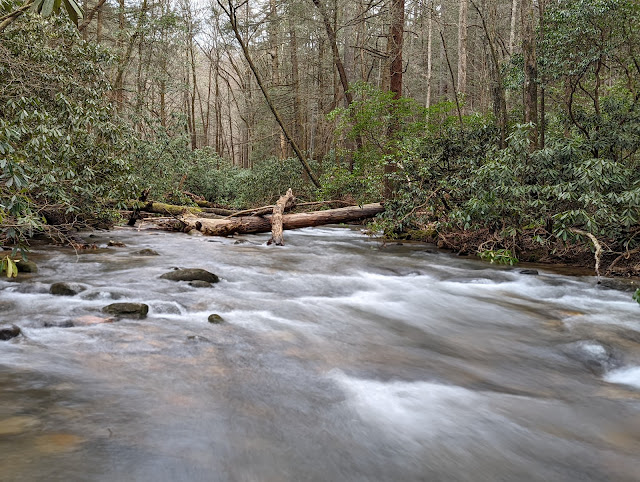 You fall into an almost trance-like state while meandering up the steep mountain flow, softly dropping casts into pockets of soft water, one after another after another. 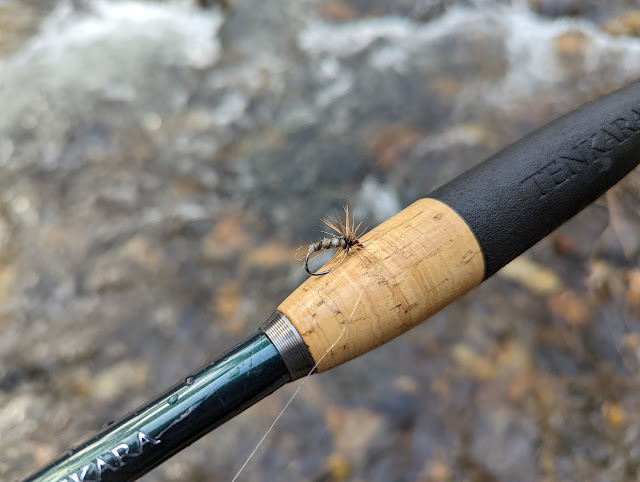 Suddenly, you are jostled out of inebriation by a taut line and bending rod. A visitor bringing a jolt of adrenaline pays a welcomed, albeit brief visit. Arriving dressed for the occasion, you pause to admire their stunning attire. However shortly after your handshake greeting, they quickly, but silently depart. 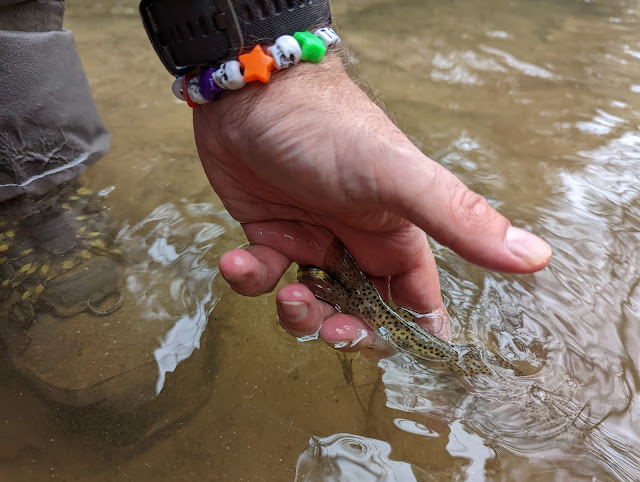 People fish for a lot of different reasons. For food, compensation, entertainment, or even notoriety.

Growing up an only child of divorced parents, I was able to regularly explore the benefits of detachment, affording me the ability to stretch my imagination and independence on demand, without oversight.

As I grow older, it's become apparent that I fish to immerse myself in that comfortably nostalgic feeling of being alone. No emails, no deadlines, no responsibilities. Only a seven hour drive for seven inch fish.

And I wouldn't have it any other way.

Posted by Michael Agneta at 3:11 PM