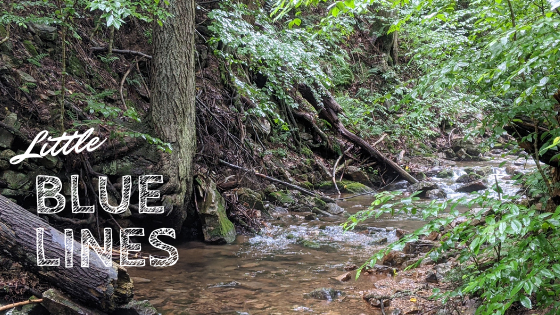 I spent the first 35 years of my life in the suburbs of Philadelphia. No matter where I lay my head at night, the Keystone State will always be home.

Recently, I was able to spend the better part of three consecutive weeks back up in southeastern Pennsylvania. I guess when your employer still has you working remotely, you can technically do that from anywhere. Seeing that window of opportunity, and not knowing how much longer it might last, the family took advantage of this coronavirus-induced loophole in my employment and headed north for a bit of an extended stay.

The trip was a fun (but fast) one. We got to visit with family and friends we hadn't seen in almost two years. We were able to eat all of the wonderful carbohydrates for which Philly-based cuisine is known. I even got to do a little fishing on some of the waters I used write about here, (in what feels like) a very long time ago.

I'll post about some that more familiar fishing over the course of the next few installments, however, today, I wanted to touch on a little side trip. It was actually toward the end of our stay, to water that was new to me, distinguished only by some little blue lines on a map.

The brook trout is the state fish of Pennsylvania. It actually holds that distinction in many states in the northeast. However it's a little hard to come by in its native form near Philadelphia. Stocked brook trout abound in the Spring, but the urbanization of the area makes it fairly inhospitable to brookies (and their successful reproduction) in the wild.

When I lived in Pennsylvania, the closest wild trout water to me was Valley Creek. Other than being smack dab in the middle of Valley Forge Historical Park, Valley Creek is renowned for its thriving population of wild brown trout (despite threats from pollution from busted sewer lines or industrial runoff every few years). As such, I always identified myself as a wild brown trout angler. 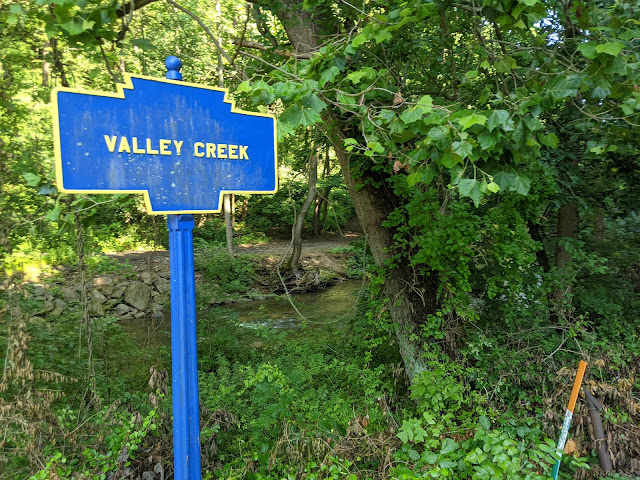 Living in the south the past few years, and frequently enjoying what the nether-reaches of the Georgia & North Carolina Appalachians have to offer, I've become quite smitten with wild brookies. They live in areas where the temperatures are cooler, often times requiring a little extra effort in the form of a hike-in to find. However, once located they're quite eager to take your offerings. In short, they like to live where people don't, but are quite hospitable to visitors. Oh, and don't get me started on those colors.

I knew there were some wild brook trout within an hour's drive of where we were staying in King of Prussia, and thanks to a little bit of map study and even more bushwhacking, they were found in a cool, mountain stream, away from people, just as I had hoped. Temperatures had been extremely hot the prior week, but having rained the night before the water levels were almost ideal. There was even a little chill in the morning air that cut the humidity, a welcomed bonus. 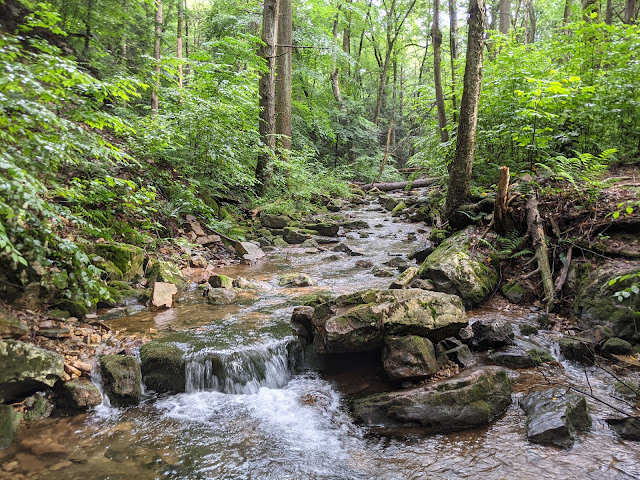 It's always a bit nerve-racking when you fish new water for the first time. If you pass features you think might hold fish, but don't get any response to your fly, it can make you second guess what you're doing. Perhaps you begin to wonder if the fish are even there? Especially if your outing might be considered more "prospecting" than a sure thing. 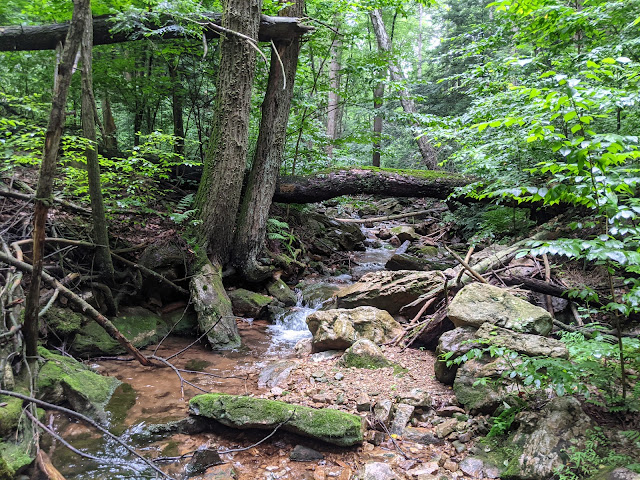 Fortunately, on this trip, the third plunge pool brought the first brookie to hand. It was tiny, but it was a Pennsylvania native, a background we both shared. 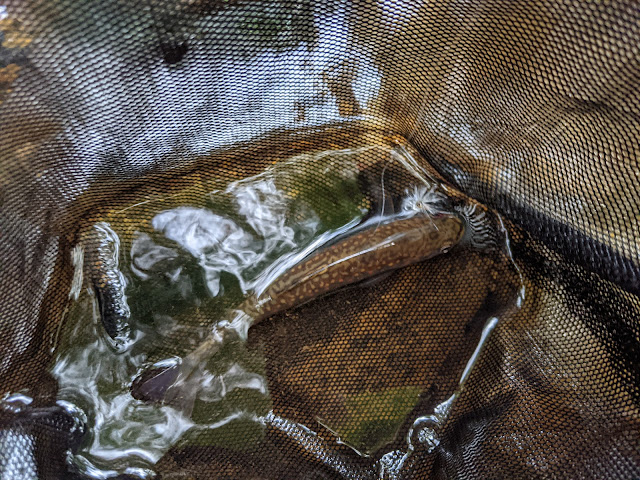 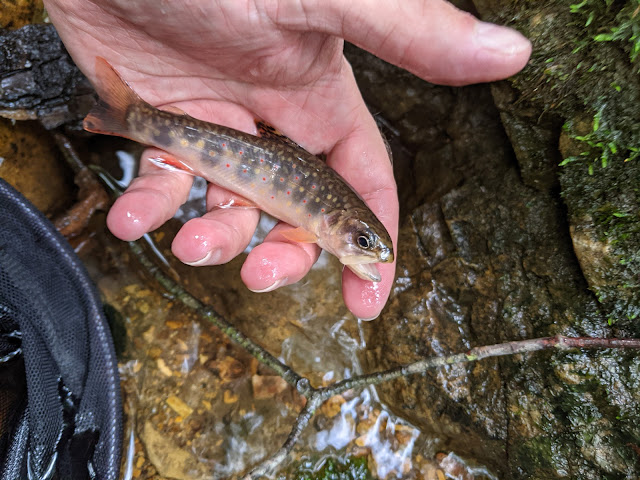 From there, I got to meet with several other fish, the largest and prettiest being a fairly skinny specimen found residing beside a downed tree. It took the fly with aggression, followed likely by regret, but swam off quickly once released. 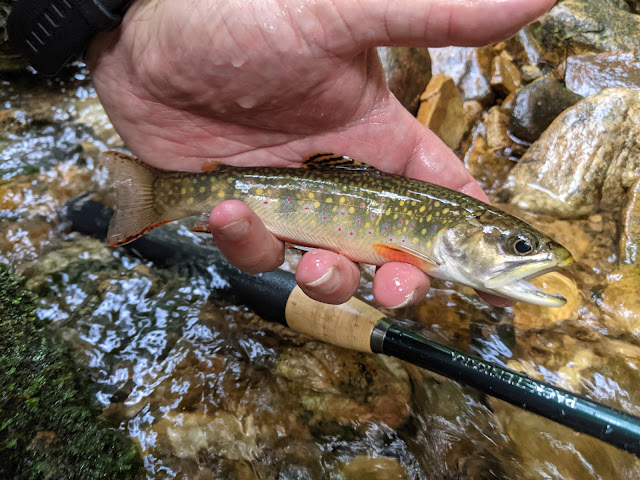 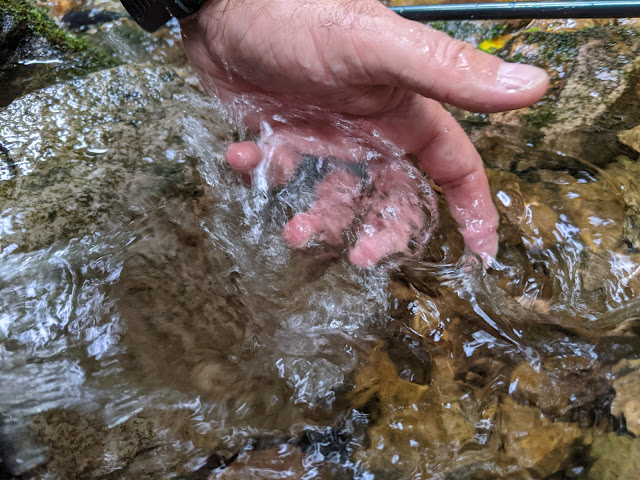 This didn't prove to be a particularly long outing, as the headwater stream eventually got too small and narrow to fish, but it was certainly worth the journey. A refreshing morning in the southeastern Pennsylvania hills, paired with the frequent company of beautifully wild brook trout.

Little blue lines, the stuff of this native Pennsylvanian's dreams. 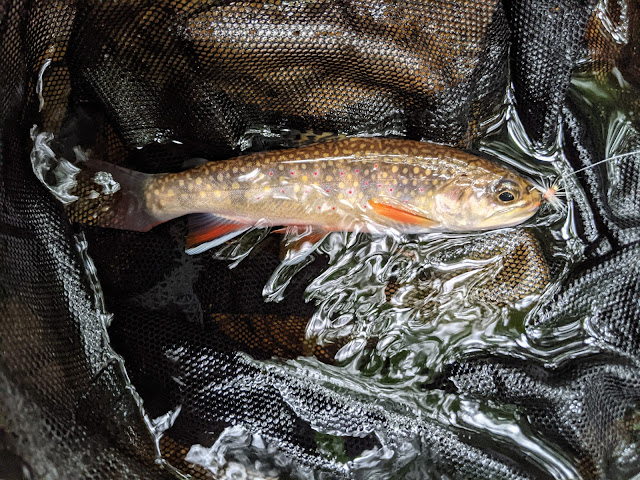