The Splat Rat and Other Miscellany

I was hoping to head up to North Georgia this upcoming weekend, but the weather doesn't look all that favorable. A seven hour drive for uncertain fishing conditions might be a bit too big of a leap of faith to take, but I still have a few days, so we'll see how that works out.

I'm particularly excited to get fishing again because I have a new tenkara rod to play around with, the relatively new Dragontail Mutant. Brent Auger was kind enough to send over a tester so I could do an evaluation and review over on Tenkara Angler, and since it arrived last Friday, it's been screaming for a proper workout.

Over in Facebookland, Jason Sparks recently shared an article about shrew-eating trout. The article was not new, actually dating back to 2013, but it got me thinking about a pattern I'd really like to start tying up. Not necessarily for trout, but for local bass. It's called the "Splat Rat" and it seems like a ridiculously easy fly to tie. Plus it utilizes a somewhat "unique" ingredient, foam pipe insulation.

I was first introduced to the pattern by Kai Cornelius (a fellow tenkara angler), who used to fish it liberally when he lived out in Utah. But for whatever the reason I never acted on the impulse to actually tie one before. Think that'll change, especially if I do get washed out this weekend and have time to make a run over to the hardware store for essential supplies.

Here's a quick video on how to assemble one from noted tyer, Rob Snowhite.

Finally, I received the latest TROUT magazine the other day and in paging through all of the interesting entries, there was an eye-catching (and perhaps thirst-quenching) conservation initiative highlighted on page 63.
Heirloom Rustic Ales in Tulsa, Oklahoma recently partnered with local Trout Unlimited Chapter 420 to create Longear Lager, a very "fishy" beer that contributes $1 from each four pack sold back to that TU chapter's conservation efforts. A very worthwhile cause... plus, the cans just look damn cool. Seems like a win-win to me! 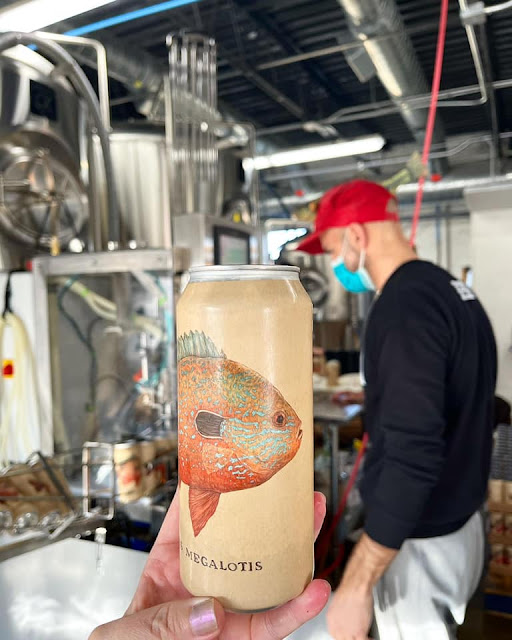