So my attempt to rediscover fly fishing blogging started off ok...

But then last Wednesday happened, and kind of knocked me off my game. You know, January 6th... yeah, that was pretty, well, you know.

Anyway, I'm going to ease back in this week. The goal is to keep the lights on over here, whether I'm actually fishing or not.

Last weekend was chilly by Florida standards, in the 40s, so I didn't bother getting out. The bass just aren't that frisky when there's a chill in the air... and that's okay, just sort of need to know one's limits. 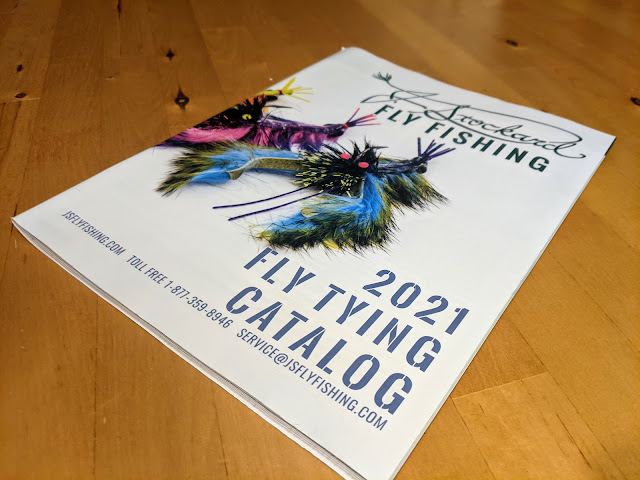 Instead, I paged through some of the mailings I received. Most notably, the J. Stockard fly tying catalog. As when it comes to fly tying, and all of the little doodads and widgets that can go along with it, I firmly believe a print catalog is the best way to peruse the merchandise. An internet website just doesn't do the shopping experience justice in my opinion.

I don't tie particularly complex flies, but I think I might play around with two things this upcoming year.

The first is UV resin. Back in the day I used to know the stuff as Clear Cure Goo, but I guess that brand name went under at some point. I still haven't taken the plunge, and I think I want to finally give it a try. Don't really have any patterns in mind, but seems like it'll be fun to mess with. 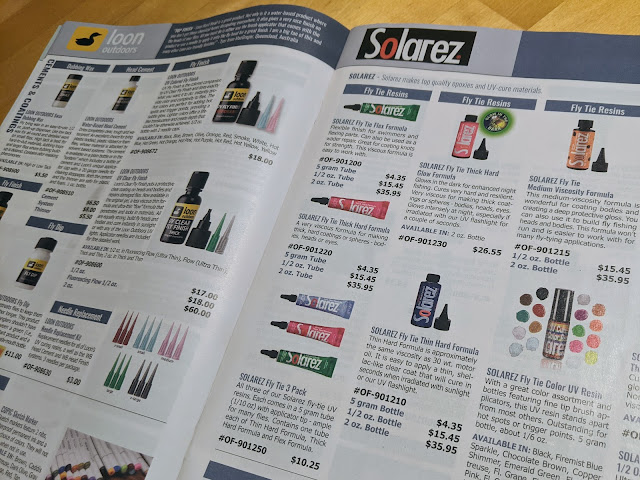 The second is what this catalog calls "dragon tails." My daughter calls them worms, or more appropriately "wœrms." She buys them like 5 for a dollar or something at Dollar Tree, ties them to strings and makes them move around like a puppet for Instagram movies. Shoot, I had these as a kid and I think it's something the younger teen set is doing as retro, quirky humor. There's memes and that stuff too.

The fly tying industry is taking those worms, adding  a 1000% markup, and selling them as tails for flies for those seeking warmwater monsters. Sounds good enough to me. Lilly doesn't know it yet, but some of her wœrms may be going missing very soon. 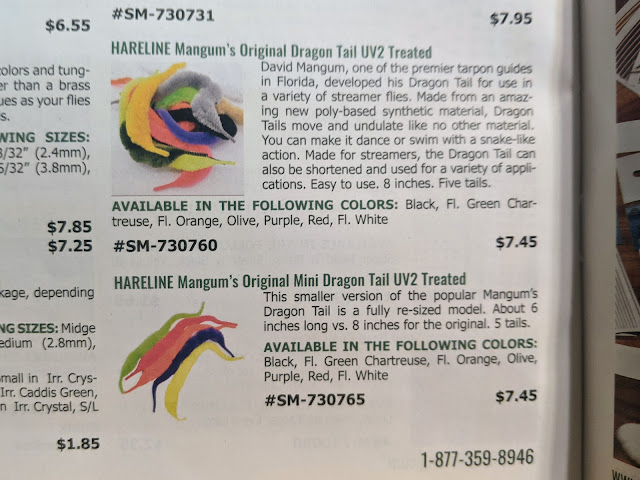 Looking forward to taking that first grip and grin photo with my version of a worm on a string... and a hook. Perhaps I'll even keep the googly eyes intact. Can't hurt, right? 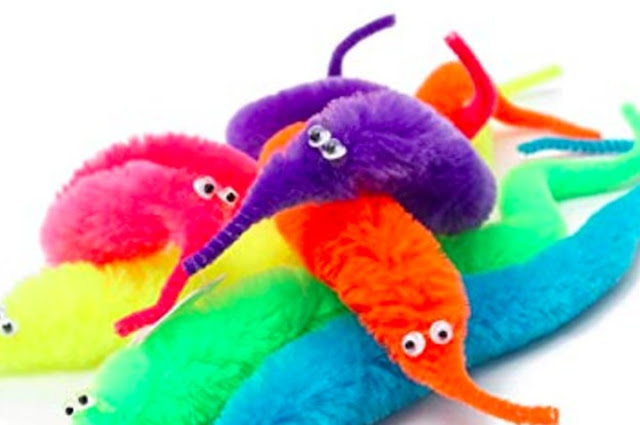