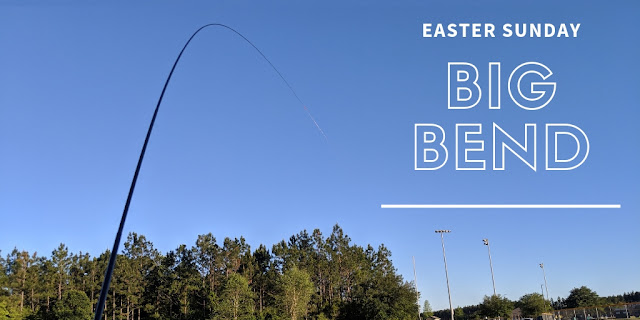 Now I'm not going to pretend, pond fishing for bluegill is not particularly difficult. Tie a fly on, toss it out, and you're almost guaranteed to catch something. Anyway, that was the plan for yesterday evening, to catch a few fish before the weekend ended and it was time to reboot the work week...

What set yesterday apart was the size of the copperhead bluegills that came to hand. Virtually no dink bluegill for a change. All were legit, the kind you can barely hold in one hand. All really solid and particularly strong fighters that put a nice big bend on the end of a fixed-line rod. 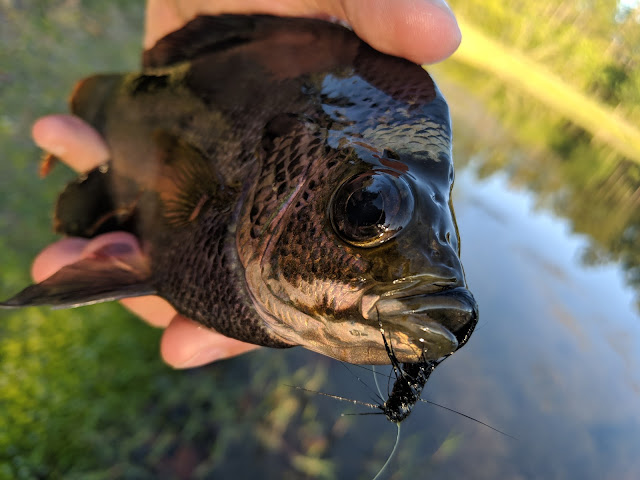 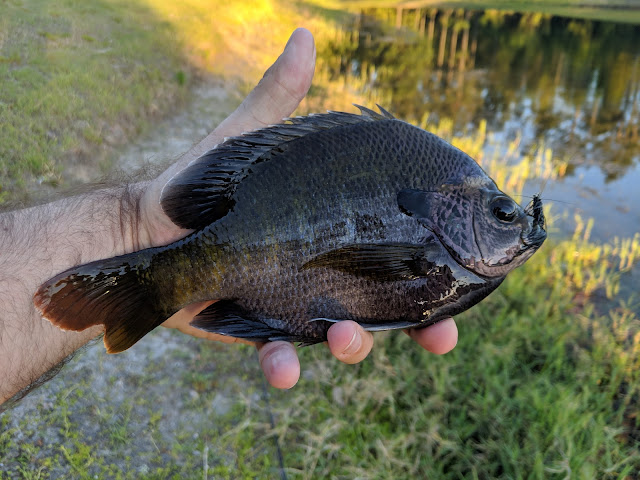 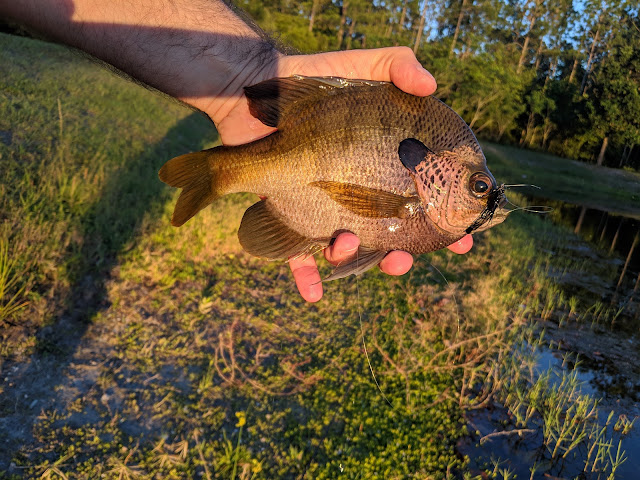 It wasn't just bluegills though, I also caught a few bass as well, as the fish were generally fairly frisky. Fortunately, the recipe was rather easy. Black woolly bugger... cast at about 10 or 11 o'clock... let it sink for a count of five... slow twitch it horizontally across your body (or along structure) back to the bank. Even when you couldn't sight the the fish while in pursuit, the swirl in the water a foot behind where your line entered the water was a dead giveaway to brace for an impending strike. 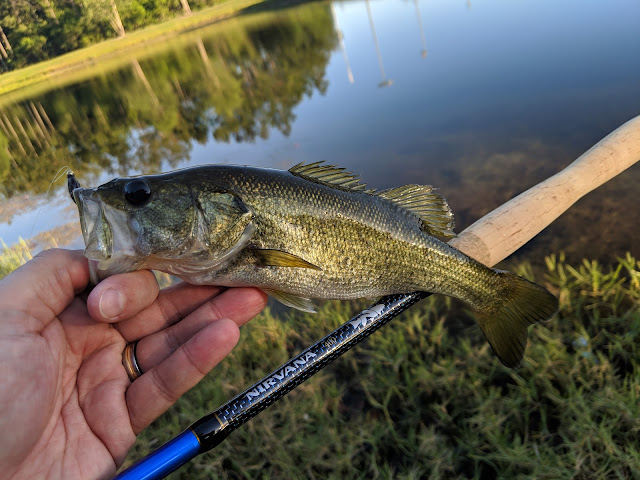 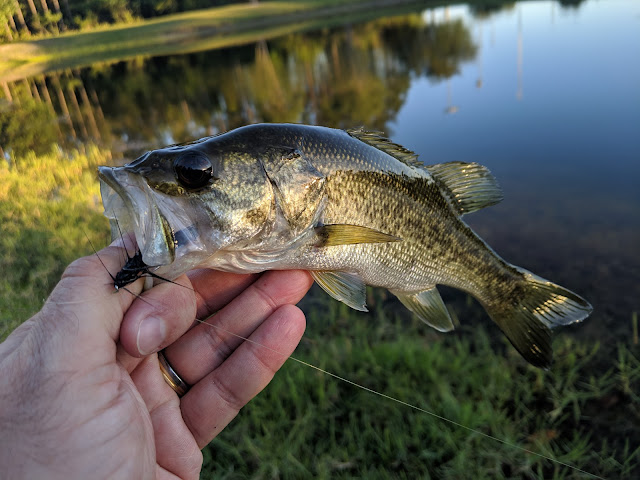 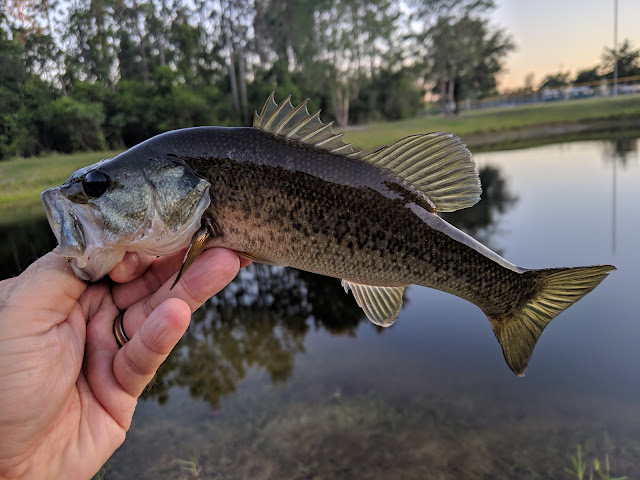 It was a fun way to kill an hour and a half at sunset on Easter Sunday. 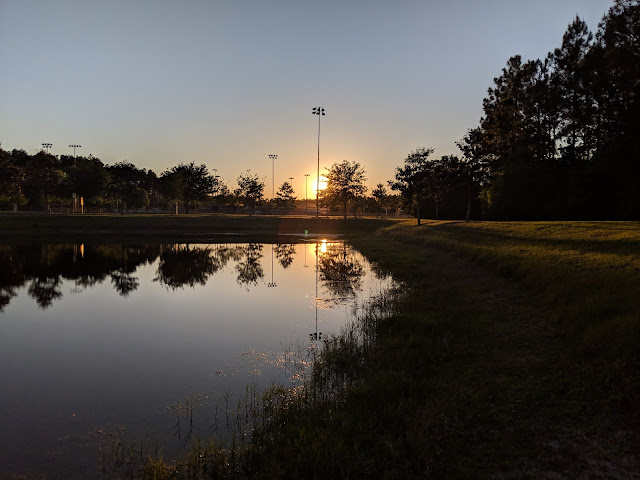