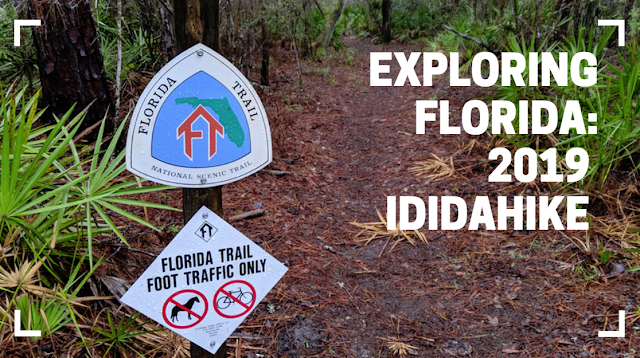 This past Saturday (March 2nd), I decided to join about 150 other hikers on for the 2019 "Ididahike," an almost eleven mile hike on the Florida Trail as it runs alongside the Suwannee River. I found out about the hike via a local REI events email and impulsively signed up. The annual hike is one the Florida Trail Association's larger fundraisers, so it seemed like a good cause.

Heck, I didn't even really know there was a Florida Trail, but I suppose there is, all 1100 miles worth between its two termini in South Florida (Tamiami Trail) and Pensacola in the western panhandle. Not as sexy a thru-hike as the Appalachian or Pacific Crest, but still, that's a lot of ground to cover.

Anyway, there was what seemed like a good turnout, and everyone was in positive spirits despite some pretty nasty Florida thunderstorms all morning. Much of the hike was in a downpour, but it's Florida, so while it was wet, it was still plenty warm.

As for me? My phone said I completed the hike in a little under four hours. I probably could have finished sooner, but I lost a half an hour at the multiple checkpoints along the way stopping to talk to many of the other hikers... one guy was all the way from Ontario! I was also somewhat surprised how sandy the banks of the Suwannee were. If the weather was nicer, it could have been a beach day.

Heck, I'll even toss in an unsolicited recommendation, Altra makes some damn good trail shoes (Lone Peaks). I was a bit achy after the hike, but my feet felt great!

In any event, here are some photos and a little video. 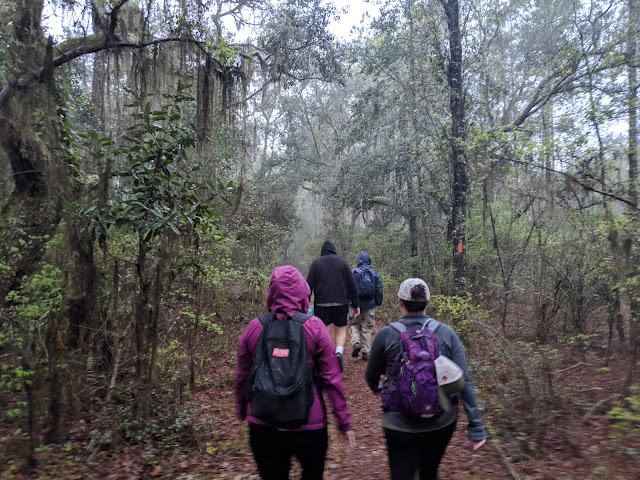 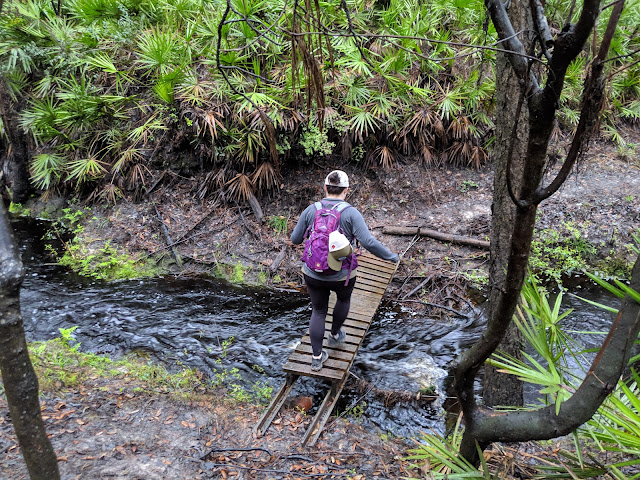 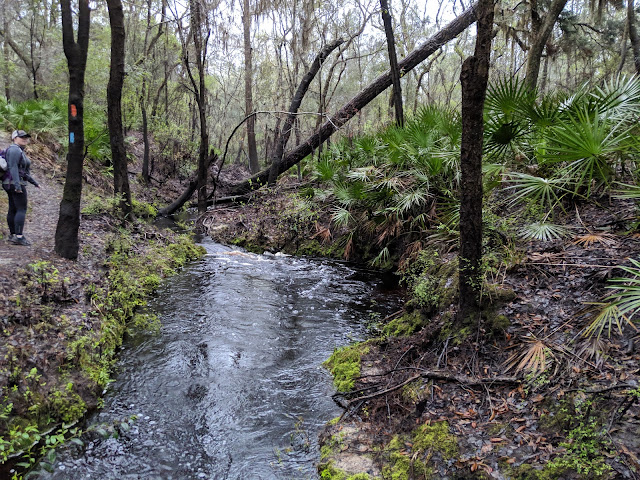 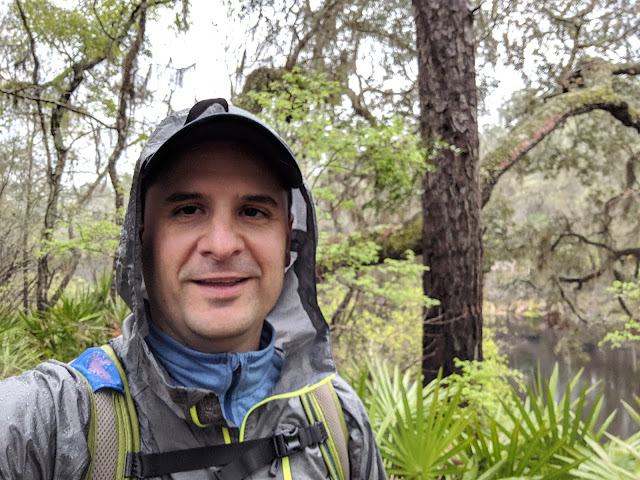 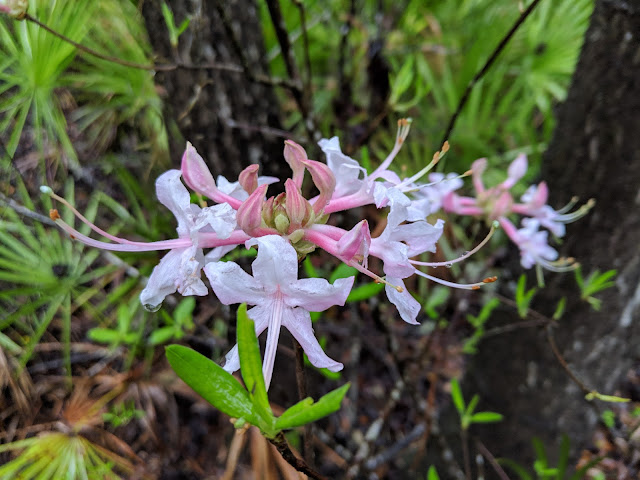 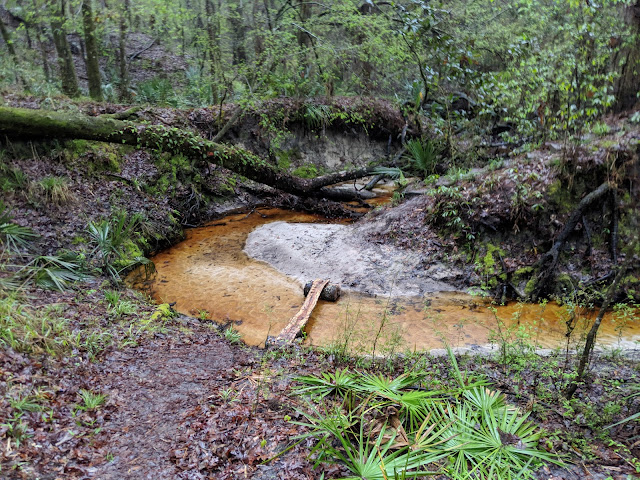 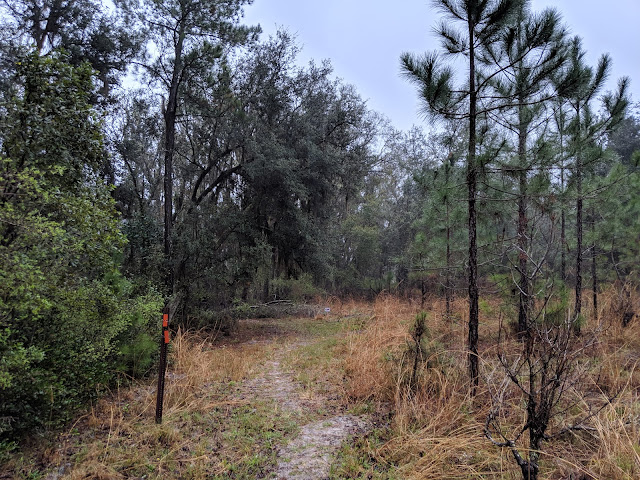 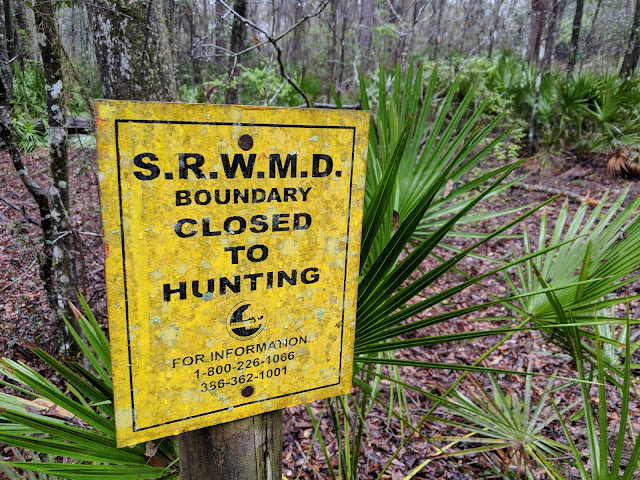 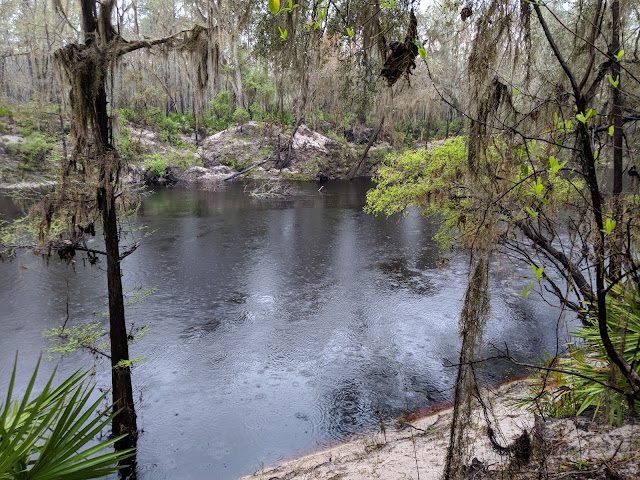 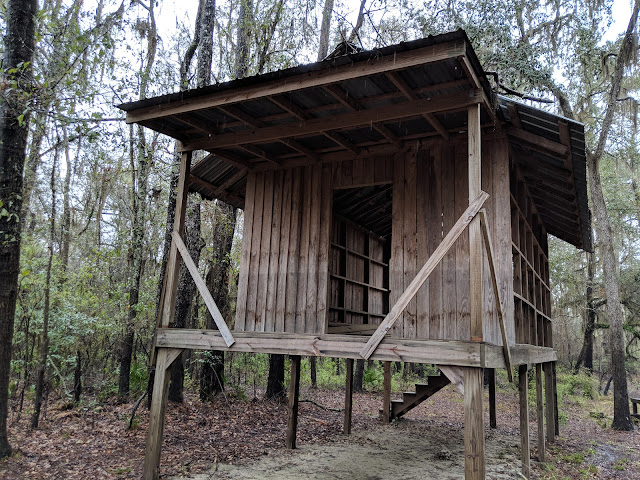 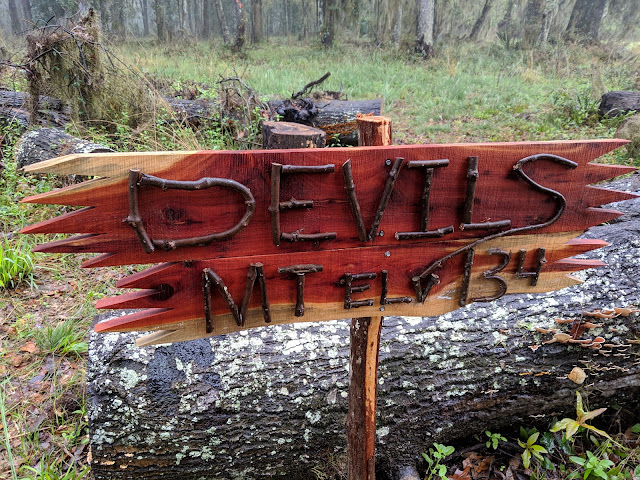 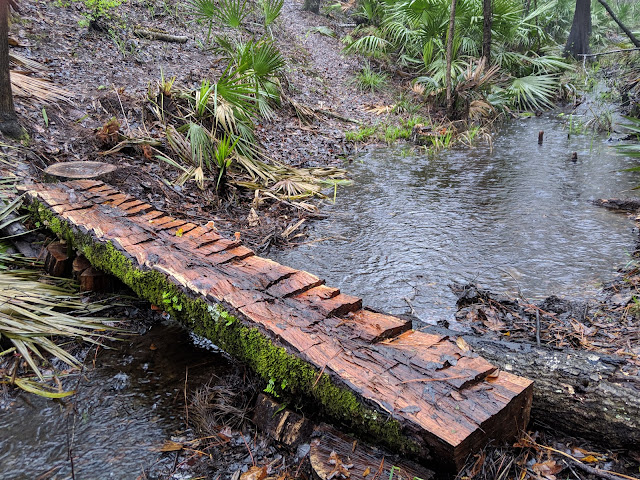 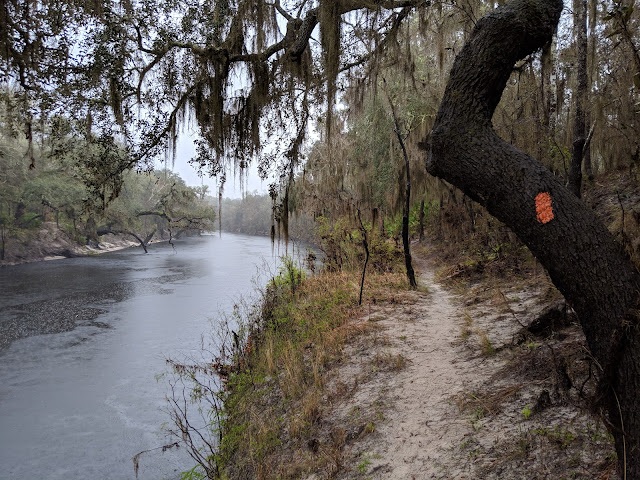 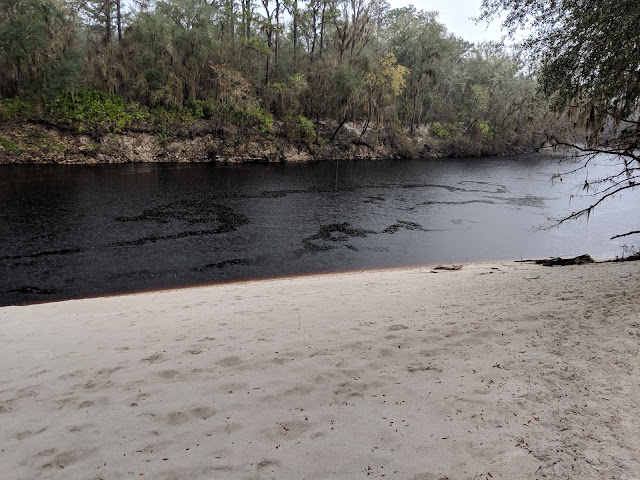 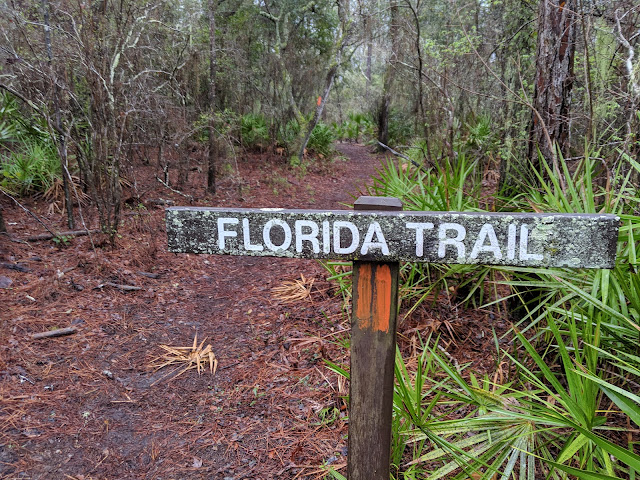 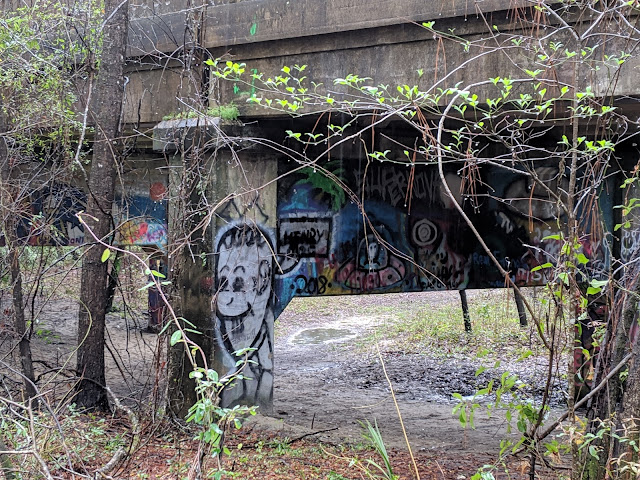 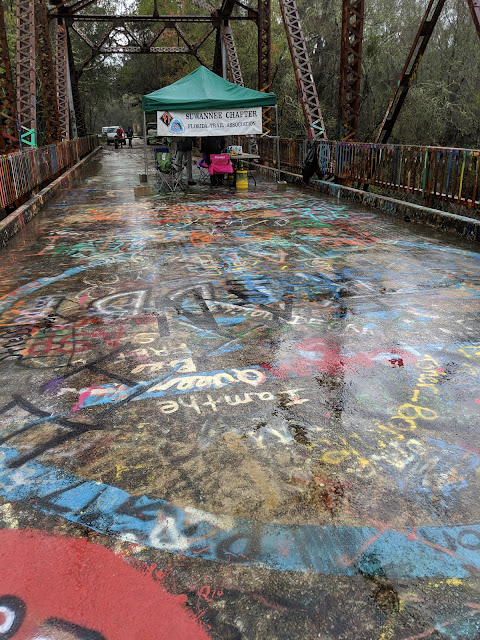 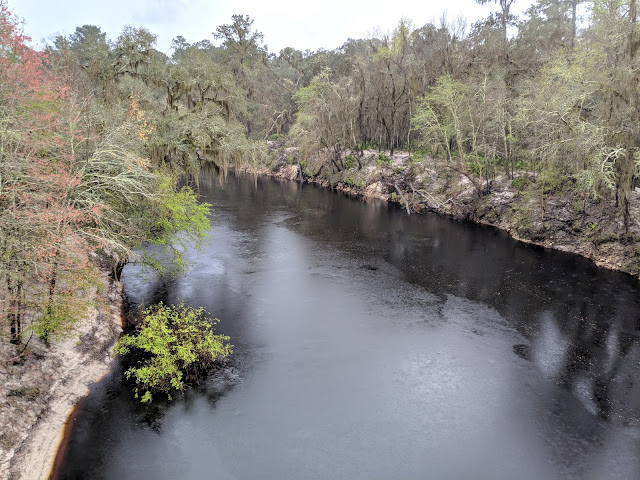 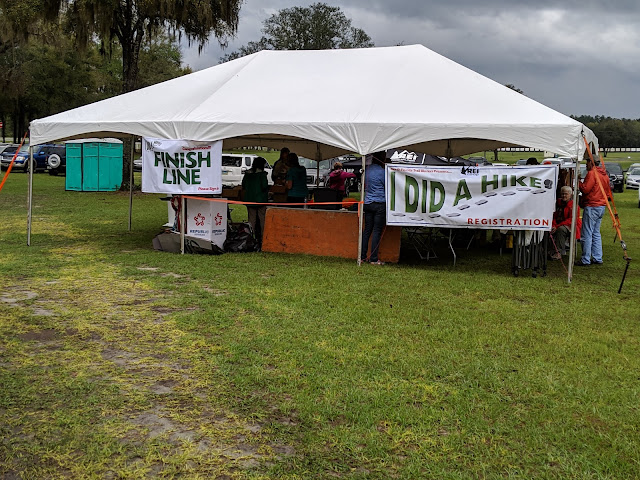 Here's a map, we hiked along the river starting in the bottom right near where it makes that last bend toward I-75, northwest to the upper left where the river crosses Route 129 at the Spirit of the Suwannee Music Park Campground.