Tenkara Tuesday: There's Some Great Content Out There Right Now...

Man, it's a great time to be a tenkara angler. With folks emerging from their winter hibernation, there's been a lot of great content floating around the internet recently to really get you stoked to go fishing. In today's post, I'll do a quick spin through some of the things that have caught my eye...

It's been cool to see some of the better tenkara-friendly blogs release a stream of new material after periods of silence. First off, Jason Klass has been on a roll lately pumping out new posts over at Tenkara Talk. A lot of the recent entries have been gear-oriented - flies, packs, boots, accessories - so before you hit the water, head over to do some serious reading so you can figure out what you may (or may not) need to bring along. 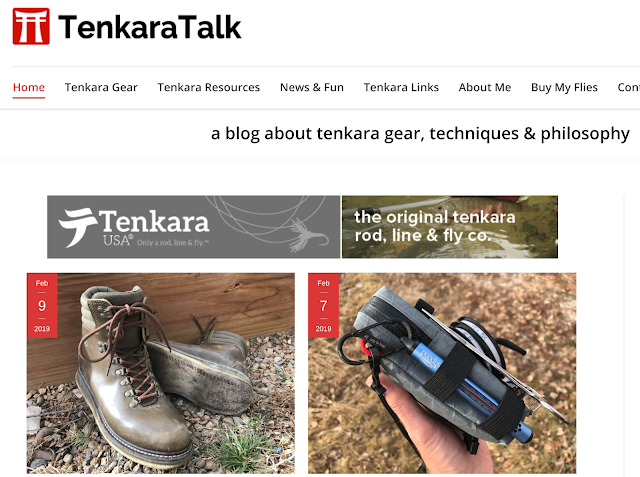 Additionally, Anthony Naples has resuscitated his Casting Around blog. I always enjoyed Anthony's writing and the latest installments are no different. A few new entries on flies and fly tying have been extremely informative reads. 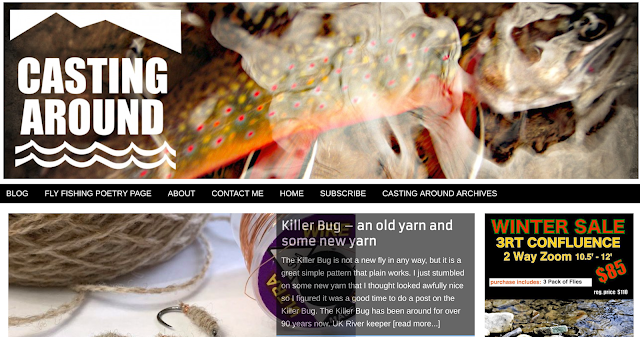 Discover Tenkara's John Pearson and Paul Gaskell have done it again with their new DVD/download release, "Manipulations: The Illusion of Life in Fly Fishing." There is nobody out there right now producing the kind of high quality instructional product these guys do, and this video is phenomenal. It does a really deep dive on using fly manipulation to entice unresponsive fish... but the best part is it's not just intended for tenkara anglers, but standard fly anglers as well. Check out the beautiful camerawork in this short video excerpt...

This week, two tenkara-themed e-magazines were released, so if you're into that sort of thing you're in luck!

The first, the February issue of mounTEN, Tenkara USA's zine, is wonderfully composed with a feature on Katsutoshi Amano. There's also a fascinating look back at their "launch" video... you know the one that got everybody asking, "but where's his reel?", and of course, the fantastic artwork of Jeremy Shellhorn. Heck, you might even see a familiar name or two in the article about Tenkara USA's best-selling rod, the Sato. Check it, you won't regret it.


Oh, and I'd remiss if I didn't mention the newly released "Best Of" Tenkara Angler Warm Water Fixed-Line Mashup issue. Yeah, due to popular demand, I pulled together all of the great warm water content (think bass, panfish, carp, etc...) from the past three years and compiled them into one (re)issue. The response has been pretty favorable so far, so if you're interested in pursuing any of those species with your tenkara rod, you may want to give it a look...


So, looks like you've all got a lot to read and watch now... I hope you enjoy it all as much as I did!