An Afternoon with the Bassmasters 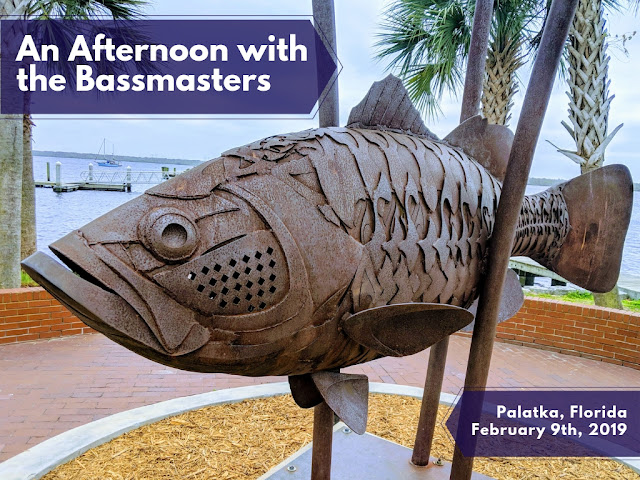 Guess they're not called "Bassmasters" for nothing. This past weekend, the B.A.S.S. Bassmaster Elite Series kicked off their 2019 season about forty five minutes from my house in Palatka, Florida. The anglers ran down to nearby Lake George the past four days and put up some really amazing numbers.

I decided to head down to the event grounds in Riverfront Park on Saturday afternoon. The sponsors of the tour such as Berkley/Abu Garcia, Toyota, Carhartt, Power Pole, Mercury, Nitro Boats, and Academy Sports set up tents and gave away freebies while the anglers are out fishing. 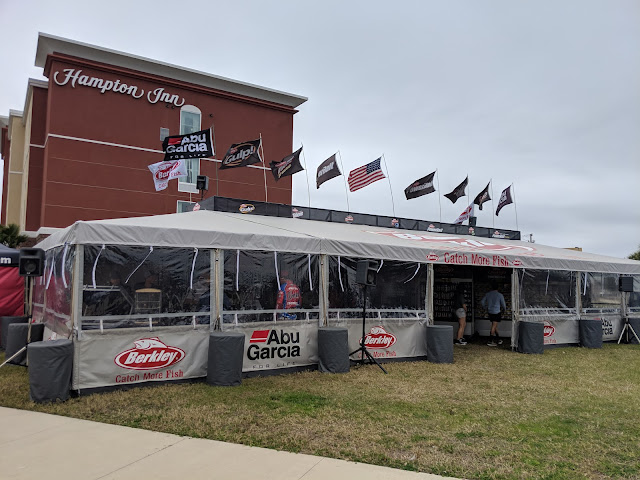 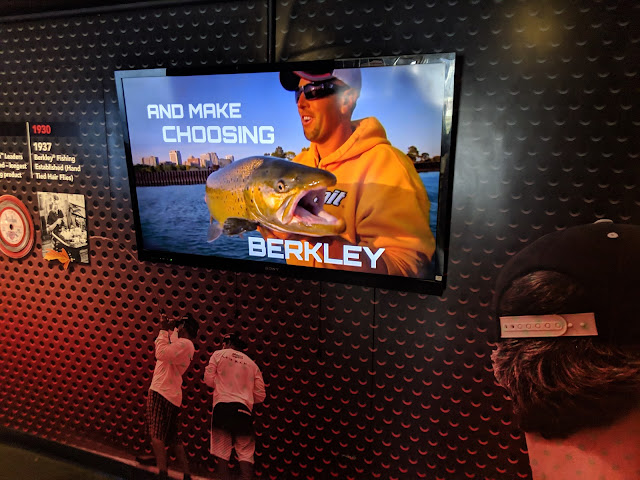 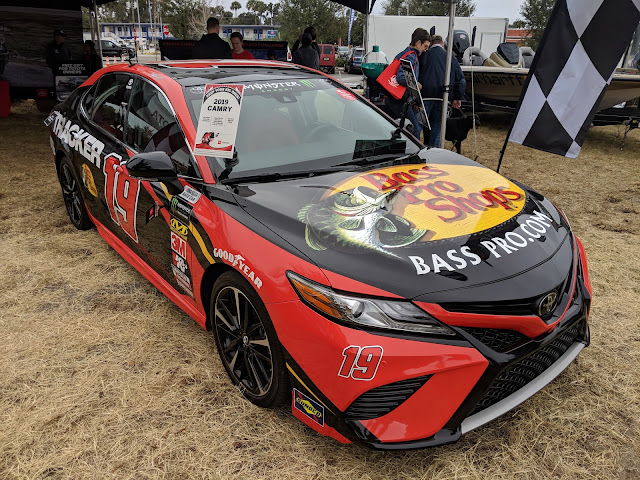 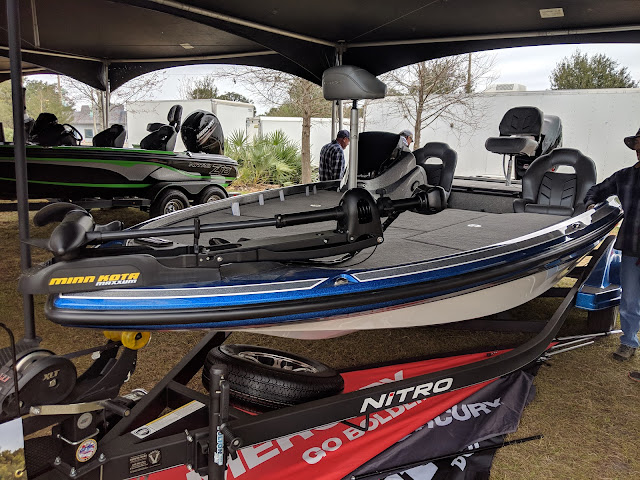 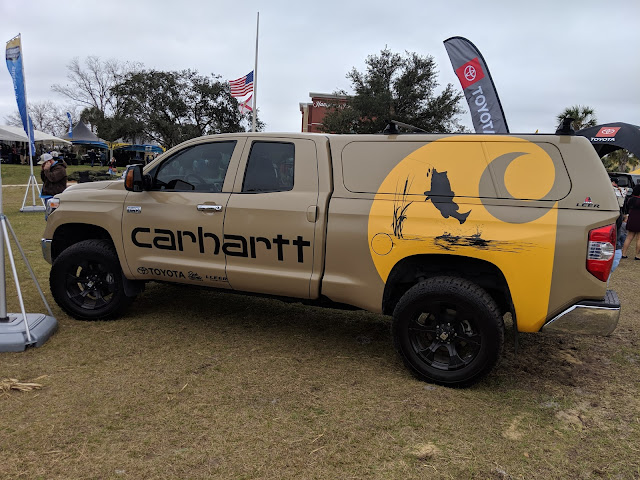 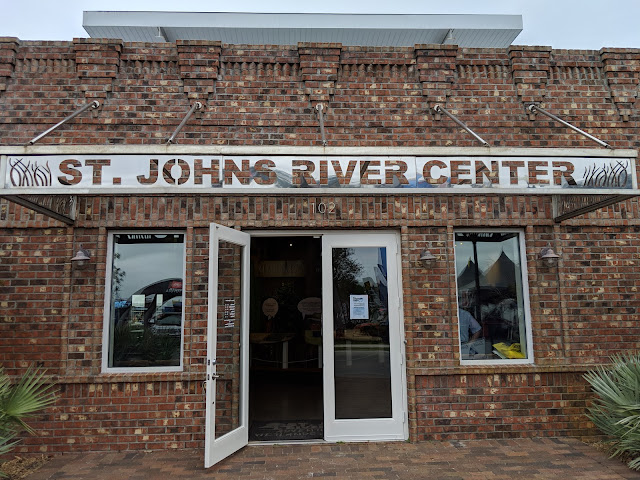 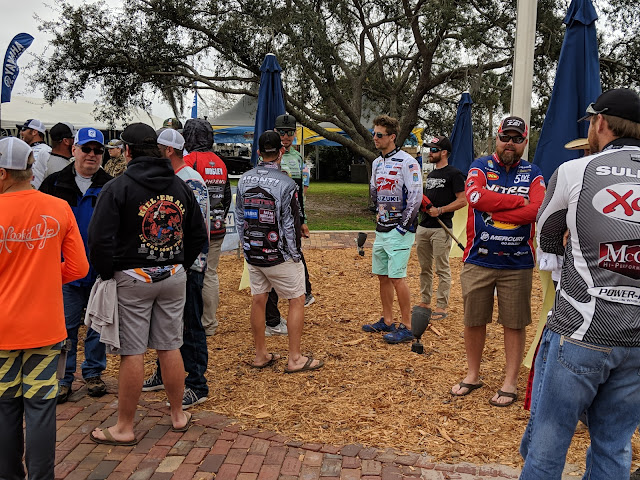 Even though the anglers were competing miles down river, you can watch the actual fishing action live on a big screen, (with NFL style play-by-play & analysis) and then there's a weigh-in once they all come back to the stage area. Saturday was the "cut-down" day, as the top ten cumulative weights from the three prior days would compete on Sunday for the championship. 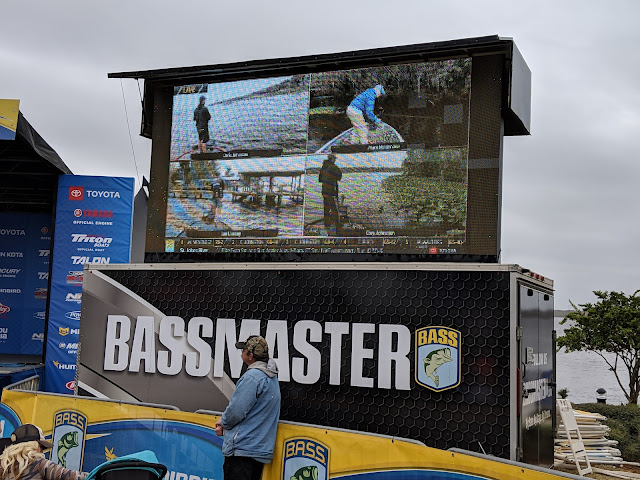 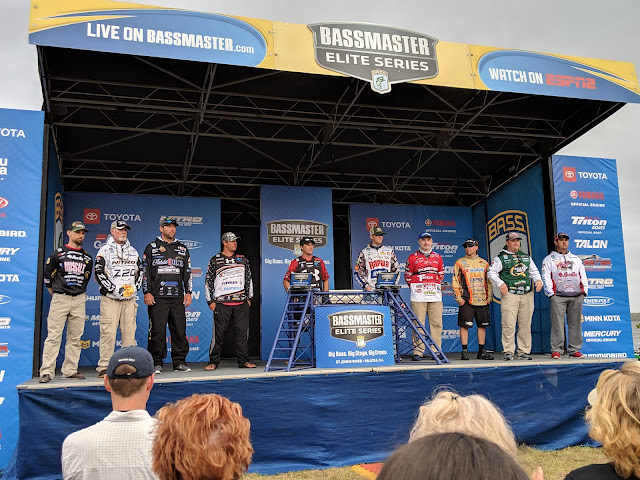 Now, I'm not really a fan of professional bass fishing, I kind of went out of novelty, but evidently Saturday was one of the more memorable days of bass fishing in recent history... The catching was pretty much rapid fire, and the St. John's River fishery produced some beasts.

Anglers bring back their best 5 fish for weigh-in, and there were several "bags" weighing in the high-twenties, and two well over 30 pounds! It was rare for somebody to come up to the scales with less than twenty pounds of largemouth bass, which is usually considered a good day.

In any event, here's a few photos from the weigh in. The largest bag was caught by Clifford Pirch at over 34 pounds. The day three leader was Chris Johnston with a weight total of over 75 pounds. 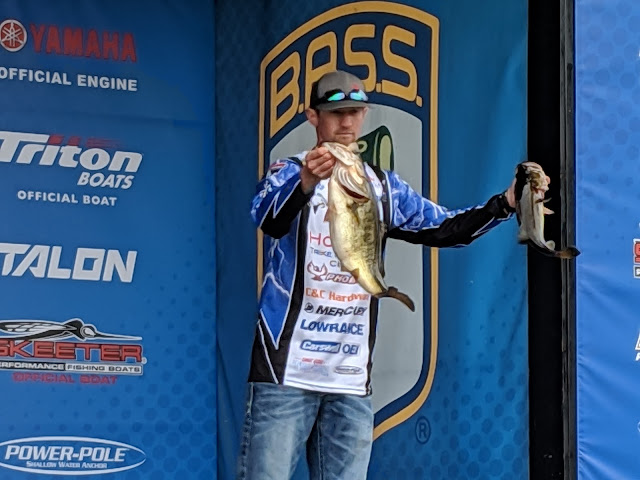 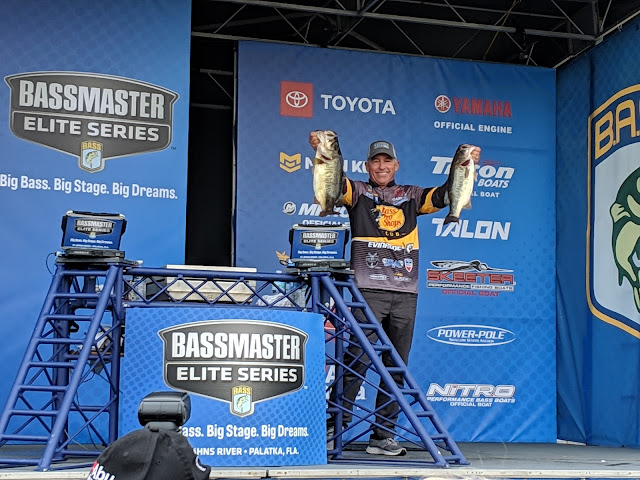 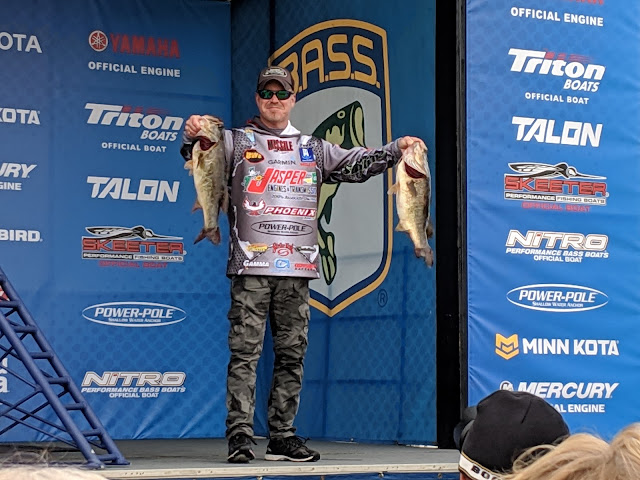 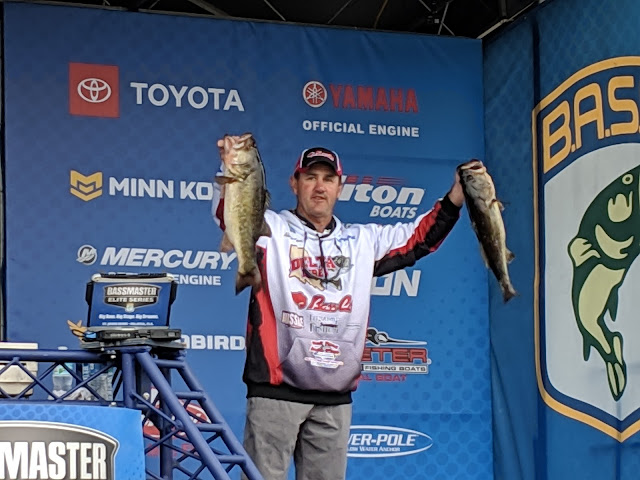 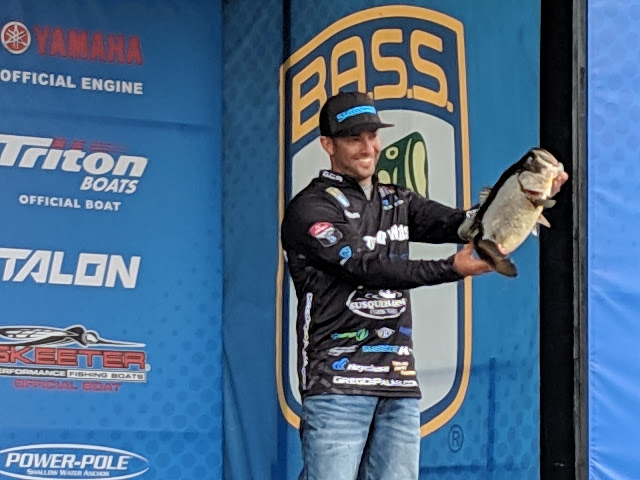 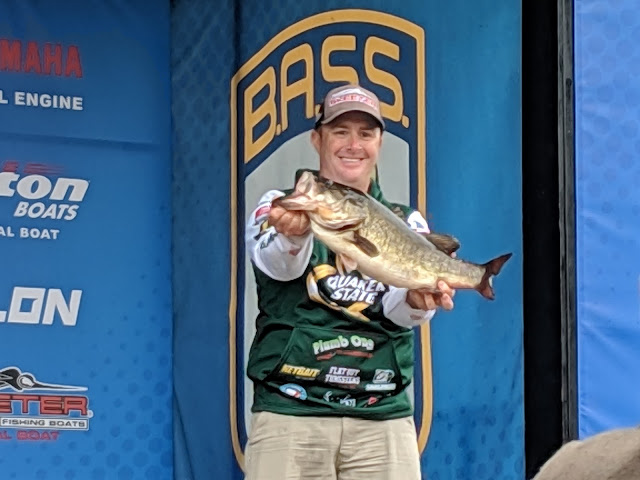 Amazingly, none of those anglers won the event. Veteran tourney angler Rick Clunn evidently had a HUGE Sunday and outfished almost everybody by 10 pounds to take home the trophy. Here's Mr. Clunn hoisting two from his 23 pound Saturday haul. 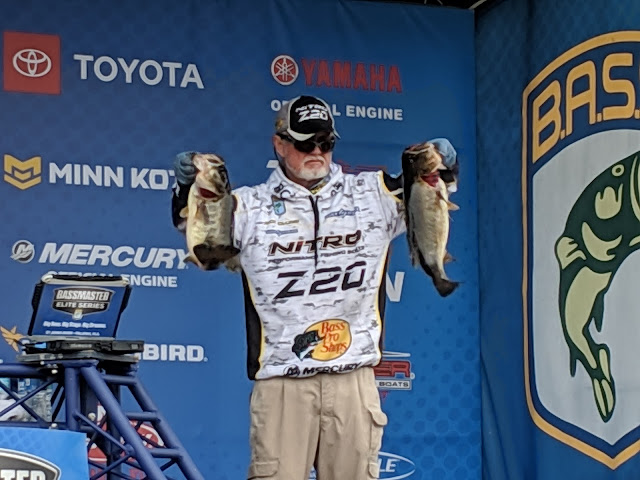 Despite some pretty crummy weather, it was a pretty fun way to spend an afternoon. There was a surprisingly large crowd at the weigh-in and there was just enough to do to kill the time in the lead up. While it's not a substitute for actual fishing, should you ever get the chance to attend one of these events... do it. It's always fascinating to watch people who are arguably the best in the world at what they do, regardless of what it is.
Posted by Michael Agneta at 3:00 AM