2019: The Troutrageous Year of Soft Hackles?

I've got traditional soft-hackled wet flies on the brain.

But this time I'm not talking about the iconic, reverse-hackled tenkara "sakasa kebari" you're probably accustomed to seeing featured on this blog. Instead, I'm talking about somewhat more familiar patterns, such as spiders, flymphs, and other sparsely adorned flies that go all the way back to the beginnings of the sport. Flies that may not be the first choice of the angler of today, but are awesome fish catchers nonetheless. 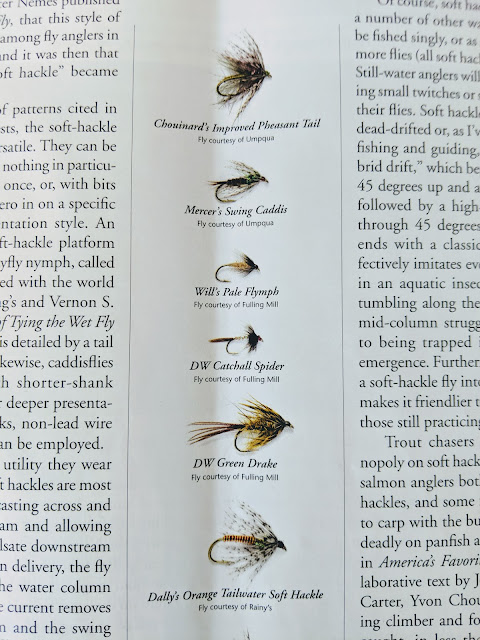 I'm not much of a fly tier, but instead of tying reverse hackles for my tenkara and streamers and nymphs for my fly fishing, I'd like to learn about a half dozen simple (& historically classic) soft hackle wet fly patterns and then use them universally throughout my fly fishing. I'd definitely like to dive into this style of fly a bit deeper in 2019.

Fortunately, the current issue of Eastern Fly Fishing magazine dropped a two-page spread on the subject, including a bit about the history of soft-hackles that really got my juices flowing. I already own a few resources (such as Morgan Lyle's "Simple Flies") that should help the cause as well. 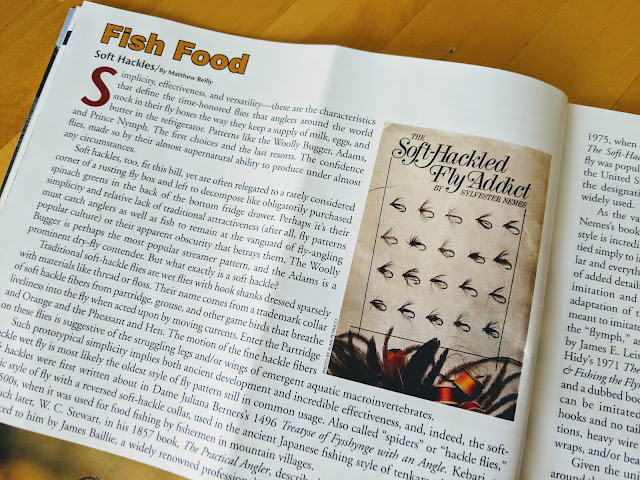 So if you happen to have any suggestions, I'd totally welcome them the comments below.

Perhaps there are a few choice "Southern" patterns developed or traditionally used in the Appalachians that I can try to take some native brook trout on the next time in northern Georgia or North Carolina.

In any event, I hope you don't mind some posts about the subject, for as I dig into new (to me) patterns, I'll probably be writing about them here as well. Just don't expect me to churn out anything as nice as what Robb Chunco at Creekside Kebari + Fly Co. ties. I got this cup of flies for Christmas, and the soft hackles in that upper right quadrant are simply drool-worthy. 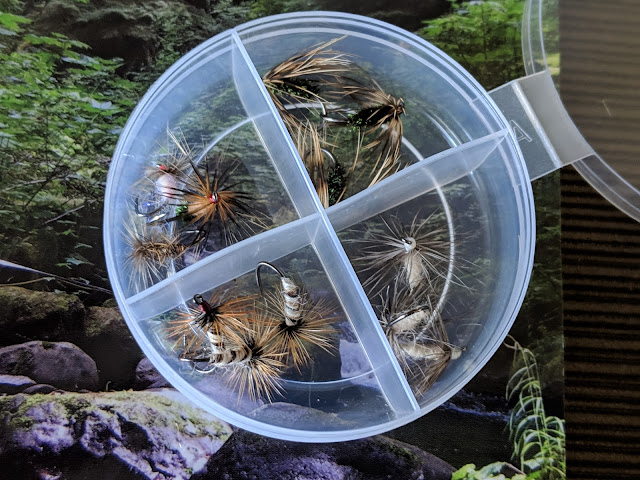