Three Highlights from IF4

Two Fridays ago, the International Fly Fishing Film Festival (IF4) hit Jacksonville, in concert with Blackfly Outfitters' Floodtide Festival weekend. The IF4 viewing was held at the Univerisity of North Florida and was brought to the area by Bullsugar.org (more on them at the end of this post).

While the turnout was respectable, but a little on the light side, the videos were phenomenal, and somewhat surprising to me, were very "trout and char" in nature. I probably incorrectly had it in my head that the videos shown were tailored to the locale, so I figured we'd be watching a lot more from the salt. 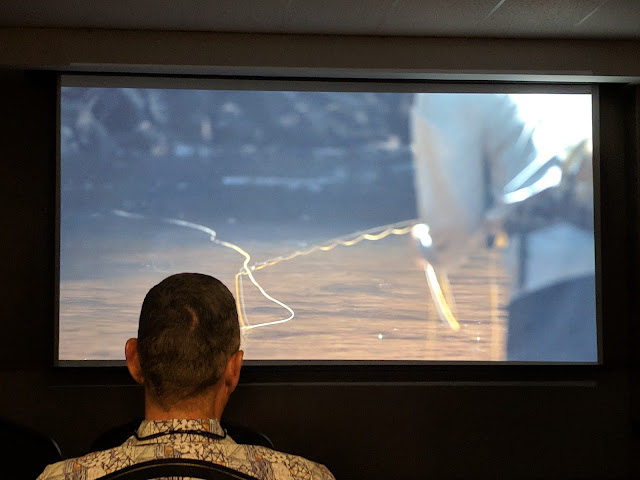 Three of my favorites were as follows:


A short film about a young angler who overcame a personal disability to become a first-class salmon fly tyer. This is the kind of story that tugs at your heart-strings, especially when he gets to actually go fishing for Atlantic salmon for the first time.


This movie makes me want to drop everything and go find some Arctic char. It follows some anglers' quest to find outrageously sized char, basically in the middle of nowhere up in the Arctic circle. The mix of desolation, extreme cold, and unresponsive fish all seem to want to derail the trip... until they finally crack the code in a BIG way.


Confluentus: The Merging of All Things


I'm pretty sure this was my favorite film of the batch because it was by far the most relatable. Anglers who strap on their backpacks, go off the grid and go find their own adventures... in this case, bull trout in wilderness waters. It shows you don't need to have a lot of money to have an incredible fishing experience, as long as you put the work in to make it happen.


Now I'm not sure if any of these films can be viewed in their entirety yet outside of the IF4, so I'm really just planting the seed by sharing these preview embeds. If the IF4 isn't coming to a town near you soon, I'm certain these will be made available to the public sometime in the future. Make a point to see them all, they're each fantastic stories in their own way.

In closing, I did want to put out a little commercial for Bullsugar.org, especially if you're a Floridian reading this post. It doesn't matter if you're a Democrat or Republican, the way water is being managed in the state of Florida is highly suspect, and that's being kind.

"Bullsugar.org is a grassroots organization founded by Stuart residents in August 2014 on the belief that stopping the damaging discharges to our coasts and restoring the Everglades is not a science or engineering problem. The science has been known for decades. Our problem is a political problem -- and it requires a political solution.

Using social media we are spreading the word that the only way to stop the destructive discharges and restore clean freshwater flows to Florida Bay is to acquire land in the EAA to reconnect Lake Okeechobee and the Everglades. The River of Grass has been dammed and diverted to both coasts. Until the flow is restored southward, all three estuaries -- east, west, and south -- will continue to suffer, impacting Florida's tourism & real estate economy.

Bullsugar.org aims to empower voters to take back our water and government. Future generations of Floridians deserve a healthy River of Grass and clean water."

Even if you don't align 100% with Bullsugar.org's stances & solutions, simply put, with general elections coming up in November, get educated on the issues and what each of the candidates stands for. As residents of Florida, we can and should do better.