Haven't given out any "Blog Love" in a while, so since it's Sunday morning... and you all have time to kick back, relax, and read stuff, figured now might be a pretty good time.

First up, The Tying Shed, a new-ish blog by Michael Richardson... 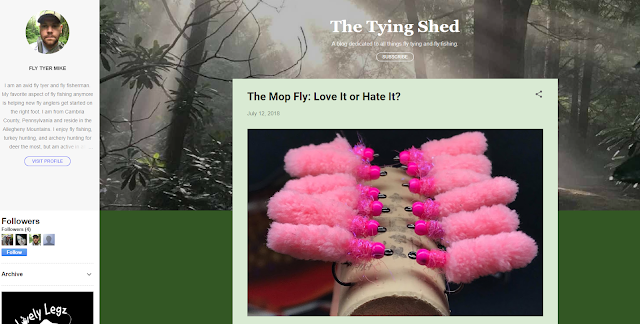 If you're a fly fishing purist, please don't be turned off by his recent "mop fly" post, this blog contains some really good stuff that shows off both his fly tying &  story-telling. Michael was also featured in the latest issue of Tenkara Angler magazine, although he's just as comfortable with a rod & reel.

Up next is Cutthroat Tenkara, by Isaac Tait... 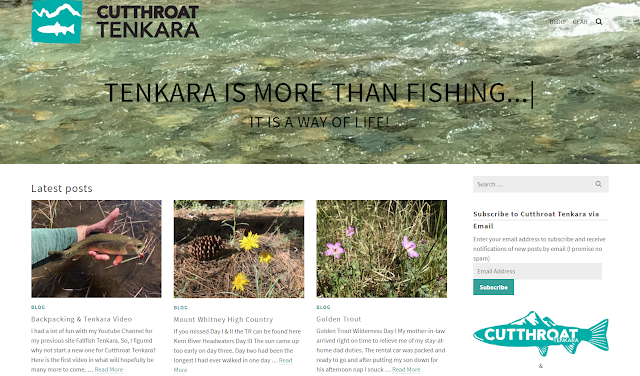 You may recognize Isaac's name from his other blog centered around his time in Japan, Fallfish Tenkara. Well, Isaac is living in the United States again, and as such the species in his latest effort has changed as well. However, the adventures (& photos) he takes in the mountains in pursuit of native trout are just as spectacular.

Another blog reincarnation is Flyfisherous, by Cory Perry... 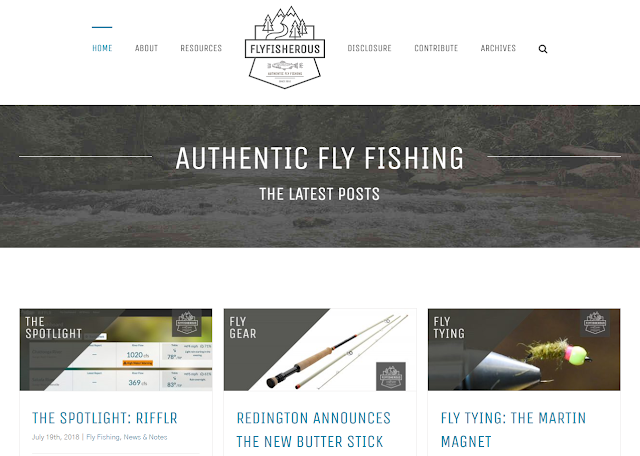 About a month ago, Cory made the announcement that his former blog, Fisherous, was sort of migrating over to this new address with an updated, slick design. With it came a renewed dedication to passing along fly fishing news and notes, as well as report on personal fishing adventures. Take a peek, or at least update your bookmarks.

Surprised I haven't mentioned Tales from East Yahtam by George Brown yet on this blog. It's really, really well done... 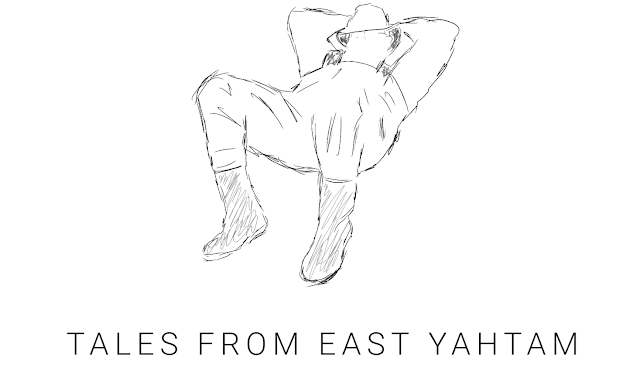 George has been a friend on social media for as far back as I can remember... This blog, recounting the time he spent in Alaska with his father and his father's friend, outdoors legend George Mann is an absolute joy to read. Wilderness & fishing stories, interlaced with a healthy dose of humorous anecdotes and sentimentality, I even like the how the hand-drawn sketches that accompany each post compliment the stories within perfectly. Take a trip to East Yahtam, you won't regret it.

Last, but not least, is The Silent Pursuit, by Steven Smith... 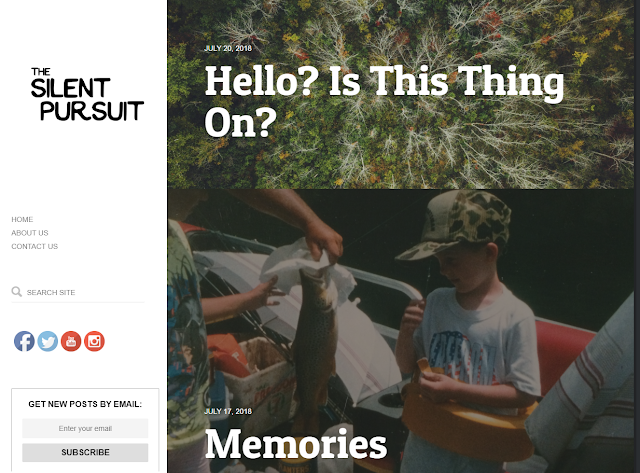 So this isn't a new blog, not at all. It's more like a blog where the light switch was recently turned back on. Steven is a fishing buddy from Pennsylvania who had some changes take place in his life and put his fly fishing and blogging on the back burner. Now that his situation is a bit more stable, he's back at it. The post explaining his absence (& re-emergence) is a must read.

So that's that. A handful of new blogs for you to bookmark, add to your feeds or readers, whatever. Check 'em out. I'm certain you'll enjoy them all!