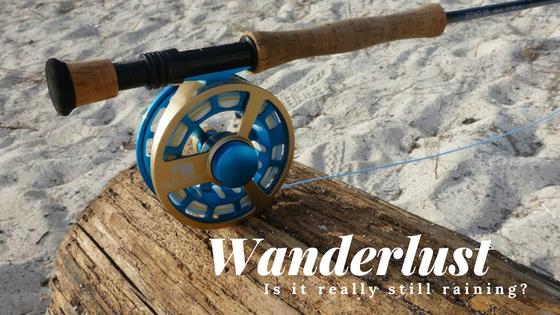 Back to the work week...

Got that wanderlust feeling again. Guess that's usually what happens when you get back from one little getaway, you're already looking forward to the next one! Plus, it's pretty much been raining in the greater Jacksonville area non-stop for the last week. The grass sure looks green, but cabin fever is pretty fierce! 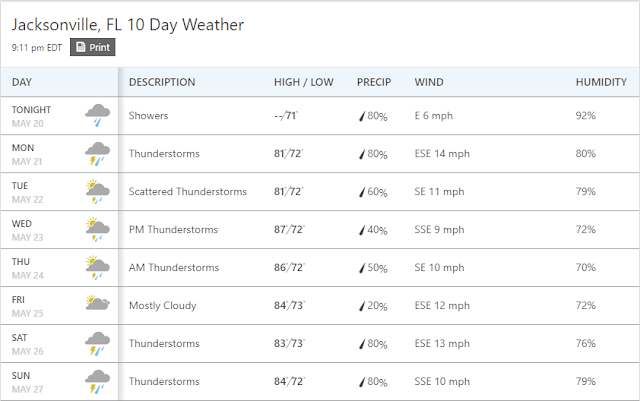 Luckily, I do have two "escapes" planned for the summer. They might even involve a little fishing, we'll see...

Middle of June the whole extended family (on my wife's side) is descending on the Outer Banks. There is going to be like two beach houses full of "in-laws" from all up and down the east coast. I've never been there, so I don't know what to expect. But from the number of "OBX" oval stickers stuck to the back window of people's SUVs, I'd guess a pretty tourist-heavy beach area, at least if you venture into whatever towns they have there. No big deal, I'm more or less just along for the ride on this one. I don't even remember the town we're staying at...

It's cool though, I figure I'll bring the fly rod, get up early each day to do some fishing... or at least flailing in the surf on the beach... and then sleep it off in the afternoon. I really don't know what's swimming in the waters there. There are some pretty good anglers in our family, but I don't think any of them fly fish...at least not what I've heard... they're more the go out in the ocean in big boat types. They crush it though. I don't talk about tenkara around them... :)


Guess I have a month to figure it out. Probably can't go wrong with my 6 or 8 weight and some Clouser minnows, they'll catch anything...

The end of July is really what I'm looking forward to. K.C., Lilly, & I am headed to Alaska on a cruise (via Seattle)! To say I'm excited is an understatement, and not only to get out of the hot Florida summer. The itinerary looks pretty solid and I'm sure I'll wear out my camera taking pictures. I really want to go on this train through the Yukon. Like this is a thing... are you kidding me?


Now fishing isn't necessarily on the agenda yet, but the cruise ship does offer some guided fly fishing excursions where you hop on a float plane for the day, fish for salmon and whatnot, and then head back to the ship. I need to look more into that. K.C. booked the vacation, so I'm really not certain of all the details or the specific port of call.

Anyway, until then, daydreaming from my cube at work...

Any cool summer plans this year, fishing or otherwise? Heck, if you have any intel on OBX or AK, I'd take that too. If so, hit me up in the comments, would love to hear what you're up to! 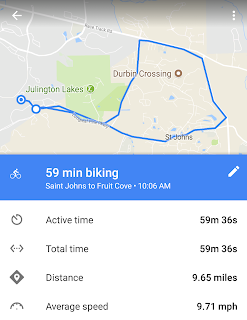