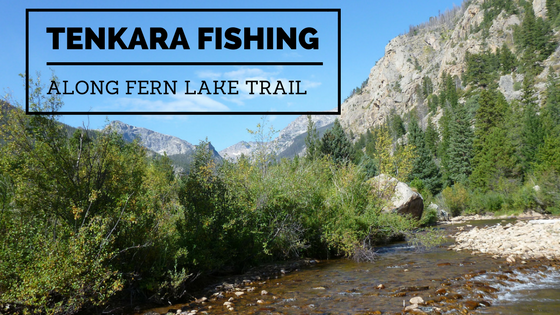 Realized last night that I never posted about fishing on my last day in Colorado; the Sunday after the Tenkara Summit. I also never posted about the Summit itself, but I'll probably save that full write-up now, as Adam Trahan did a pretty solid job covering it over at the Tenkara USA blog. May share some photos at some point though.

Anyway, back to fishing. What a fun day!

Rocky Mountain National Park is such a nice place to fish. I rolled into the park around 9AM, and already saw quite a few anglers out fishing in the Moraine Park meadow. Rather than put further pressure on that water, I decided to head up the Fern Lake trail and fish that section of the Big Thompson River a bit further upstream. 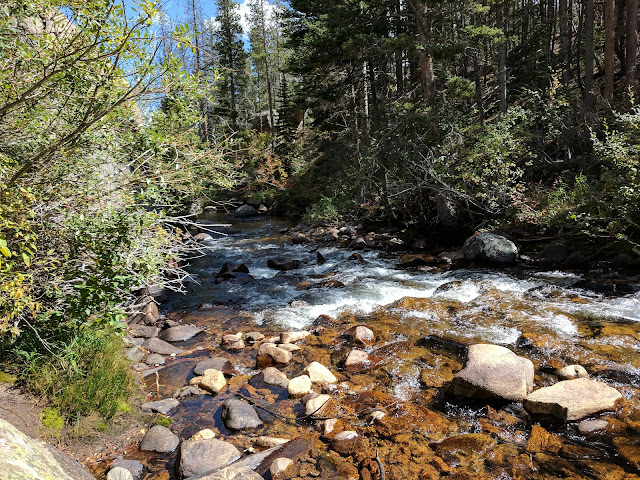 Along the way, I passed another tenkara angler named Marc, and chatted him up for a bit. He was trying out his new Hane 2 rod and said he was having some success with the brown trout. Excited, I hiked in a bit more before popping down to the water to see what I could find.

Almost immediately, I had a fish on... and then off. Usually, that would piss me off, but I took it as a good sign of things to come... and it proved to be. 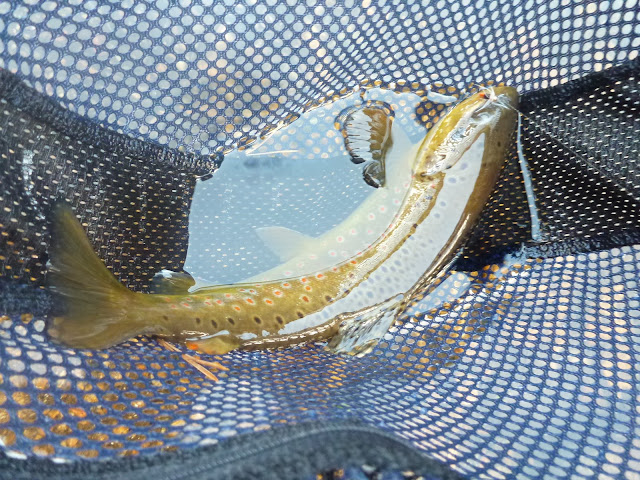 Working upstream, I encountered a brown in almost every nice sized hole. Now, I'm no tenkara wizard, but I felt like I was casting some sort of spell with my magic wand, as fish usually don't come to hand that easy. Guess that's just how it is out in Colorado. 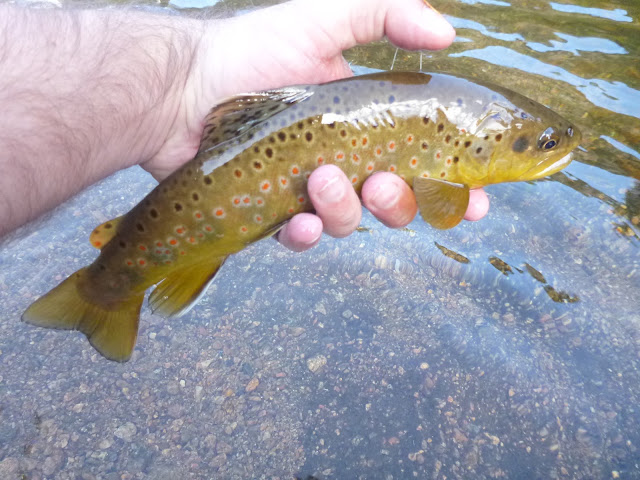 Not really being familiar with the water, it didn't seem all that deep, so I wasn't fishing weighted flies. Instead, I was primarily using a black Ishigaki-style kebari with grizzly hackle, that I'd first drop into the various pockets, holes, and eddies and let sit, or dead drift. If the trout didn't show interest in the fly, I'd impart a bit of action by twitching the fly slightly faster than the current. The latter technique seemed to be what brought the "larger" fish to hand. (I don't catch big fish, so large is a relative term.) 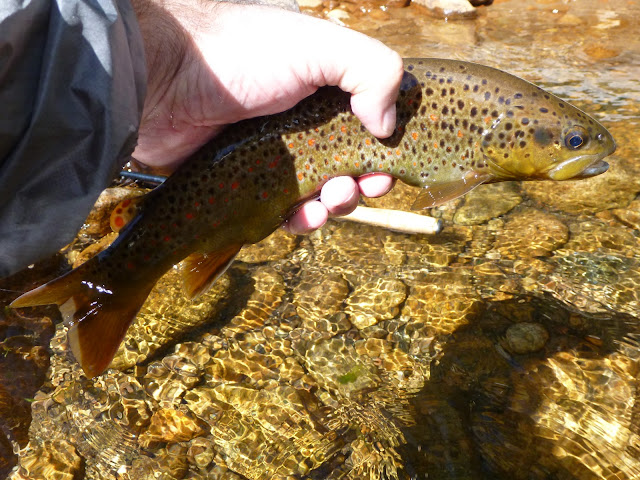 I'm not going to bore you with any more fish photos, instead, just look how gorgeous it was that day. So, so pretty. 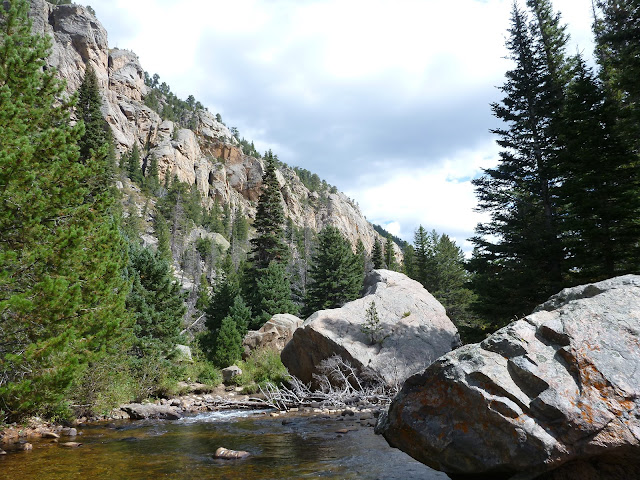 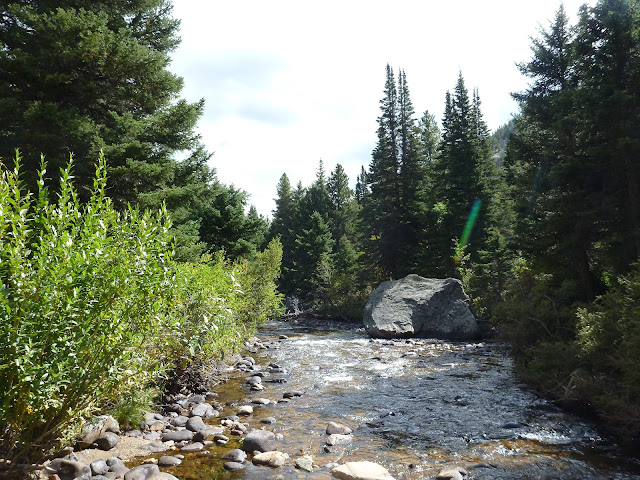 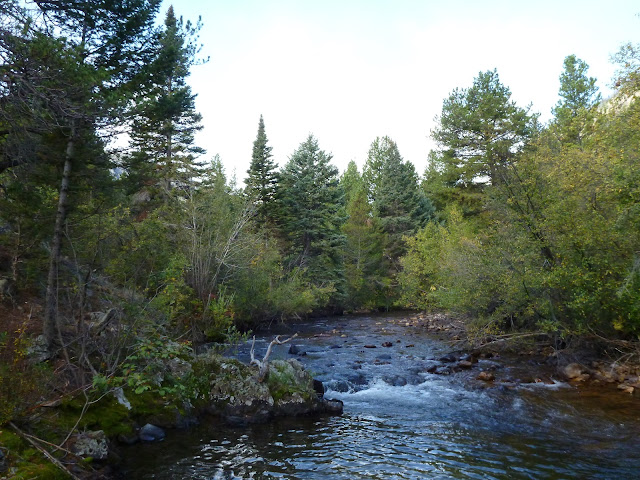 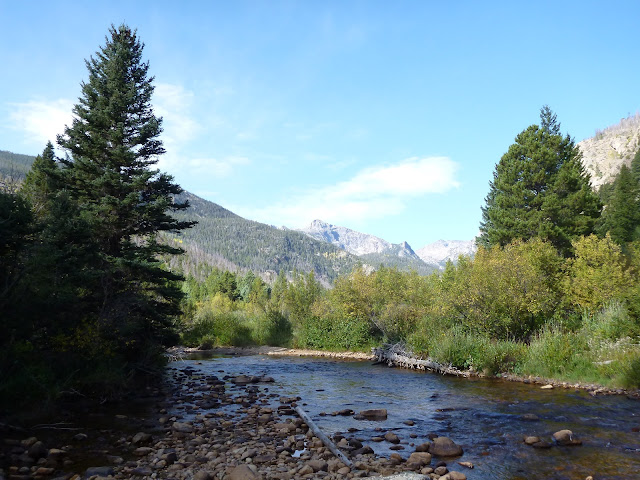 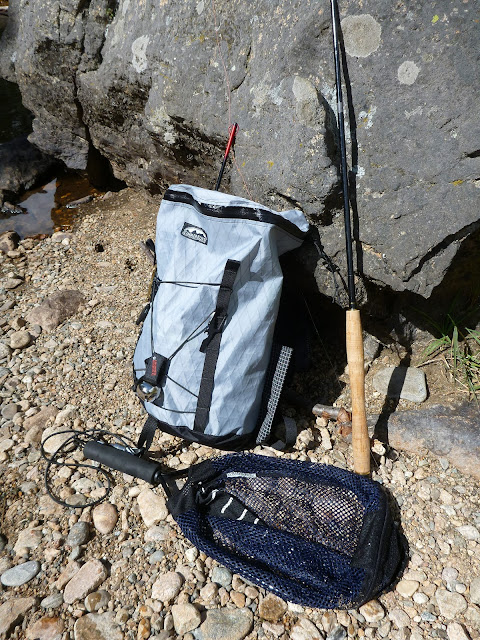 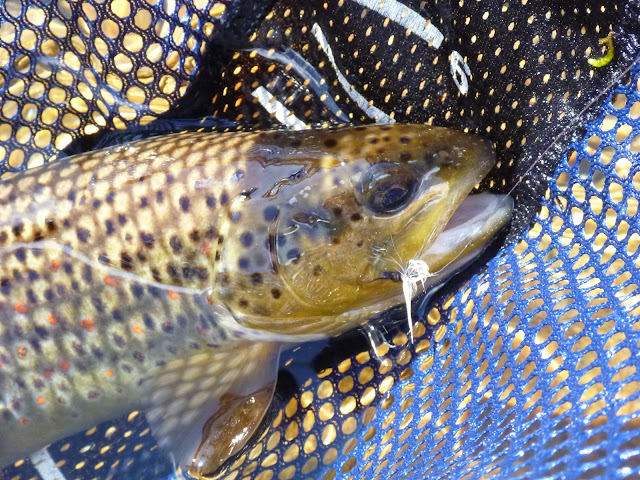 It ended up being a great way to end the Tenkara Summit weekend. Couldn't have asked for more out of my second Colorado experience. Now the only question is when do I get to go back?