We don't do guest posts on Troutrageous! all that often, but I received an email from my buddy Spurky yesterday and he wanted to file a fishing report. Spurky & I go back quite a few years, and I'll never tell him no. So please enjoy this tale of a recent "guided" adventure... 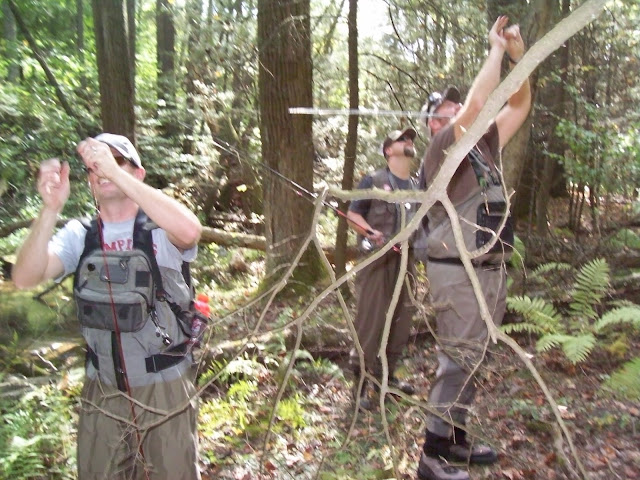 I have taken T! aka Mike out a few times in my area and have done pretty well, alas last time was 6 LONG YEARS AGO!! Hint Hint!!

I met a great group of guys this early summer while camping up-state by Trout Run, PA. They were a few sites above me along the creek. What caught my eye when fishing was that Kip was using a tenkara set up. We made friends and fished together along the trout stream full of small fish who did not want our wood, steel, or feathers - just live bait. 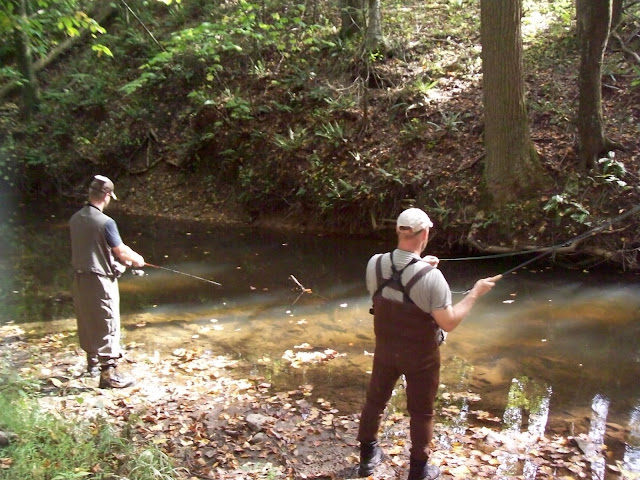 We got talking and I invited them down to fish in my stomping grounds. As the set date was getting near I was hoping for decent weather as summer forgot to show up, and Seattle style weather was the norm.

I went out 1 week before our trip to scout and did very well, then went out the Wednesday before, but took hooks off to see how active the fish were. I was excited at all the strikes and fish I saw. 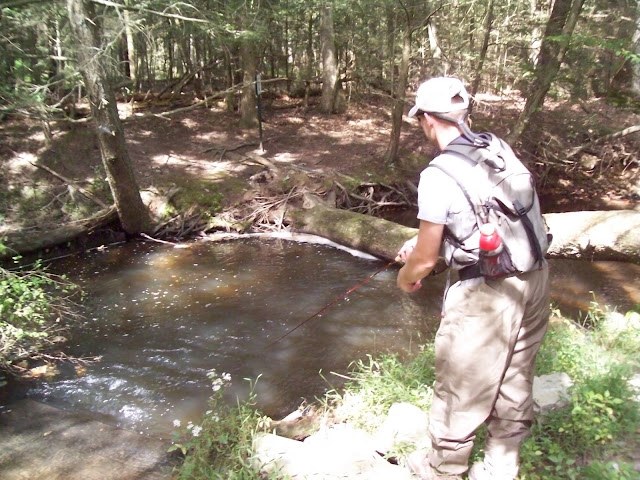 The day came and once they were settled in the HONEY HOLE, the gang and I headed out. The water had dropped at least 6" and all the fish would swipe at the lures, but there were few takers. Seems the only person who was catching and bringing to hand was the.... gasp.... fly fisherman of the group! I was happy that we caught a lot of tiny brook trout with great colors, (they were still in the same area as early September) with the smallest being about 1" tall and 4" long. 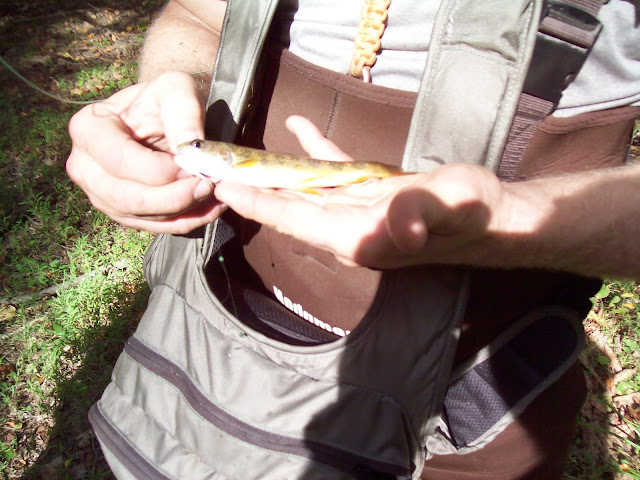 The next day we hit the Swatara Creek for anything. The water was low and clear but cold. We hit a few in the beginning until we got to the middle of the trip, and Mike found a route through the deep channel where we could wade.

Usually, it's a smallmouth bonanza, but figuring the water as cold as it was, it turned into a large pickerel catching zone. Bob with the fly rod caught the largest, with another biting through my 8" test line. Mike caught a beauty, though regretfully probably won't make it as it swallowed totally a large spinner... 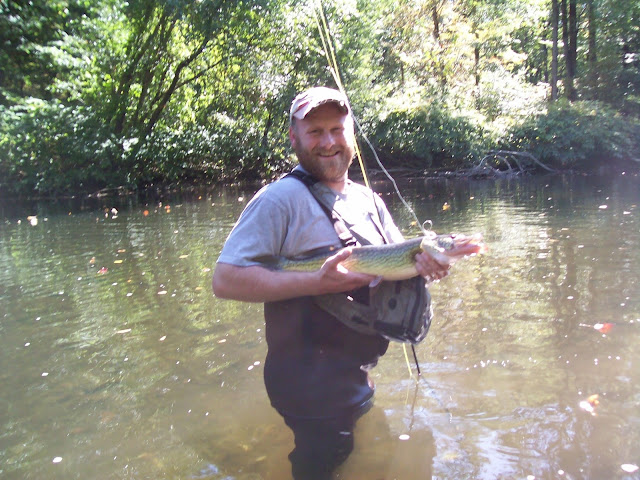 I do not know who I made mad, but little later I lost the felt of my wading shoes, both of my favorite lures, and took a nose dive in a deep hole! Now soaked, my phone went nuts, the screen turned white, the word emergency in red started flashing and it started dialing 911! However, it would not let me talk or shut it down, and we were an hour from the camper. Eventually got the cover off and disconnected the battery and called the 911 center to explain. Luckily, I knew the dispatcher and he understood, though they were trying to trace the spotty signal. The phone eventually survived, but the camera is dead.

We gathered a few more fish before we returned and the party started. A couple of guys, Kip, and Shawn went out to pickerel central and got another one Sunday morning. 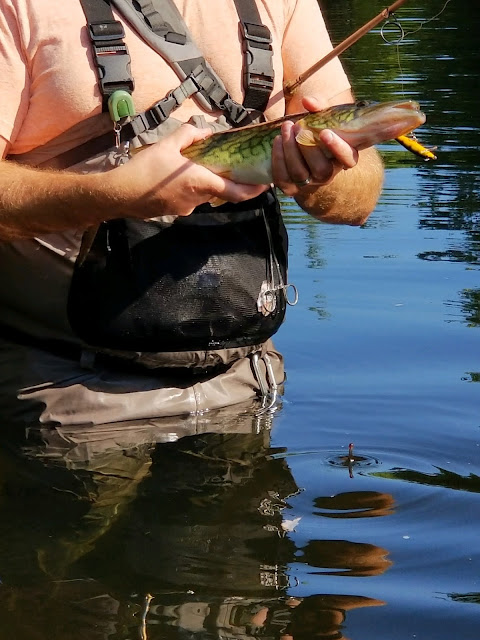 To me, I was disappointed in lack of fish, but the company was great along with the stories. It was brought up about future day trips, so we will see what happens...