Tenkara Tuesday: Looking Back & Ahead At The Tenkara Summit

Bug Outs and Summits and Jams, oh my!

While the 2017 Tenkara Jam was mentioned in the prior post, it would be negligent of me to not also mention the upcoming Tenkara Summit hosted by Tenkara USA. 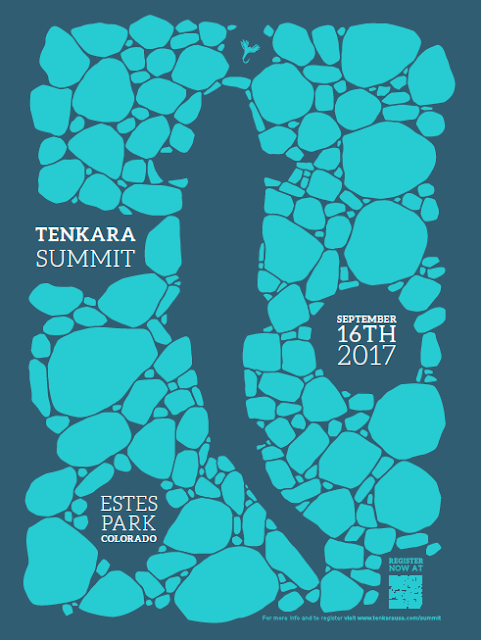 This year's Summit will be held in Colorado over the weekend of September 16 & 17 at the Estes Park Events Center. Having attended several different tenkara gatherings over the years, I hold the Summit in the highest regard; the content is phenomenal, the turnout is solid, and it's an absolute blast to attend. This year will be my fourth Summit (of the six total) and it can't get here soon enough.

While daydreaming about fishing in Colorado again, I took the time over the past weekend to look back at some photos and memories from prior Summits. If you've never attended one, the 3 videos below should give you a little flavor for the event.

2012: Salt Lake City, Utah. After missing the first Summit in 2011, this was my first adventure in traveling for fly fishing. The Tenkara Guides of Utah played a huge role in hosting this very well run gathering. I even got some one-on-one time with Dr. Ishigaki on stream - not only observing the fly manipulation techniques of a Master, but also noticing that we both had the same orange waterproof cameras!


2013: Harrisonburg, Virginia - the Summit comes East! Japanese fly fishing meets Moonshine and Bluegrass... literally. Looking back, this was the precursor of the Tenkara Jam we can now enjoy annually. My only regret regarding this event was opting to go on my own on Sunday rather than fishing Mossy Creek with the many of the attendees. From what I heard, Mossy was pretty epic!


2014: Boulder, Colorado. This is when I learned everything they say about outdoor recreation in the Rockies is 100% true. I also had the pleasure of fishing (or grabbing some beers) with so many of the different tenkara-folks I had met online over the years - far too many to list them all. And the bugling elk in Rocky Mountain National Park... it was so cool.

All of that being said, if this piques your interest, it's definitely not too late to register for the 2017 Summit should your schedule allow for it. Tenkara USA's official website is located HERE, with a ton more details including a list of speakers and a general overview of activities. Hope to see you there!

For more details and info on prior Summits, click HERE to view all prior "Tenkara Summit" tagged posts.
Posted by Michael Agneta at 3:00 AM