I know... "but you already fished Salt Creek?"

Yes, that's true, but that was at high altitude above the Falls, quite a few road miles and feet in elevation away. This portion of Salt Creek flows right alongside Route 58 almost immediately as you exit Oakridge and begin the ascent into the tree-lined shadows of the Willamette National Forest. It must be a popular stretch for anglers (or teenagers who like to drink in the woods at night), because there were numerous pull-offs along the highway, with well-worn trails down to the water. 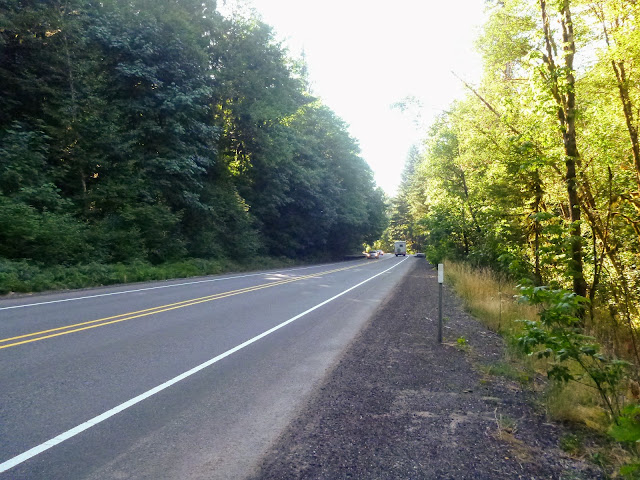 It also happens to be a bit smaller and tame than the North Fork Middle Fork Willamette River I fished on Saturday morning. So after a quick Dairy Queen $5 value lunch, and still a little fatigued, I jumped at the chance at easier wading, fewer bumps and bruises, and might I suggest, a stretch of almost perfect tenkara water. 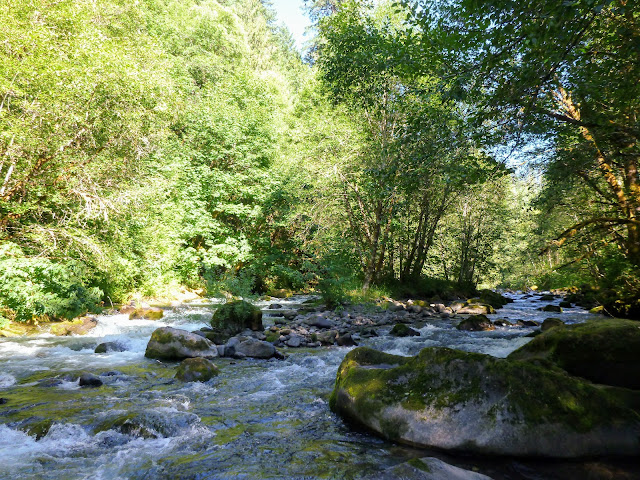 Upon entry of the creek, I was greeted immediately by an eager little rainbow on my second cast. "Ooh, this is going to be fun," I thought to myself. 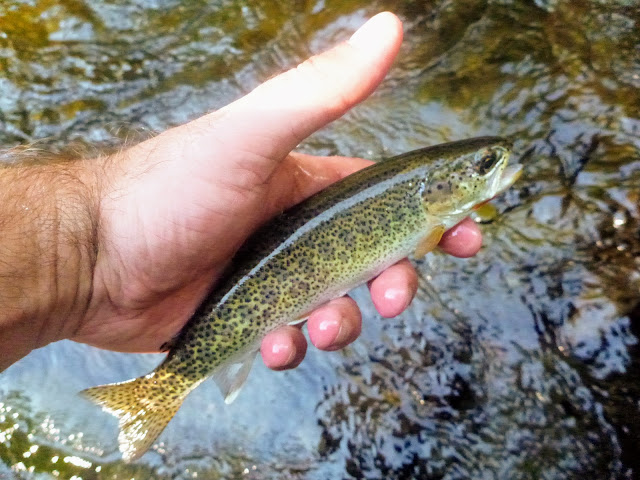 While the fish were a touch smaller here, they were also in no short supply and quite easily obtained by probing the pools beneath the various tumbling waters. 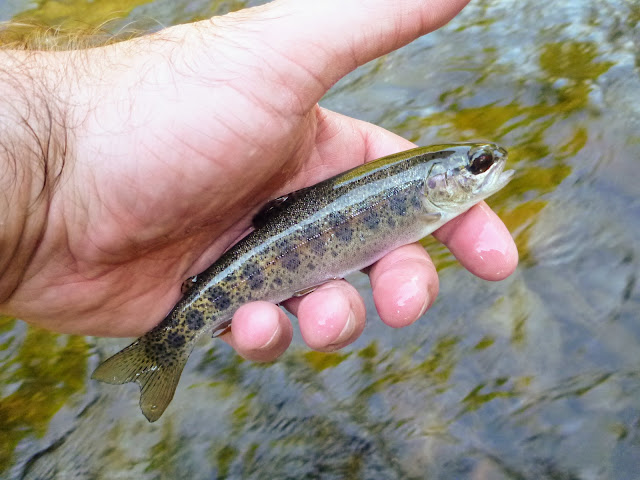 Most trout were caught on the same bead head kebari that were so successful in the morning, but I also took the opportunity to fish some dry flies on many of the smoother runs of water. The folks at The Caddis Fly back in Eugene suggested some yellow sallies for the area and that turned out to be a "golden ticket" to takes up top. 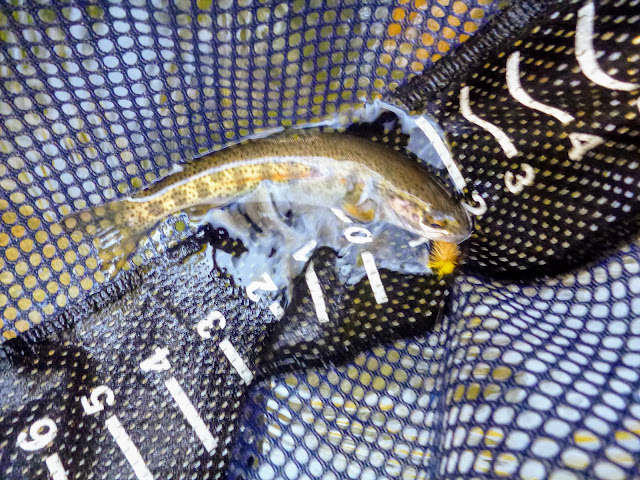 Three hours and dozens of fish later, I did need to exit the creek, as I had finally approached a section where the water started getting deeper than my waist-high waders. Dusk was also rapidly approaching, so it seemed like a perfect time to pack it in, reflect on the day during the drive back to the motel, and start the plans for Sunday...