A few years ago I had the pleasure of reviewing the TRY 360 tenkara rod from Tenkara Times. I wrote a fairly thorough review about it HERE if you'd like to go back and read it. However, you don't really have to... in short, I thought the rod was great - lightweight in hand, an accurate caster, and able to handle fish of many sizes and species. The only criticism was the rod's questionable cosmetics, which I didn't think were all that attractive...

Okay, I'm not going to sugarcoat it, I thought the rod was ugly.

Fast forward to this year, I was given the opportunity to test drive an updated version of the TRY 360. 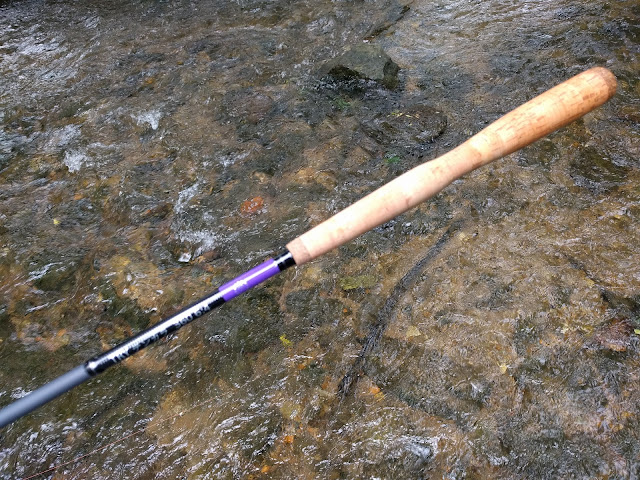 I was able to fish the rod during some outings this summer in Pennsylvania and Oregon, and I'm happy to say that the rod maintains many of the qualities enjoyed in the original version.

The rod still feels incredibly light in hand. I never weighed the first version on a scale, so I can't compare the actual weight side-by-side (I no longer have the original rod), however, this new version is very similar. I think it feels perhaps a smidge heavier, but that could just be the influence of time on my memory. Either way, this rod remains super light for a model in this price range, (currently  $149.99 at Three Rivers Tenkara).

One of the features of this rod that I really enjoy is the grip, which seems slightly revised. Visually, you'll immediately notice a composite cork accent at top and bottom, which I think looks sharp should it serve no other function. Meanwhile, the handle maintains the 2 noticeable humps at top and bottom, and similar to the weight, they appear slightly more pronounced than before. The reason why I enjoy this grip configuration is that I prefer to "palm" the butt of the tenkara rod in my hand when I cast if the overhead clearance allows it, and this larger bump makes it very comfortable to hold in that fashion. 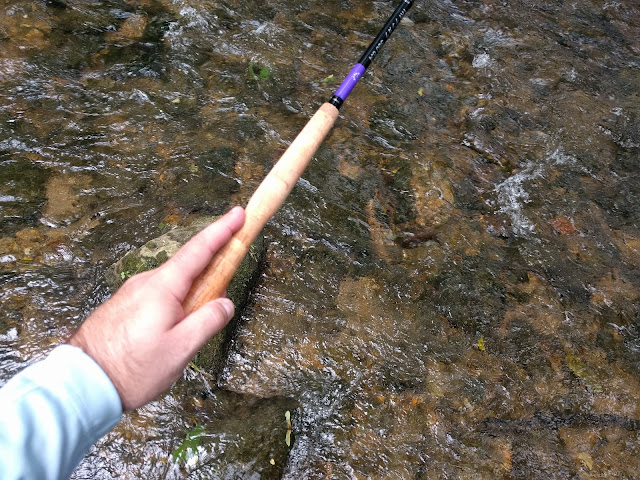 That said, should I need to choke up on my grip for whatever the reason, be it for increased control or to achieve a shorter overall rod length, the upper handle hump allows a very natural feeling grip as well. 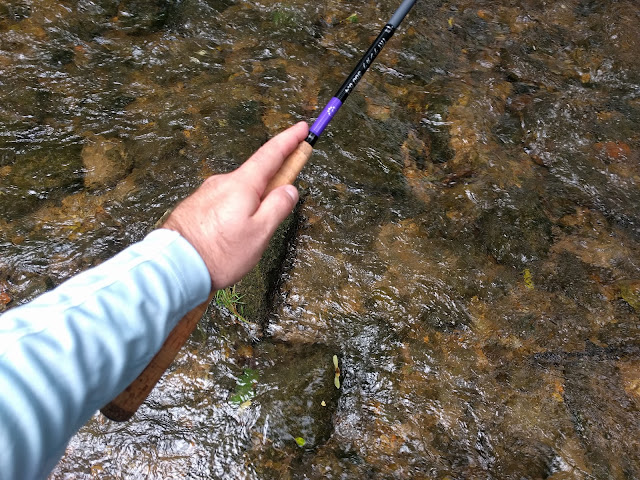 As for performance, the rod is essentially the same. Crisp, perhaps a bit stiff, and casts a beautiful level line. I used a Tenkara USA 3.5 level line during the testing and it made for such an easy cast with both weighted and unweighted flies. A quick, compact flick of the wrist dropped cast after cast into the desired pocket or riffle on command.

So I guess it's time to address the elephant in the room, the cosmetics, especially when looking back at the prior review. Now I know cosmetics aren't the most important thing when it comes to a fishing rod. There could be a cool looking rod that casts like junk (and vice versa), but it would be foolish to think they don't play any role in the buying decision.

Well, I'm happy to report that while the majority of the rod blank maintains the same matte paint job, the largest section by the handle has been upgraded tremendously. Glossy black, silver printing, and a nice band that serves as a backdrop for the Tenkara Times logo while adding a splash of color. Is it perfect? No. But, in my opinion, it's light years more attractive than the original TRY. A classier, more premium look in so many ways.

In closing, I believe the many updates included in this latest iteration of the Tenkara Times TRY 360 further cements this rod as an excellent option in the mid-price point tenkara rod range. I'd have no reservations recommending this rod to anybody seeking an "all around" model while still expecting extremely high-value & performance for the money. 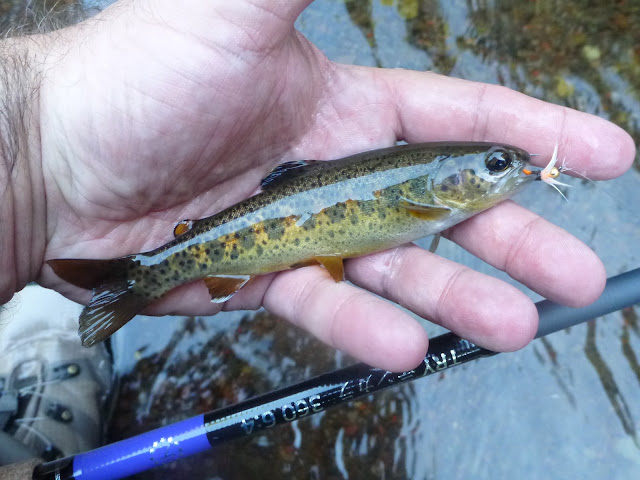 DISCLAIMER:
The Tenkara Times TRY 360 tenkara rod tested in this product review was provided to me at no cost by Oleg at Tenkara Times. As mentioned in the review above, it carries a retail price of $149.99 in the United States and can be purchased at Three Rivers Tenkara. I currently hold no professional affiliation with Oleg, and the opinions expressed in this review are my own.