Tenkara Tuesday: Tenkara In The News

Step away from the blog for a week and all kinds of good tenkara stuff happens... Check out some of the interesting news and notes below.

First off, the Midwest Tenkara Fest was held last weekend in Coon Valley, Wisconsin. Totally bummed I couldn't attend, but so happy that it appears that my friends that did had a great time. The event even got picked up a little in the local press, so check out the video at your leisure!

Appears the Discover Tenkara guys bypassed Wisconsin as well and headed straight to Japan! A few of their adventures seem to be slowly creeping out via the Tenkara in Focus Facebook page  - hanging out with friends, eating, drinking, fishing, oh, and testing out some new rods. Hmm...

The Road Warriors, The Fabulous Freebirds, The British Bulldogs, The Dudley Boyz... some of the greatest tag teams of all time. Will the new team of Stephen Myers and Graham Moran join that elite company? Not sure, but the two of them are going to give a new fly tying business a try under the name 303 Flyworks. As Macho Man Randy Savage once said, "Oh Yeaaaah!" 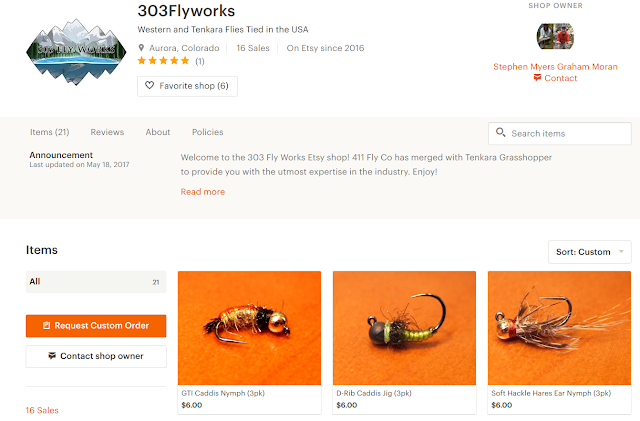 An Ode To A Rod

Adam Trahan recently compiled a collaborative piece about the Tenkara USA Sato on his Tenkara-Fisher blog. This "review" of the rod features the input of eight different tenkara anglers. I have to say, I'm a little partial to this blog post... but you'll probably have to read it to find out why. 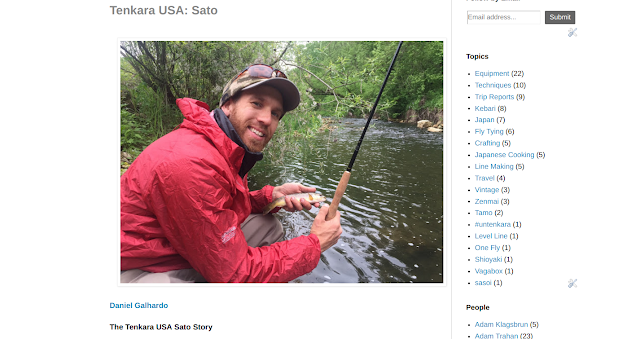 Finally, if you've followed this blog to any extent over the past few years, you know that one of my favorite escapes to chase trout (somewhat) close to home is to head up to north Georgia. Well, it appears those waters will now have a new tenkara guide service, as Christopher Fraker announced his new venture, Back of Beyond, on his blog The Impossible Seam. Here's wishing him the best of luck!