Late To The Podcast Party

Never really listened to many podcasts before, be it fly fishing or any other subject. Sure, I'd listen to the occasional Tom Rosenbauer Orvis Fly Fishing Podcast, and there was that Owl Jones Live experiment a few years back, but nothing regular, nothing consistent. 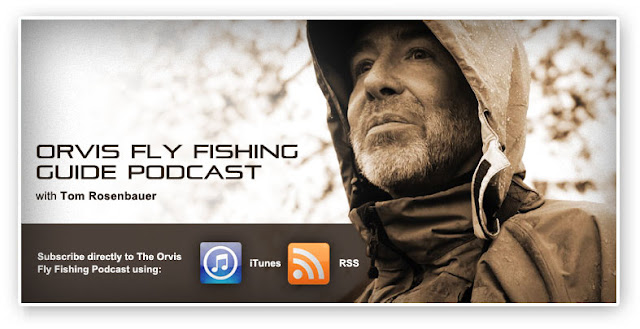 That changed with Tenkara USA's Tenkara Cast. Being a tenkara junkie and drinker of the kool-aid, I consumed all of those podcasts as soon as they were released. They were typically the perfect length for a morning or evening commute to/from work. Since then I've added a few NBA podcasts (The Rights to Ricky Sanchez & The Vertical), and Good Times with Steve Simeone, the podcast of a friend who is an ascending comedian and one of the kindest souls you'll ever meet.

Being caught up on all of that content, and searching for something new to help pass the time during my recent 6.5-hour drive to and from North Georgia, I finally stumbled on Anchored... and holy crap, April Vokey's podcasts are really good.

I seriously lost myself in the last few, made the mind-numbing drive seem more like an hour than almost seven. Really fascinating stuff. If you haven't listened to the episodes with Ted Niemeyer, Gary Loomis (what an amazing guy), Mark Johnstad, or Louis Cahill, you're missing out. Although I'm certain I'm the one late to this party.

Fortunately, they started in late 2014, so I've got two more years worth of content to catch up on...
That's a lot of drives to and from work. :)
Posted by Michael Agneta at 3:00 AM