There's been more than a few fly box posts here on the blog as of late, so perhaps I have fly boxes on the brain. In any event, Lilly & K.C. drug me into a Five Below store yesterday where among the shelves of pre-teen treasures, I stumbled upon an interesting find.

For those of you not familiar with Five Below, it's sort of a trendy "dollar store" chain that sells cheap stuff with a pop-culture slant like candy, toys, books, clothing, electronic accessories, etc... The goods aren't really of the highest quality, but the inventory rotates fairly regularly, so you never know exactly what you're going to find. Near the checkout, I found this for $2. 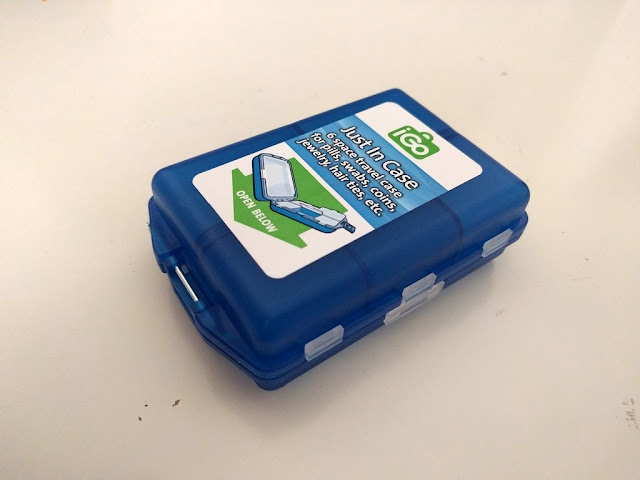 If you're familiar with the popular, pocket-sized Meiho compartment fly boxes that retail for about $8-10, this is strikingly similar and has many of the same features. 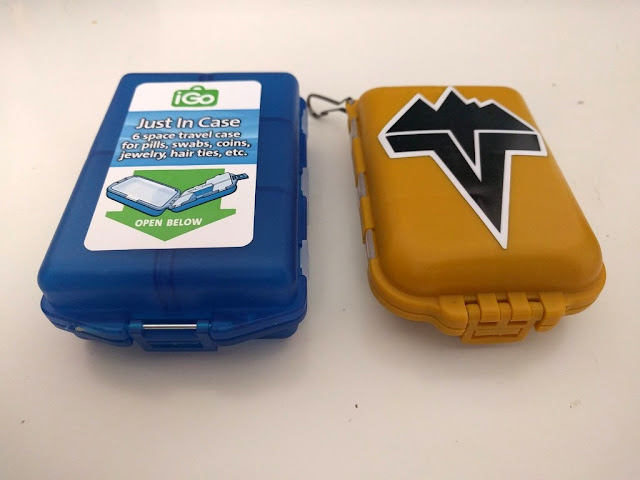 I've been happily using the Meiho boxes for about 2 or 3 seasons now. They hold a lot of flies, and the different compartments don't crush delicate dry flies. It's just the right size to also hold the smaller streamers I prefer for tenkara. If you like small streamers or even foam poppers, this clone might be more functional, as the one side is one large compartment. 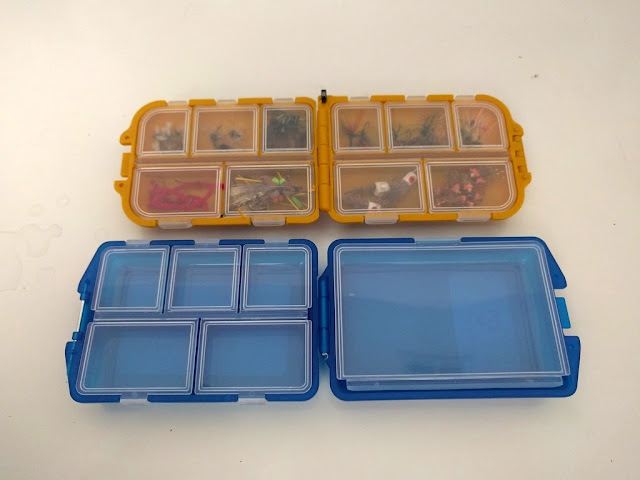 Now I'd be lying if I claimed the quality was identical. The Meiho boxes are made in Japan of much sturdier plastic while this "Five Below special" is made in China and isn't quite as solid. However, the compartments and the box itself seem to close up nice and tight, so at face value it's a more than acceptable option when compared to other low-cost or DIY fly boxes like an Altoids tin.

I'll put this thing into the rotation and see how long it lasts. Just picked up some flies from Mel, so if nothing else, they've got a new home. 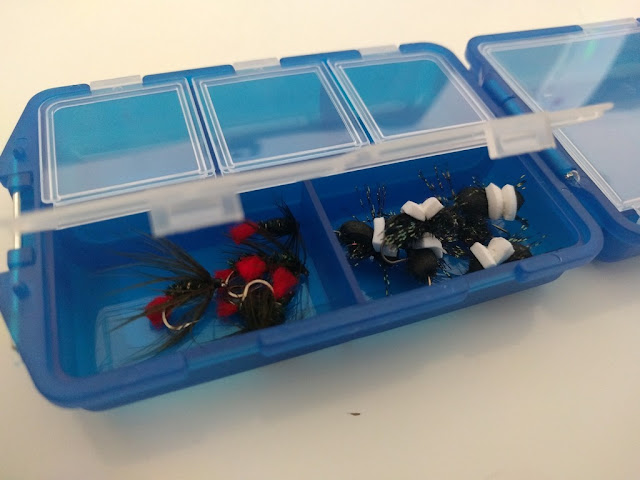