Rambling Recap of a Roasting Weekend

Don't know what the weather was like over the weekend where you're at, but in Jacksonville, Florida it was in the mid-90s and just humid gross. The kind of weather where you walk outside to do anything for more than a few minutes and you get drenched in sweat and all nasty down there. Pass the Gold Bond.

As such, fishing was kept to a minimum. Doesn't mean I didn't wet a line, just means I didn't spend a whole lot of time doing so. Not even at dusk, well, because mosquitoes ain't dumb, they know when the sun goes down too... 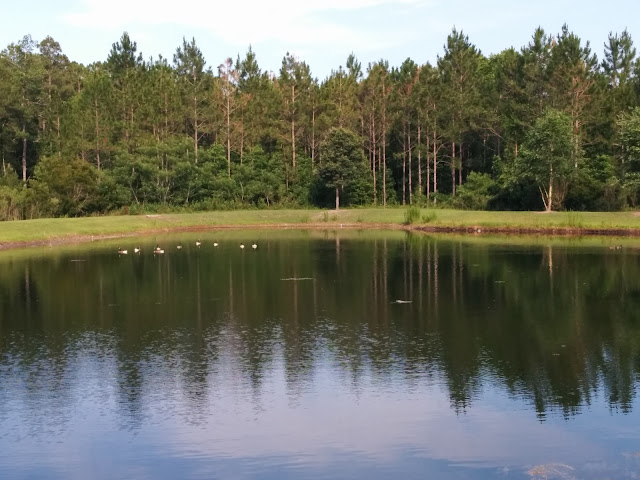 Geese and ducks took over the little neighborhood pond I frequent. Not a particularly big deal because they kind of keep their distance, but they also crap everywhere, so you need to pay attention to more than the water when walking up and down the bank.

With the lone exception of the Mourning doves that eat all of the birdseed in my backyard feeders with gluttonous abandon, geese are kind of the worst form of bird there is. They possess a silent yet standoffish disposition where you know they're telling you to "F-off" like a cold, avian version of a house cat. Shouldn't they be in Canada or something this time of year? Birds fly South for the winter, right?

Anyway, as I was saying, I did fish, and even caught a few despite the fact the pond was near a pasta-worthy rolling boil. Some bass and bluegill, nothing exotic or unexpected. I also took the Tenkara USA Ebisu off the shelf for the first time in a while. It's a discontinued model that I'm really fond of, but don't fish that often in light of my recent three rod rotation of the Sato (trout), Hellbender (bass), and TenkaraBum 36 (just feeling frisky). 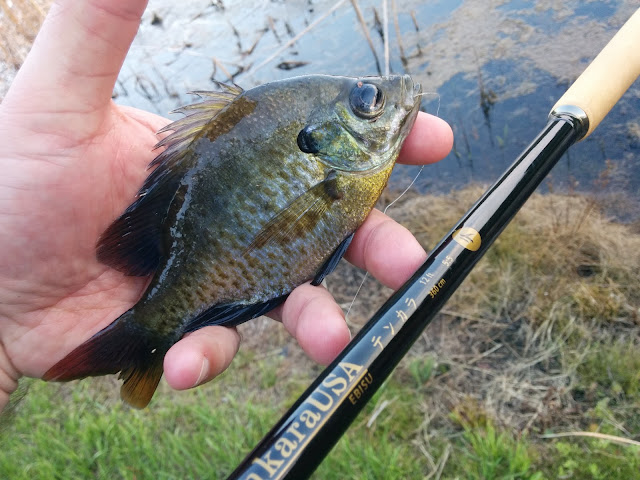 For those of you not familiar, the Ebisu is a 5:5 rod that's on the slow and limber side and casts a beautiful line. Because it's a bit soft in the tip, getting a solid hookset on a fish like a bass can be a little challenging, and I think I lost 3 or 4 due to a weak set. Regardless, the rod is a ton of fun to fish and the positives far exceed any shortcomings. I plan on fishing it a lot more this year to really figure out the sweet spot.

On to other news, last Friday was the deadline for submissions for Tenkara Angler magazine, the e-mag that I play the role of Editor. Spent a lot of time avoiding the heat by staying indoors and laying out pages on Saturday and Sunday. Got a lot accomplished, in fact pretty much all of it. Only have a few more articles that I gave extensions to come in, so it looks like I'll be able to hit the "publish" button for next Monday, 6/20. We'll see... 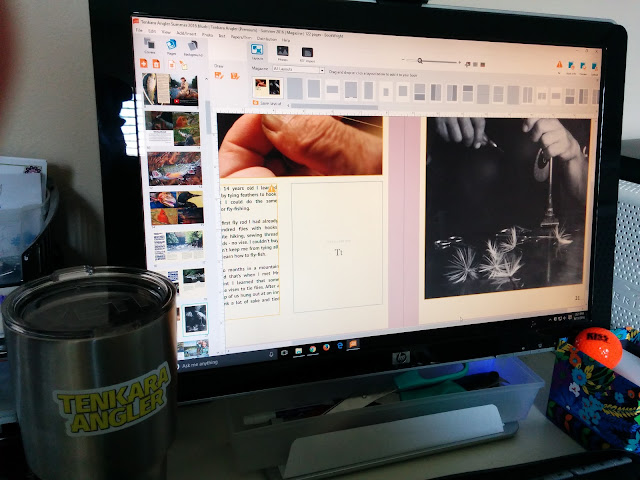 Finally, in light of the heat, proper hydration was also essential. While I didn't empty the beer fridge in my garage, I did do some light lifting after cutting the grass on Sunday morning. I'm really digging local brew Jon Boat by Intuition Ale Works. It's one of those lighter beers that just goes down smooth on a blazing Summer day. Not sure how far outside of Jacksonville one can acquire it, but I'd recommend it if you're into that kinda thing.  Bonus points for the fish on the can. 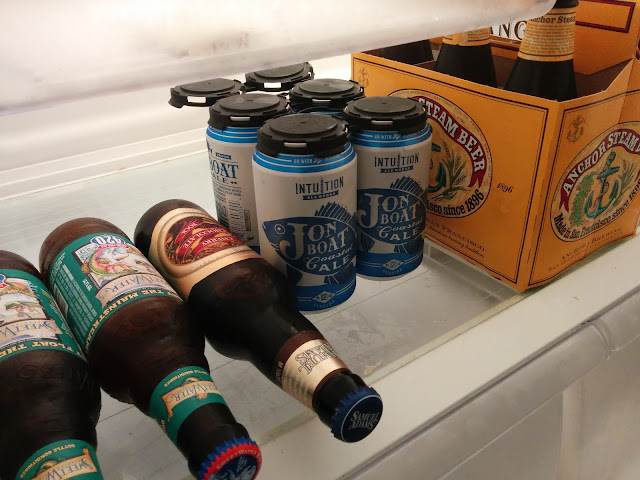