I have to say I'm pretty psyched today, as it's NBA Draft day. I know, I know, this is supposed to be a fishing site dammit, none of that sportsball talk here! Right, I get it, but like you should already know that this blog isn't just fishing. And after Lilly, Star Wars, & Sasquatch, I think my next favorite thing is Philly sports, meaning today, the 76ers. 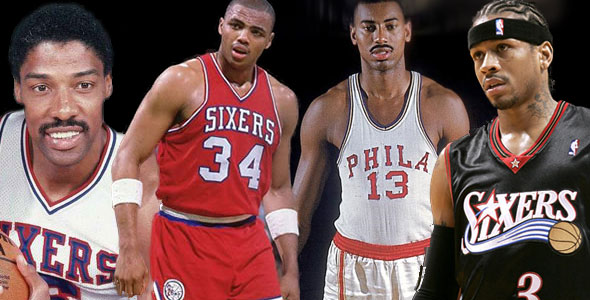 But the Sixers tanked the last 3 seasons, they don't deserve the #1 pick. Yeah, says everyone who isn't a fan. I understand, you're supposed to try your hardest every year. That's what your coaches tell you growing up, heck that's what your parents tell you. But if you don't have an in-house superstar, you know what that gets you? The Atlanta Hawks.

Believe me as a fan, the last three years have been incredibly painful, despite fully buying into the plan and "Trusting the Process." Growing up on a steady stream of superstars like Dr. J, Sir Charles, and The Answer, being reduced to the league doormats - and the punch line of jokes in the national media - has been tough.


But it looks like perhaps it might be worth it. Between tonight's #1 overall pick (which has all but been determined to be LSU standout Ben Simmons), some high draft picks from prior years primed to make their debuts, a slew of other assets accumulated through shrewd trades, and all of the salary cap room in the world to chase a free agent or two, perhaps the Sixers might finally resemble an NBA team again, and I couldn't be happier. 2020 NBA Finals, here we come... Dear Sixers GM Bryan Colangelo,
Hinkie set you up to look like a genius.
Just don't f#$k it up.

With that off my chest, it's like impossible not to smile at this song. I'm going to be humming it all day long. If you hit play, you'll be dangerously close to doing the same...


Anyway, that's really all I had to say today. I really need to get fishing again, especially now that the magazine is done. It's still god-awful hot down here, so hopefully I can sneak out at either dawn or dusk this weekend. I need to wet a line in the worst way...