Valley Creek In The News...

Found my old stomping grounds in the news twice over the weekend...

Received my Spring 2016 issue of Trout magazine, (Trout Unlimited's member's only magazine) on Saturday. Page 26 features Valley Creek as a "Trout Adventure Near Cities" which it is. It's also not a secret to any Southeastern Pennsylvania trout angler in search of wild trout, so no reason to freak out that the magazine is "hot-spotting" some secret resource. 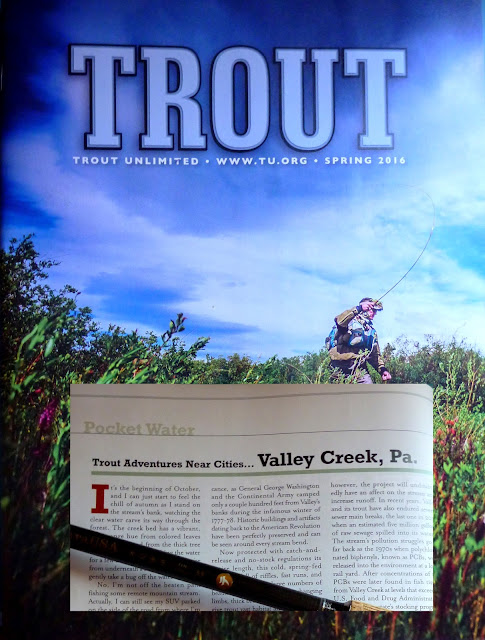 Philly.com also ran a piece over the weekend about how the Pennsylvania Turnpike expansion project may put those wild trout at risk. The local chapter of Trout Unlimited have concerns that the steps the Turnpike Commission & Tredyffrin Township plan on taking will not mitigate the additional storm water runoff created by the highway additions. The township actually claims that after they are down there will be less runoff. Both sides are presented fairly, which I like. 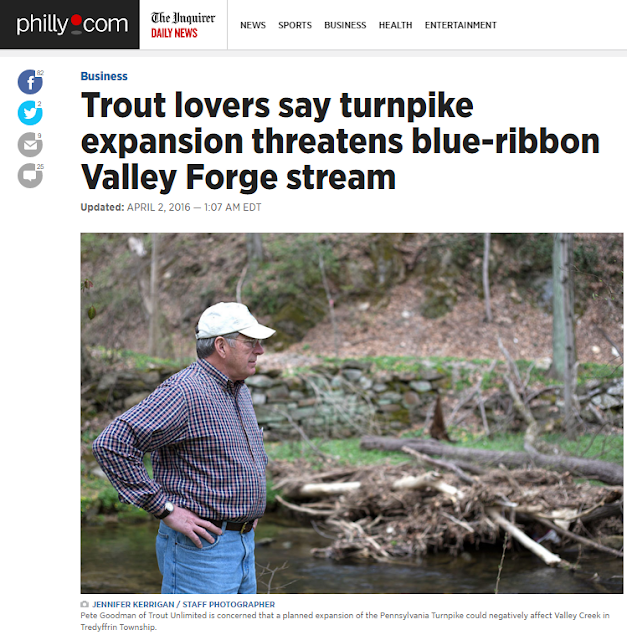 For those that don't understand why that is a concern, runoff is basically the rainwater that hits an impermeable surface such as asphalt and can't be absorbed. The introduction of runoff into a waterway can increase its temperature and bring with it any contaminants it picks up along the way (oil, antifreeze, etc...), none of which would be good for the resident trout population.

Neither read is particularly long and actually the Philly.com piece adds additional color to the Trout magazine entry, so if you have access to both, they are good to read in tandem.


I've written about Valley Creek 68 prior times (more than any other waterway). To read previous posts about Valley Creek, including many fishing reports of the beautiful wild brown trout population, click HERE. I'd recommend scrolling down until you find posts from 2013, my last year as a Pennsylvania resident.
Posted by Michael Agneta at 3:00 AM