Got the flyer (or is it flier?...perhaps it's more like a pamphlet) in the mail for the 2015 International Fly Tying Symposium up in Somerset, NJ the other week. In case you're interested in attending, it'll be the weekend before Thanksgiving, November 21 & 22. 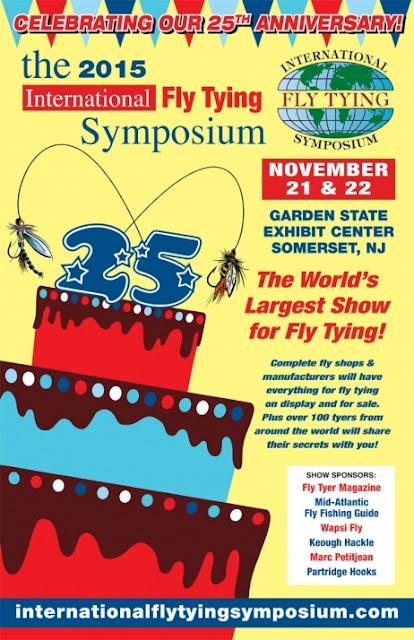 It's been maybe 3 or 4 years since I've been to one, and unless you're a hardcore fly tyer, it's probably not an event you need to go to each and every year, but I have to tell you that if you haven't been, it's definitely worth swinging by. Getting up close and personal and being able to observe and ask questions of folks who really know their way around a vise is a serious treat. Plus, it's not all tying, there are usually some retailers in attendance, as well as a casting pond.  Heck, it's the 25th anniversary of the event this year, maybe there will be cake too...as the image above suggests...mmmm...cake...

I'm sure you've seen this by now, or purposely chose not to watch it...but it's so funny, I'm embedding it because I can.  And don't take offense to the Democrat angle, there's a Republican one too...


It'd be kinda hilarious if someone did something like this to "A River Runs Through It"...maybe someone already has. Buster wants to fish...

Did you see that TenkaraBum is selling a branded rod now? Touted as "the first tenkara rod designed by an American tenkara angler in collaboration with a Japanese rod company," the Suntech TenkaraBum 36 is kinda guaranteed to catch your eye.


Designed with a midsection stiff enough to fish nymphs, but a tip section limber enough to cast light lines, this Swiss Army knife of a rod sizes up to be a pretty rad new option. Oh, and it's going to be sold in Japan as well as the United States, so that's pretty much all the street cred it needs. Plus, I'd be lying if I told you I didn't place an order for one yesterday, so hopefully more to come soon...

Totally nothing to do with fly fishing...but did you see the news that "they" want to open a few Hunger Games theme parks over the next few years, including one in Georgia? 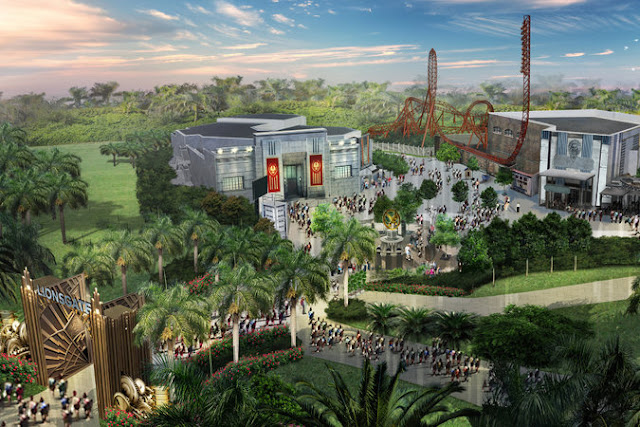 Originally a skeptic, I have to admit that the movies grew on me, but a theme park? Wonder if you pay admission or get selected in a lottery?  All I know is that if I got anywhere near the park and heard cannon shot(s) off in the distance, I'd probably turn around immediately. Unless of course instead of meals with Princesses, there was "breakfast with Katniss" or something...then I'd be so in.

Last but not least, time for some blog love...and holy smokes...look who's back!

This week's blog love goes out to Fontinalis Rising who took time out of his schedule to put on a fresh pot of Monday Morning Coffee...the first one in like 4 or 5 months. Talk about caffeine withdrawal... 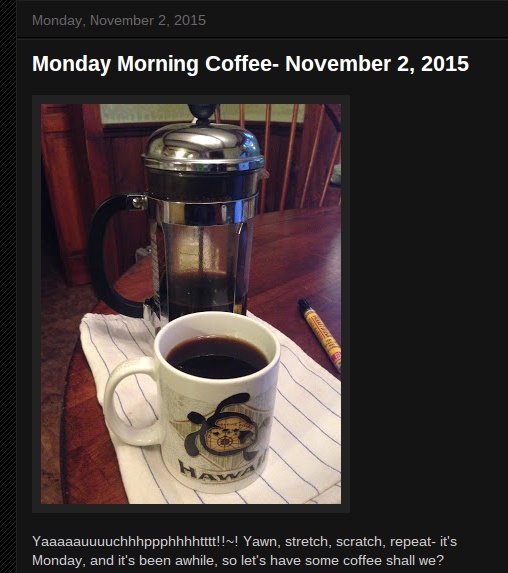 Glad to see JT back writing again, even if it was simply a token update as to his current whereabouts.

Welcome to the South Mr. Tucker, just steer clear of 'em Duke boys if you know what's good for ya...maybe we'll meet up at Hunger Games Land in the not too distant future...
Posted by Michael Agneta at 3:00 AM