Fishing The Driftless...It Wasn't Quite What I Expected...

I'm not exactly sure what I expected before I headed to Wisconsin. You read stories online of the Driftless, its magical spring-fed streams, and trout upon trout upon trout. While I don't doubt those tales to be true, I have to say, I was a bit befuddled when it came to fishing last weekend, at least with my tenkara rod.


Hailing from Pennsylvania, the large majority of my tenkara fishing was done on somewhat high gradient creeks and small streams that had many features...riffles, pocket water, plunge pools, downed trees, etc...each that over time, you learned were fish holding environments, and idea places to toss your kebari/fly. In subsequent years, traveling to places such as Utah, Colorado, and the Smoky Mountains to fish only reinforced that concept of what tenkara trout fishing looked like. Then I went to Wisconsin. 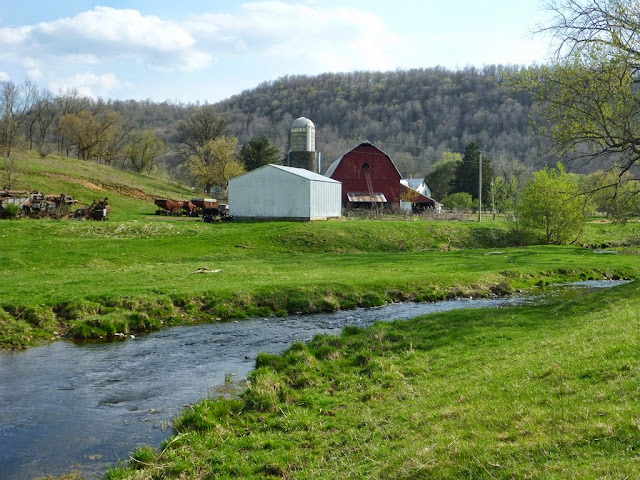 Now don't get me wrong, I caught fish in Wisconsin...but it certainly wasn't by using the "traditional" tenkara tactics that I was used to and were proven from previous experience. Actually, if it wasn't for my friend MacLoosh suggesting that I try tossing dry flies (Elk Hair Caddis), my fish numbers would have been far, far lower. 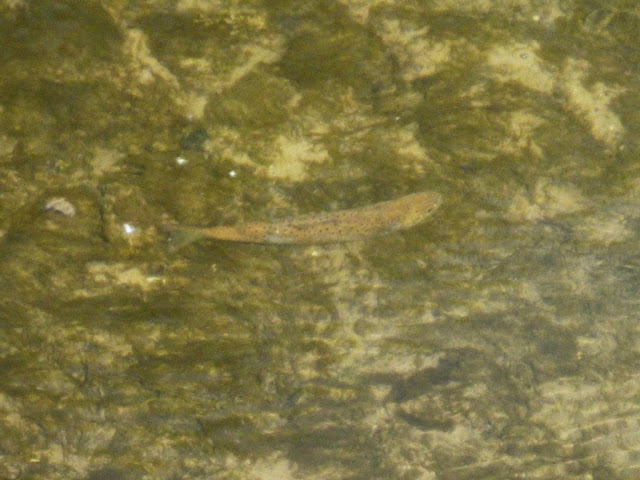 Actually, let's take a step back...in planning for the Midwest Tenkara Fest, one of my blog buddies, Mark Mlekush, inquired about fishing together while I was visiting. He had just purchased his first tenkara rod, and was planning on attending the MWTF on Sunday as well. I'm not one to turn down fishing invitations, so we ended up fishing together on both Sunday after the Fest, and pretty much all day on Monday.

It was definitely welcomed company. In the little bit of solo time I spent on the water on Saturday morning on Timber Coulee and Coon Creek before heading to the Fest for the day, I had caught a grand total of 3 fish using a combination of unweighted kebari, beadhead kebari, and pink squirrels. Ok, but not great. 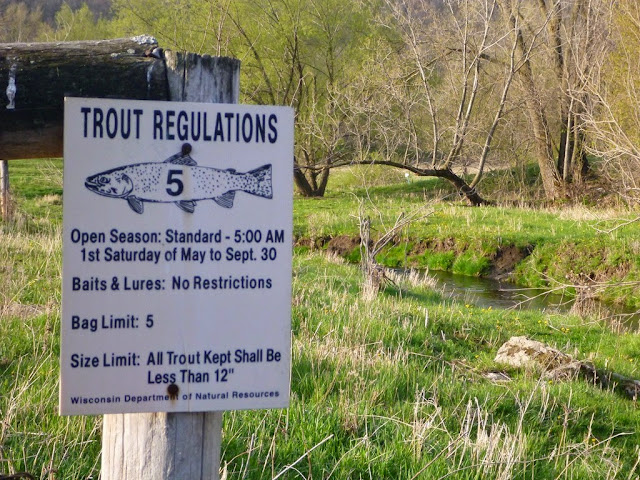 That changed on Sunday afternoon once Mark suggested we target risers with the EHC. I spent our first stop on Rullands Coulee Creek basically figuring out how to approach the fish without spooking them...primarily using a floating tenkara line and a longer than normal length of tippet, I played with some fish but didn't catch any. I think Mark brought one or two to hand.


We then moved over to Timber Coulee and by the end of the night (it was starting to get late) I got on the board with 3 fish of my own...all rising browns...all on the Elk Hair Caddis. It felt good to get rid of the afternoon skunk. 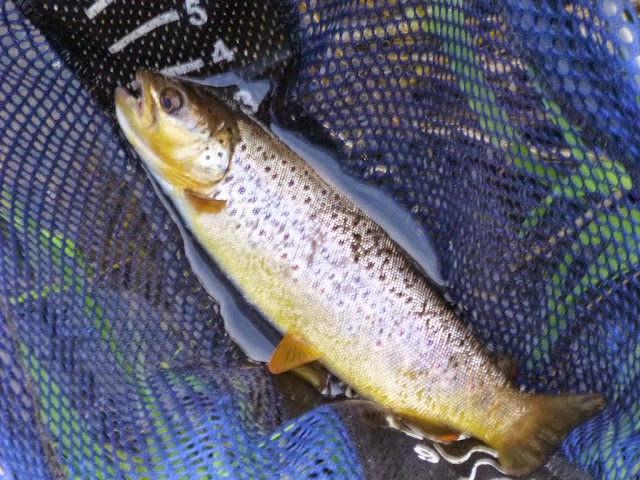 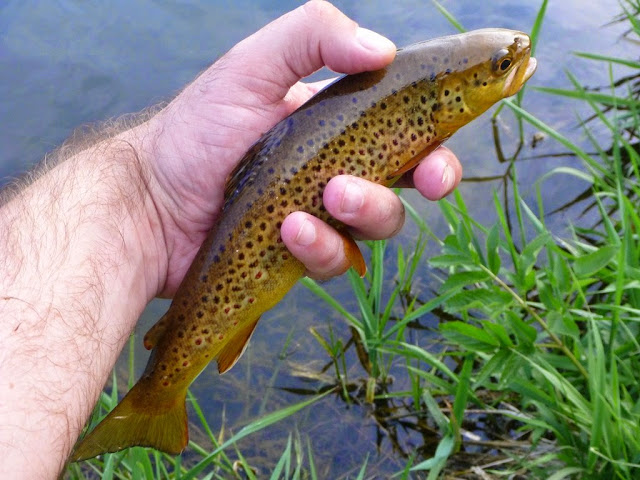 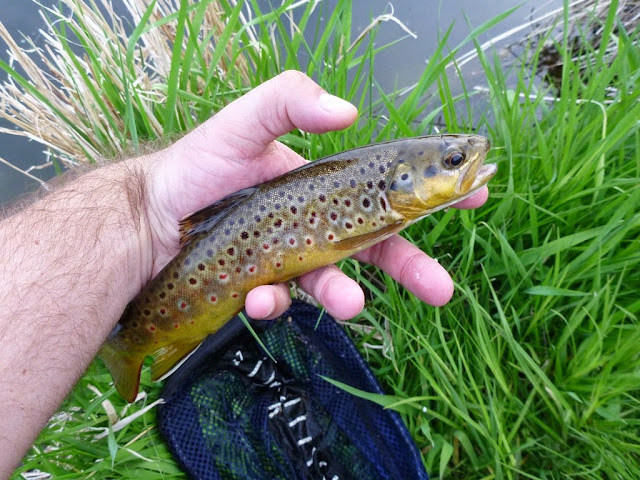 The next day we met up again at about 9AM and decided we were going to hit a few more streams. Our first stop was Bohemian Valley...which actually had some trees...and some shade! I managed a hookup on one fish that was just sitting beside a log, but when I lifted my rod to set the hook I got snagged in an overhead branch and it popped off. Guess I was spoiled by fishing with no trees up until that point. Mark ended up sneaking off and fishing an even smaller feeder stream and landed a few brookies. That sneaky bastard... 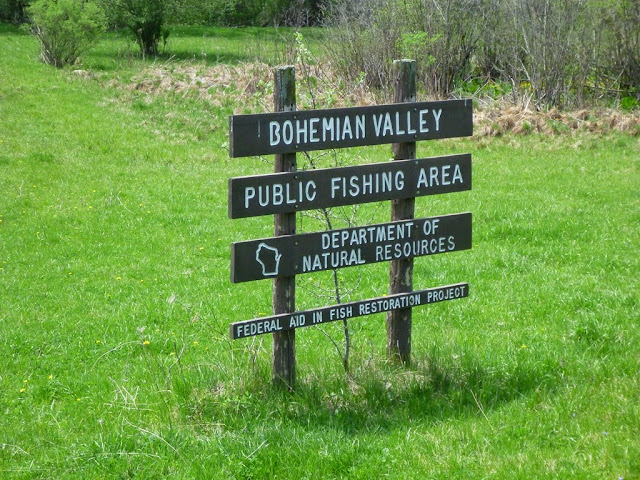 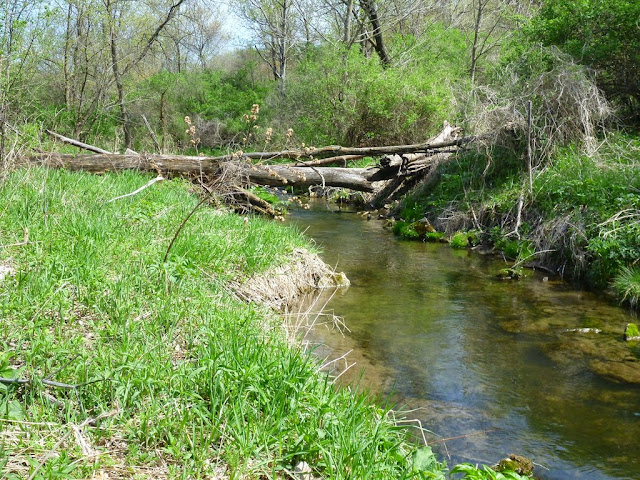 From there we headed back down to Timber Coulee slightly upstream from where we fished the night before. It was game on! After an hour or so of slow fishing, things really started to pick up and I got 6 browns on dries in a span of about a half hour...bringing 5 to hand.  It was an absolute blast! Two came out of the same hole in an undercut bank as the caddis drifted on by. Both fish absolutely crushed the fly, one was a solid 15 inch brown, the second a carbon copy, only slightly smaller. 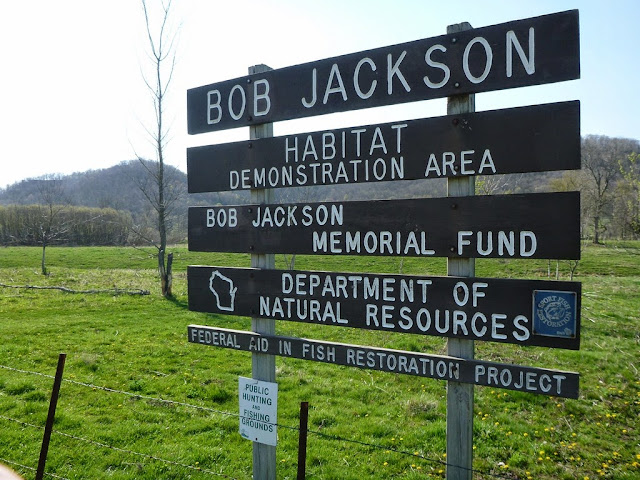 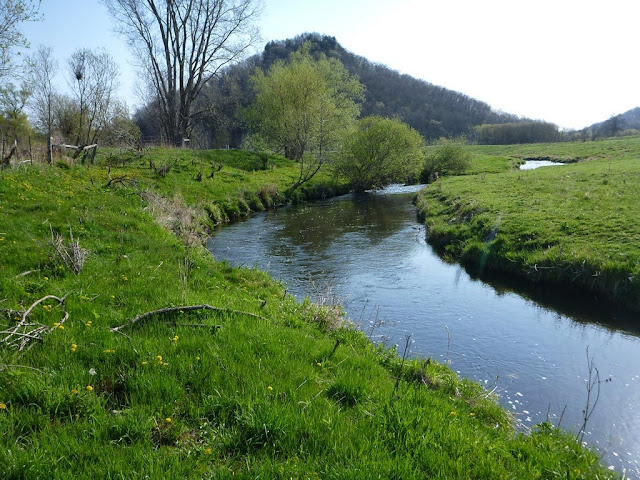 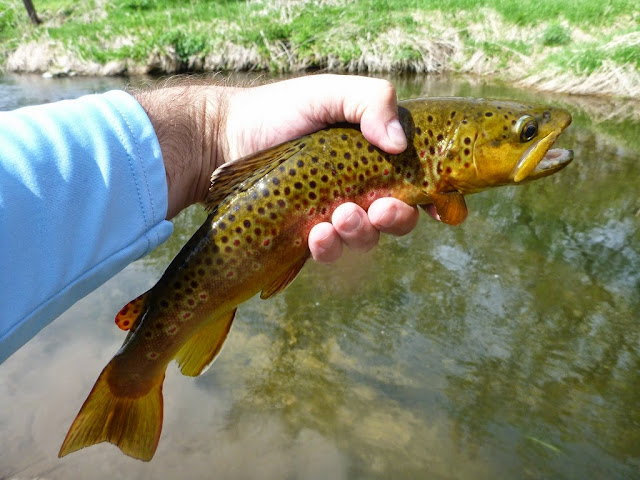 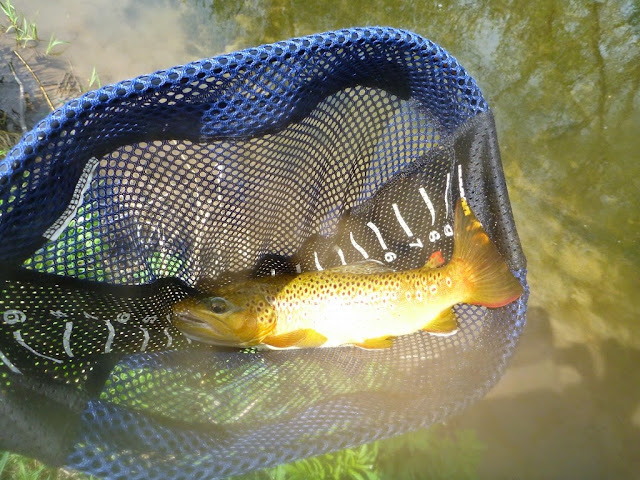 When I finally caught up with Mark, he was fishing quite a bit downstream, trying to pick up a trout that had been teasing him for about 20 minutes. Content, and just soaking in the "pastoral beauty" I rested in the field looking on...there's something to be said for just chillin' in the grass. 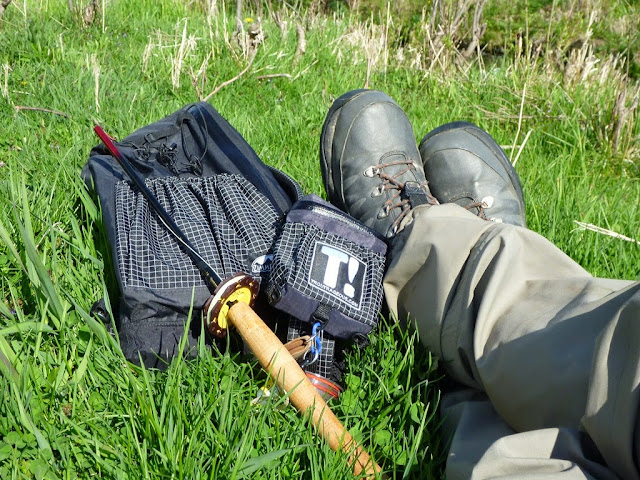 He never did catch that last fish, but I know he caught quite a few that day. I think it was a solid outing for the both of us. Now 5PM, we had intended on hitting Spring Coulee on the drive back to town, but I think we had both had our fill of fishing for the afternoon. Days where you leave the stream satisfied are always good ones.

Fly fishing tenkara in Wisconsin was definitely not what I expected, but I sure was glad to have a good friend like Mark point me in the right direction. While I found the fishing to be challenging, the scenery was beautiful, and much like the prior days at the MWTF, it was an absolute pleasure to finally meet someone you've been friends online for quite some time. Thanks again MacLoosh...I had a blast!


Postscript:
Some people have interpreted this post as negative, or a slam on the Driftless. Quite the opposite. After fishing for trout in fast moving, high gradient streams all my life, the handful of slower, winding meadow streams I fished last weekend were definitely new (to me) and an interesting change and challenge. Not a condemnation of the area by any stretch, simply part of an enjoyable personal learning curve. I had a tremendous time fishing in Wisconsin and after only sampling a very small percentage of the waters the area has to offer, I look forward to going back someday.
Posted by Michael Agneta at 3:00 AM