As if this blog does not already serve as a giant, shameless act of self-promotion, I'm going to plug the most recent issue of Tenkara Magazine.  Especially...ahem...page 33. 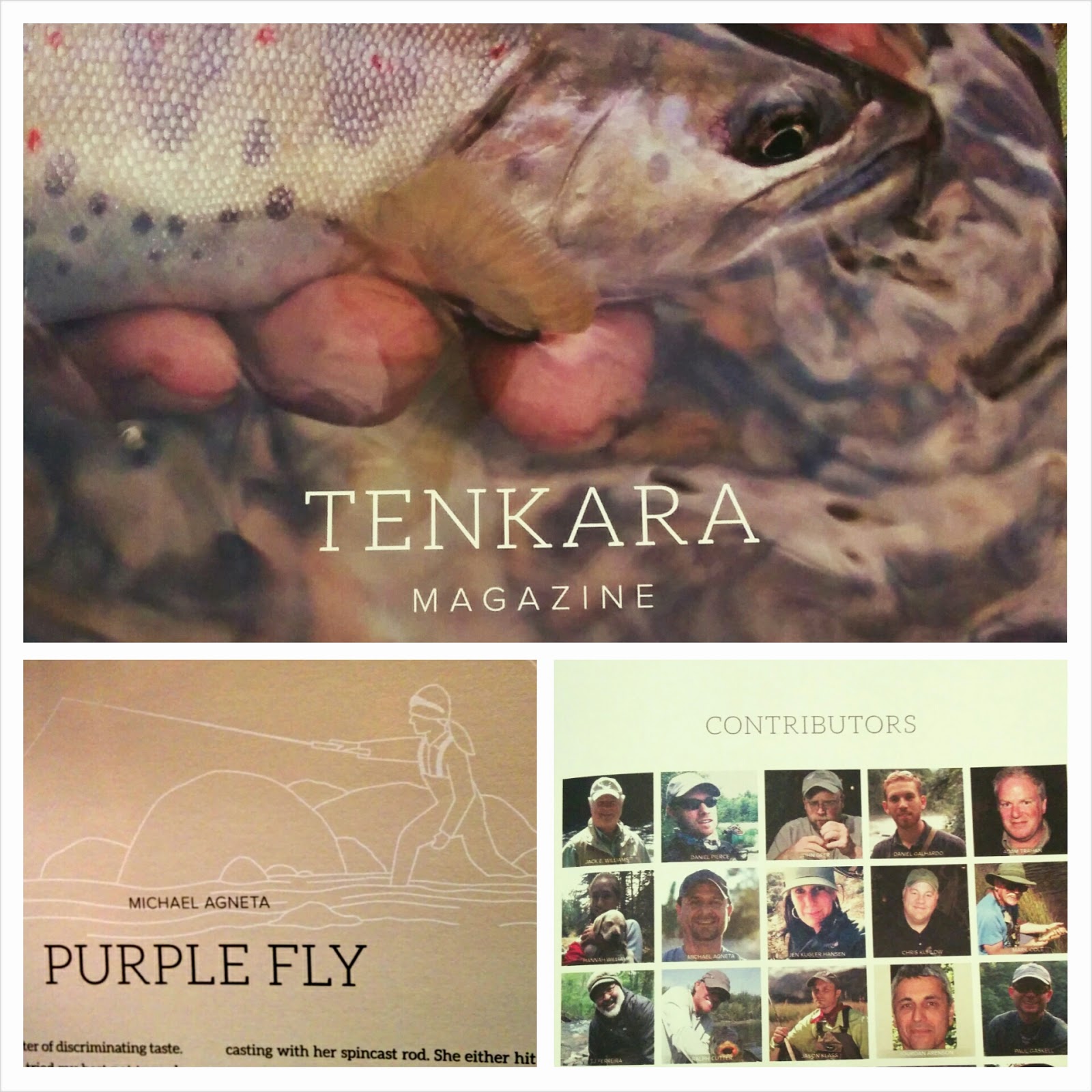 While "Purple Fly" is not the longest piece I've ever written, as it was originally intended to be a blog post, I'll certainly take it as a first foray into print.  (Thank you whomever did the editing!)  In case you were wondering, it's a short about my daughter Lilly's re-kindled interest in fishing.  What did you expect...a Tenkara Sasquatch exposé?

But don't just read it for my nonsense, there are also several contributions from other "friends of the blog," such as Chris "Kiwi" Kuhlow, who submitted a great piece on Saltwater tenkara.

I'm sure that most that are interested in this kind of magazine have already placed their orders, but for the few holdouts, or those that missed the release over the holidays, the 2015 Tenkara Magazine is available HERE.