Wednesday Nibbles - The "Van Down By The River" Edition

So...umm...yeah...it's been a while since I've written one of these.  Please excuse me as I blow off the dust, shake off the cobwebs, and get this rust bucket moving again...

I have to admit, I'm a bit out of the mainstream fly fishing scene.  I've been on this 100% tenkara bender for the last month or two and I'm not sure what is up, down, or otherwise out there these days in terms of rods & reels & flies that actually look like bugs...plus, I only visit Moldy Chum on Fridays...

Seems every fishing magazine I pick up these days is all moist and tingly about carp and two handed rods...switch rods, spey rods...all that crazy stuff.  Did you know there's a two handed tenkara rod?  Actually a few...could probably catch a carp with one if so inclined.  Check out this split grip from the mad scientists at Riverworks...

Okay, okay, okay.  I need scoop.  If I go get me one of those newfangled GoPros...can somebody show me how to make one of these RKO videos?  Like what software do I need?  Can I do it in MS Paint like everything else?  Holy crap, the comedic fly fishing applications are endless with nonsensical edits like this...nobody would be safe...


I was wondering...and this is the stupid kind of $hit I think about when I can't sleep...like what would be the ultimate fishing mobile?  Yeah, I dig my Subie and all...as do most other 50-something lesbians (no offense ladies, you're my demographic)...but I was thinking an old, inexpensive beater van of some sort that could be pimped out after the fact.  The kind you could just throw a kayak...or cot...or fly tying desk...or keg in the back along with all of your gear and bring around from place to place.  Sort of like a mobile fishing station.

Perhaps the wiener dog of transportation, the Sprinter van, would be a most awesome solution, but damn, those things can be deceptively expensive...  Maybe a "Who's the Boss?" Tony Danza primer-colored van would be the ticket...  But then my demographic would immediately shift to "creepy dudes in a vans."  Not good.  Especially in a neighborhood full of children, like the one I live in. 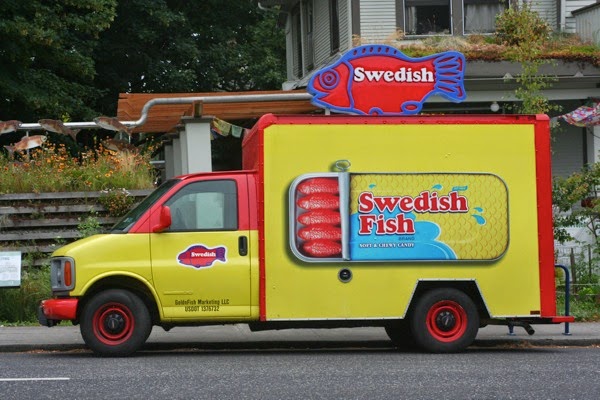 I did get a flier (flyer?) in the mail for the 2014 International Fly Tying Symposium the other day.  It was one of my favorite events to attend back in the day when I lived in Pennsylvania (it's in North Jersey).  If you're not in the know, at least a gazillion fly tyers get invited...most from the US, but some from beyond our borders (that's what makes it "international")...they tie stuff at tables lined up around the perimeter of the show hall...and you get to walk around, watch, and ask questions...

"Do you prefer ceramic bobbins with your horsehair thread...?"

"What gauge wire are you using on your nymphtruders...?"

Plus, there are a bunch of vendors in the middle of the hall selling all sorts of wares...there's nothing better than rooting through a bin full of questionable feathers, factory second beads, and left over Christmas tinsel.  Really, it is fun.  No joke.  Like trying to find the prize at the bottom of the cereal box even though you know it'll probably suck (they don't do that anymore, right?).

Two things of note this year...  1) They're inviting folks from the 51st state this year.  Welcome Canada!  For real.  No jokes about hockey, igloos, or the propensity to say "Eh" allowed I guess.  That's a shame.  And 2) There's going to be a fiberglass rod casting competition.  And where's there's fiberglass, there's guest judge Cameron Mortenson.  Fly fishing social media royalty in the house...TFM represent!  So go check out the rods and bug Cam for free stuff...I bet he'll have at least some stickers... 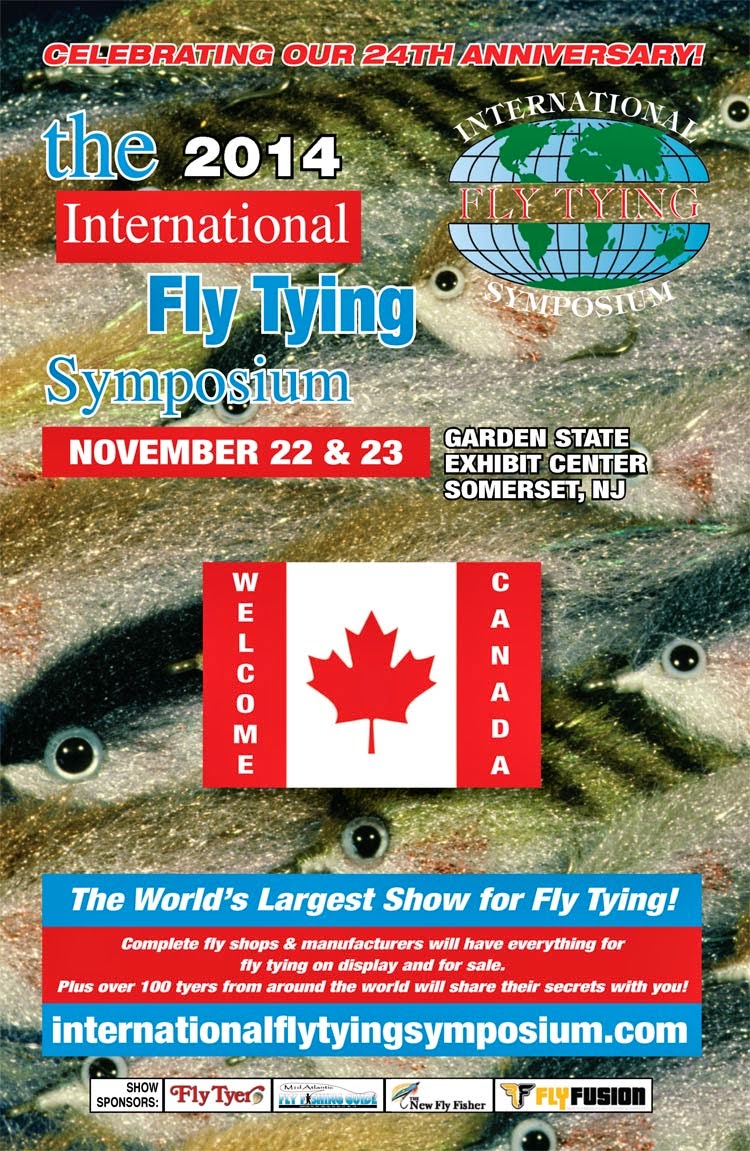 Last but not least (cue the trumpets) BLOG LOVE!

My new blog fetish crush is a blog from Japan called: ぺたうろの毛鉤釣りと 愉快な仲間たちの日記 逆さ毛鉤巻き動画.  Got it? 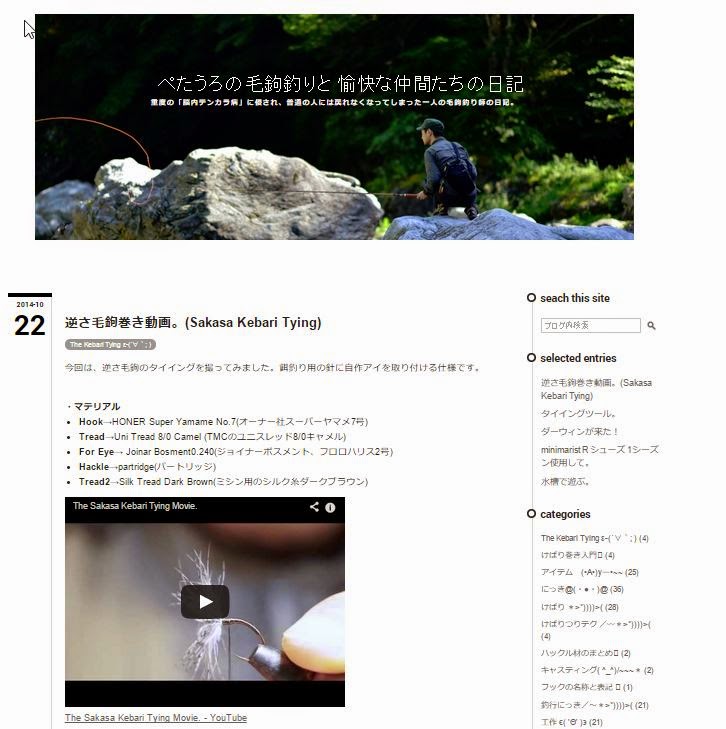 Seriously, it's a pretty fun tenkara-ish blog to follow around, although I really don't expect my readers to take to it since it's written in Japanese.  Maybe if you can tolerate broken "Google Translate" English it'll be up your alley.  I just like looking at pictures in posts like THIS and trying to figure out what's going on.  Regardless, it's pretty rad, and probably one of the only Japanese fishing blogs that doesn't have either ridiculously tiny fonts, excessive images of wacky cartoon characters participating in hijinks, or the combination of the two.  There's actually some really good fishing reports if you go back in time a month...great pictures of streams and fish...

Well, that's it...enjoy your Wednesday...I got a van to buy.