There have been a handful of 2014 Tenkara Summit recaps posted in the few weeks that have elapsed since the event. Two excellent examples can be found HERE & HERE. I had fully intended on jotting down my notes at least a week ago, but some business travel sort of got in the way, so I'm going to catch up now... 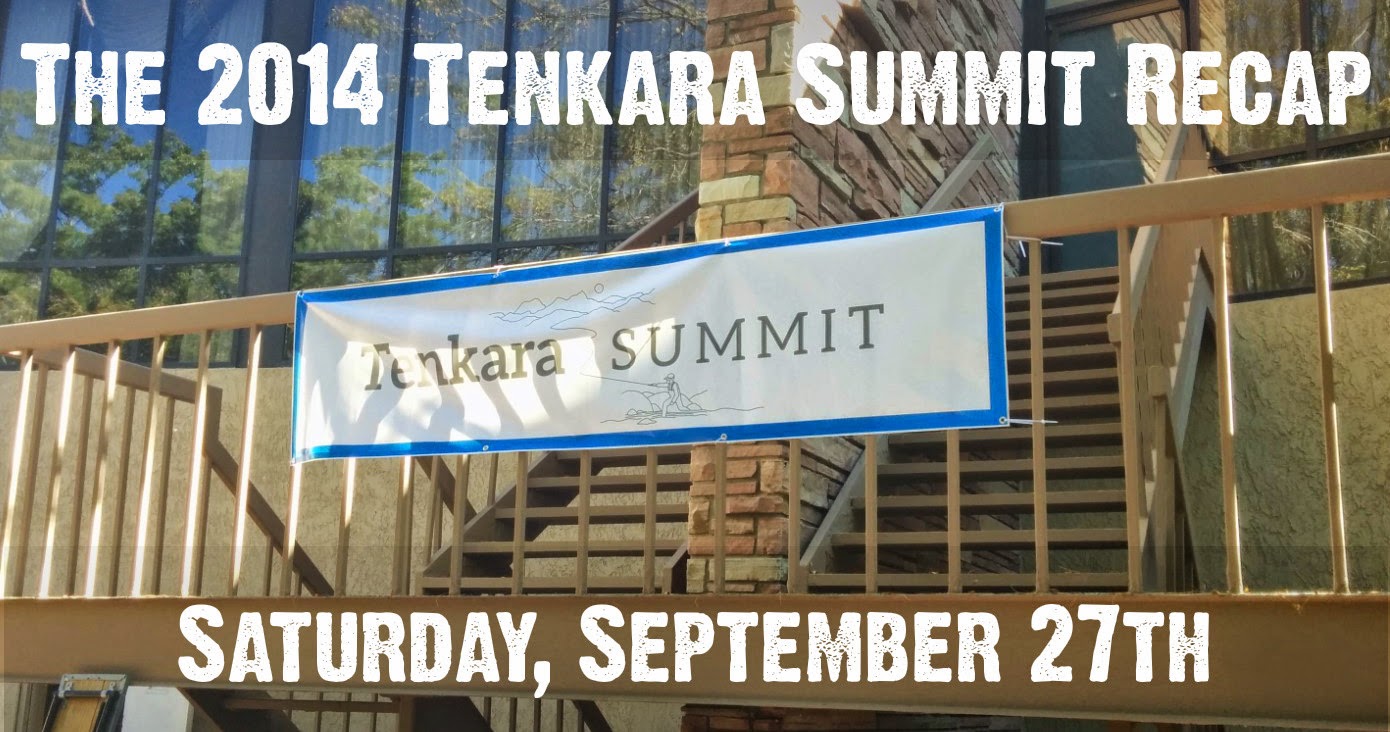 The Summit started a little after 9:00 AM, with some opening remarks by Daniel Galhardo. He spoke a bit about the acceptance and growth of tenkara in the U.S. over the past few years, noting some of the highlights and milestones that took place along the way. A segment from a Japanese TV program on tenkara, featuring Daniel & Dr. Ishigaki also was shown.  The same segment is available online (& below).

Dr. Ishigaki then took to the podium for his tenkara presentation, a bit about his background, the history of tenkara in Japan, an overview of the tackle & techniques, wrapped up by a Q&A session from the crowd. Personally, it's always entertaining to see Dr. Ishigaki speak. While his presentation was very similar to the one in Salt Lake 2 years ago, his passion for promoting tenkara comes through in full despite a language barrier (an interpreter was used). The Q&A session was surprisingly long, but full of interesting asks, both basic & advanced. 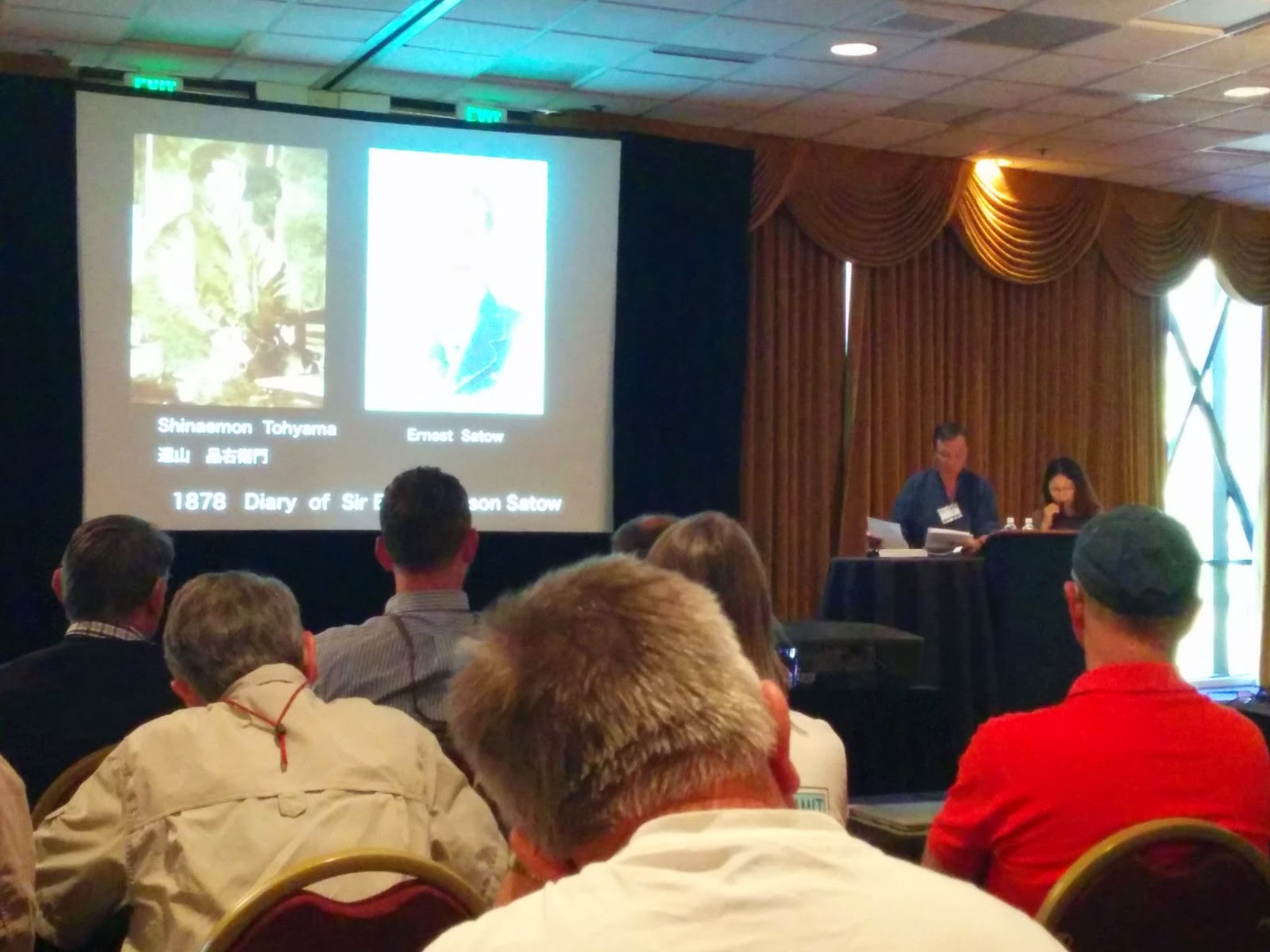 After that, it was time to break out to the product vendors, fly tying demos, and rigging/casting demos. A large hall of vendors featured quite a variety of suppliers...including Tenkara USA, Rocky Mountain Anglers, both Zimmerbuilt & Vedavoo, Fly Fishing Artwork rod cases, Native Eyewear, and artwork by Jeremy Shellhorn just to name a few. 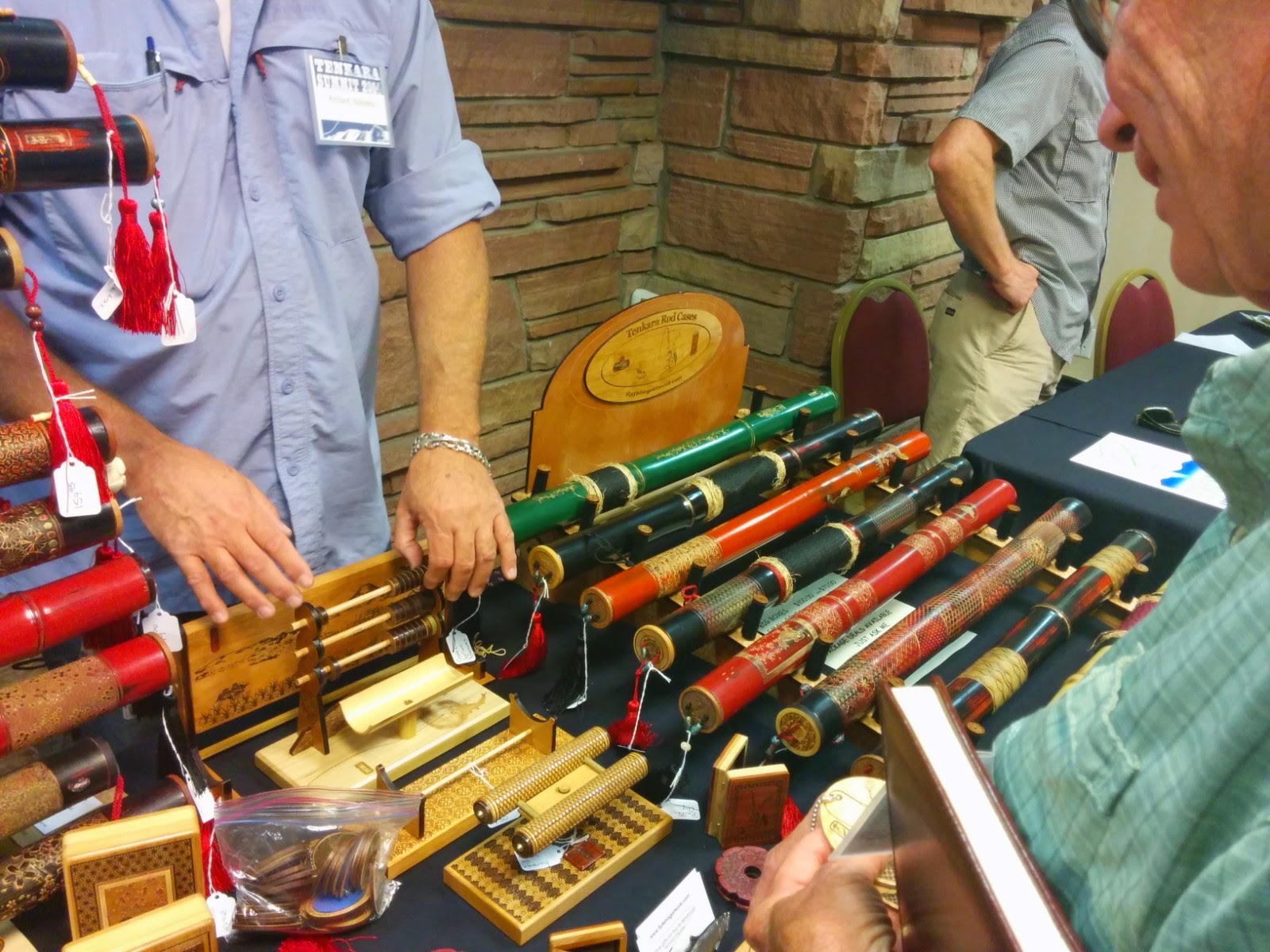 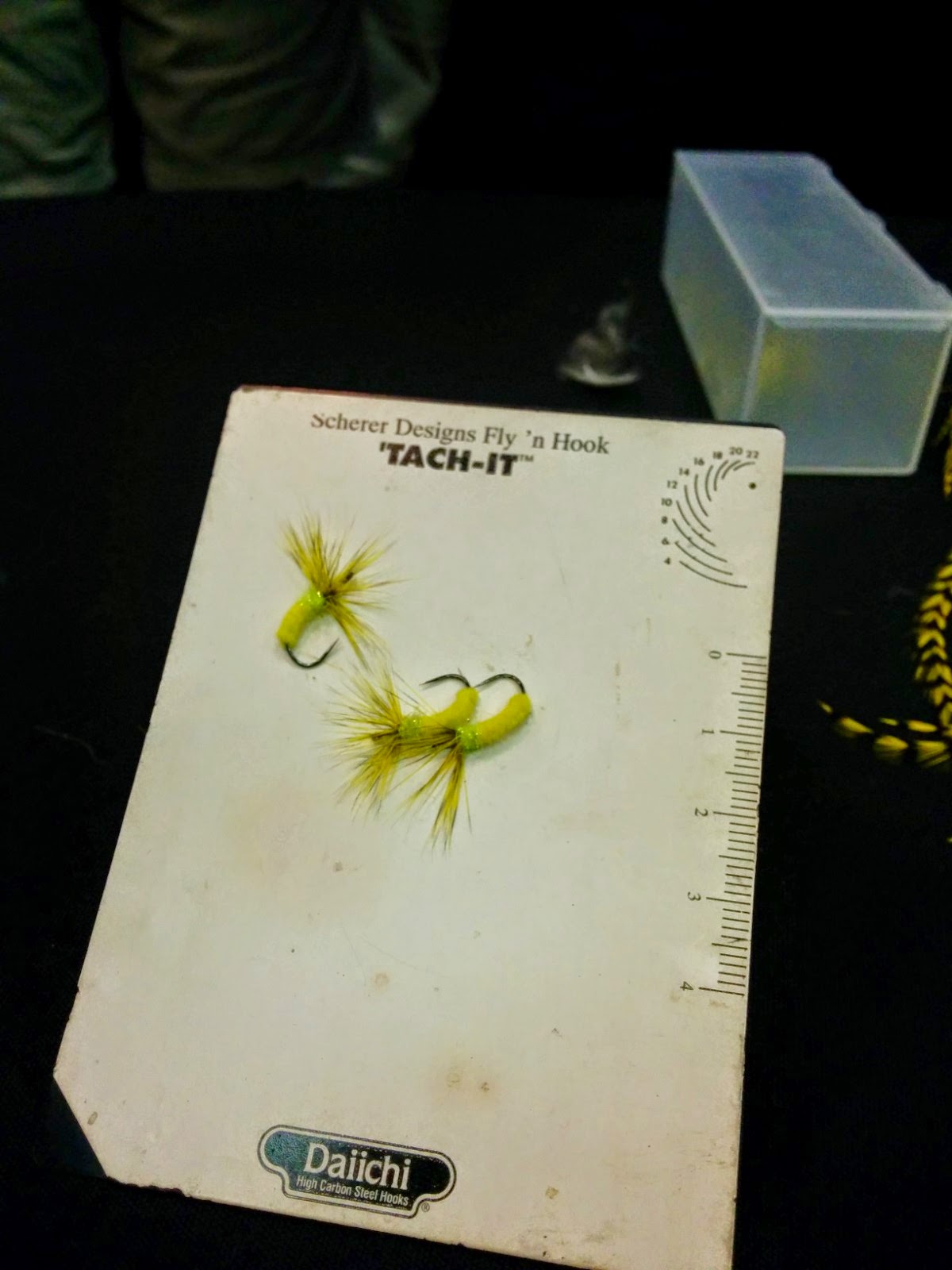 Out on the lawn were the rigging and casting demos. A canopy was set up to show the various knots and whatnot required to attach tenkara lines to rods, tippet to lines, etc, etc... Daniel also showed some basic casting to an eager crowd. He even had Misako Ishimura stand in for a trout to show how to hand line in a fighting fish. It was pretty funny, wish I took video. 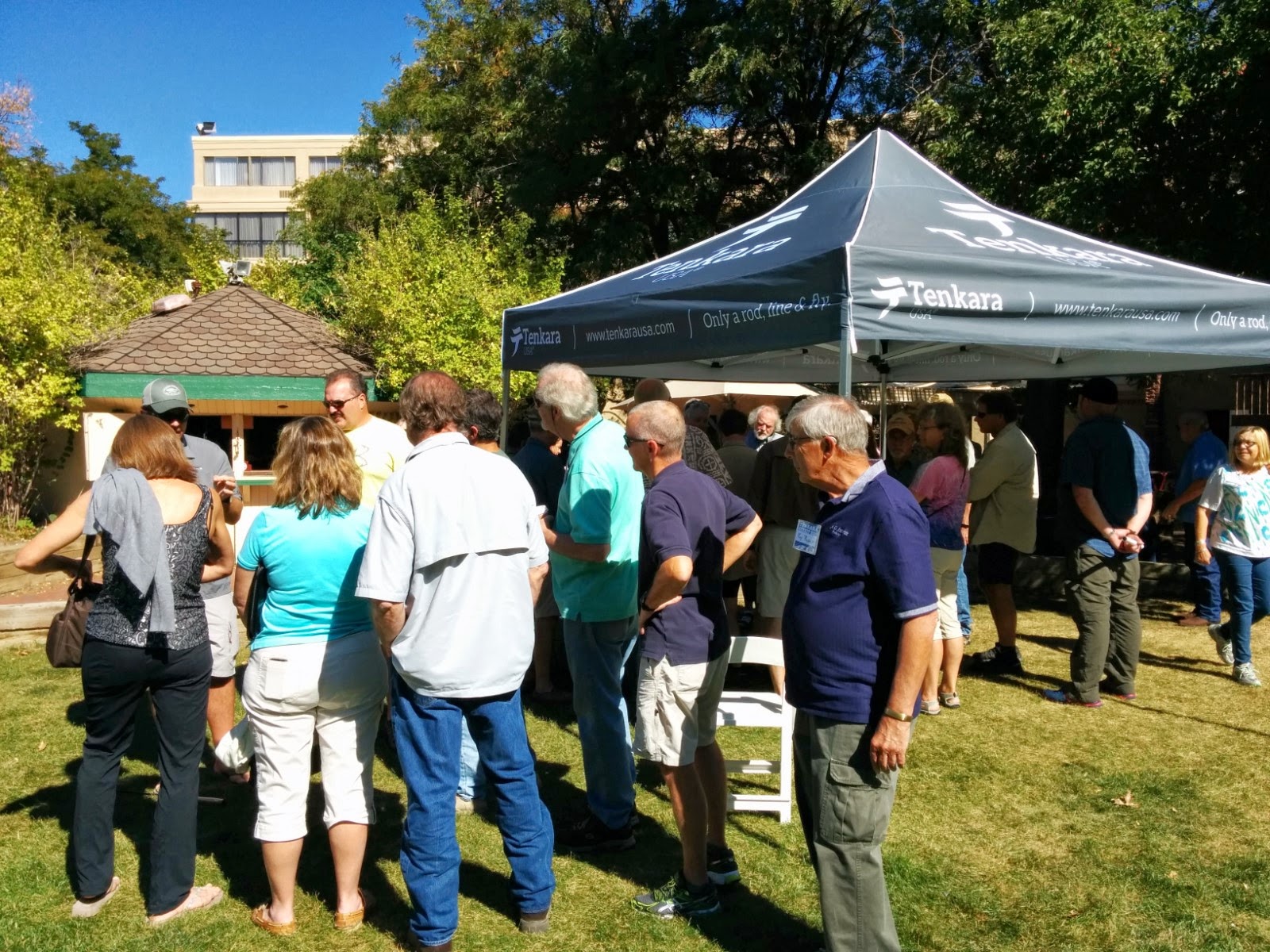 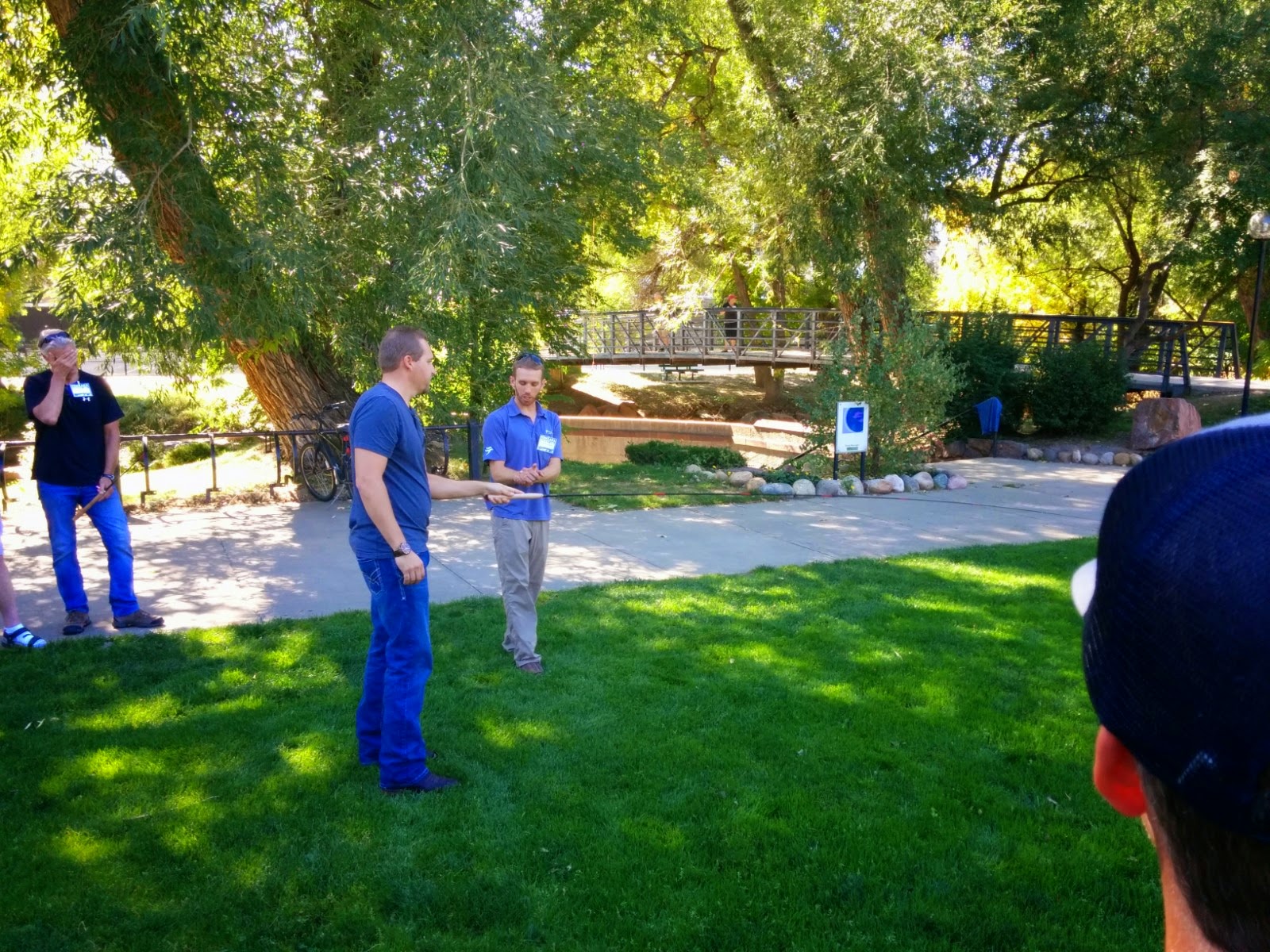 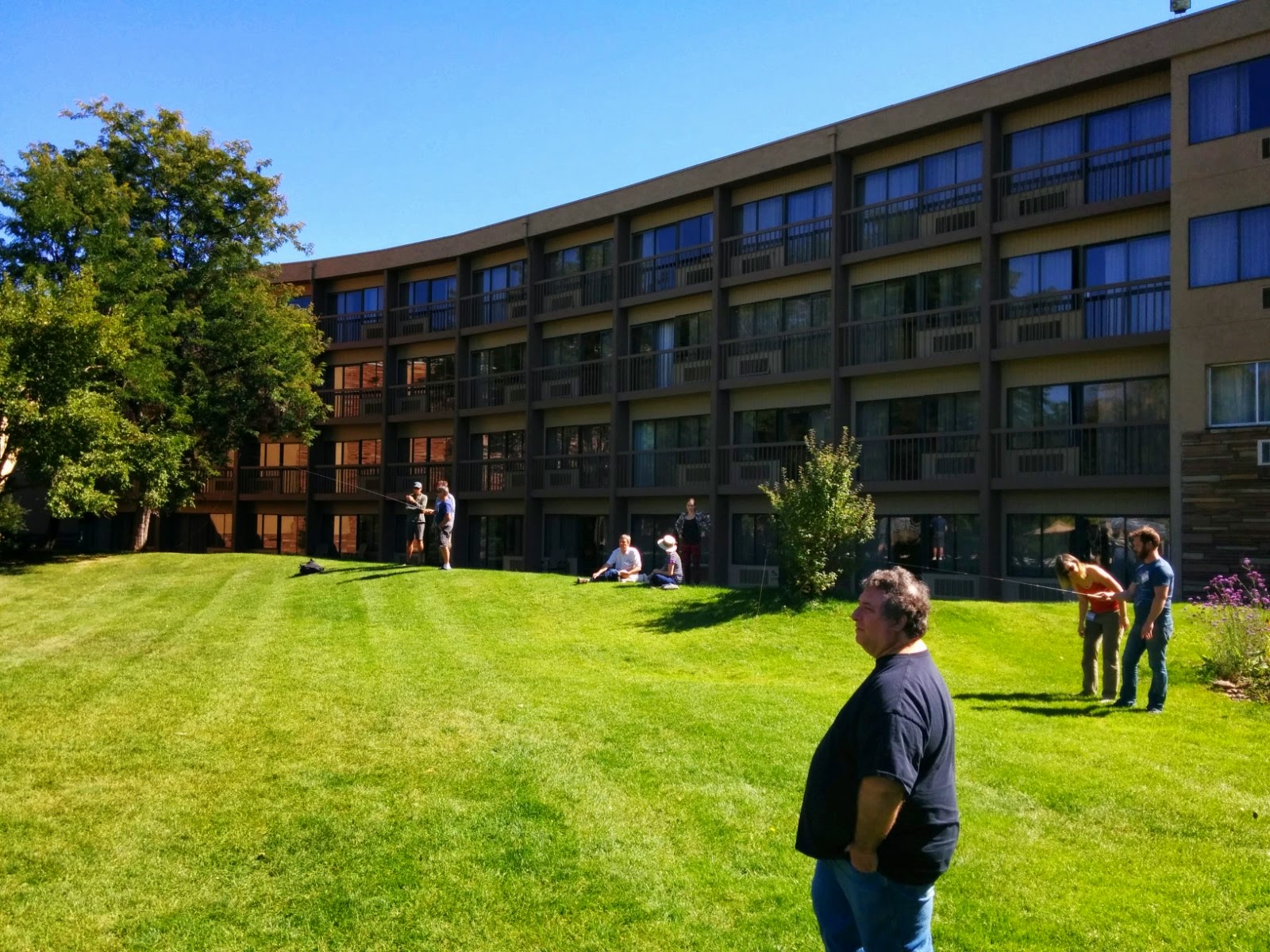 Dr, Ishigaki took to Boulder Creek (which was literally a minute's walk behind the hotel) and showed off some casting & fly manipulation techniques. He even caught a fish with like 80 or so people watching. Crazy. 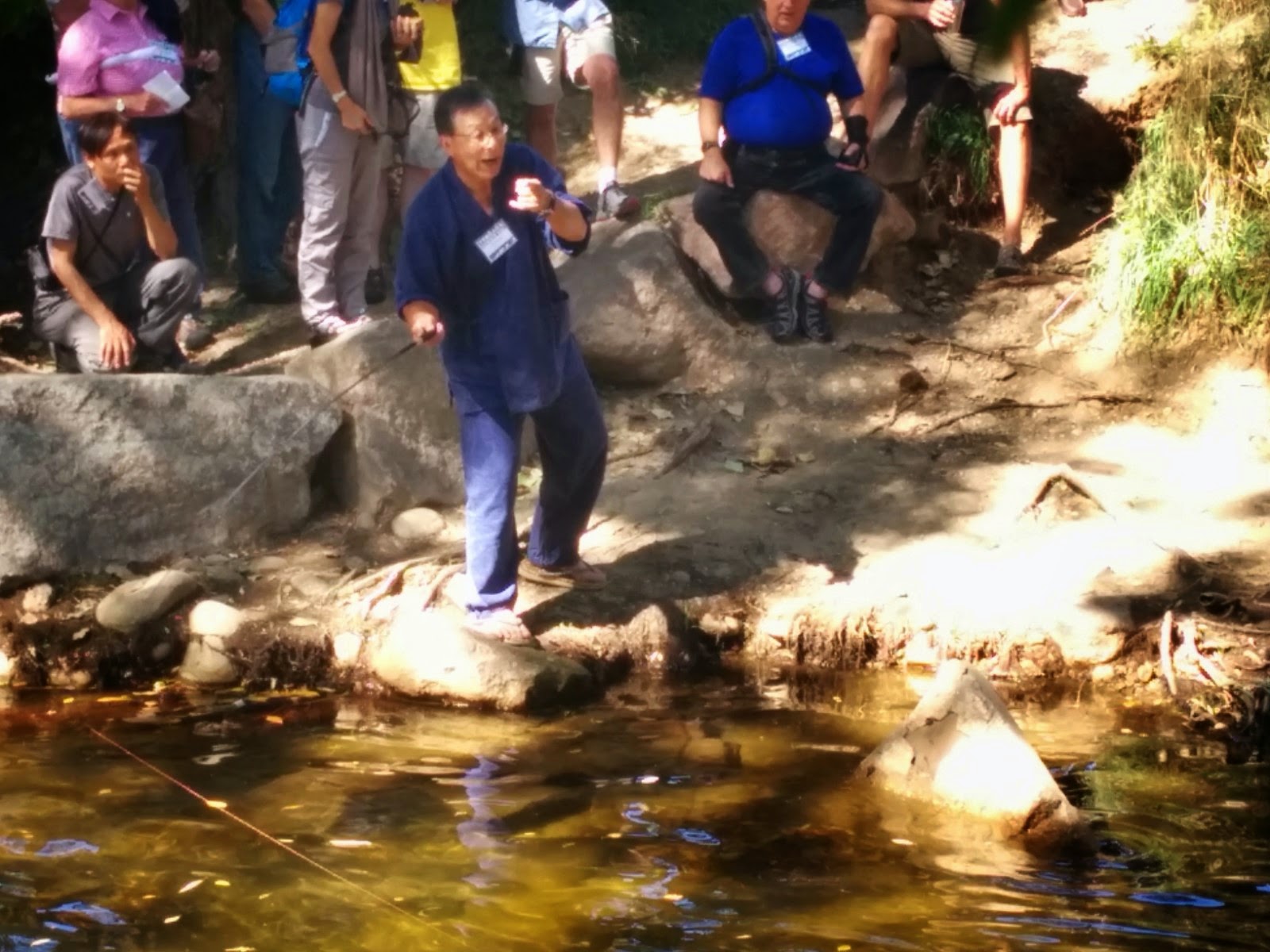 The afternoon closed out with a very entertaining "tenkara magic" show by Dennis Vander Howen, a presentation on the impact on last year's Colorado floodings by Trout Unlimited (which was probably 15-20 minutes too long, my only complaint), and then some local fishing suggestions for the rest of the weekend, first by the folks from Rocky Mountain Anglers, then by Steve Schweitzer, specifically speaking to fishing Rocky Mountain National Park.

After some closing remarks from Daniel, the event wrapped up around 4:30PM, which left some time to go fishing...

There was a smaller nightcap back a the hotel bar for folks that wanted to stick around, including live music and some more up close magic from Dennis. It was pretty fun...plus I'm never one to say no to beer.

All in all, it seemed like a very successful and well run event. If it wasn't, the crew working it on the Tenkara USA side sure fooled me. I had a great time and met some great people.

Looking back, my favorite parts of the Summit event itself was actually the down time in-between sessions and during lunch. The time spent sort of milling about, bumping into folks you knew, if only by name, and saying hello.

I met quite a few people for the first time that I had either been friendly with or was familiar with from similar online circles. Folks like Chris Kline, Graham Moran, & Adam Hanna just to name a few... 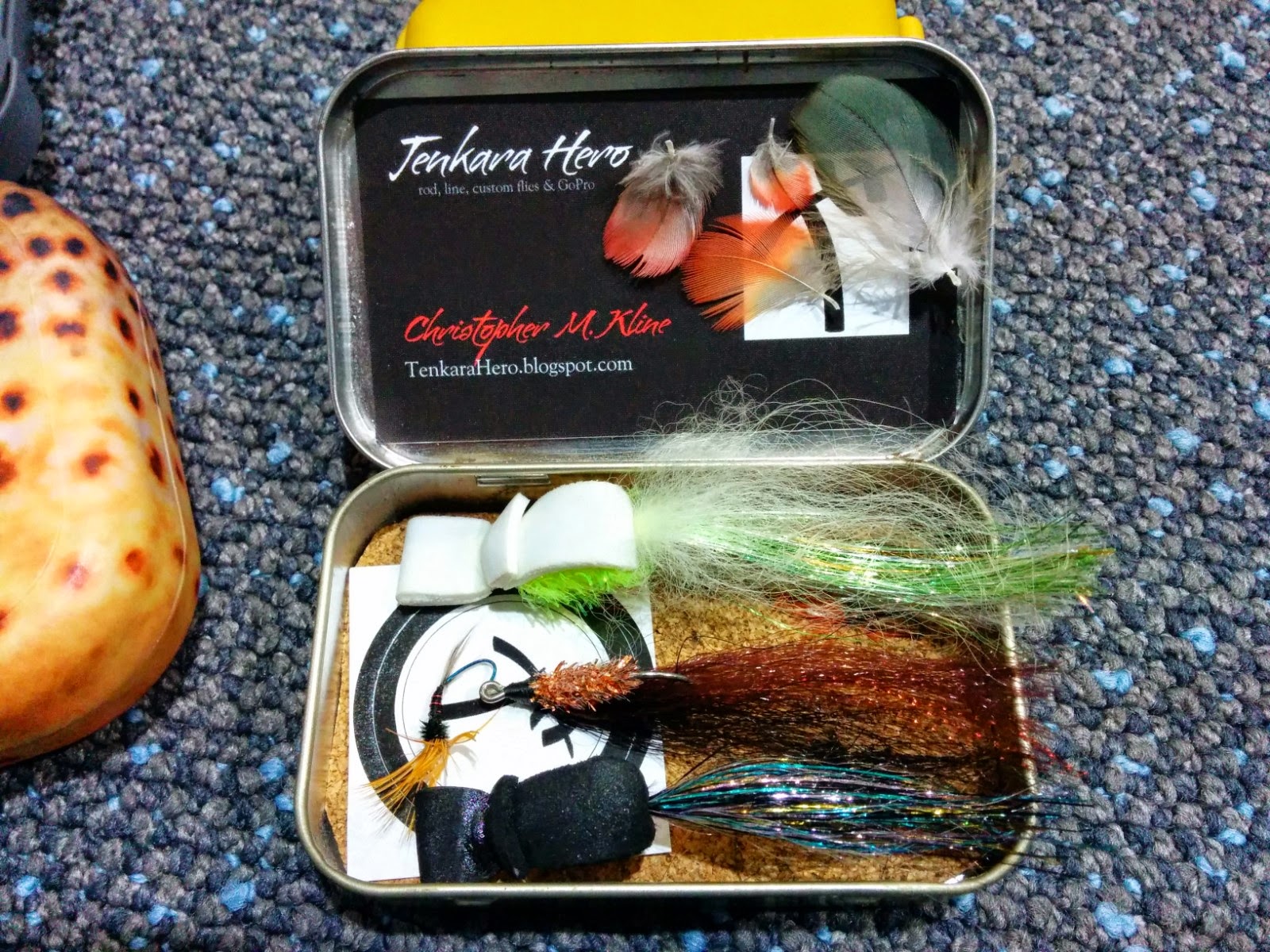 Chris was even so kind to drop off some care packages to several anglers there, myself included. I'd guess the gurglers were probably unique to my Florida-bound Altoids tin though...thanks Chris!