Fishing With A New Friend From Texas

Today will be the first of a few posts recapping the 2014 Tenkara Summit.  I had so much fun and feel like so much was crammed into a few short days, that it's taken me a bit of time to appropriately reflect and collect my thoughts.  I hope you enjoy. 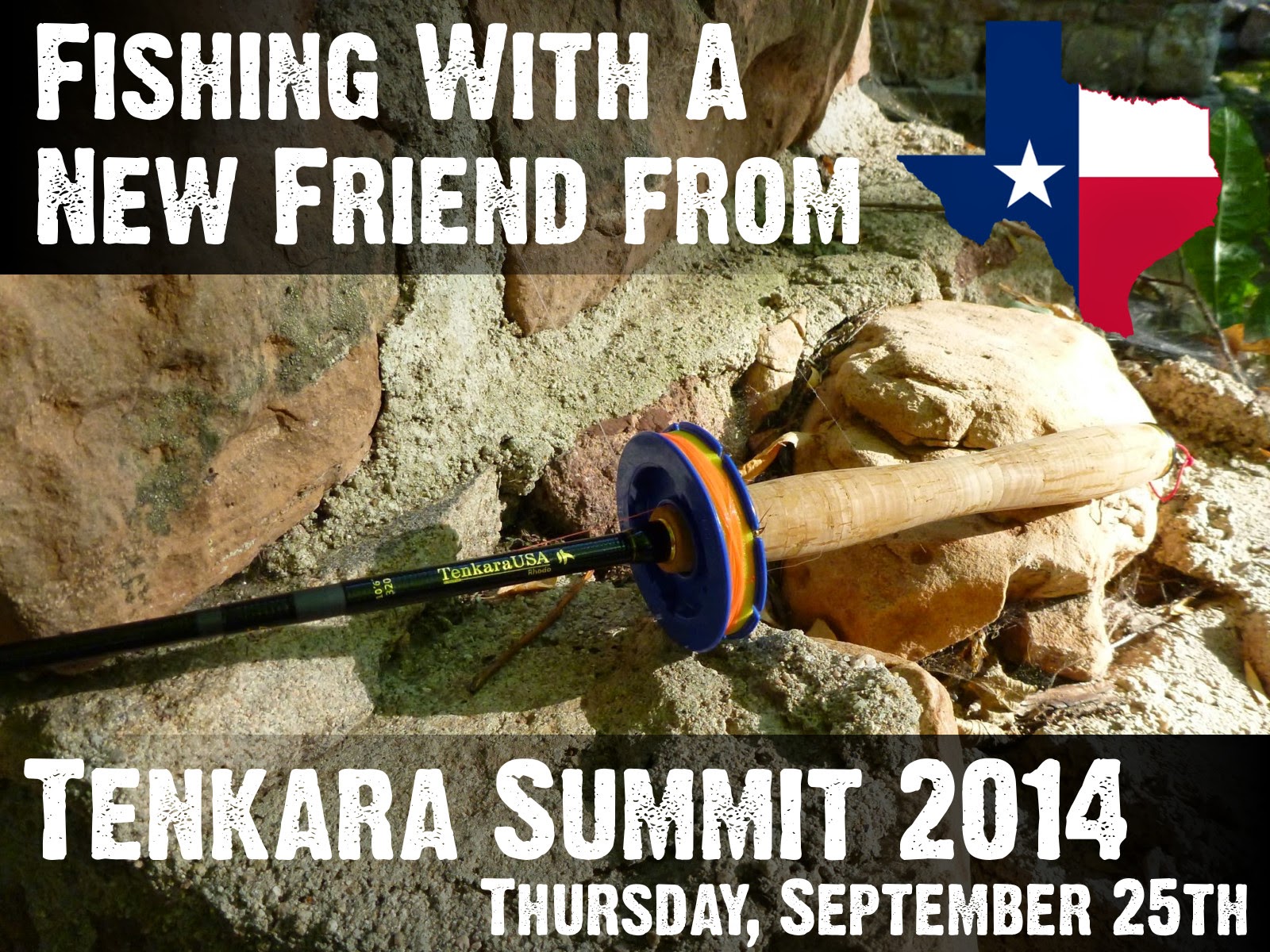 My first day in Colorado was full of action, yet compressed into a few short hours.  Flying West is always interesting in the fact that crossing various time zones from Jacksonville, Florida, through Dallas/Ft. Worth, Texas, and on to Denver, Colorado, makes one sort of a time traveler...I felt like I was hopping on and off of planes all day, yet ended up in picking up my rental car just before the local lunch time. A quick drive North in my rental Dodge Avenger landed me at the Millenium Harvest House in Boulder, which would serve as the epicenter of all Tenkara Summit activities for the weekend.  It was a bit early to check in, but fortunately, I had other things in mind.

I had made arrangements on Facebook to meet up with Rob Gonzalez, moderator of the Tenkara Texas Facebook Group to try our hands in the local waters nearby the hotel.  He too had arrived in the Boulder area a few days early, and was looking for somewhere to go fishing.  Interestingly enough, Boulder Creek runs directly behind the hotel.  No more than 20 feet behind as a matter of fact, it's pretty neat.  The plan was that I was going to call Rob to meet up somewhere once I got settled.

Before hitting the water, I had to stop at McGuckin Hardware, a local hardware store to pick up my Colorado fishing license.  I can't begin to describe how impressive the place is...and I'm no tool guy.  It's really nothing like any hardware store you've probably ever seen, McGuckin's sells all the stuff hardware stores should...as well as things most do not...like sporting goods, car accessories, toys, heck, you name it, they likely have it.  The fly fishing section was quite impressive, and even had a display of tenkara rods! 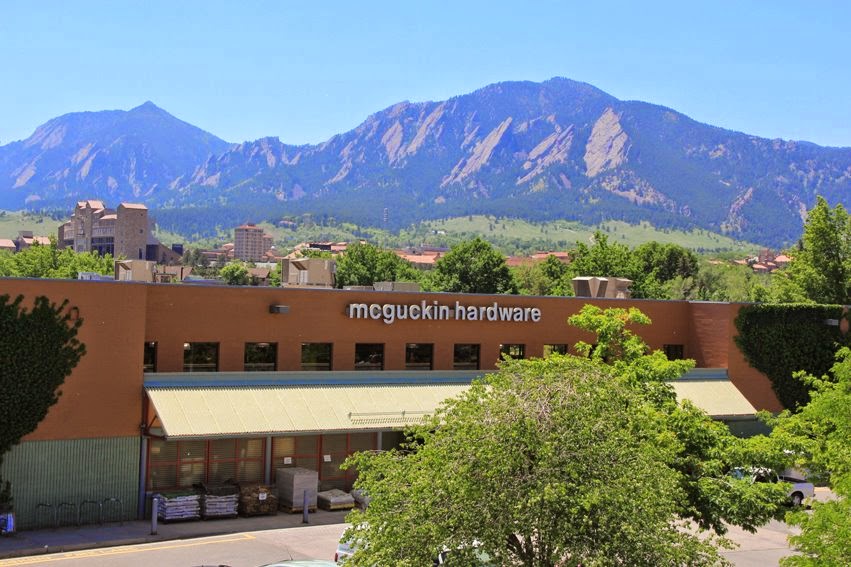 At the checkout, a gentleman approached me and quizzically said, "Mike?"  It was Rob.  What a neat coincidence.  He was killing time in town and also there to pick up his license as well.  That made the meet-up way easier to coordinate than I ever dreamed, so after a bit of exchanging pleasantries we drove immediately toward Boulder Creek behind the hotel. 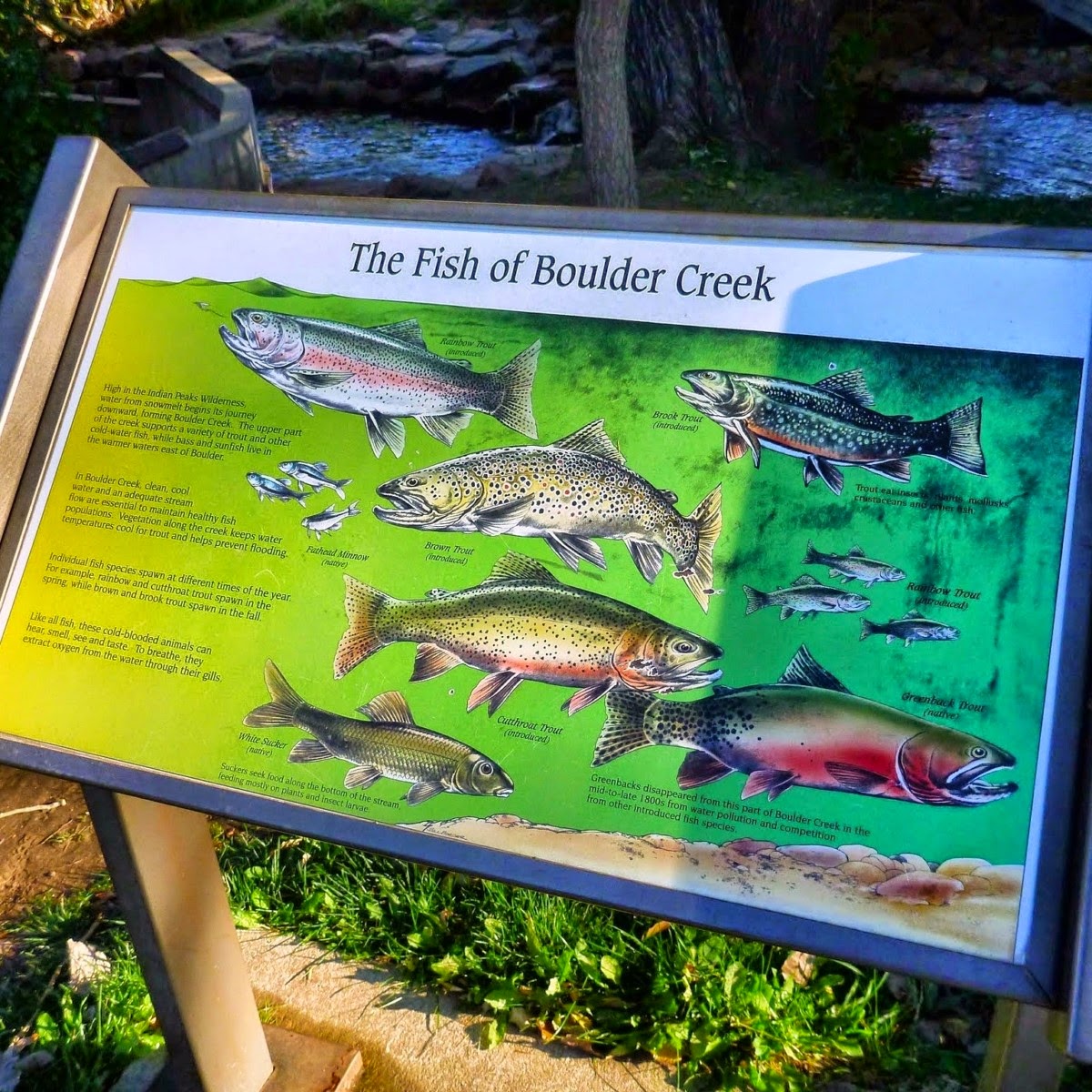 After gearing up, we both dropped into the creek for an afternoon of tenkara fishing.  Honestly, that particular stretch reminded me of fishing a lot of the creeks back in the Philadelphia area, like Darby Creek or Stony Creek...somewhat urban, a fair amount of trees, and definitely signs of people everywhere.

Students from the nearby University of Colorado were walking and riding bikes along the trails around the creek going to and (mostly) from class.  I think at one point a jar of Skippy peanut butter floated past the two of us, it was pretty funny. 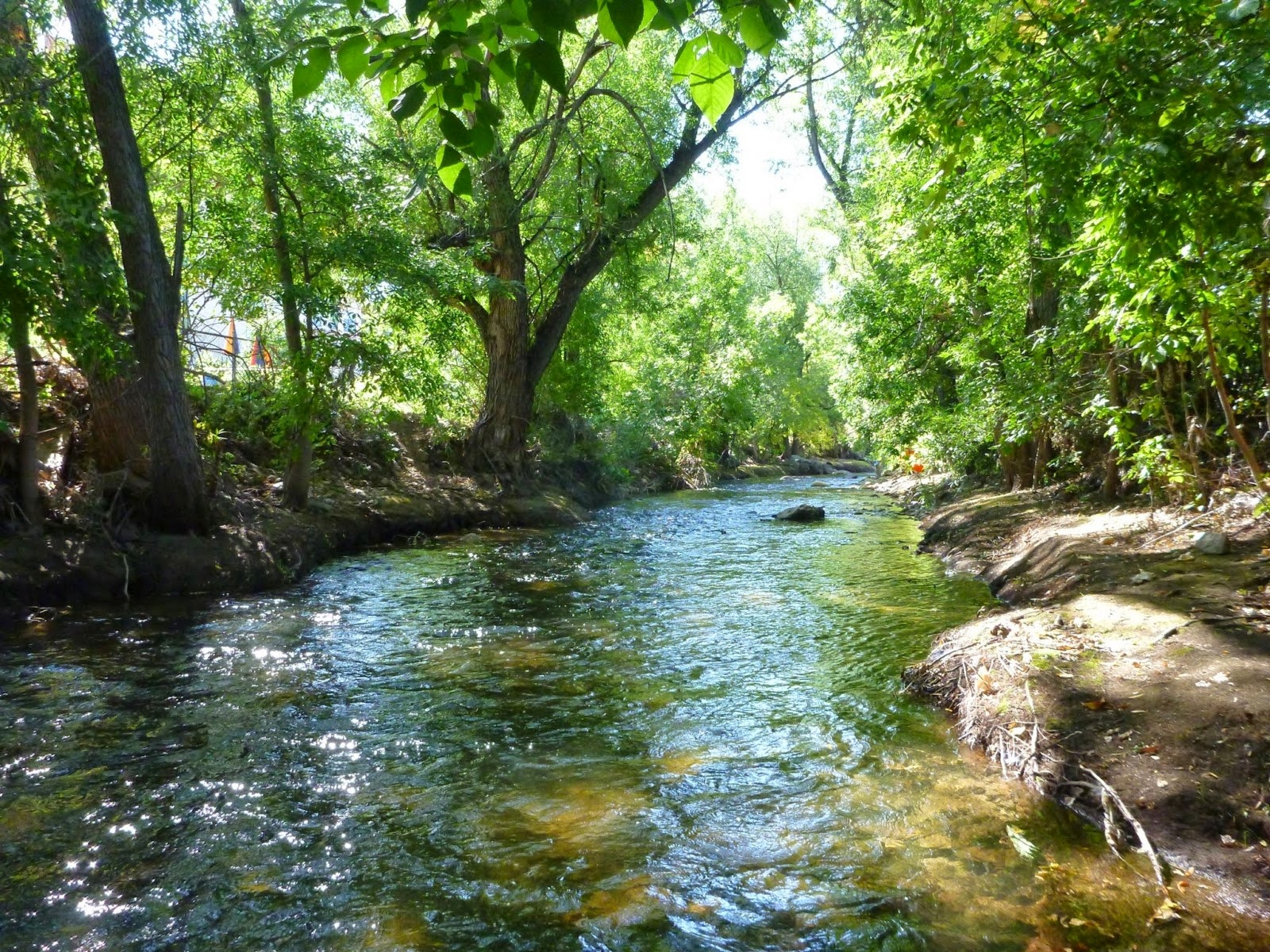 As far as the fishing went, I startled myself with some pretty good luck.  It only took a handful of casts before I got into a solid brown trout hanging out at the base of a submerged rock.  I was in disbelief, it usually doesn't come that quickly. 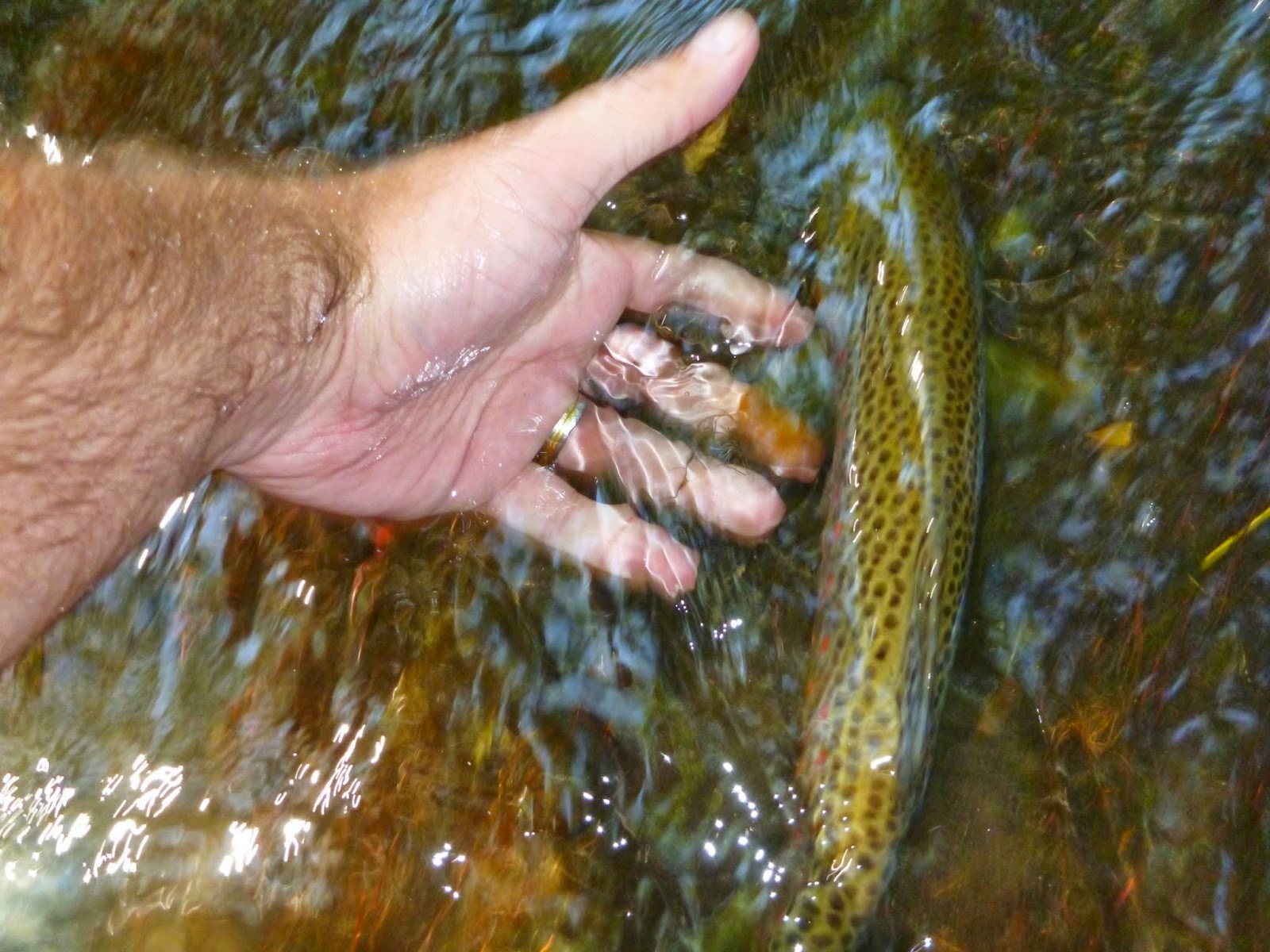 We continued to fish upstream a little bit, but we noticed the water was getting increasingly cloudier as we went up.  We actually didn't fish for too long, perhaps 3 or 4 hours, but had fun leapfrogging each other on the stream, exchanging stories about our families, jobs, tenkara experiences, and home waters, just chatting each other up along the way. 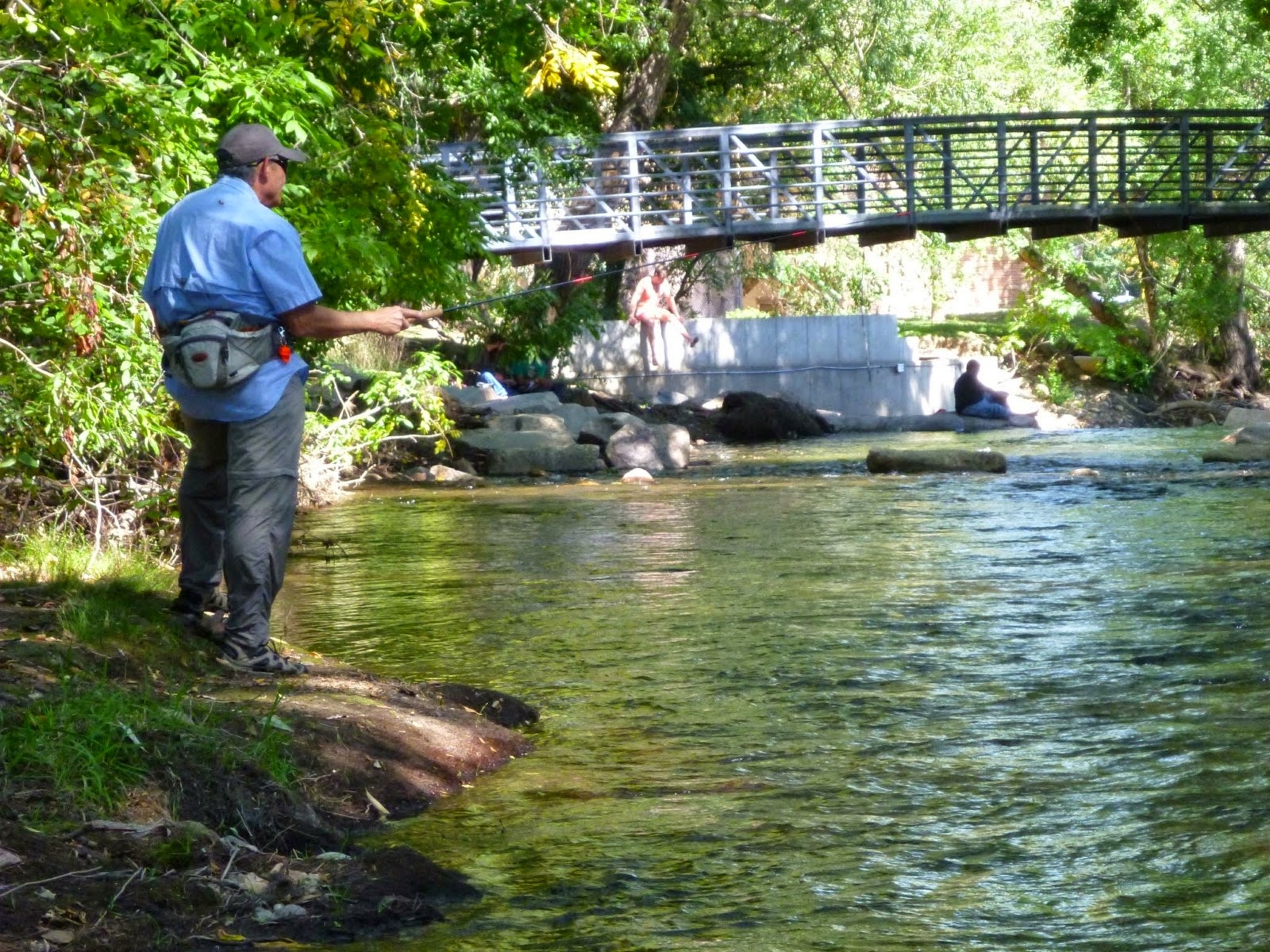 We fished beneath a man-made plunge pool to close out the day, where I was lucky enough to pick out a few more small browns.  However it was relatively short lived, as a homeless man decided to go bathing slightly upstream from us, and at that (and slightly tired from our respective morning of travels), we more or less decided to pack it in and call it a day. 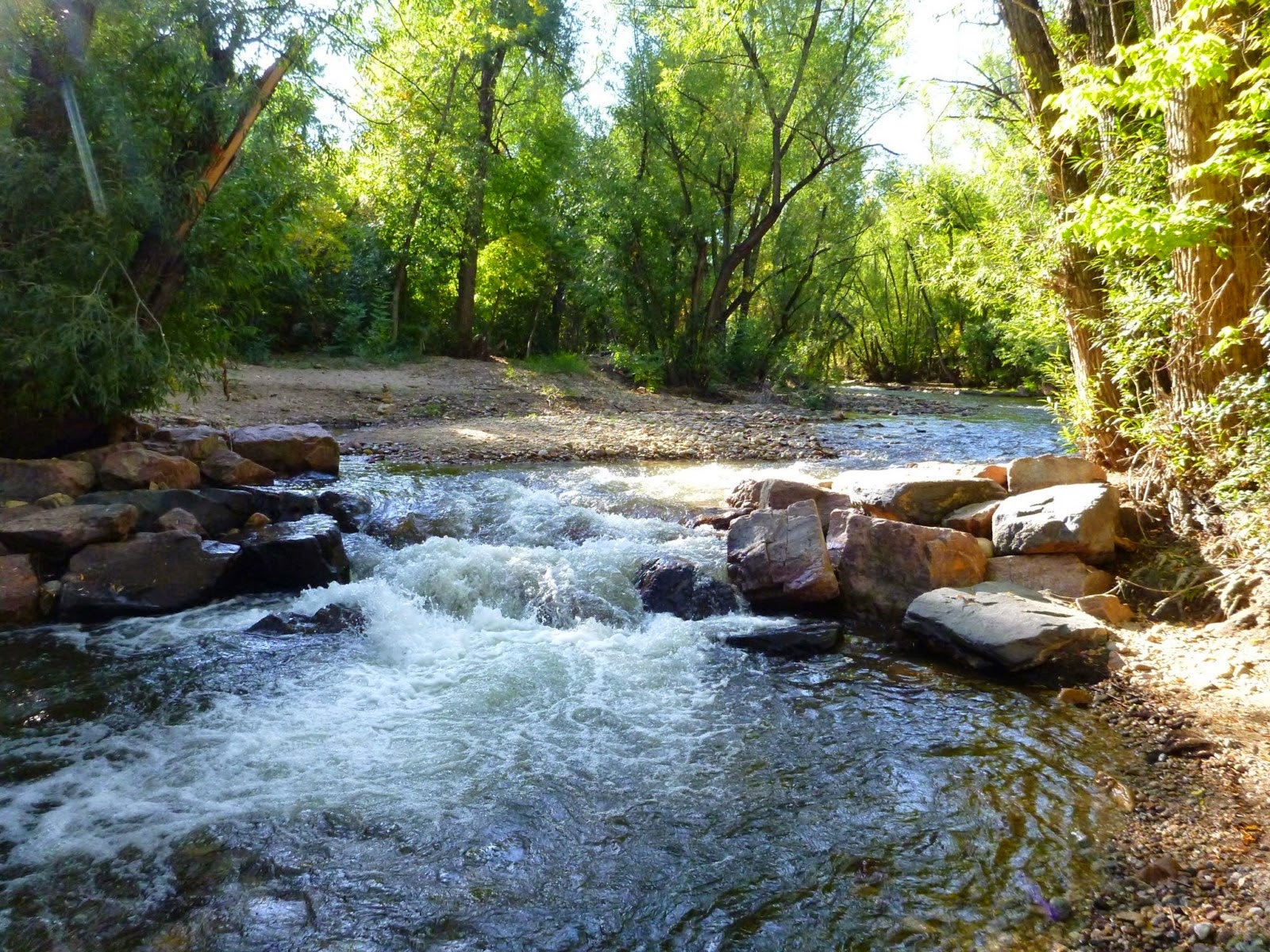 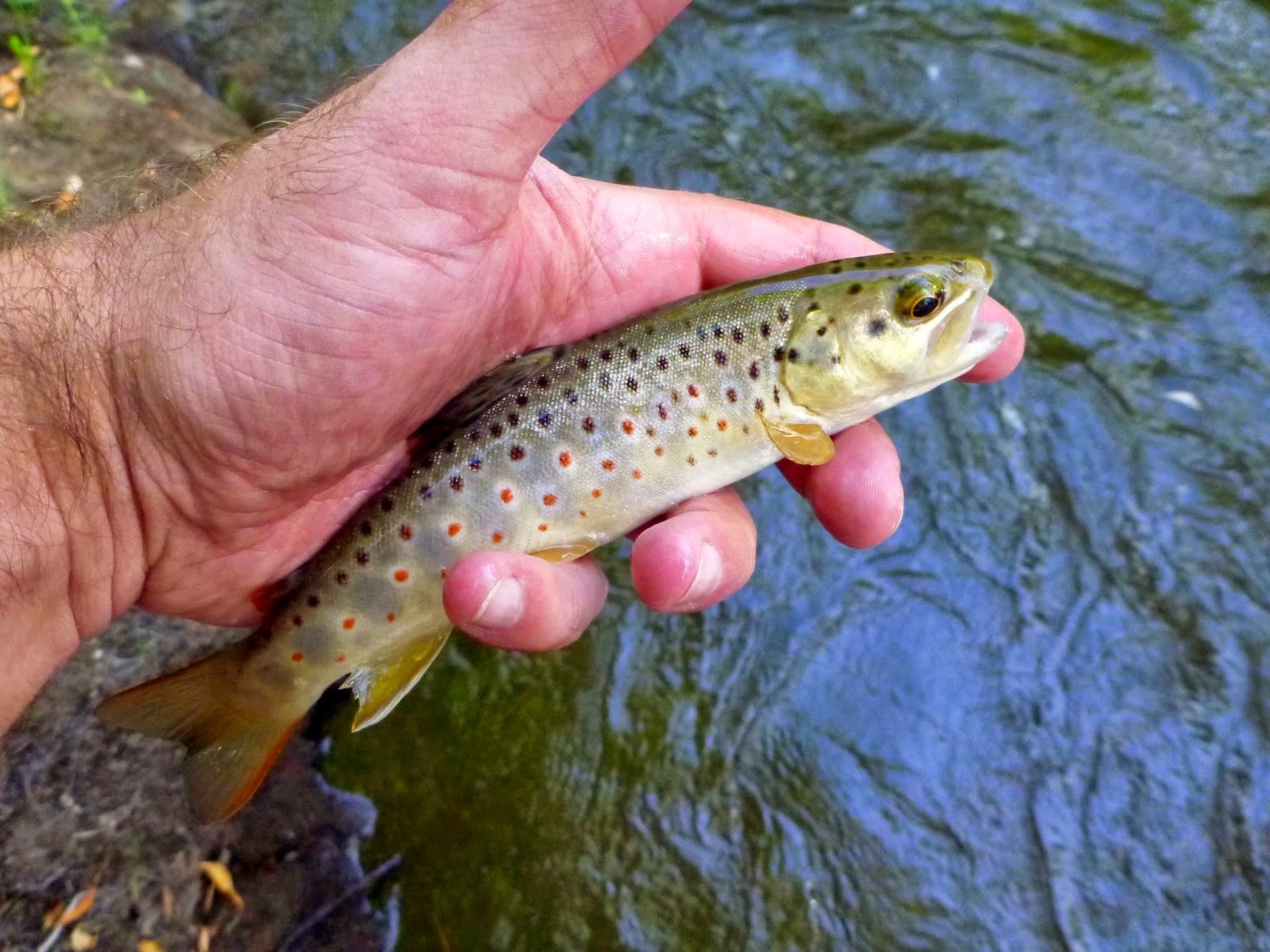 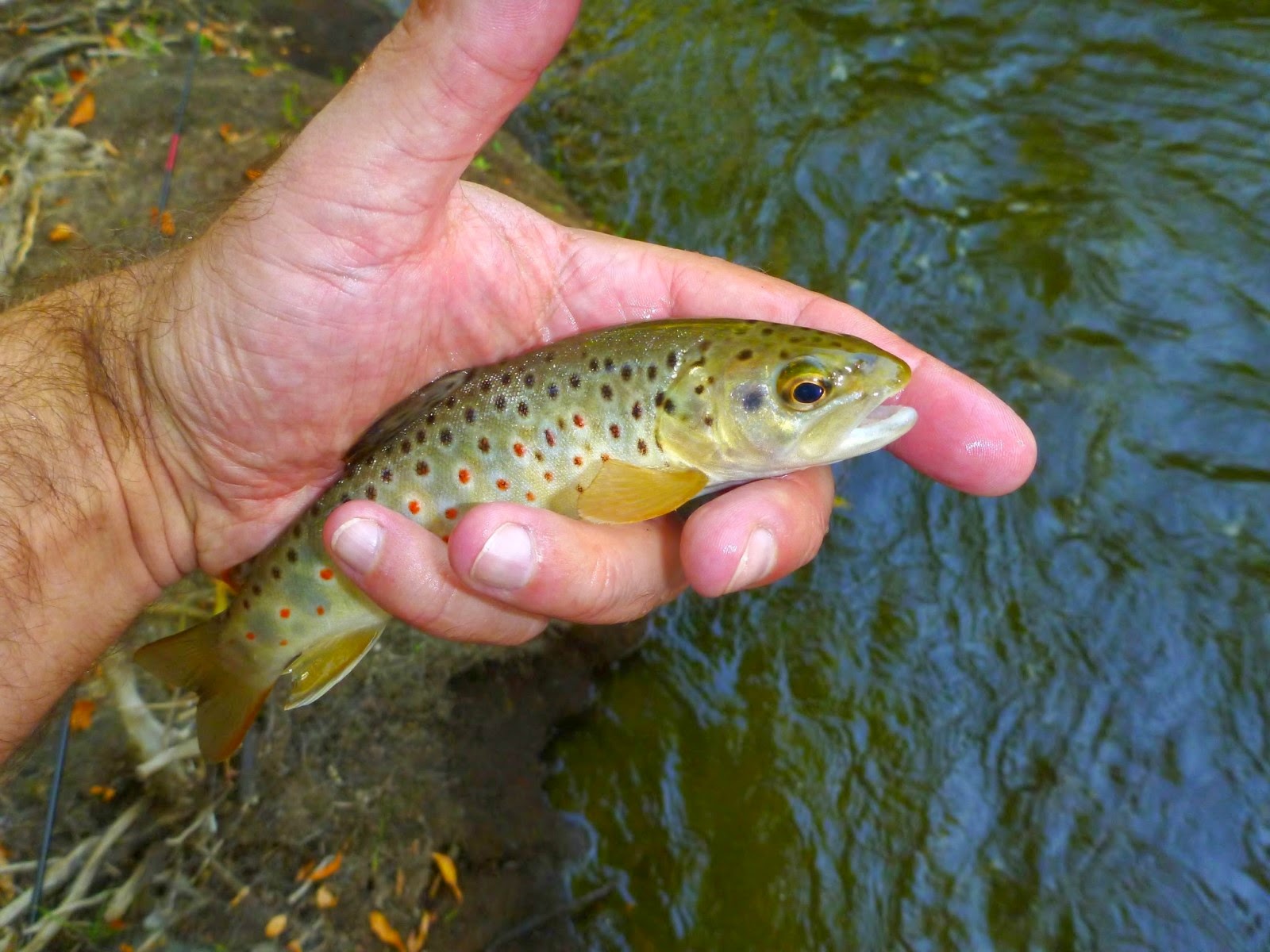 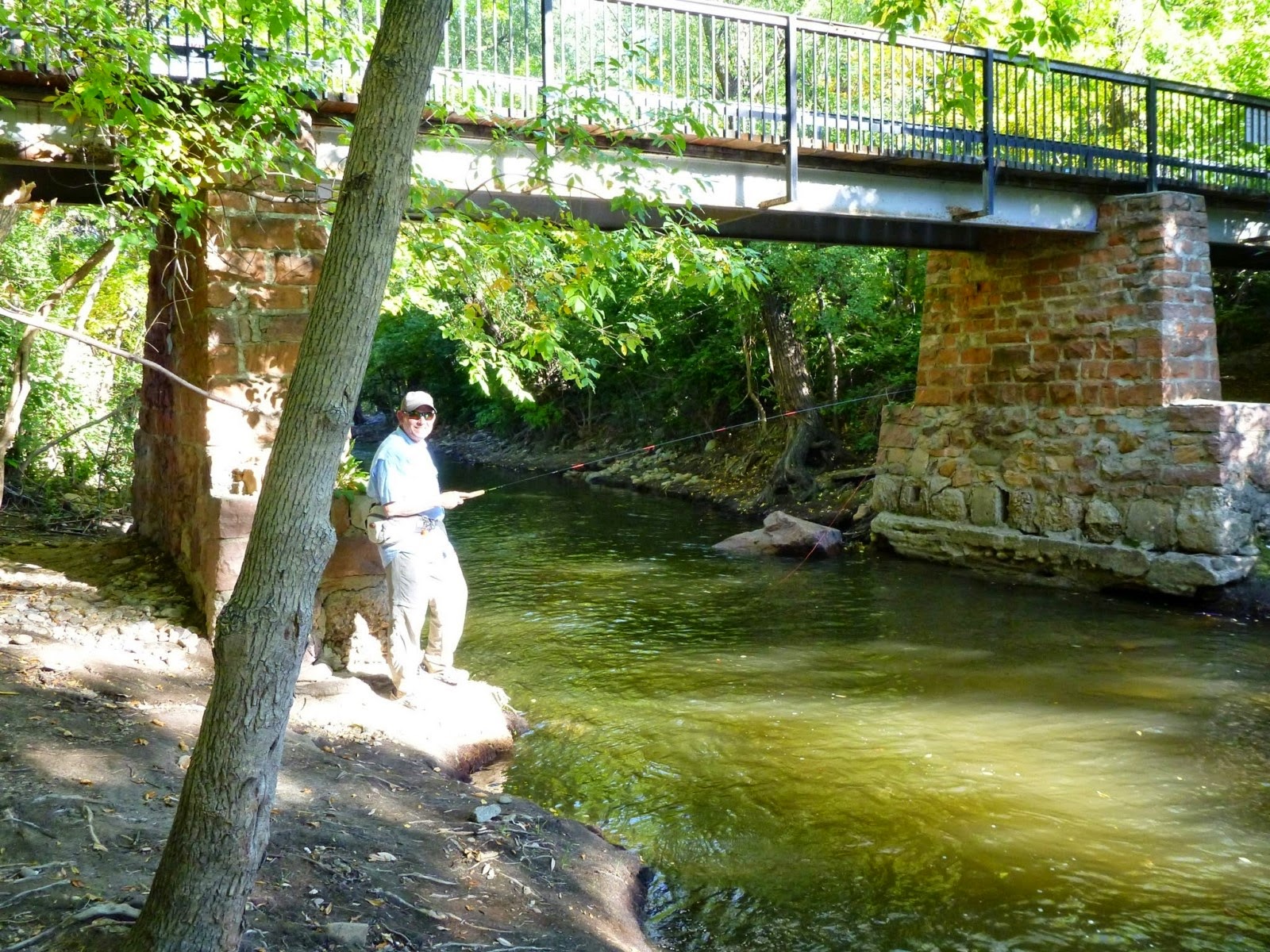 Fishing excursions like this are the main reason I enjoy to attending Tenkara Summits year after year.  It not only gives you the opportunity to put a face to the name of someone you've met via social media, but it also gives you the opportunity to really get to know someone who shares many of the same interests and passions in life that you do.  (Funny the things you find out about somebody...we both use the identical model of point & shoot camera...)


I found Rob to be extremely personable, knowledgeable, and passionate about fly fishing, particularly tenkara.  The folks over in the Austin, Texas area and at Living Waters Fly Fishing are fortunate to have such a great tenkara resource and ambassador in their own backyard.  I hope someday to make it over to Texas, and perhaps share some of Rob's home water in the Texas Hill Country with him.  I think it'd be a blast!

And Rob, should you ever make it to "just south" of Jacksonville, Florida...I hope you know the door is always open!
Posted by Michael Agneta at 3:00 AM