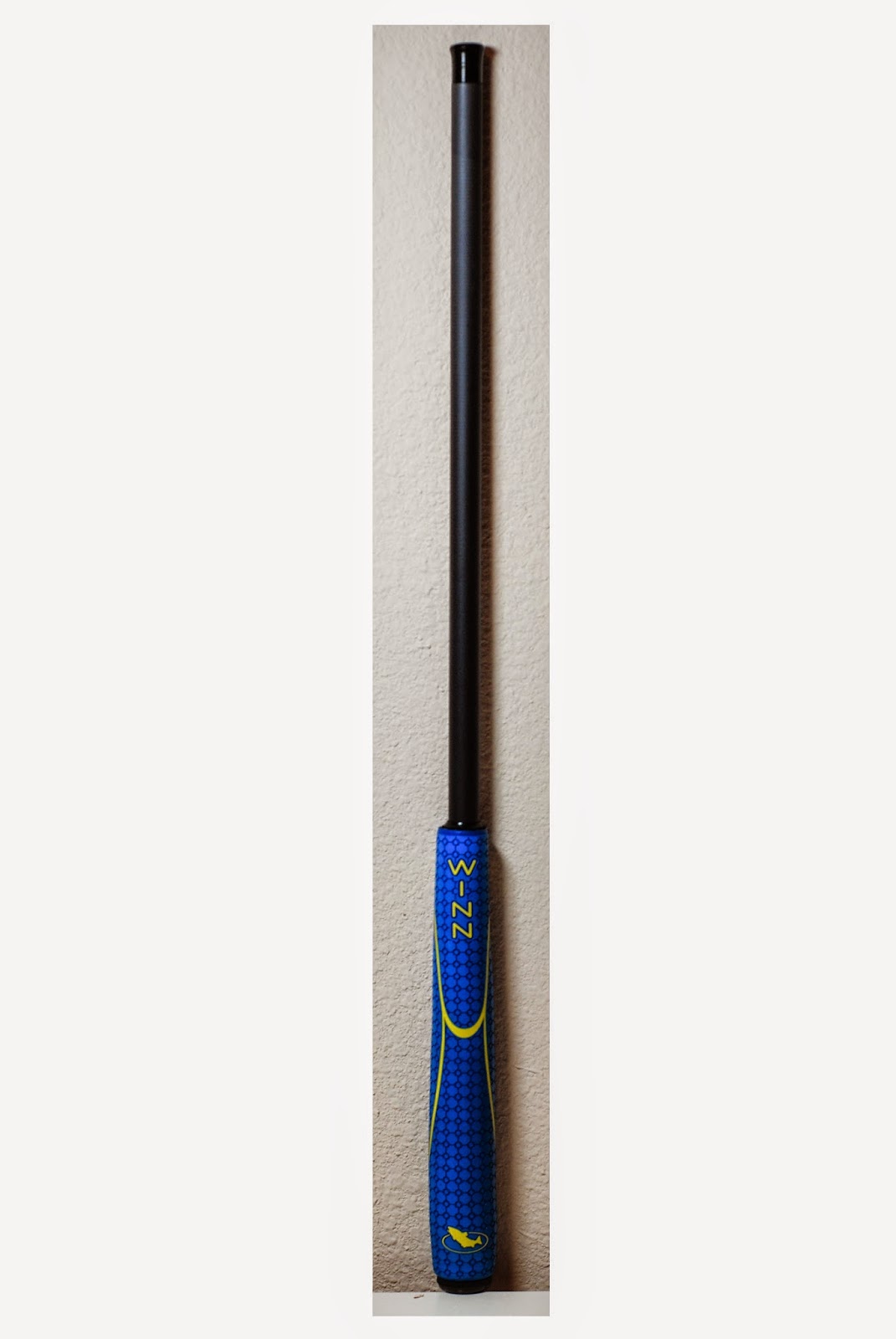 I stumbled through my first tenkara rod build last night.  I typically don't carry much initiative to build rods, (or even tie flies) but this one has a little back story.  I won't bore you with excessive details, so here it is, long story short...

When I went to ICAST in July, Winn Fishing had quite a big booth.  One of the grips they had tucked away in a "not for US Distribution" display was a tenkara grip.  I followed up with them after the show with legitimate interest about possibly becoming a dealer (selling tenkara stuff is like the cool thing for TENKARADORKS™ like me to do these days), and received a sample in the mail not too long thereafter. 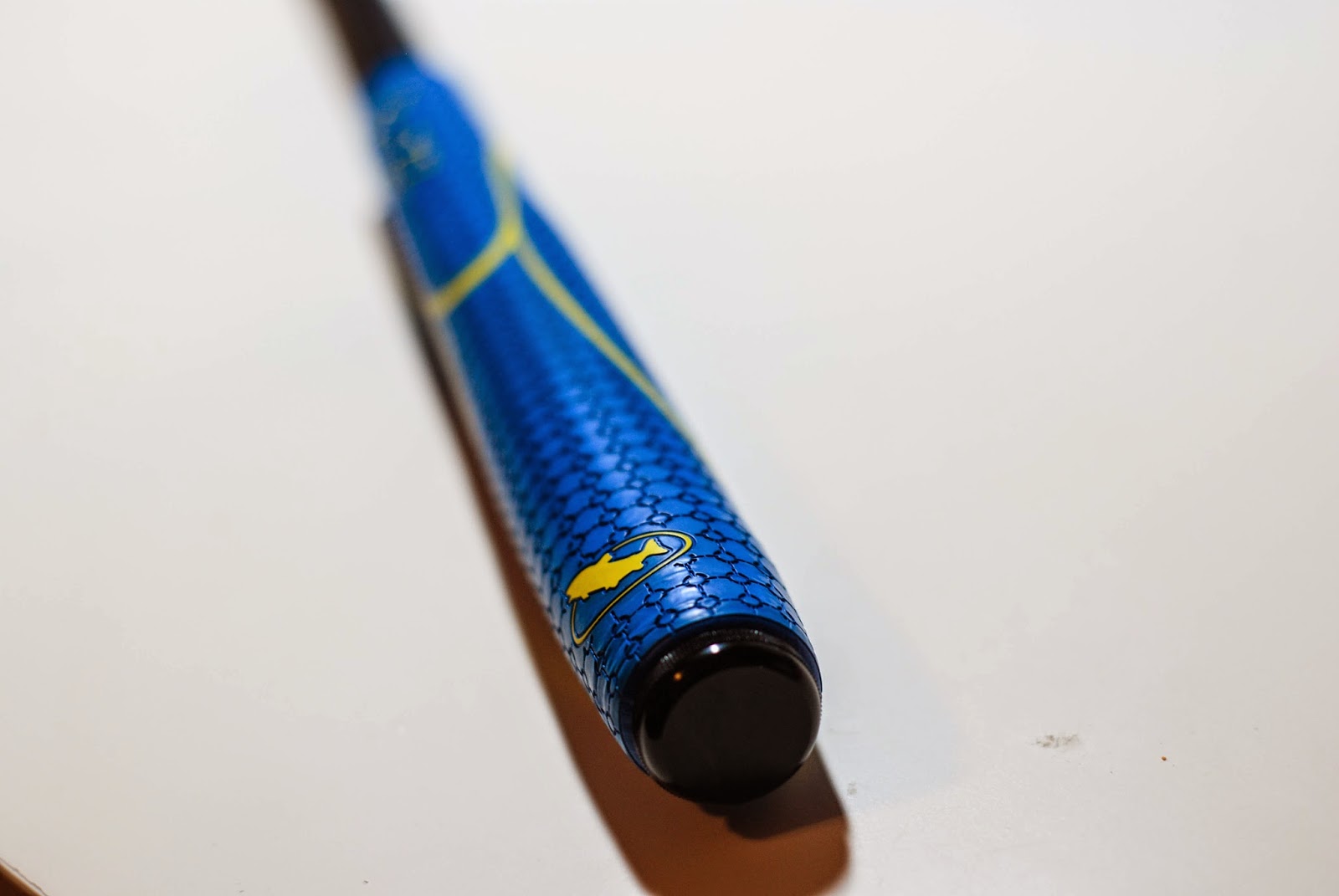 So what's one to do with a grip but no rod to put it on?  I wasn't really planning on stripping the cork grip off of one of my existing tenkara rods.  I like them fine and didn't want to deal with the hassle.  Enter Tenkara Customs, pretty much one of the only places you can find tenkara blanks online.

I ordered up a 12' blank, as well as the butt & end cap hardware, (all priced relatively reasonably might I add) with the plans of tossing the Winn Grip on there.  This is the result. 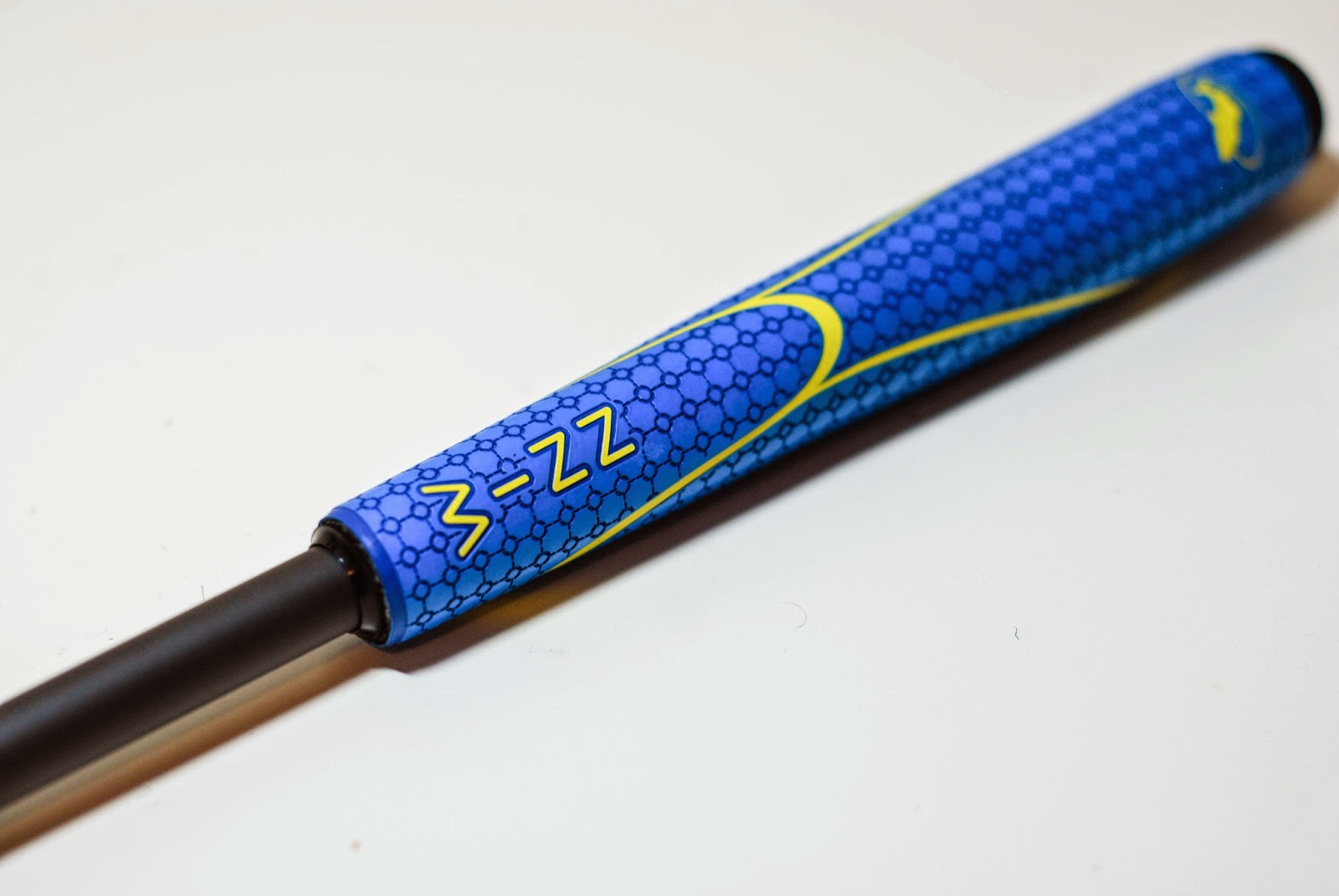 However, don't get excited.  There are a few things you should know about the Winn tenkara grips...besides the fact that you probably won't find one for sale in the US.  (I'm backing off the dealer angle for these reasons...and as I mentioned earlier, general lack of ambitions).

First off, the grip itself is short, like really short, only 7.5 inches long.  In comparison, the Tenkara USA Sato's cork grip (which isn't a large grip by any stretch) is 10.5 inches long.  It's about the same length as the old Tenkara USA Ebisu's wooden grip, if that helps any.

Second, the inner diameter of the grip is very, very narrow.  It wouldn't fit the handle section of most tenkara rods as-is.  I had to go get a file/reamer/rasp thing from Lowe's and make the hole bigger.  And it was a big P.I.T.A.  The inside of Winn Grip is some sort of hard plastic foam stuff that doesn't want to file away like cork would, so it took a lot of time and muscle (the latter of which I don't have much of) as well as some light hammering, which I wouldn't (and I'm sure Tenkara Custom's doesn't) recommend.

I'm going to send Winn the feedback, which I'm sure they'll "love" to hear, but we'll see where that goes...

In the end though, I'm happy with the result of the build.  Once the grip was the correct inner diameter, the assembly went smoothly and Tenkara Customs provided an excellent "how-to" manual.  I'm going to try and fish the rod either today or tomorrow to see what the blank is like.  Having fished a Redington Vapen Red in the past, I already have somewhat of a feel, (get it?), for a Winn Grip.