The Cayman Islands are kind of like Chick-fil-A.  Everything is closed on Sunday.  However, one of the few attractions up and operating is the Cayman Turtle Farm.

The farm is part conservation, part water park, and part...umm...farm.  Turtle is a traditional dish in the Caymans, and it's gotta come from somewhere.  Although the farm does not directly serve or make it available for sale to tourists, restaurants on the island certainly do.

That bit of knowledge aside, it was a rather fun way to spend an afternoon.  We were able to feed some giant "breeding" turtles that were the size of Volkswagen Beetles... 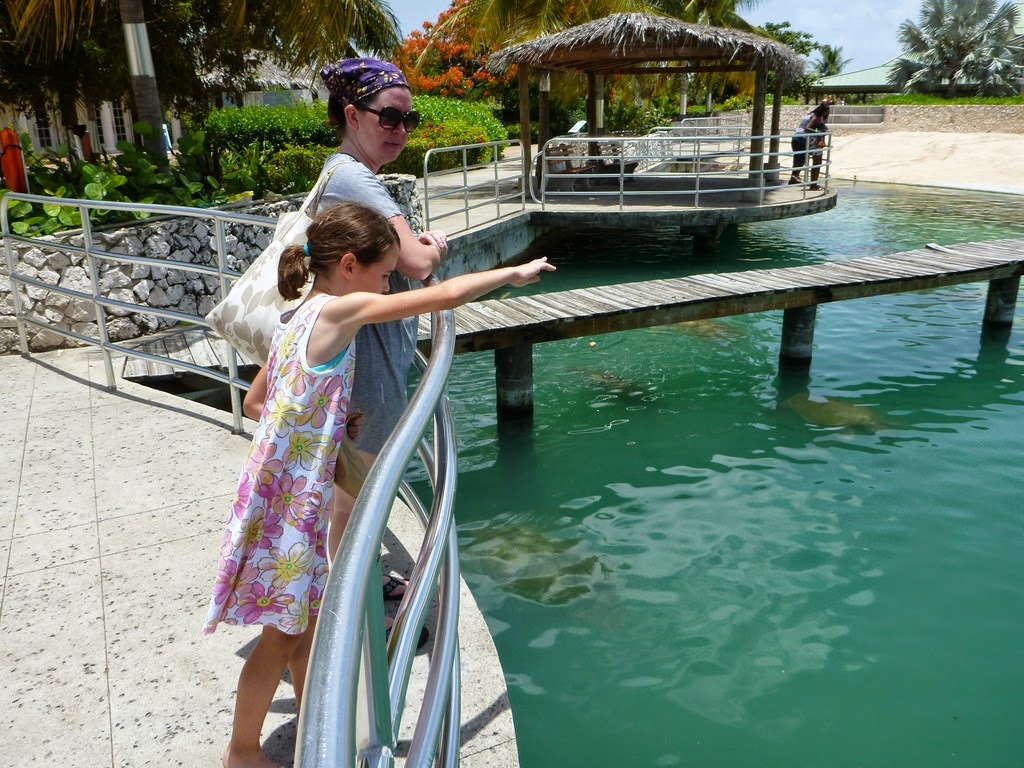 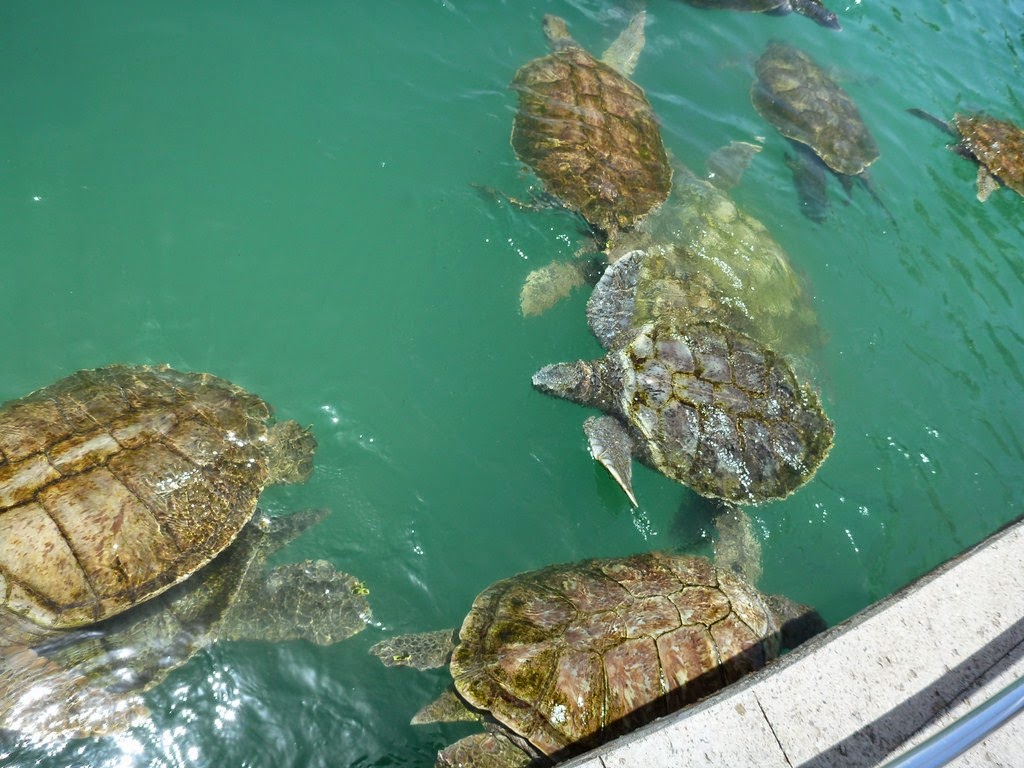 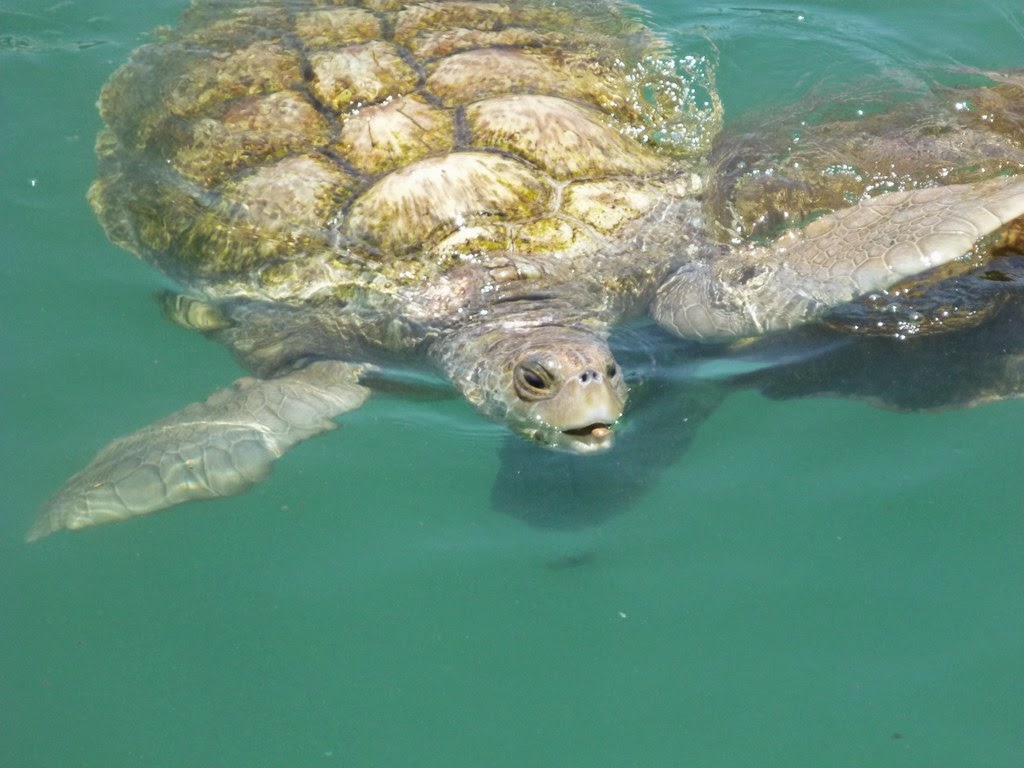 View some medium sized turtles...my guess is these are the "eaters" if you know what I mean... 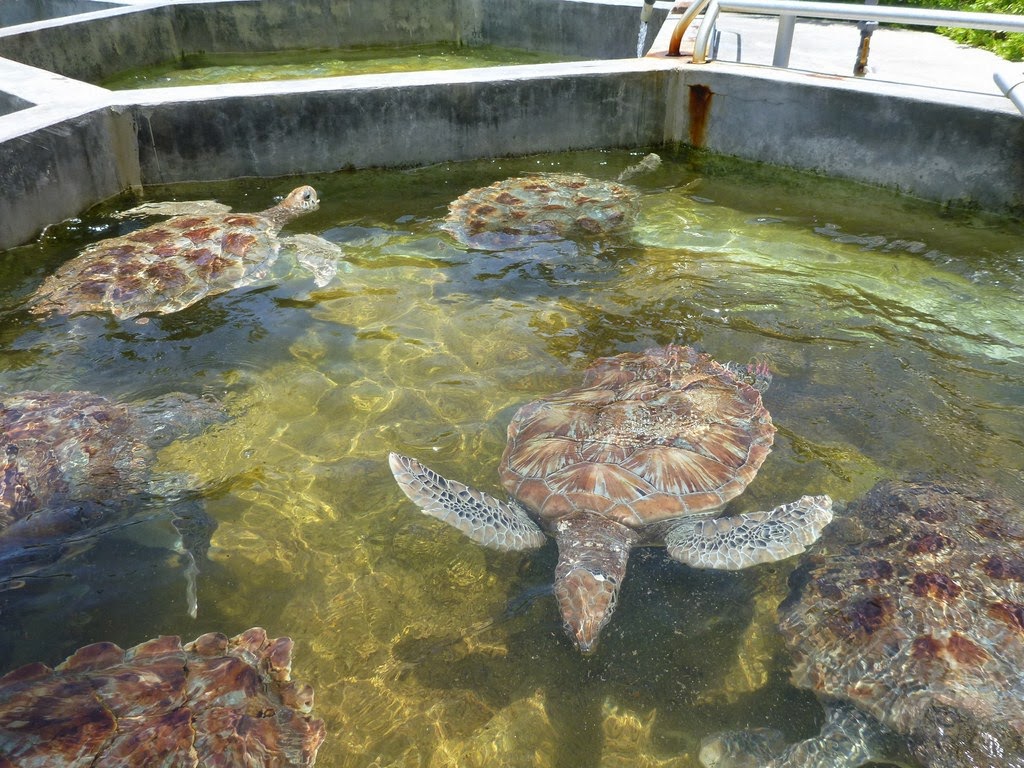 As well as handle some of the small turtles.  You could get inside these knee deep tanks if you wished...but we just stayed on the outside.  Much like her phobia of handling hooked fish, Lilly didn't want to pick up the turtles...but it didn't stop K.C. or I. 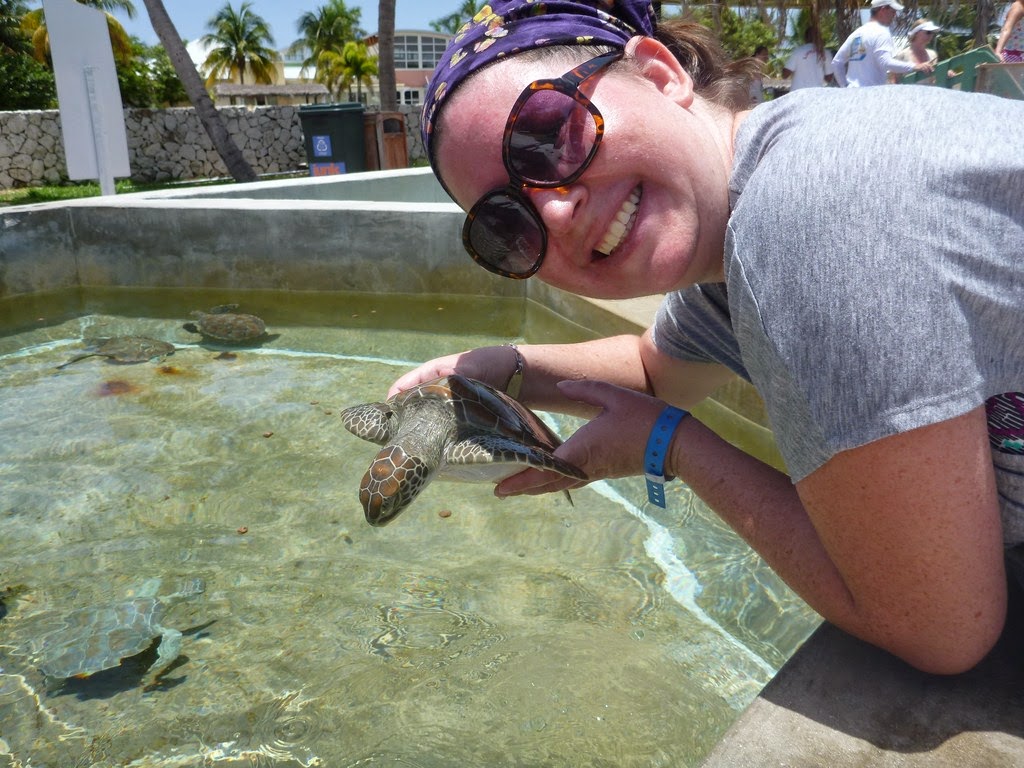 In addition to the turtles, there was a large saltwater lagoon where you were able don snorkel equipment and swim around and explore.  There were small fish and turtles in the water, so lots to see.  We didn't do this, but it looked like it was a neat experience.

There were other non-turtle exhibits as well.  A small nature trail with local plants in the rear of the park, an aviary with various island birds, and a nice sized aquarium tank with indigenous fish. 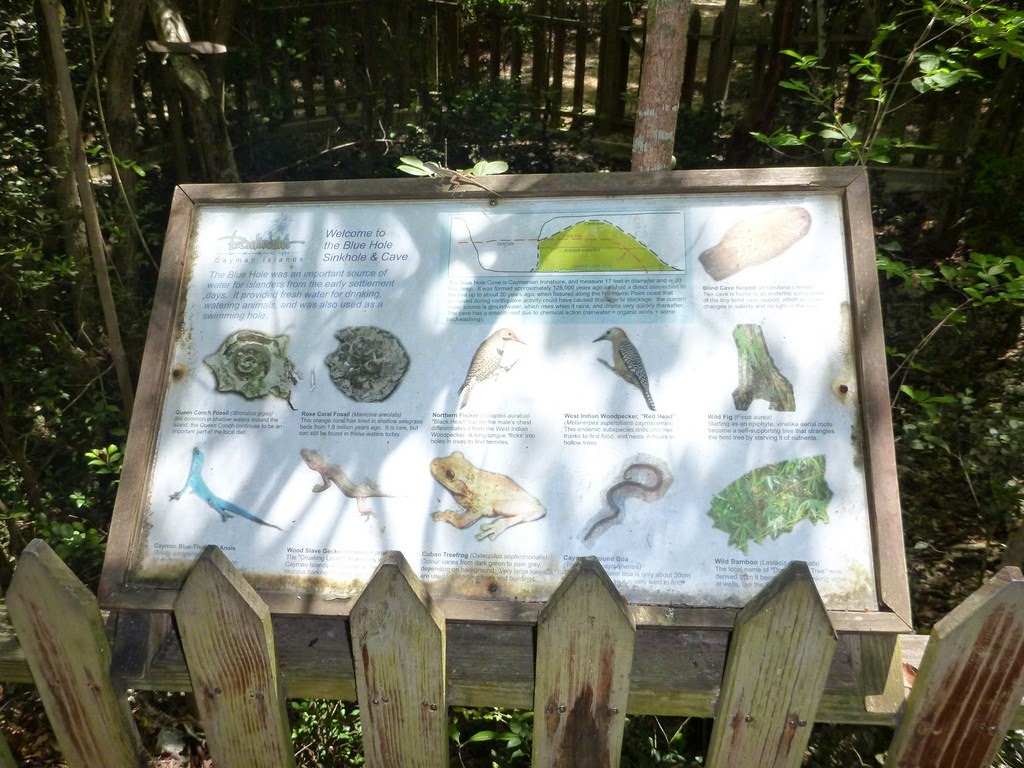 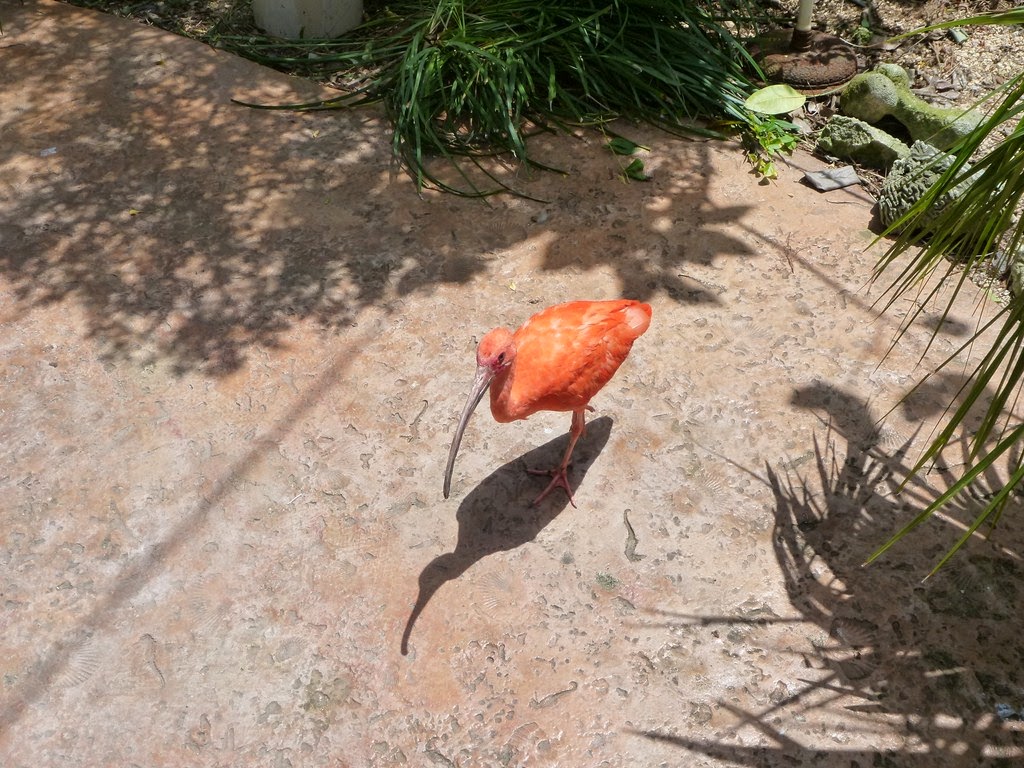 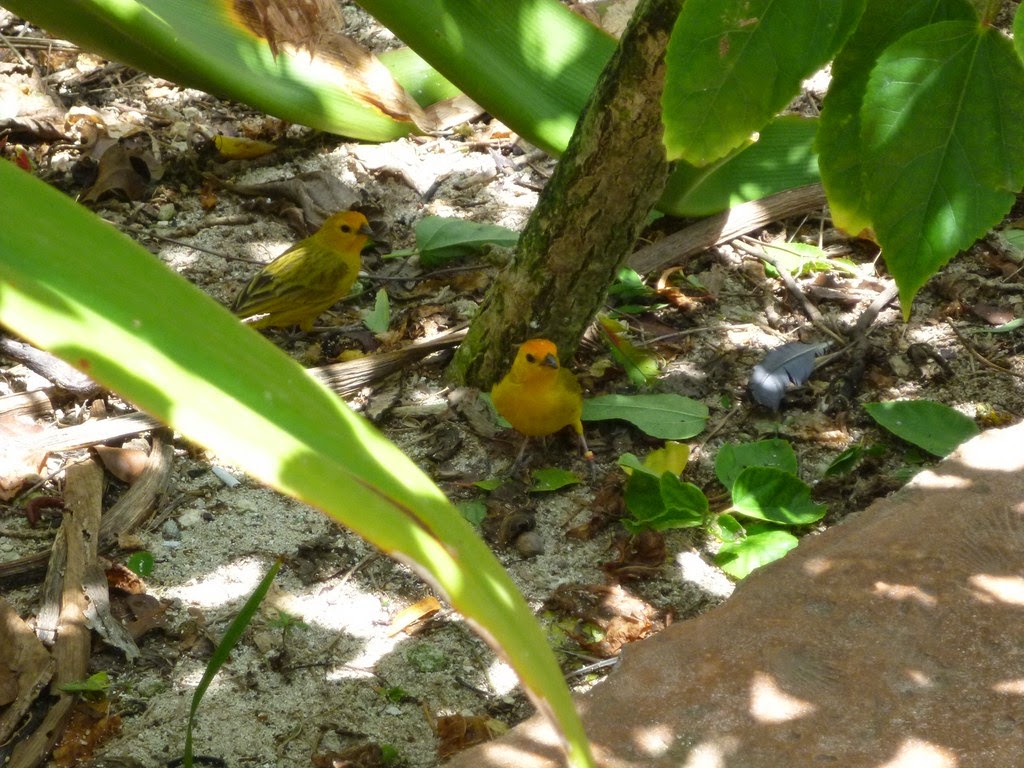 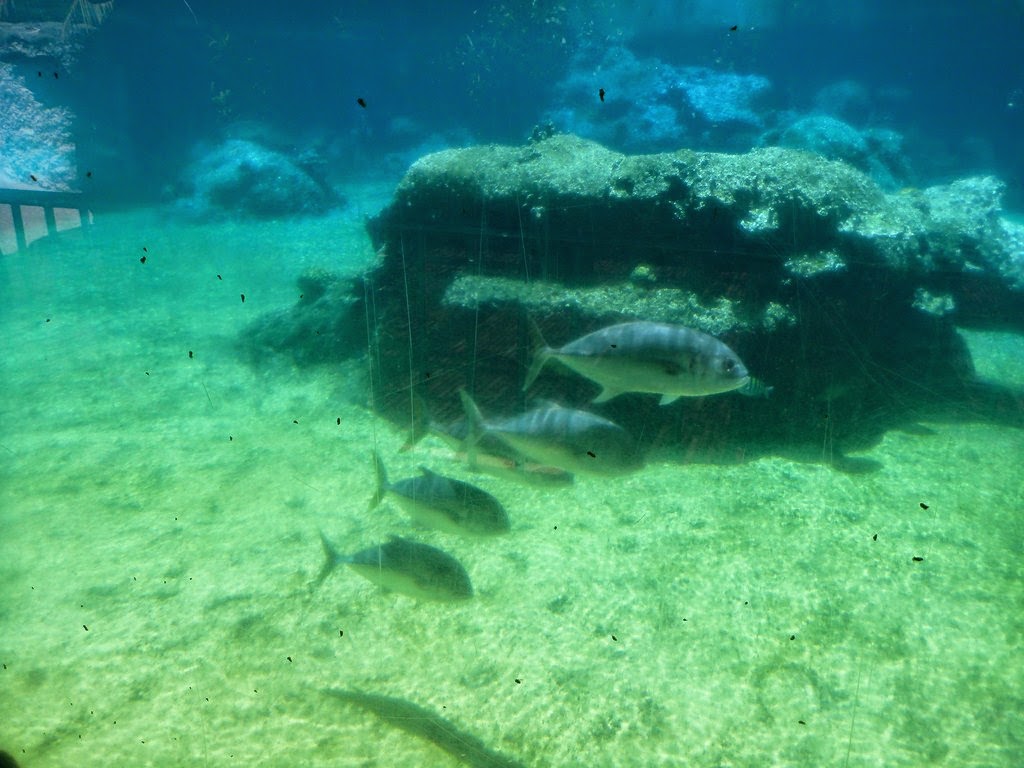 We closed out the afternoon cooling off in the freshwater pool adjacent to the fish aquarium.  There was a water slide, and Lilly went down it...oh, about 1,000 times.

In all, a neat little afternoon activity.  Well worth doing...even if it isn't on Sunday.