So you know I couldn't go to ICAST / IFTD and not look for some tenkara stuff, right?  And today's Tuesday...so, well, welcome to Tenkara Tuesday, ICAST edition.

Tenkara USA and the Tenkara Rod Co. were both at the show.  Actually, their booths were almost directly across from each other.  There weren't any other tenkara-specific companies present, but TFO had a booth, as did Patagonia.  While I didn't see the "Simple Fly Fishing" gear in the Patagonia booth, I did spy the 3 tenkara rods over at TFO...but more on that in a bit.

First stop was the Tenkara USA booth.  Daniel, TJ, & John were manning the booth, and Faith was there womaning(?) it as well.  It was good to see them again, I had met most of them at previous customer-facing fishing shows, as well as at the last two Tenkara Summits.  They were all in good cheer, as they had a new, much larger booth, and the prior night the movie Blood Knot had taken the award for best film at The Drake Magazine Fly Fishing Video Awards, a video in which tenkara plays a prominent role. 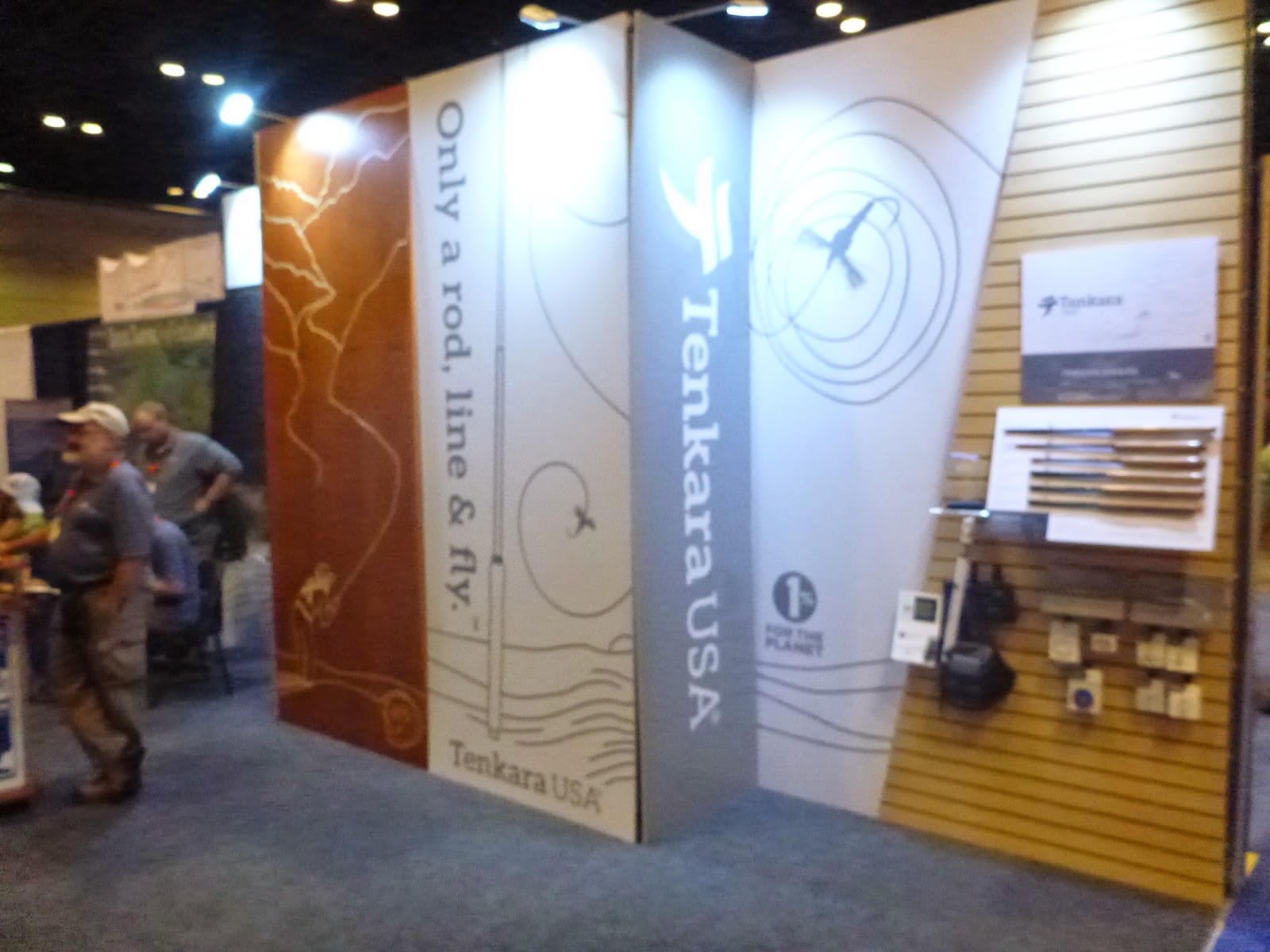 Honestly, if you're familiar with the new Tenkara USA rods introduced last year, the Rhodo & Sato, there probably wasn't anything "new" to see at the booth.  That said, it was good to chat them up for a bit and see that business is still brisk.

As I mentioned, right across the way, the guys from the Tenkara Rod Co. were also greeting many interested (potential) retail customers.  They had their full line on display, but most notably the 13' Owyhee and the 8' Cascade, both new for 2014. 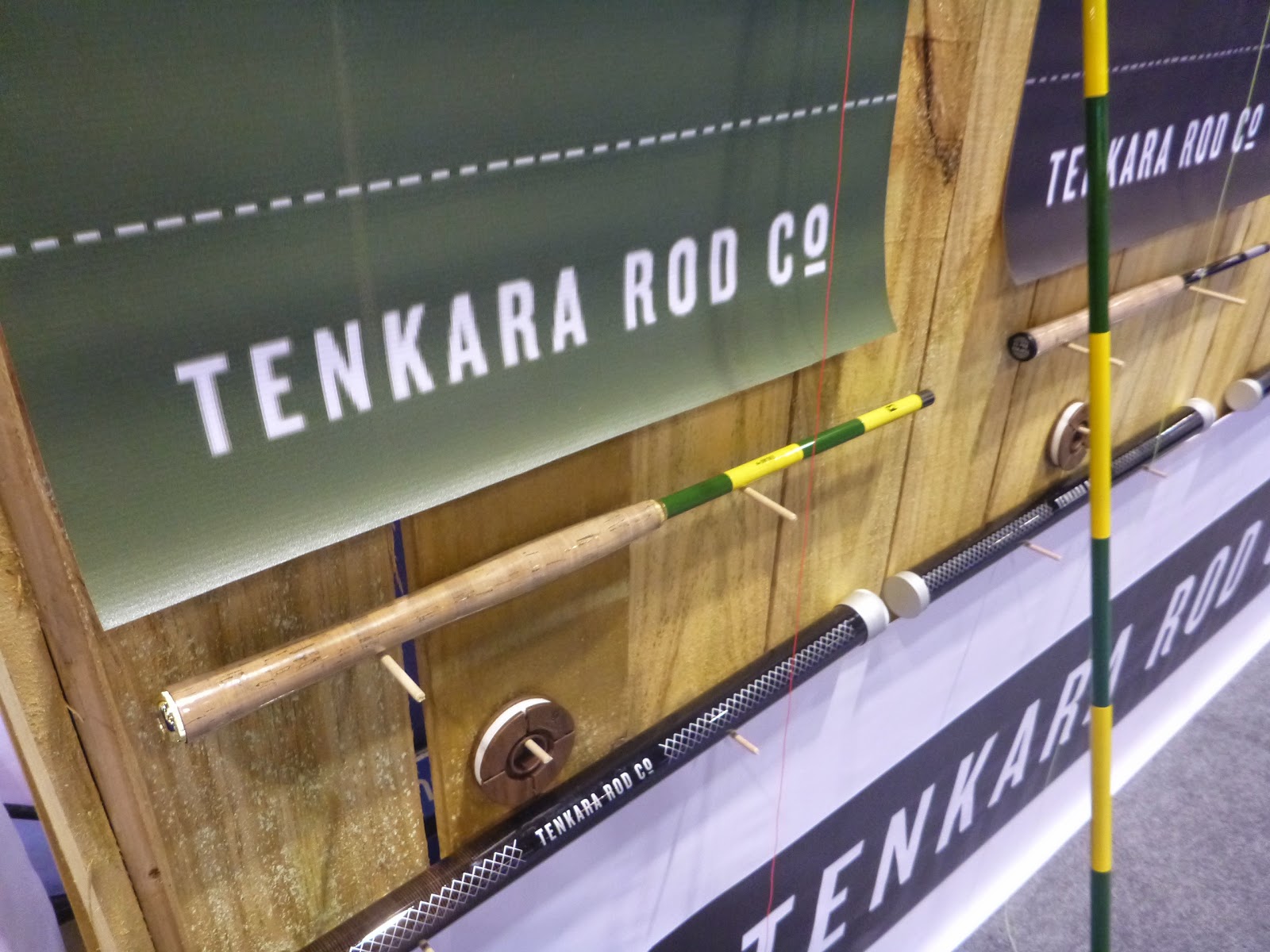 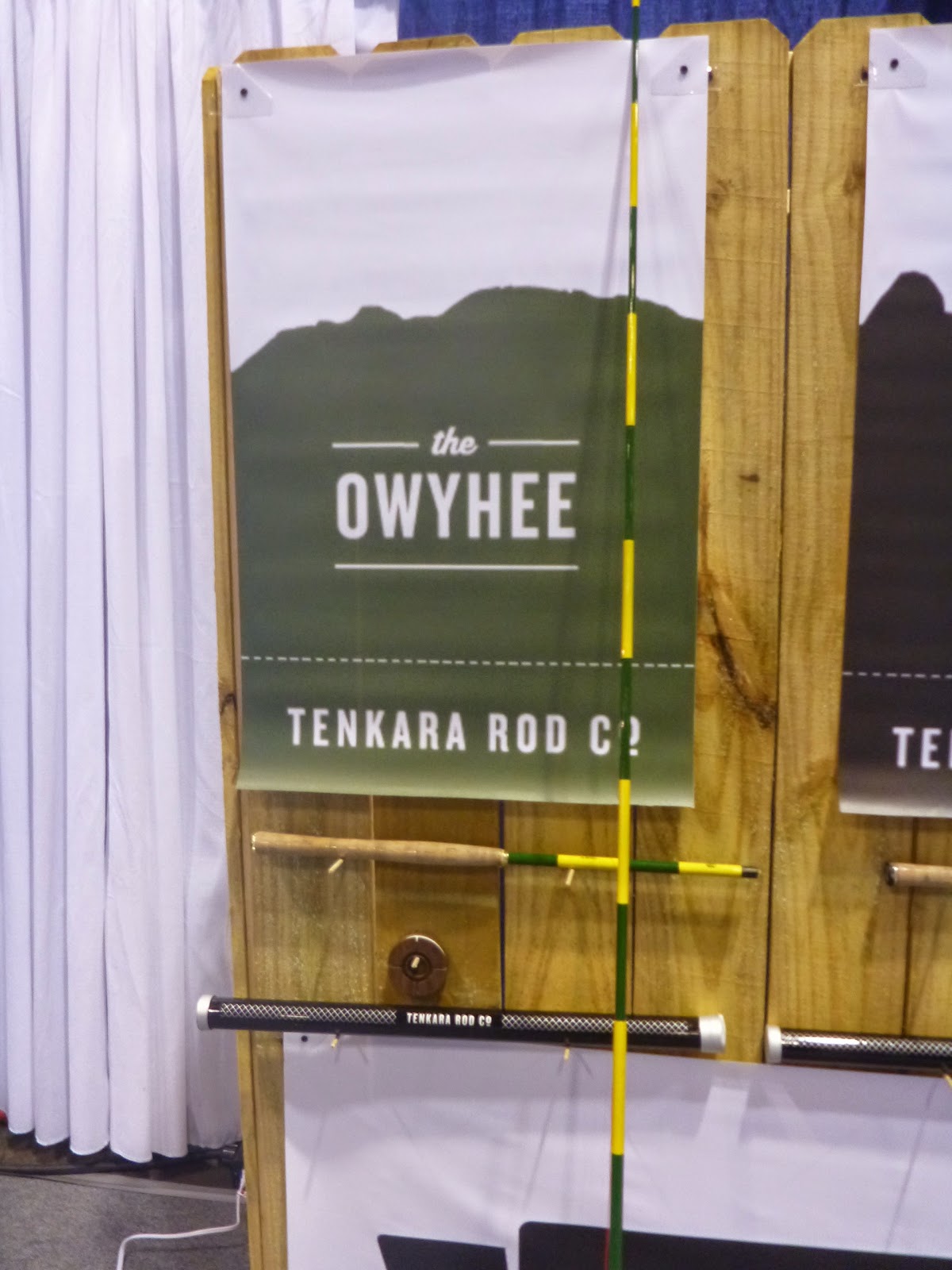 I got to handle both rods, give them a wiggle, as well as a few casts in the aisle.  My impressions...the Owyhee is a quite nice rod and is a compliment to their other two 12' rods, the Teton & Sawtooth.  On the other hand, the diminutive Cascade, that rod's a gem.  Light in hand but pretty crisp, it's got to be an absolute blast to fish with on small streams.  I can't even imagine the insanity on a fish of substance! 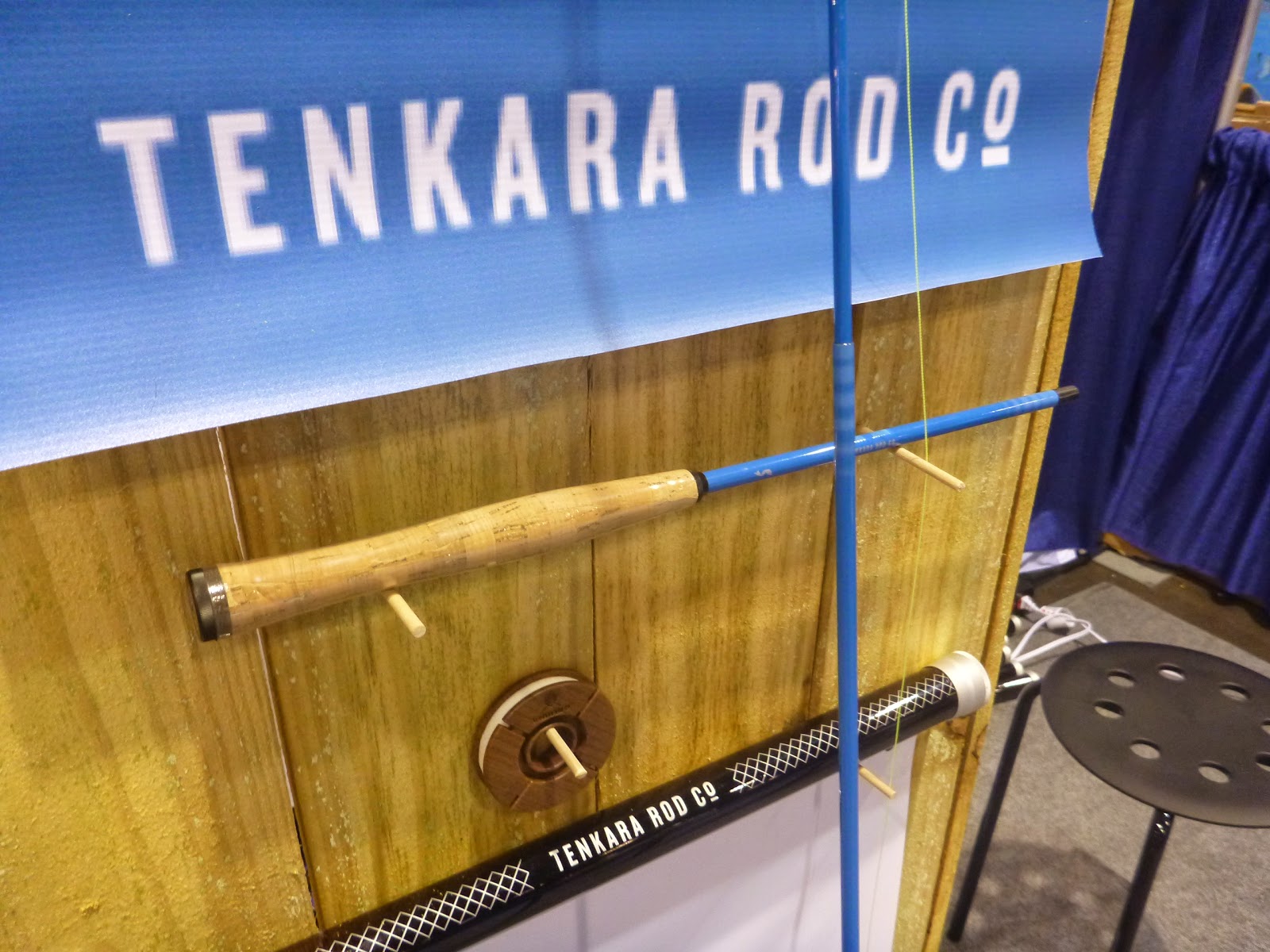 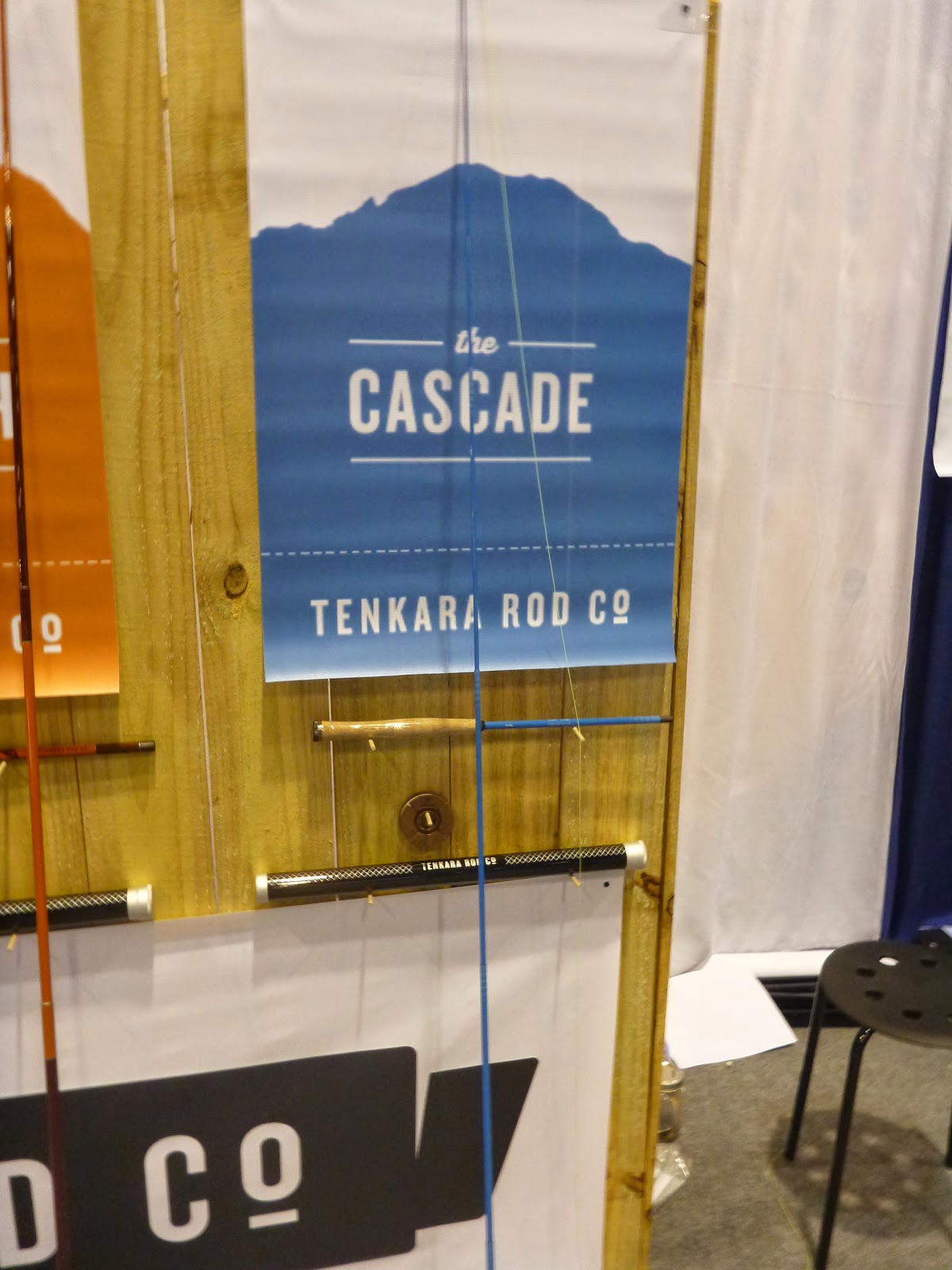 I did swing by the TFO booth...however I had to go all the way over to the other side of the convention hall to find it.  Rather than split their booth in two as some vendors chose to do, TFO set up shop with all of their products over in the ICAST part of the house.  So baitcaster rods were next to spinning rods were next to fly rods, etc...  The 3 tenkara rods were displayed sort of uniquely, and I'm kicking myself for not taking a picture, as they were standing upright on a small rack placed on a round table in the middle of the booth.  It looked sort of like a tenkara menorah.  :)

With all of the exposure in the press, I thought I might see a large "Simple Fly Fishing" display in the Patagonia booth, but I didn't.  Heck, I didn't see the rods or book.  They might have been there, but their booth was clearly focused on clothing and waders.  I did however go into both the Shimano & Daiwa booths and ask some people if they had any of their tenkara rods at the show.  After I got the stink eye, I promptly left.  Eh, doesn't hurt to ask.  Shimano is getting into the waterproof action camera biz though.  I don't know if GoPro is scared, but that was kinda neat to see.

Winn Grips made a pretty big splash at the show.  Their booth was large and heavily trafficked.  As you may (or may not know), Winn is a pretty prominent golf grip manufacturer that has recently branched out into fishing rod grips on both an OEM (original equipment manufacturer) and aftermarket purchase basis.  The popular Redington Vapen Red rods launched last year featured Winn grips and largely received high praise. 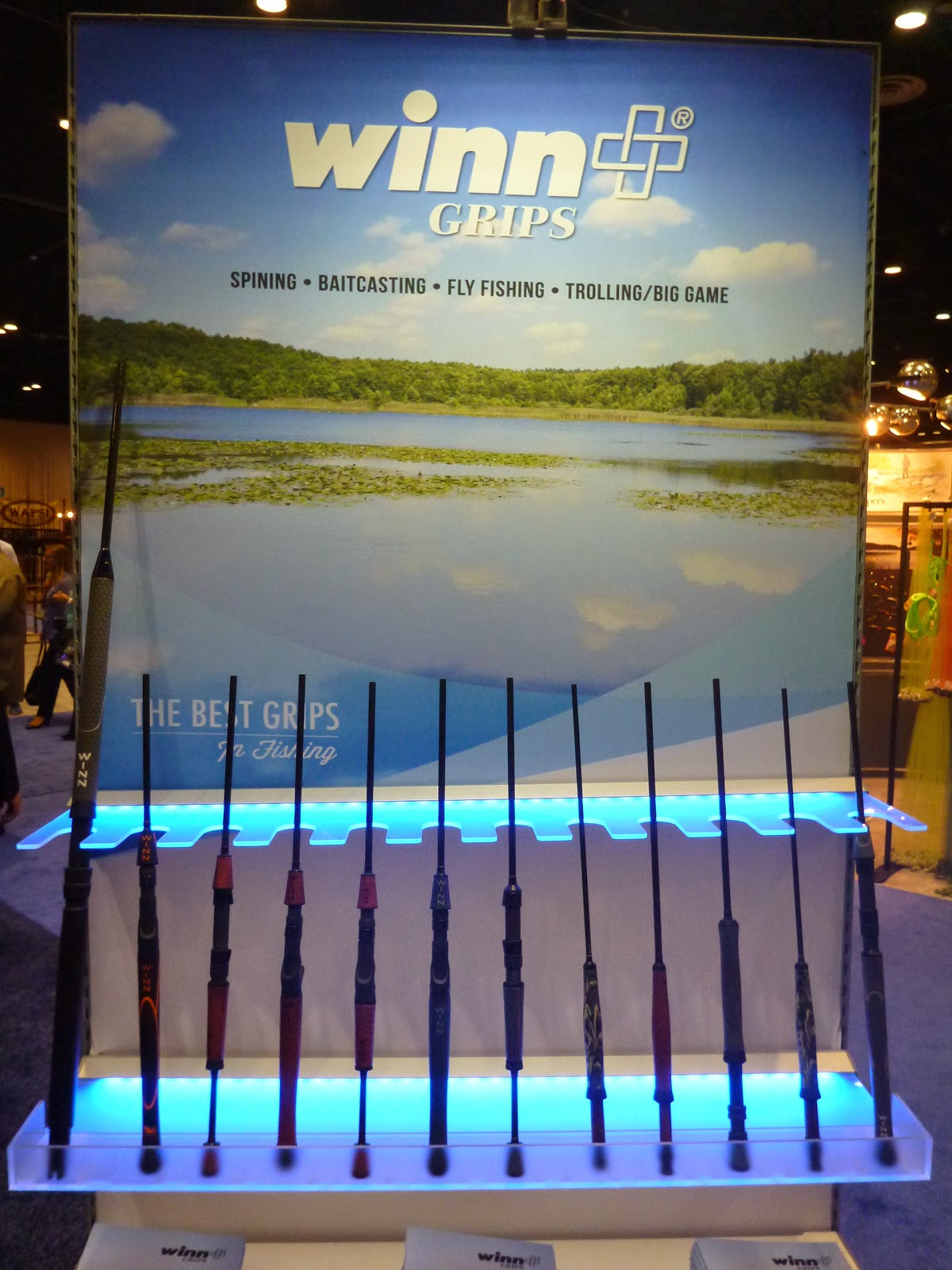 Winn Grips are pretty cool because they not only feel really nice in hand, but maintain a very tacky (but not sticky) grip when wet.  So moisture from fishing, or just plain hand sweat, does not negate your feel when holding the rod. 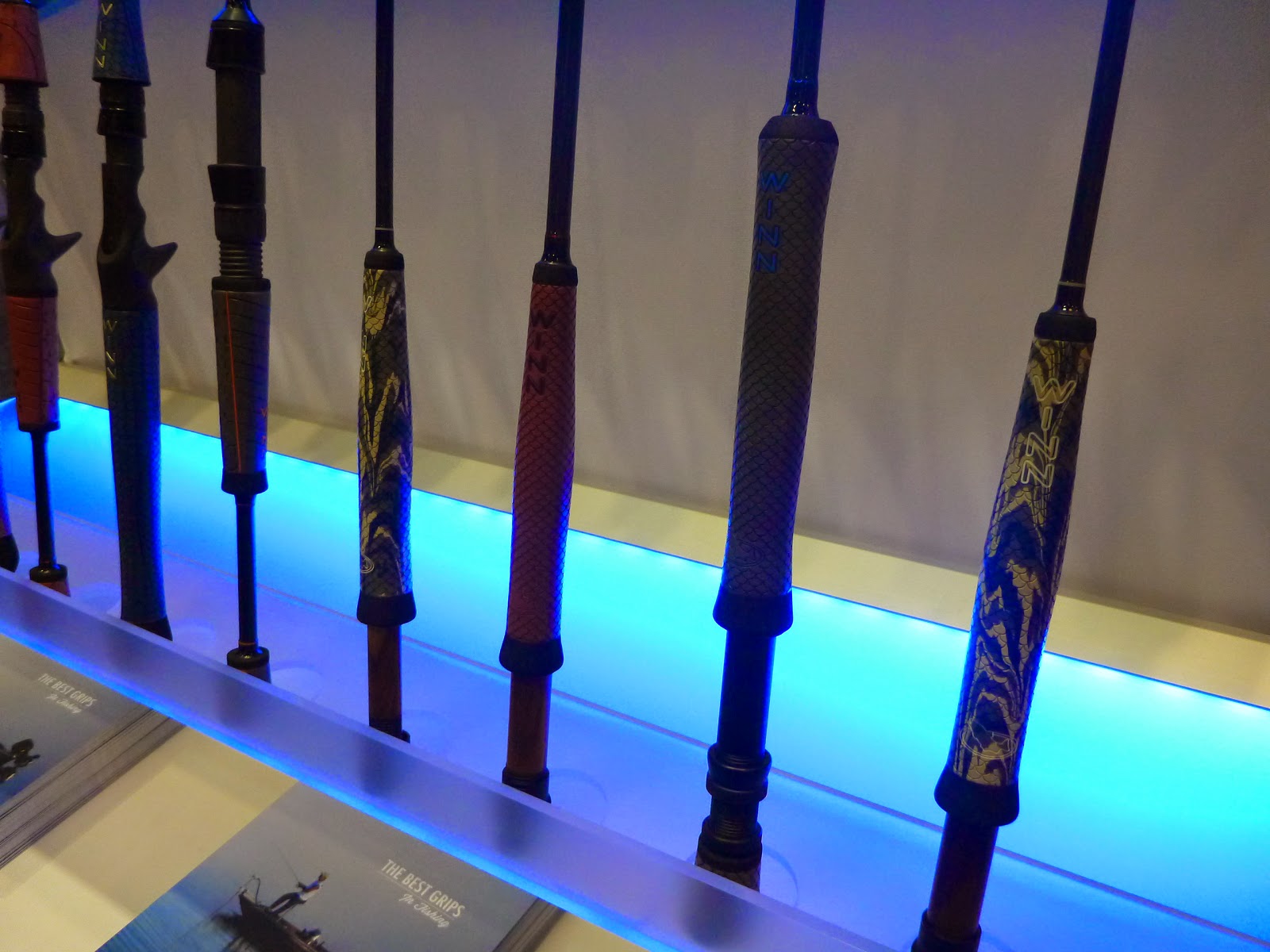 While they were there to sell their colorful grips for spinning, baitcasting, saltwater, and fly rods into market, they did have a small display (much like the TFO menorah) of some grips intended for International applications.  Along side grips for Shrimp rods and Tai poles, were two for Tenkara rods. 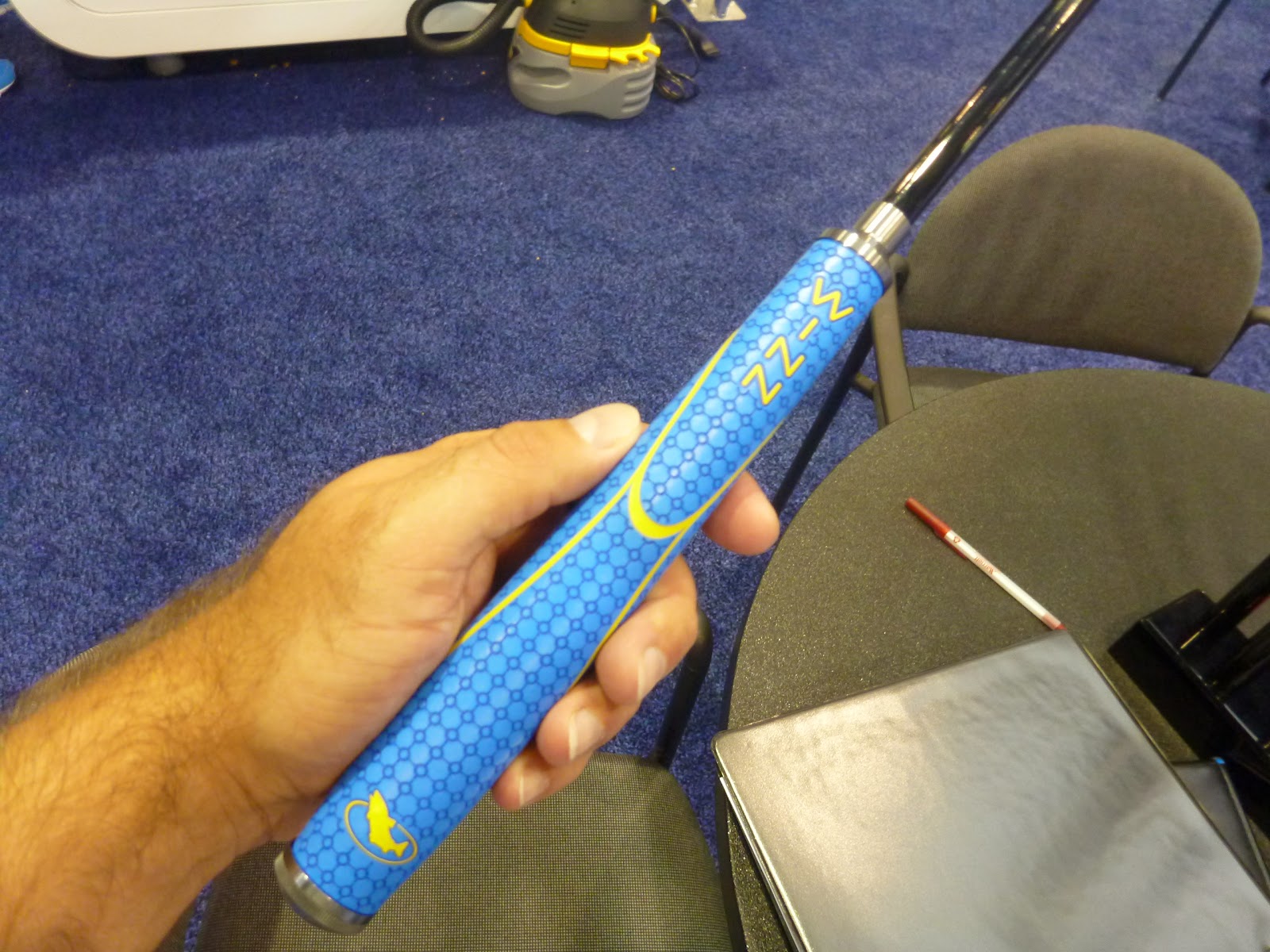 These were really, really nice and added virtually no weight to the rod handles at all.  No more than cork for sure.  While I don't believe they will be made available for aftermarket sale in the US, I do hope a manufacturer at least tries to integrate them into future rod releases.

Small chest packs are very popular with tenkara anglers.  Not carrying a lot of gear also means you don't need a giant pack to tote it around.  One of the nicer of those packs that I got to play with was from Umpqua.

The Rock Creek small chest pack is in fact small, at only 5" x 9" x 3.5" but features a (relatively) large main compartment, big enough for two full sized fly boxes and an internal organizational pocket for small things like car keys, floatant, whatever.  An outer tool "sheath" holds hemostats and has a velcro patch for flies.  There is also an external tippet storage cord for up to 8 spools of tippet. 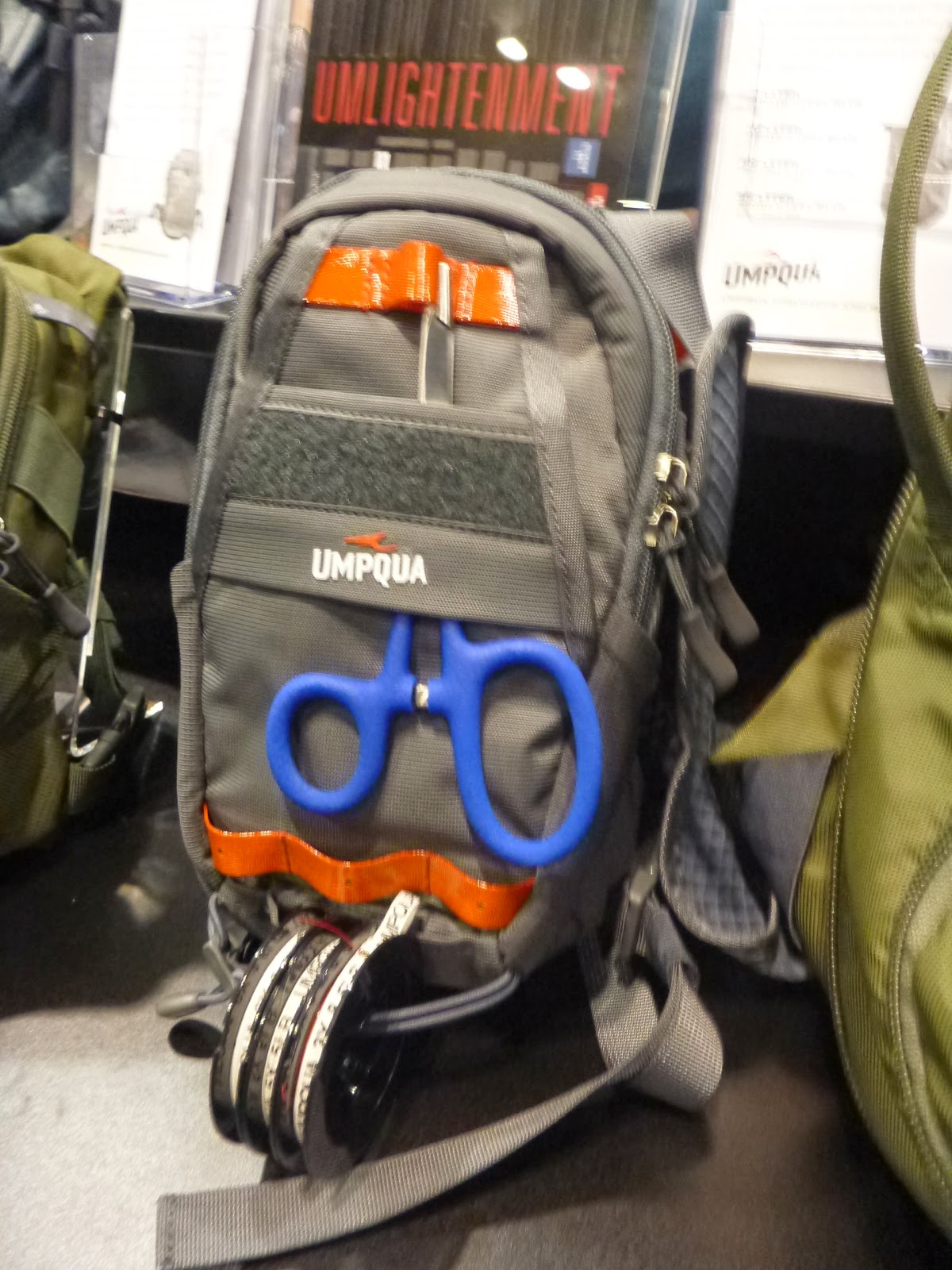 While all that is good, the two best features in my opinion are actually the zippers and neck strap.  Ever have a bag where the zippers just sucked?  The zippers used on this bag are ultra smooth and don't get hung up.  The "neck strap" is actually a fully-supported 4 point shoulder harness that is ultra light weight and comfortable.  The pack feels like you are wearing nothing.

Personally, I'm more of a sling pack kind of guy, but at an MSRP of $59.99 this pack would be hard to ignore if I were to go the chest pack route.  I think it's every part the equal, if not superior to the very popular Fishpond San Juan pack.

No, this company wasn't at the show, but the launch of their new online store sort of coincided with ICAST, so I'm going to include this too.


Basically, Three Rivers Tenkara is the creation of Anthony Naples, a name familiar to those in tenkara circles.  By opening an online store based in the United States, he attempting to remove the barriers such as currency conversions and VAT taxes that come with trying to purchase Tenkara Times branded rods directly from Europe.  In addition to Tenkara Times rods, Three Rivers Tenkara also offers other essentials such as lines, line holders, and fly boxes.  I own and reviewed a Tenkara Times rod, they are very nice rods.

And with that, my tenkara recap of ICAST / IFTD is complete.

As you've probably noticed, I've embedded links to each of the manufacturer websites, so if you're looking for more information on any of these products, please click through and pay them a visit!