Today's entry is a guest post from Anthony Naples.  It's a reflection on why tenkara creates success pretty much for anyone, right out of the box...or rod tube...or whatever...you  know what I mean.  Please enjoy. 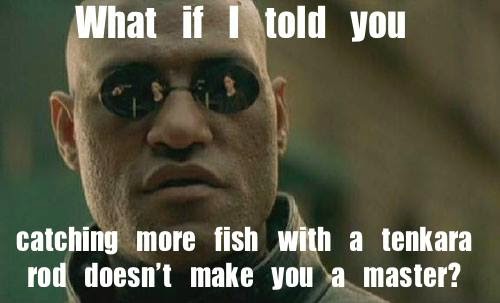 So about four and half years ago I started fishing tenkara. At first I used it like a western rod without a reel. I cast longish floating furled leaders with dry flies and nymphs - and then I went to nylon level lines - because they’re cheaper and float better than fluorocarbon lines. The stealth that the long tenkara rod and light lines gave me was amazing and it more than made up for a lack of reel. I fished the sulphur hatch on Spring Creek (my favorite stream and favorite hatch) with my tenkara rod and western tactics and I caught fish on dries and emerges and spinners. I was ignorant (apparently) but blissful.

And turning over stones, looking at tiny benthic beasts, stumbling across the stream to catch the randomly flitting (yet somehow hard to catch) mayflies in my hat so that I could examine them and tie flies to match them - that was all wrong too.

But a recent conversation reminded me of a fundamental fact that I’d lost somewhere along the way.

It is the gear - it’s just different gear!

When I really stop to analyze my tenkara “success” - I have to admit it’s not due to any “tenkara master” status. It’s almost completely due to the stealth that the super light tenkara line offers me. I’m not afraid to admit it.

I’m not saying that there is not a wealth of tenkara skills to learn and acquire - I’m just saying that, in moments of lucidity and quiet contemplation I have to admit that I probably don’t have them.

When I began tenkara, my tenkara “success” was almost immediate - once I learned to keep the rod out of the trees and how to land a fish without a reel - I started catching fish at a better rate than before. This was before I knew anything about “tenkara” tactics. It was all just the same old tactics made better by a long rod and super light line.

When my friend pointed out that those of us in the west, most doing tenkara for less than 5 years, are far from masters at tenkara techniques, and that it’s not our super tenkara skills - but it’s the effective tenkara gear that’s making most of the difference for most of us…well…I was gobsmacked. Then I thought back to my beginning - to my love of the stealth that tenkara gear gave me - and my nearly instant “success”. And I realized that he was right - at least in my case - if I want to be totally honest. 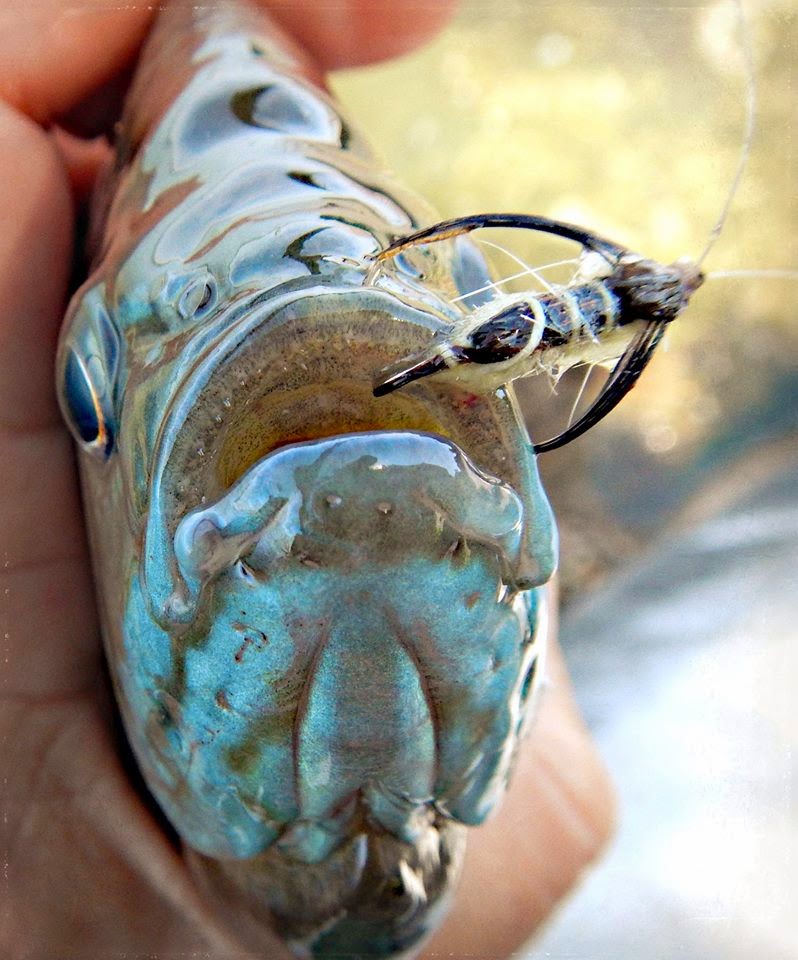 Anthony Naples hails from Western Pennsylvania (don't hold that against him), and has been a voice in the ever-growing American tenkara community since 2009, recently serving as editor on the first Tenkara Magazine.  His blog, Casting Around, which features both tenkara and fly-fishing themed stories, poetry, and original art, can be found HERE.