Hundreds Of Dollars For A Cane Pole?

For better or worse, I write a lot about tenkara here.  With over 170 posts, this may be one of the handful of blogs (tenkara-specific or not) that has written that much about the subject to date.  So as a follower of this blog, you likely know what tenkara is by now.  Actually, thanks to a lot of grassroots marketing and growing industry acceptance, the larger angling community is learning what tenkara is as well...although whether or not they approve of it is an entirely different issue.

Well, where I live in Florida, tenkara isn't really that well known.  Heck, there's not really even a strong fly fishing culture.  A few people chase redfish on the fly, but largely if you're not offshore in a boat, you're probably fishing bait off of a bridge...which is perfectly fine.  I'm no fly fishing snob.

So imagine my surprise when in this month's issue of a popular print fishing magazine tenkara was actually mentioned.  Unfortunately, it was dumbed down to readers as "cane pole" fishing...(which I'll admit there are some similarities)...without really touting any of the positives or differences, and making it sound like a waste of an angler's money...those silly fly fishermen.  Well...let's just say tenkara's got an uphill climb in the Sunshine State.

Yesterday, I was lucky enough to have some spare time on my hands.  It was the "buffer day" of my little mini-vacation, the day between when you travel home and go back to work.  I thought I'd take the rods out and try to catch something.

The other week I had some pretty good luck fishing black woolly buggers...but it just wasn't happening.  I really wasn't even getting any visible follows.  I was noticing some fish rising, so I switched from the fly rod to the tenkara rod and thought I'd try to "match the hatch," at least by size.

That turned out to be the ticket...as the typical smallish pond-dwellers eagerly inhaled the offerings... 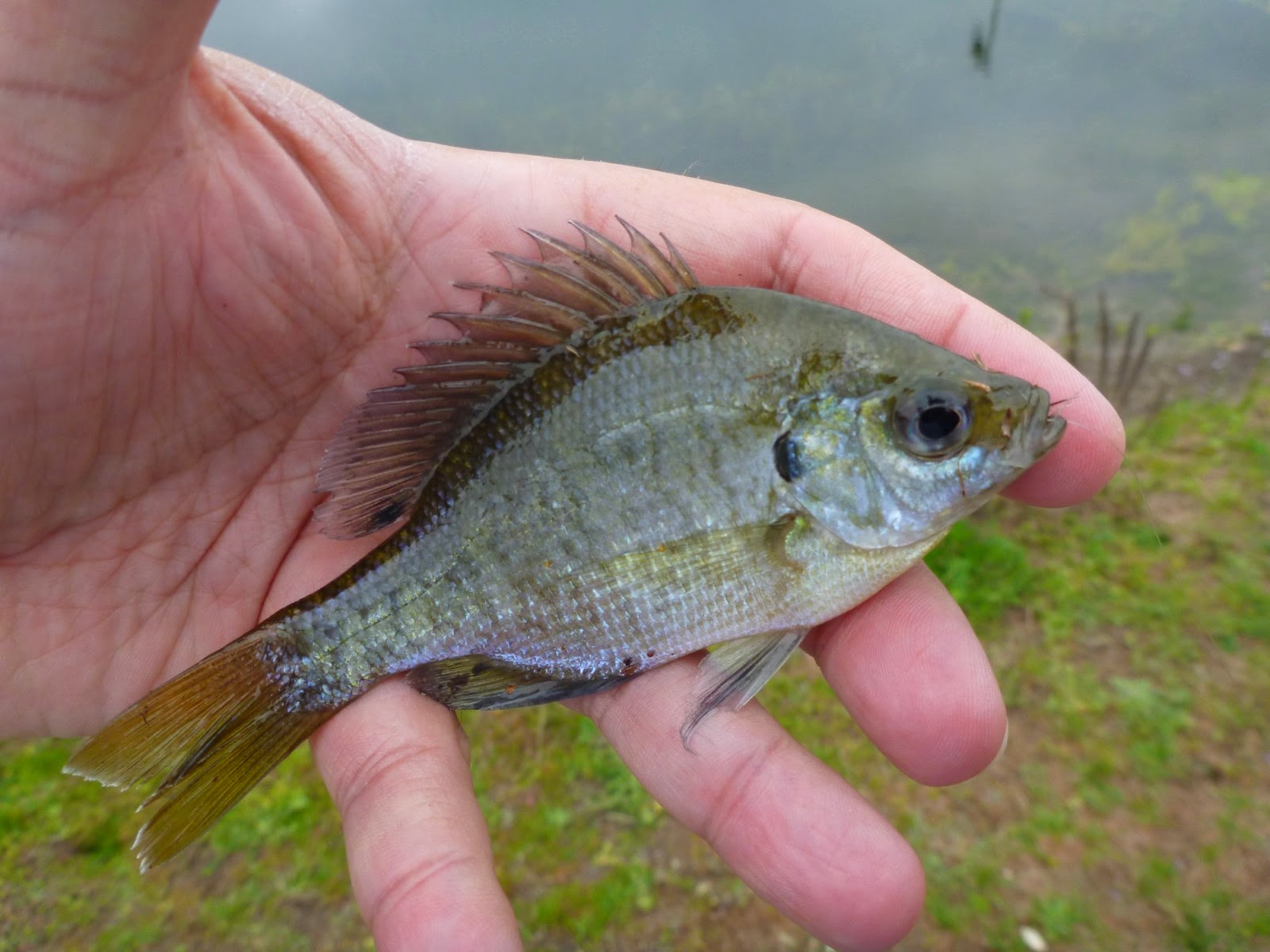 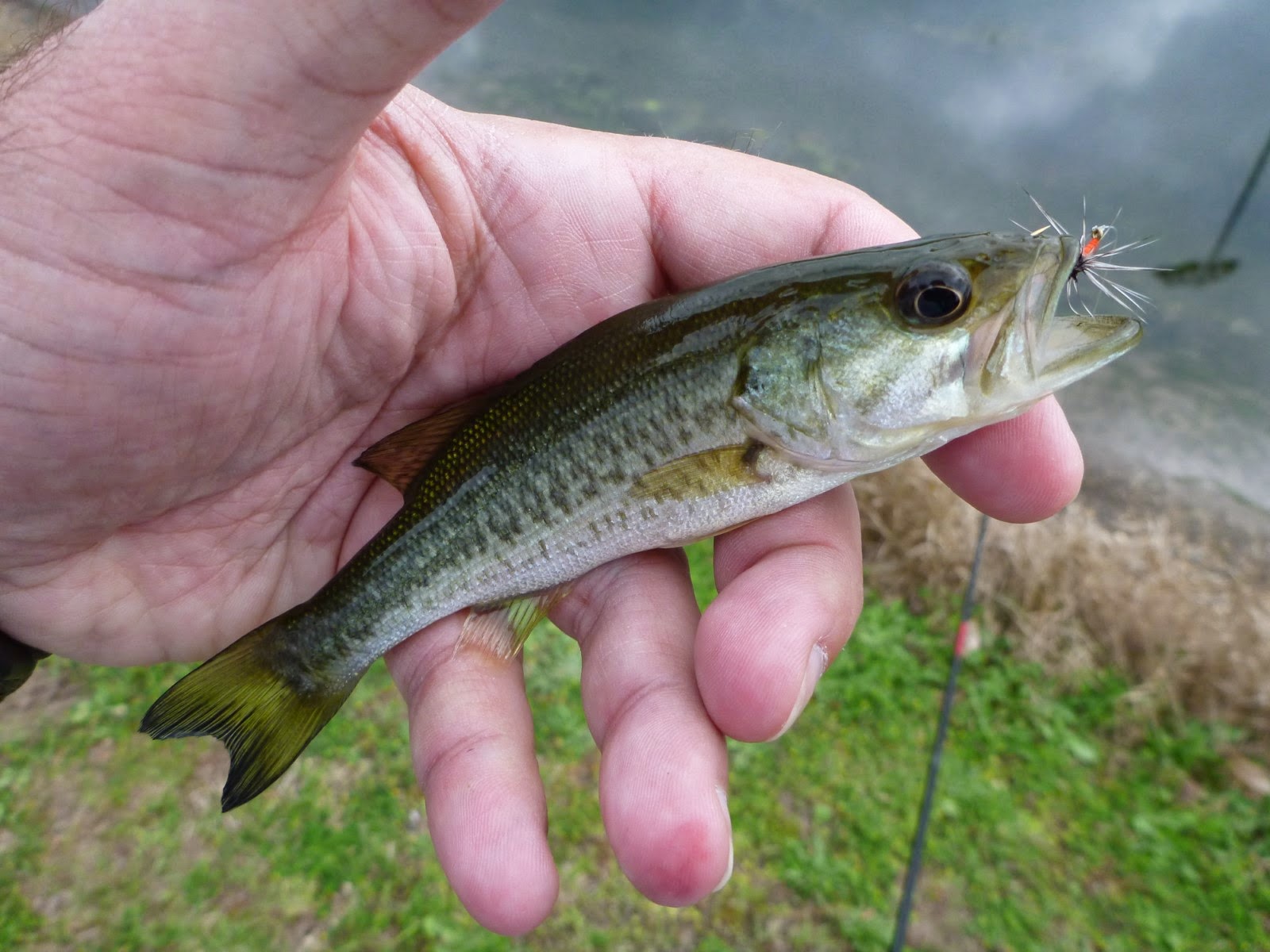 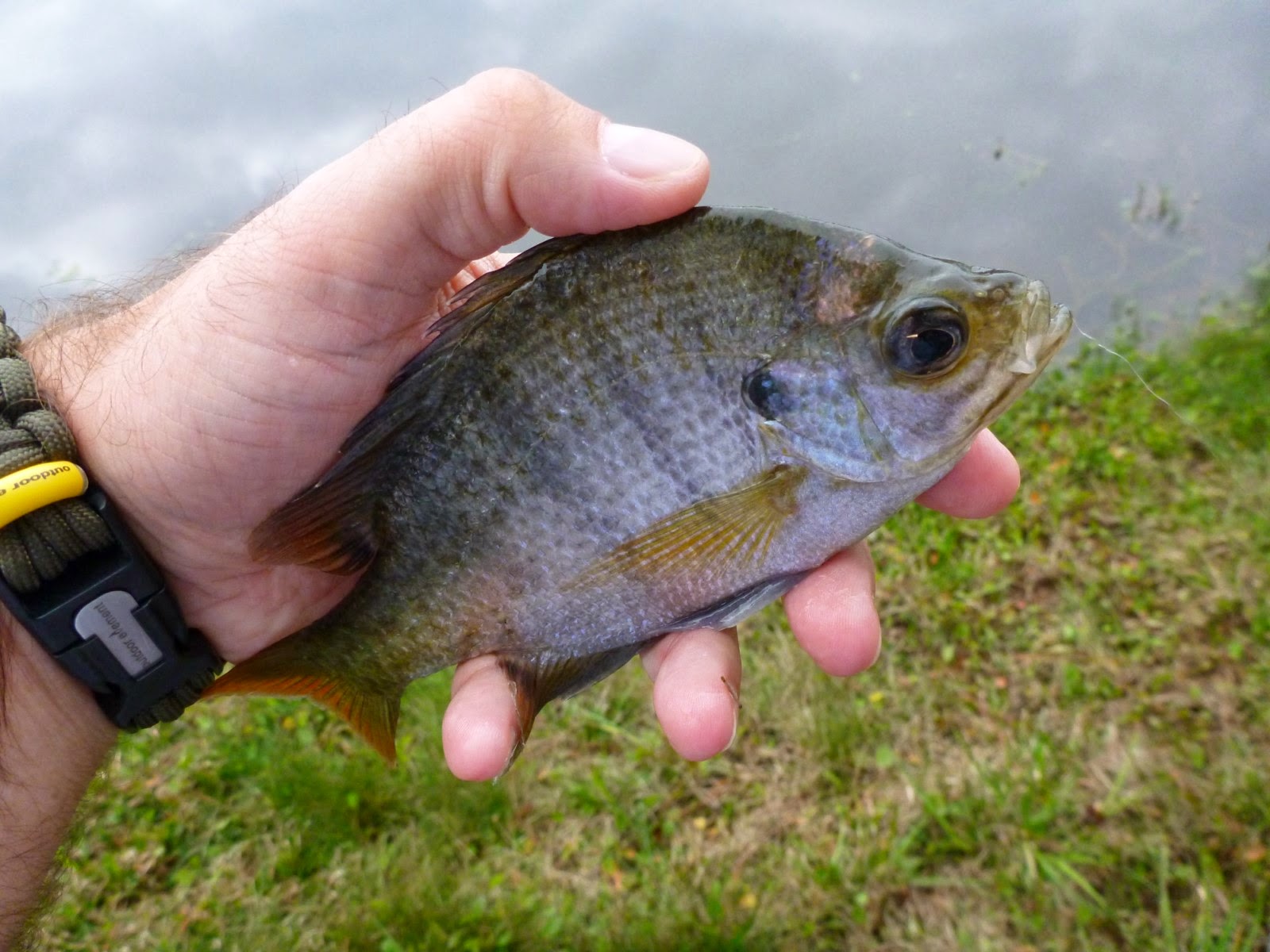 Then I saw the shadow.

A couple casts, a few twitches, and handful of pauses got this bass to take my size 12 kebari. 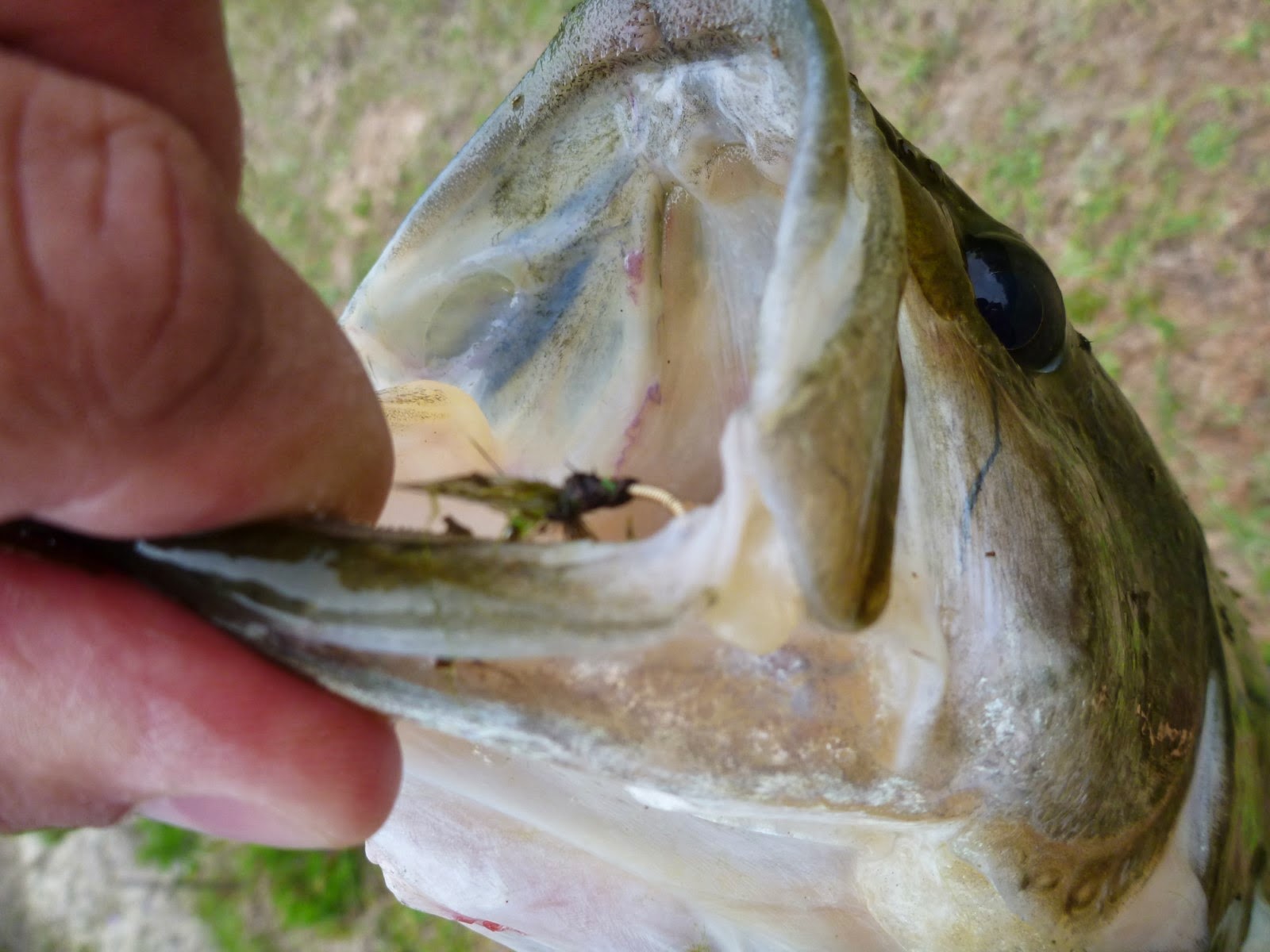 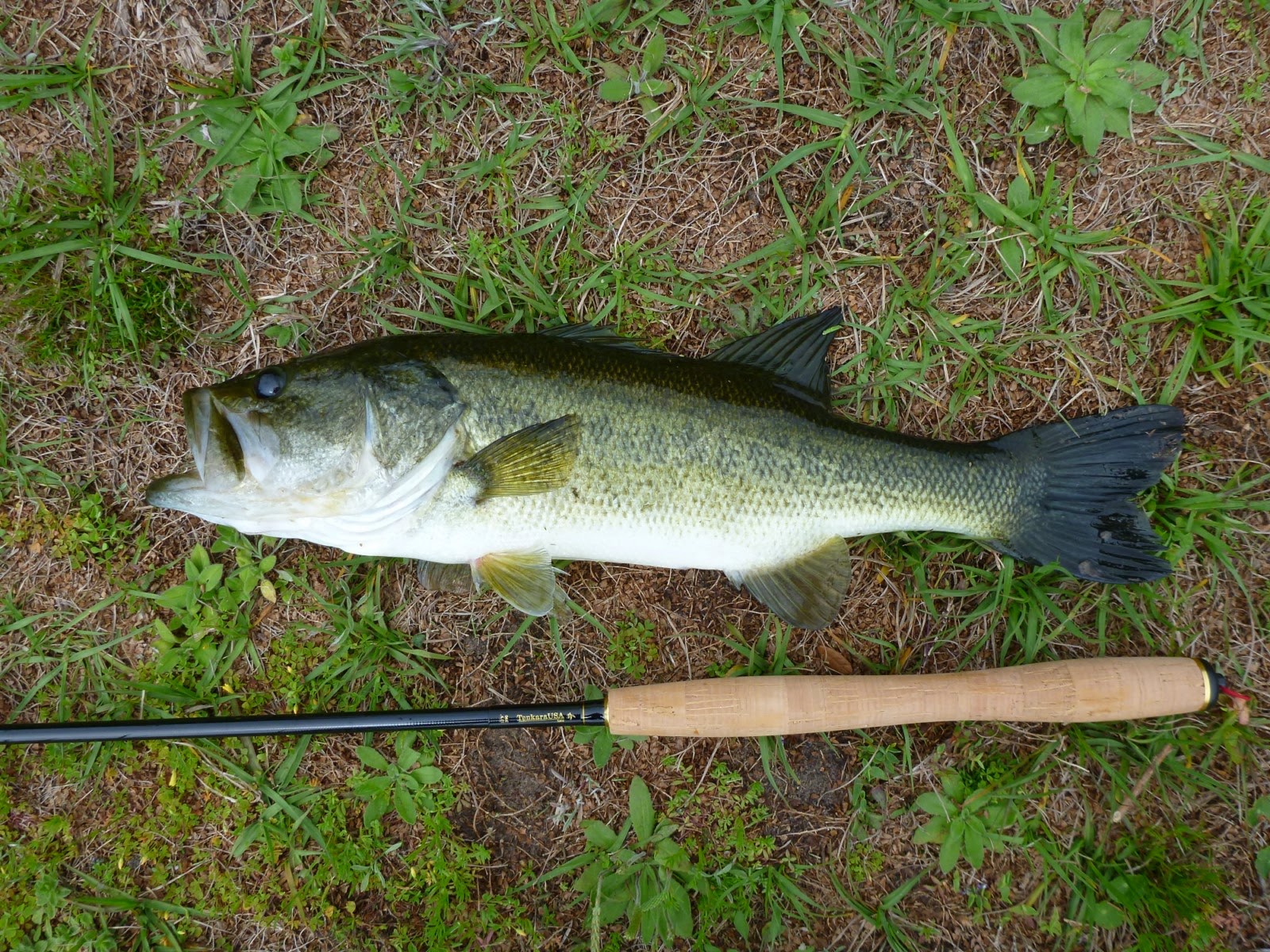 At 19 inches long (approximately 4 pounds, although it's a little skinny), I believe this is my largest catch on tenkara tackle to date.  I'm fairly certain I've hooked into fish this size before, but they've either broken my tippet on the run, or popped off the fly with a couple head shakes.  The Tenkara USA Sato, combined with 3.5 level line and 5x tippet handled this job well.

Here's a quick video of some of the fight I slapped together with rudimentary video skills...the highlight being looking at the rod bend during the first 10 seconds.  It doesn't show actually landing the fish because I had to put the camera down to two handed guide the fish out of some crap in the water weeds.  It's amazing what a great job tenkara rods do protecting light tippet considering there is no reel to let out additional line.

I caught a few more after that, but nothing of size.
It made for a fun day with the "cane pole" (if you must)...just don't say I was dapping.