Daft Punk won a lot of Grammys last night.  Or at least they won the important ones.  Keeping in robotic character, they never removed their helmets, nor actually made acceptance speeches.


While I personally thought the entire broadcast was pretty much a disconnected train wreck, at least it was a difficult one to turn away from.  Most of the acts were a mix of simultaneous good and bad with Paul & Ringo reuniting to not perform a Beatles song (FAIL), Metallica rocking out with a Chinese pianist (something we've all been crying for), and Stevie "Jammin on the One" Wonder's first relevant appearance since the Cosby Show in 1986.  Oh hey, look up in the sky...there's P!nk!

BTW, I'm sort of smitten with the country chick they threw up on stage immediately after the whole Kendrick Lamar / Imagine Dragons laser light show, paintball spectacular, white suit fest.  You know, the one in the short skirt made of curtains, wearing Christmas-lit cowboy boots.  Sorry Lisa Loeb, you've been a fave since high school, but I might have a new musical crush.  Must be her first name...

But back to Daft Punk.  Why the helmets, why the mystery?  Oh, and are they really from France?

Thanks to a Google search of post-award show after parties, I was able to unmask our robotic heroes. 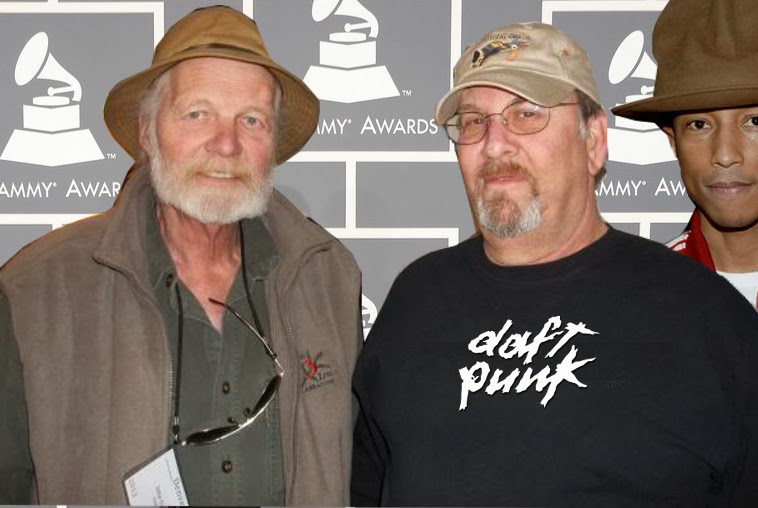 I heard he was feeling better, but who knew?