I will start by saying that I friggin' love the cosmetics on this thing.  All stealthed out in carbon matte & black, it's not your classic looking fly rod.  It's kind of got the look of the Oakland Raiders of fly rods...but not the current crop of Raiders...I'm talking the 1960s & 70s Raiders that are in all of the "old" NFL Films.  You know, "The Autumn Wind" Raiders.  Or hell, even the Tecmo Bowl Bo Jackson / NWA endorsed Los Angeles Raiders.  Nobody messed with either versions.

Interestingly enough, it also continues the trend of fly rods moving away from traditional cork grips to composite materials.  I reviewed the Redington Vapen Red on this blog earlier in the year, mentioned some tenkara rods moving in that direction, and even highlighted a Wright & McGill offering from a few years back.  While it might not sit well with traditionalists, so what, neither did the first pair of Air Jordans... 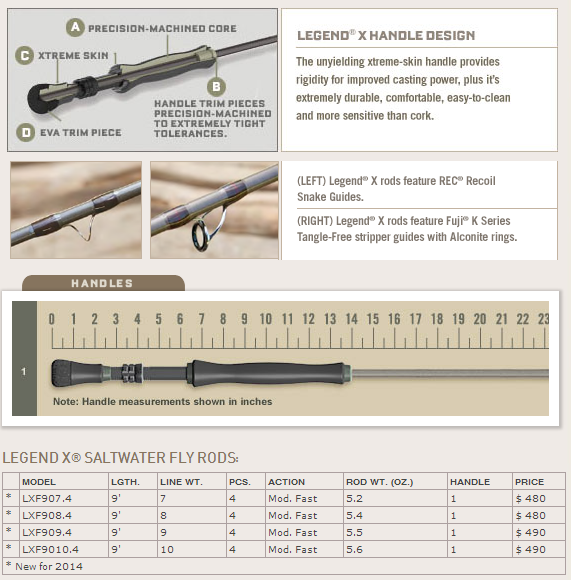 Anyway, I'd love to cast one of these, just to see if it tosses line as badass as it looks.  Appears it could be a killer rod for everything from salty redfish to big freshwater bass.  Not that I really catch many of either, but if I'm in Florida these days, I should probably look the part.

Has anybody dared muster up the courage to cast one of these?


What do you think of the aggressive "look"?

Should St. Croix send me a demo (ahem, 8-wt) for pimping it?

We all know the answer to the last question, but I'd love to hear your feedback on any of the above in the comments below.