That was my initial impression, and probably most lasting impression when it comes to the TryTenkara 360 tenkara rod.  That, and "what's with the purple stripes?" 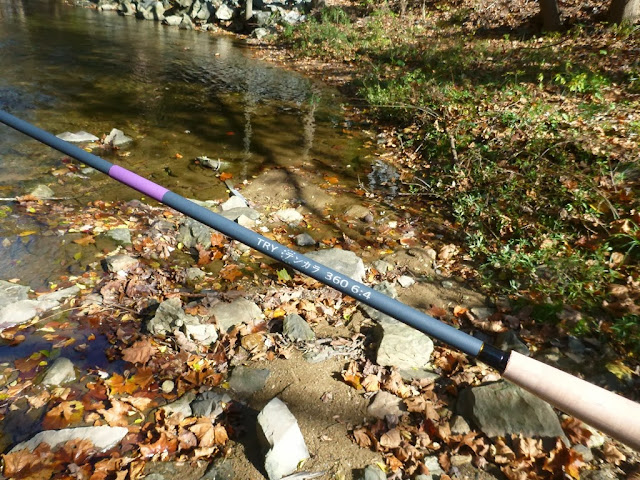 I had the opportunity recently to test drive this offering from The Tenkara Times, and not to spoil the review you may or may not read below, but I was really impressed by the rod.  I honestly didn't expect too much when I was first offered the review gig, but the rod came through and then some.

First I guess we'll get into the specs...

I don't have one of those fancy drug dealer postal scales some rod reviewers use to weigh their rods, but this model is light.  Like super-light.  Like even super-ultra-light.  The Tenkara Times website claims it's 62 grams.  Not being good with metric conversions, I'll just say it's on par, if not lighter, than the 11' Iwana from Tenkara USA, which is pretty impressive considering this rod is a foot longer extended.  It definitely fishes lighter in hand than any of my other rods, Iwana included.

The rod is approximately 12 feet when extended and a little over 22 inches long collapsed ...giving it a slightly taller profile than some of the other 12 footers I've fished.  It's got a very spartan charcoal matte finish (which I like a lot), with each section tipped by some odd purple stripes.  Why purple?  Beats me.  Perhaps it's to stand out in a crowd. 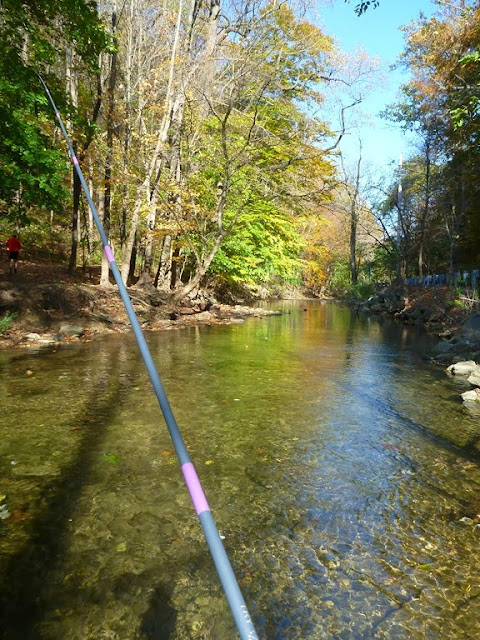 The cork grip is of fair to better quality and the winding check is executed cleanly.  Maybe the only thing I don't care for is the screw off end cap being more or less flush to the bottom of the grip.  You need to use a coin or something in the deep groove to unscrew the cap, you can't just use your fingers as with other rods. 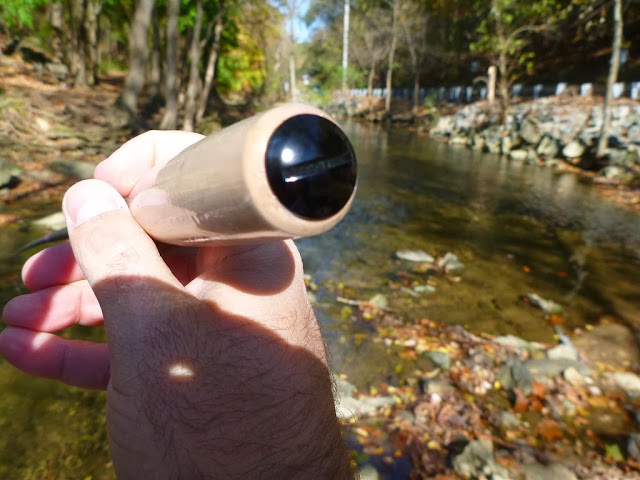 It's rated a 6:4 which it pretty true when flexed under the fight of a fish.  I'd say the rod is a touch stiff, but very crisp casting.  I fished it in combination with a furled DePuy Springs tenkara line from Moonlit Fly Fishing and I felt the rod load quite nicely and put out some really accurate casts.

I've fished the rod on 4 occasions, twice for trout, and twice in warmwater for bass & bluegill.  Unfortunately, I struck out on my troutings, but I did get into quite a few small bass and bluegill and the rod handled them all fairly easily.  I was really concerned that with the rod being so light it may also be delicate.  Not the case.  The rod flexed enough to protect the 6x tippet I was using and really handled the muscling of the fish to hand quite well. 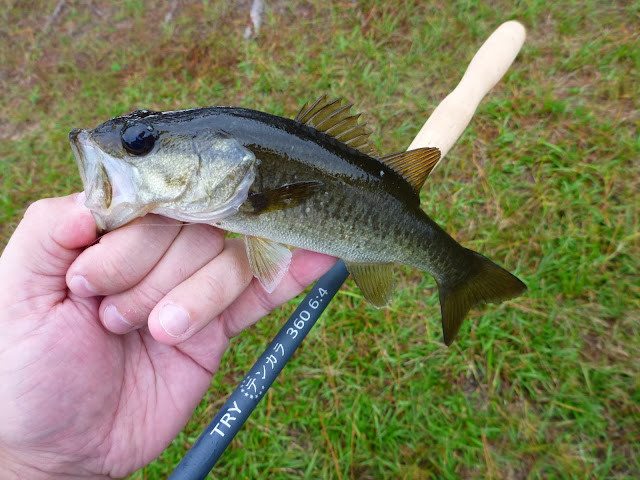 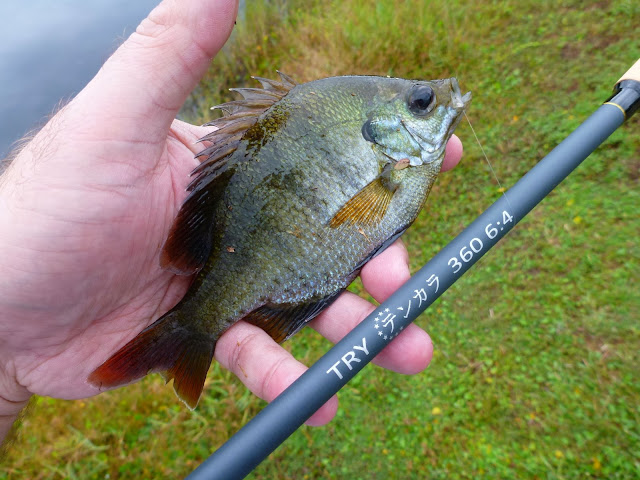 The price is right too (although this is where it gets tricky).  The rod runs 119 Euros, which at the time of writing this post was about 160 US dollars.  But that includes the dreaded VAT (or Value Added Tax), which Tenkara Times will refund to you after purchase.  So that trims some money off your total, bringing it down to around $130 US.  Got that?  I hope so, because I'm not explaining it again.

So would I recommend this rod?  In short, yes I would.  Even if you don't like purple.  It's so freakin' light it's going to really surprise you the first time you pick it up...and then again once you're fighting a fish of substance.  In my current collection of 9 tenkara rods, I'd place this one in the top 3, I like it that much.

DISCLAIMER:
The TryTenkara 360 6:4 tenkara rod tested in this product review was provided to me at no cost, but carries a retail price of 119.00 Euros...all that conversion crap is covered above.  I currently hold no association whatsoever with Oleg from Tenkara Times, other than the fact that he befriended me on Facebook to contact me for this review.  However I'm also Facebook friends with your Mom, so I'm not sure what that proves.

As with all independent gear reviews at Troutrageous!, I try my best to keep my reviews honest and unbiased. If something is good, it deserves applause; if it sucks, I'll probably not write a post and tell the manufacturer my opinion of their hot mess directly outside of this blog. It ain't in my interest to steer you wrong, so why waste the time writing a post doing so?
Posted by Michael Agneta at 3:00 AM