Yesterday was a little bit of a fishing boondoggle.  It was raining in the early morning, so I shelved the idea of taking the kayak out...then around 10AM the sun came out, but it was ridiculously windy and the surf was rough...so rather than tossing flies in the salt, I opted to stay close to home and try out the new tenkara rod that showed up at the house last week, the Sawtooth from Tenkara Rod Co.  Not how I had planned to spend my Sunday morning, but whatever...I had a new rod screaming to be fished. 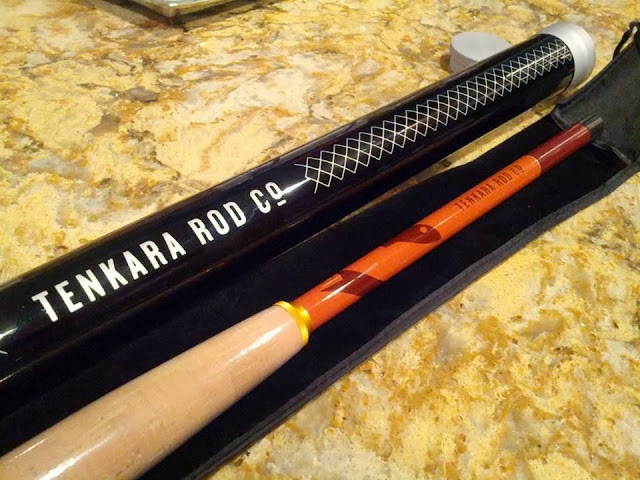 Just a quick overview of the rod (this isn't a product review, Tom Davis has that market cornered)...but here are some things of note.  First off, it's good looking.  They slapped a nice paint job on this rod and went with gold accents as opposed to silver.  Makes it look very different than what's out there in the marketplace. 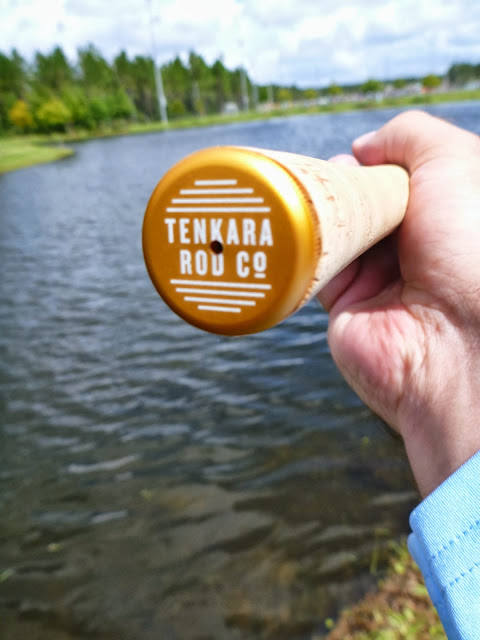 I also noticed the lillian is attached with a swivel, if you're into that sort of thing.  Nice touch.  But points off for not having the little rubber padding inside the screw off butt cap that has become somewhat standard these days.

It was a little tough to cast, but I blame the wind...not the rod...it was pretty strong at times.  You'll see in the pic below it put some chop in what should be a perfectly still pond.  Fiddle with lines all you want, tenkara doesn't excel in the wind. 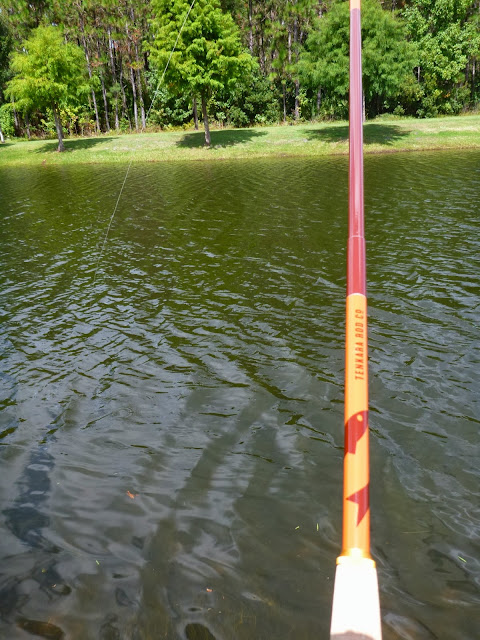 Anyway, paired with a furled line from Moonlit Fly Fishing and a self-tied kebari, I caught about a half dozen of these...so it definitely gets the job done. 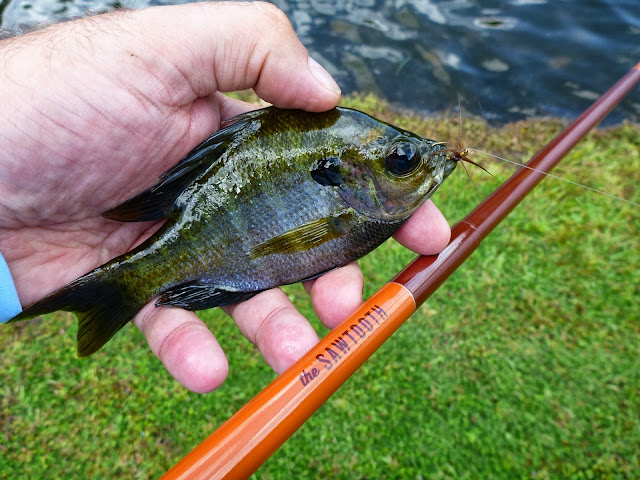