Day two in Islamorada was a lot like day one.  Except the pool was open.

We spent the morning kayaking which was pretty fun.  It was Lilly's first ride in a kayak.  She wanted to know why I wasn't paddling faster... 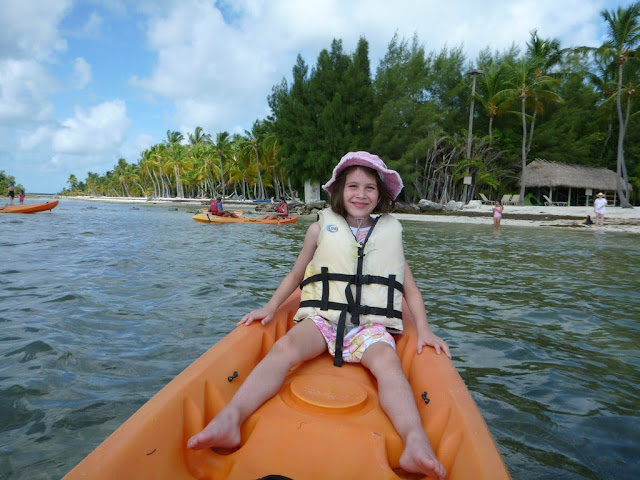 After that we went out to lunch at the Islamorada Fish Company (aka Bass Pro Shops).  We had just missed the daily tarpon feeding (may need to take her down to Robbie's before we go to see the real deal), but she got to look at some tarpon for the first time.

The afternoon was spent driving around looking for a hermit crab cage...you know for Mr. Krabs.  Yeah, he is coming home...  Unlike the Jersey shore that has hermit crabs in every freaking store, we had to drive up to Key Largo to find what we were looking for.  Actually the Rain Barrel had them (home of the ginormous lobster pictured below) but they were really ghetto.  Only the best for Mr. Krabs. 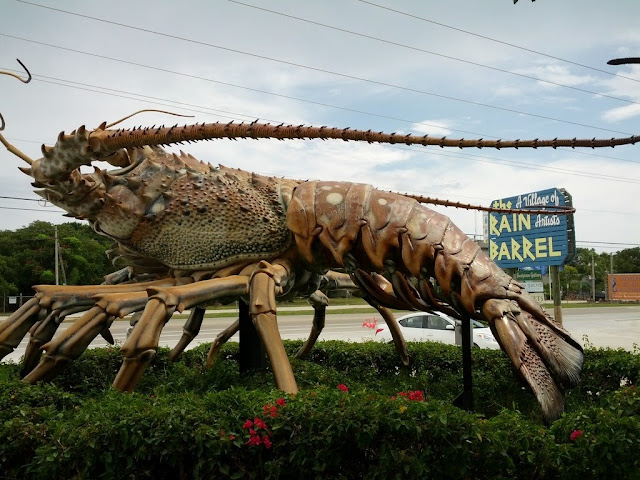 When we got back to the hotel, I fished off the pier for maybe an hour while KC & Lilly rested in the hotel room.  Had some follows from some small barracuda but no takes.  Not a big deal...I was just killing time before dinner...which ended up being pizza...back in the room.  I think everyone was just too tired to go back out again.

That's pretty much it.  Nothing crazy...other than an episode with an overflowing toilet...but that's perhaps a story for another time...