Although it's a bit of a convoluted back story involving dinner at Steak 'n Shake and going to see a movie that didn't work out as planned, the family took a little trip on the other side of the St. John's River last night and ended up in a little city called Green Cove Springs.


Down by the river there's a little park called...well, what else...Spring Park, and the landmark within the park is the actual warm water spring itself, where the entire city gets it's name. 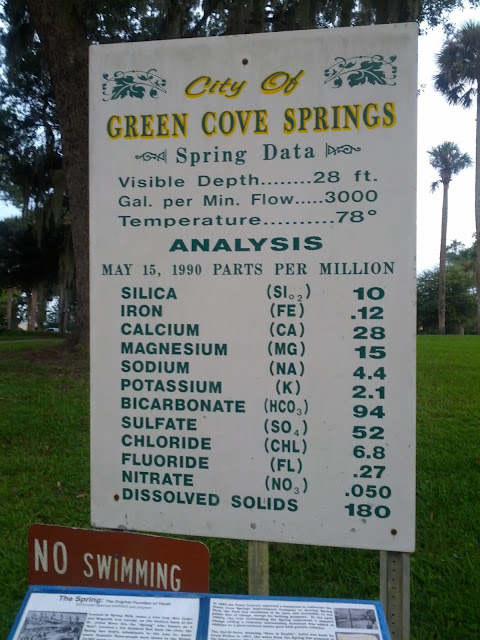 It was pretty neat to walk around the spring, and the little stream of crystal clear water immediately below that makes its way down to the river.  The first thing you notice is the strong smell of sulfur, and the next thing you notice is the large in ground swimming pool built right beneath the spring source (wish I took a picture, but thanks to Google Images I was able to steal one).  The water basically flows from the ground, into the one end of the pool, out the other, and then down into maybe a 50 yard stream to the river. 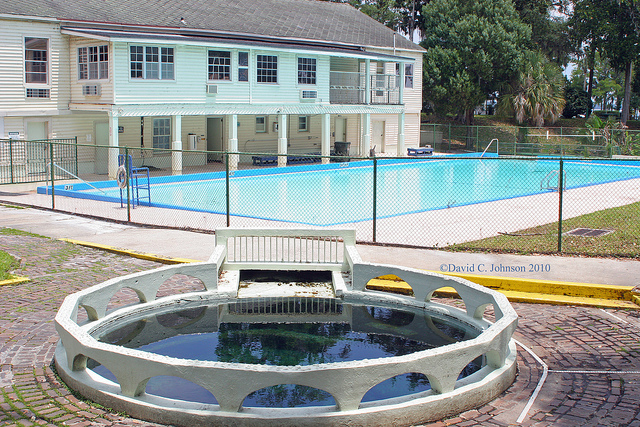 A sign beside the spring evidently outlines some of the history of the spring itself...a history that is actually pretty rich, and involves such names as P.T. Barnum, J.C. Penney, & President Grover Cleveland.  Evidently, the water was prized for it's therapeutic value for many, many years.  Perhaps it's actually the real Fountain of Youth...  It's worth clicking on the picture below to read the backstory. 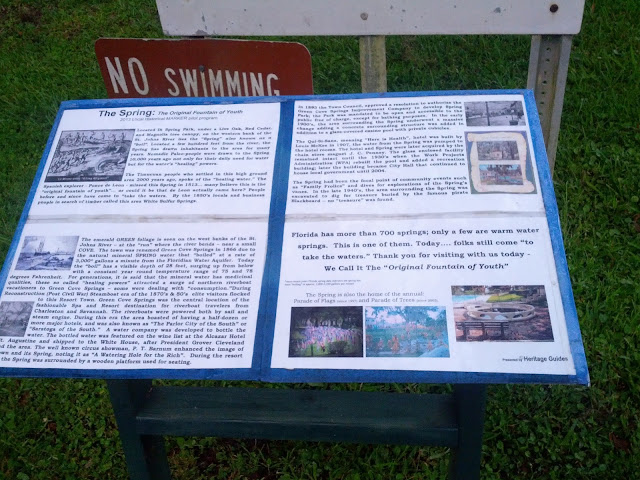 To tie fishing into the story, there's also a nice pier at the bottom of the park that stretches out into the St. John's River.  There were quite a few people fishing on this night, although we didn't observe anybody catch anything as we strolled the planks.

Overall, it's a pretty neat little place.  Not sure if we have a reason to go back, but it's nice to say we've been there.