The Quest For The Ultimate Fly Fishing Kayak - Part 3

I was cruising around Kickstarter last night (one of my high school friends has a project he's trying to get launched) when I stumbled upon a campaign for the TruRec DFP kayak (DFP standing for Dive, Fish, Paddle). 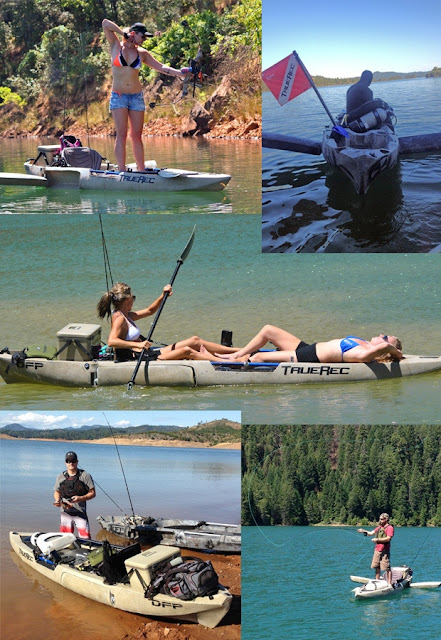 Now I have to say, if this thing gets funded (it's a long way from the $150,000 they're looking for), this could very well end the quest for the ultimate fly fishing kayak.  It's specs are on par with most of the others mentioned in prior posts - 13 feet long, 32" wide, 75 pounds, etc... but what really draws me to this particular boat are the deployable pontoons and all of the deck space...

Deployable pontoons aren't a new concept...the Freedom Hawk Pathfinder has something similar (although executed much differently), however what it doesn't have is all of the open deck space for whatever...including a cooler, extra gear, a kid, you name it.  It just seems laid out so intelligently, I have to say I'm extremely impressed and rooting for these guys to be able to bring it to market.