The Quest For The Ultimate Fly Fishing Kayak - Part 2

With the original "The Quest For The Ultimate Fly Fishing Kayak" post being so well received, I thought I might continue along this particular path and update it with a second installment. 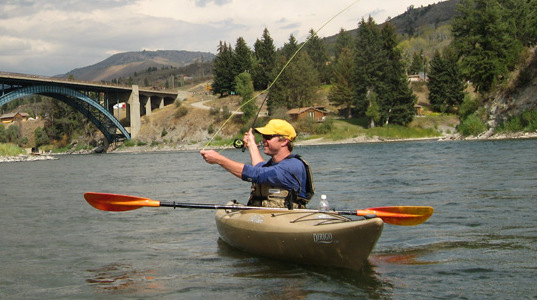 However, there were so many good suggestions made in the comments of the original post, as well as in other social media outlets this blog is hooked into, I figured it might be a good idea to document those as well in a follow up...so here we go...

Leading off, the Emotion Stealth Angler (suggested by Spurky) is a pretty interesting choice.  The smallest, and most price friendly, I'm not sure that it accommodates my desire to stand up, but everything else is top notch.  Nice and compact, I think this would be a lot of fun to have to simply tool around in...with a little bit of fishing functionality thrown in there.

Lunker Hunt Clif next suggested a Hobie Kayak featuring Mirage Drive.  Holy Crap.  If I'm going to go that route, it'd be impossible not to go for the totally pimped out Pro Angler 12.  Now do I want to spend almost $3000 on a fishing kayak?  Maybe not, but damn if it isn't really, really tempting.  I even went to go look at one in person at the local dealer.  This thing is friggin' awesome.

A little bit out of the box, T! Pro Staffer Dub offered up scrounging Craigslist to find a good time old Coleman Crawdad, which is more like a plastic jon boat than a kayak.  It's no longer made, but he also says you can find them inexpensively used and they're plenty roomy.  (Pelican appears to make something similar, so it does live on as new!)  The picture below shows it's definitely more of a bass boat...but who said I only needed one boat?  Bring on the Troutrageous! Armada! 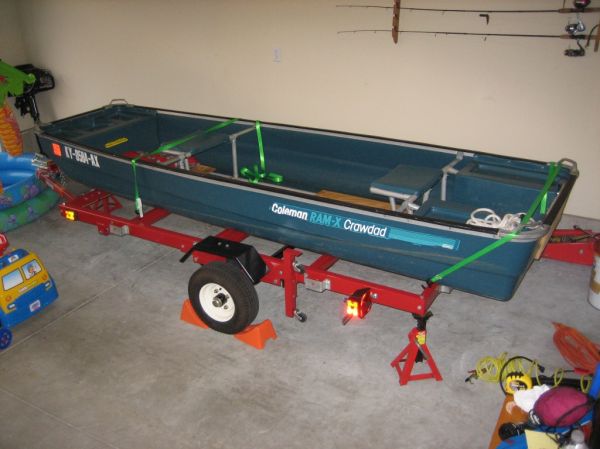 Both Lance Milks & River Mud Kirk recommended looking up the Native Ulitmate Angler...which is more canoeish, like the NuCanoe in the last post, and a very compelling suggestion.  I'll be looking into this one a little bit more, as it appears more than suitable to fit the type of fishing I'm looking to do.  This dude frogk04 did a pretty nice walkthrough on YouTube, so why reinvent the wheel...

Michael Finn suggested the Old Town Predator...I'm not sure if he was referencing the 13 or MX, but both look pretty badass.  (The camo doesn't hurt either...can you see it?...didn't think so...)  I think I'm liking the MX a touch more (which I think was the one he was actually recommending), being a bit shorter, a smidge wider, and with a more pronounced deck...but you probably wouldn't lose with either...

The Diablo Amigo was then referenced by Lynn David, who saw it being teased on Facebook... and...well...from what I can see, I like it very much.  It's basically like the other Diablo SUP-ish kayaks, with the exception that it will be roto-molded instead of thermoform ABS...which will bring the price down.  Yuuuuuup!  I'm not going to complain about that one bit!  Unfortunately, it's a brand new model just launched at the ICAST/IFTD Show, so details such as that reduced price are a little bit thin at the moment...  Good things come to those who wait... 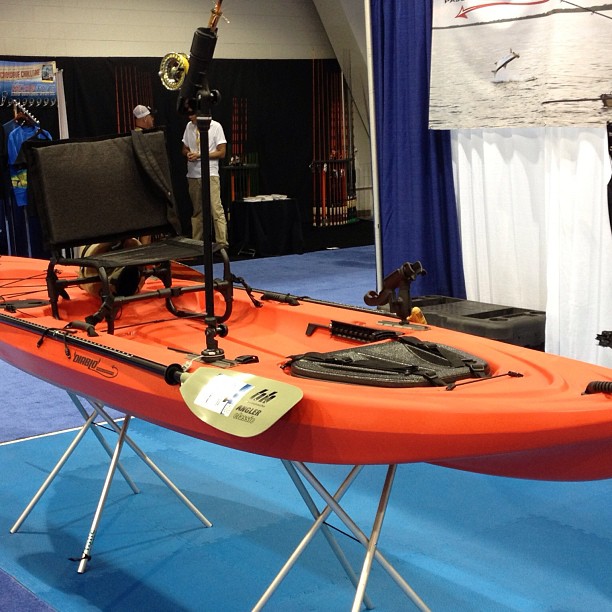 And last but not least Spurky chimed in again with the FeelFree Lure.  Now I've never heard of FeelFree Kayaks before, but everybody on Facebook is raving about the clean lines and how sweet this kayak will be.  I also read it will have a 3 height adjustable seat platform, and feature FeelFree's tool-less track system which will accommodate the new Unitrack crossbar "dashboard," making pimping your ride easy.  Much like the Diablo Amigo, this 'yak is brand new and details are also somewhat sketchy at the moment...I mean there's not even a picture, only this rendering to go from... 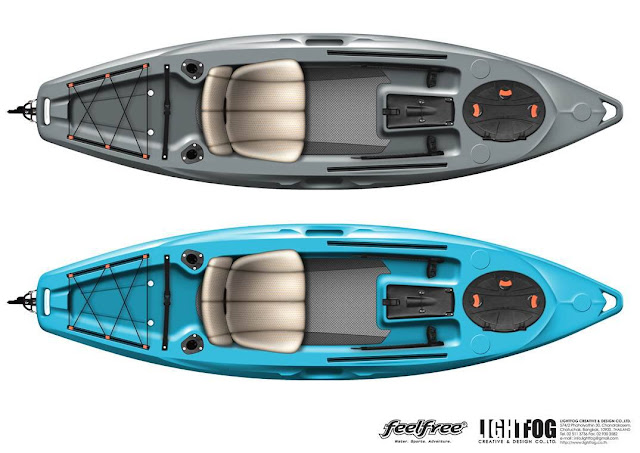 Got all that?  Suddenly the menu of choices got a heck of a lot bigger...

Here's the chart from the last post, updated to include some of the newer suggestions... 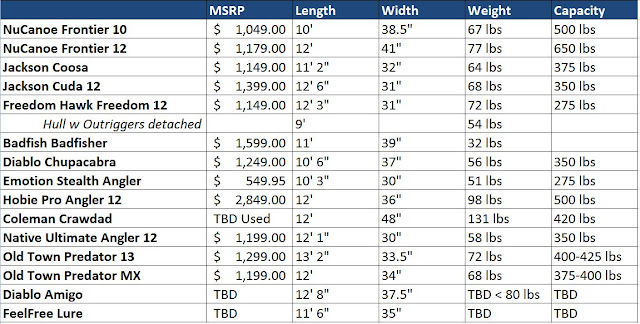 And I'll close this post as I closed the first one...

What about comments / recommendations?