Two weeks ago, a corrugated tube showed up at my doorstep with a Redington Vapen Red 8-weight fly rod inside.  I was supposed to review it before June was over, but I had a problem...I didn't have an 8-weight reel to use with it...

Well, last week I remedied that problem (I needed to buy one anyway), so on Sunday night, I stole a few hours to get out on some of my neighborhood ponds and at least see how this thing behaves.

And in case you're not already familiar with the Redington Vapen Red, there's some info HERE...and it also recently won the "Best Fly Rod" award at the EFFTEX show (more info HERE)...which is probably a big deal, even though I thought Eff-Tex was what Oklahoma Sooners fans sentiments were toward the Longhorns...

So while this wasn't an full out assault on the salt, fresh water bass fishing would have to do...

The Vapen all strung up and ready to go... 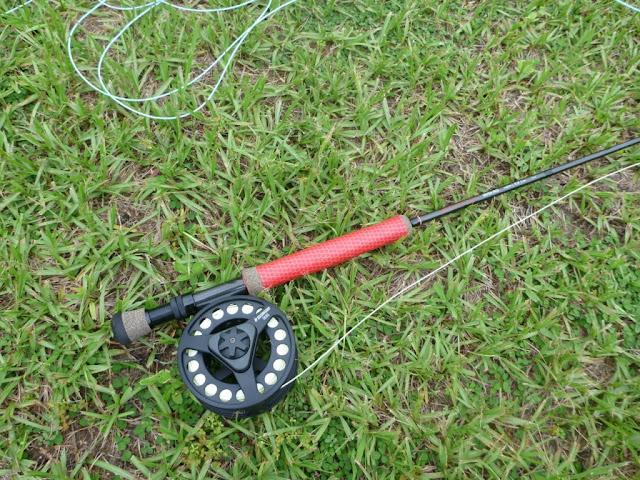 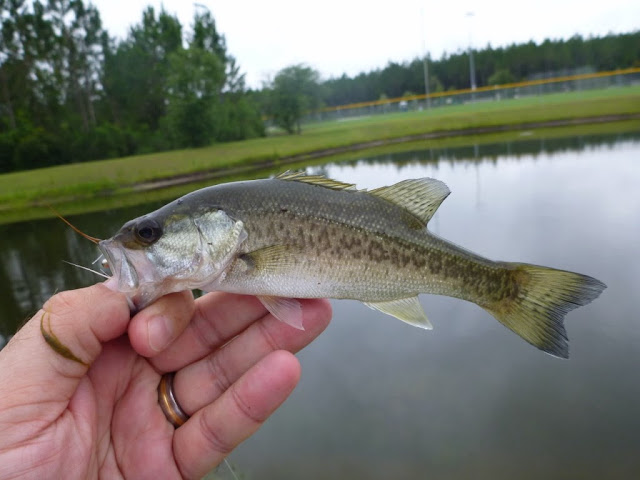 ...and made a craptasticly-trendy Vine video in which the fish looks dead as I reel it in... 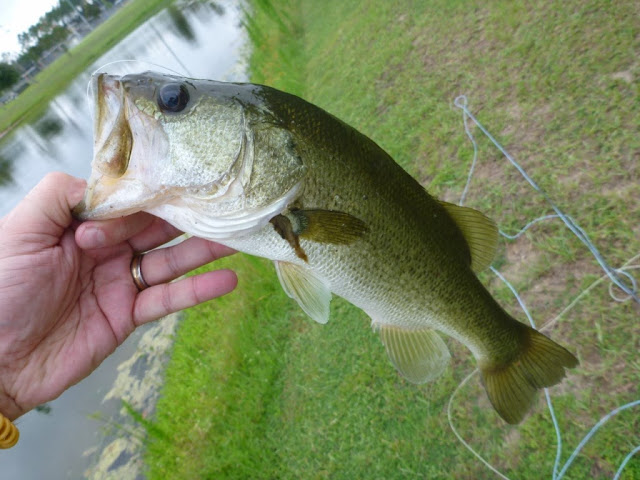 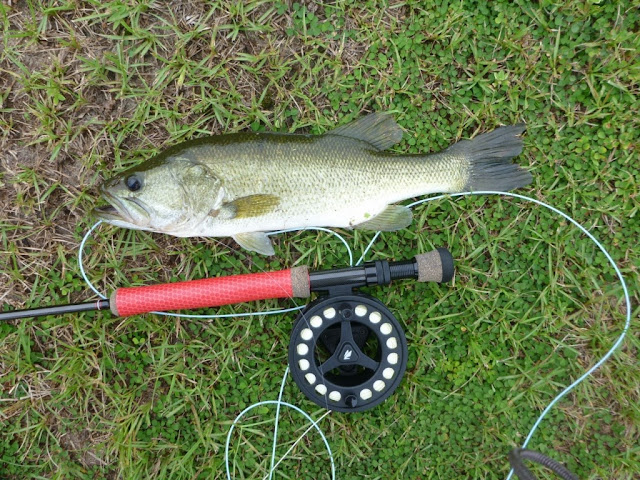 So there are two things I'd like to comment on about the rod.  How it casts, and the fancy red grip.

In terms of casting, I was throwing a Clouser Minnow...and I actually had some Rio Redfish line on instead of a freshwater line...simply because the 8-weight reel I picked up is going to be used in the salt, or at least brackish water.

Anyway, the rod has a pretty fast action (when compared to the medium action trout rods I'm used to), but still loaded a bit and I was able to cast with pretty good accuracy in the 30-40 foot range.  I'm not a "pro" with heavier weight rods, but it put the fly where I wanted it to go pretty effortlessly.  I give it good grades in this regard.

As for the fancy red gripped handle...well, my opinion is mixed... 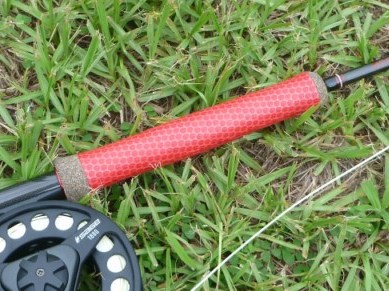 The red grip looks cool, and just holding the rod, it feels good in hand, but it felt tiny bit squishy when casting.  I'm not sure what's underneath the red grip, if it's cork, foam, gummy bears, or what, but I felt like I had to squeeze the grip just a little more than normal while casting to maintain the typical amount of "feel," especially as I transitioned from my back cast, forward.  Again, not a good or a bad thing, just an observation...and something that more time with the rod would probably help to better form a true opinion...

So to summarize (and you're probably pissed that you could have skipped ahead to this and not read any of the above...)

1) Fishing action can be found behind a ballfield
2) Vine videos should wear mustaches and vintage clothes
3) The rod casts pretty darn good (which is what it's supposed to do)
4) The grip is iffy...or at least TBD
5) Finally, Eff-Texas**

DISCLAIMER:
The Redington Vapen Red tested in this product review was provided to me for review at no cost, but will carry a retail price of $349.99 when it hits stores later this year.  Since I've had it for almost 3 weeks, I guess I'm supposed to return it now...I honestly don't know what the deal with that is.  I'm sure now that this post is up I'll be hearing from the Fishing Gear Fairy shortly.

As with all independent gear reviews at Troutrageous! (even though this really isn't a true review, only a first impression), I try my best to keep my reviews honest and unbiased. If something is good, it deserves applause; if it sucks, I'll probably not write a post and tell the manufacturer my opinion of their hot mess directly outside of this blog. It ain't in my interest to steer you wrong, so why waste the time writing a post doing so?

**Oh, and I have no issues with Texas.  Blame the EFFTEX show for having a stupidly funny name.