Sometimes it takes a certain set of circumstances to give you the kick in the pants needed to make something cool actually happen.  I suppose this past Saturday's fishing outing was an example of that.

I've made a lot of friends writing Troutrageous! over the years.  While a few of them live somewhat close by, I've only actually fished with a handful.  Before moving to Florida, I wanted to change that, and I wanted to pass on some of my Valley Creek knowledge, so I popped off some emails a few weeks ago to some fellow Southeastern PA fishing bloggers...

I've had the pleasure of fishing with Matt (Functioning Fishaholics) a few times, both at my home water of Valley Creek as well as other places.  I've gone to Fly Fishing shows with Mike (Dub The Thorax) a handful of times, but only fished with him once, at his home water of the Little Lehigh. However, Steven (The FlyFishing Bowhunter) I only knew from the internet.  Sharing an interest in tenkara, I wanted him in too.

Despite some fears created by some bad rain on Thursday & Friday, come Saturday morning the sky was blue, the sun shining, and it was game (and hopefully fish) on. 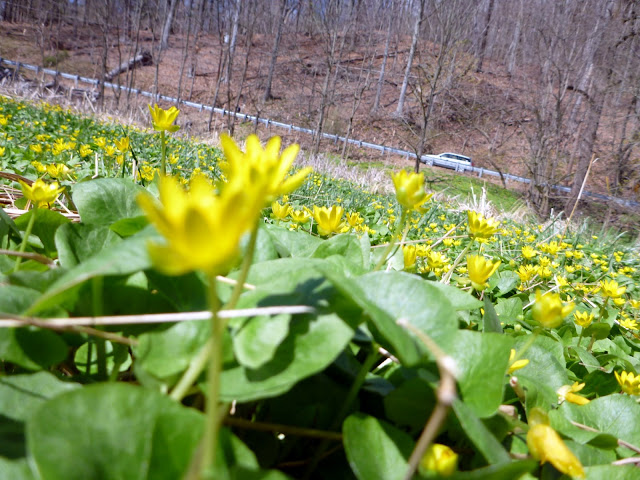 The morning started by meeting Steven in the parking lot.  After a few minutes of exchanging pleasantries, we geared up and headed down to the creek.  I was going to try to show him some of my favorite places to fish tenkara at Valley, and perhaps a technique or two to try and catch some. 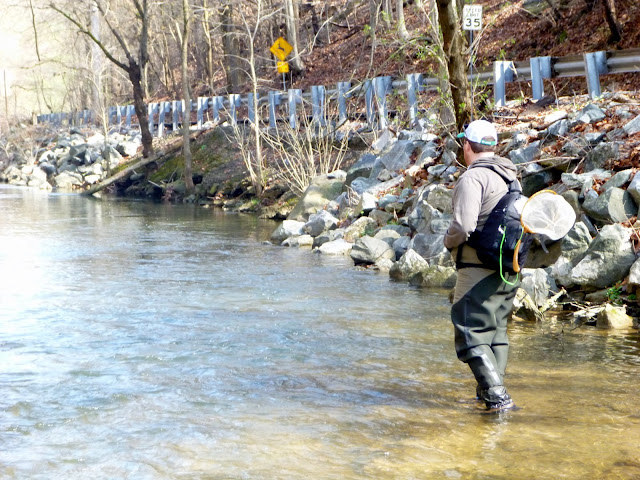 Well, didn't take Steven too long to get into some trout.  It seemed like a white hackle kebari was the ticket on this day as we both had success getting fish to take this fly in the slightly stained water.

About a half hour later, Matt showed up.  And well...he was not messing around on this day.  He settled in and started fishing to rising trout just below the famous Valley Creek covered bridge.  Like Steven, it didn't take him long to get one to hand either. Hell yeah...the fish were active...this was going to be a fun day.

Last but not least Mike showed up after concluding some Daddy duties.  He dropped in slightly above Matt and tossed dry after dry to some really active fish.  They were popping to the surface like popcorn and once he got his bearings on what they might be interested in, he took advantage too.

Unfortunately, Steven had to peel off a bit early, but not after providing a bit of entertainment for the group.  See, we used his departure as an excuse to walk back to the parking lot with him and take a "halftime break" to eat some soft pretzels, drink some beer soda, and talk about flies...and he had arranged to meet somebody there that had responded to his Craigslist ad expressing interest in buying his golf clubs...

Steven had posted one price, but this dude had the balls to drive up to our posse and continue on to bicker, moan, and nitpick and offer him something substantially less...  The douchebag deserved death by (8-weight) flogging.

Anyway, food eaten, drinks drunk, and Steven speeding off, I took Matt & Mike a bit further upstream to where I thought would be some good dry fly fishing water. 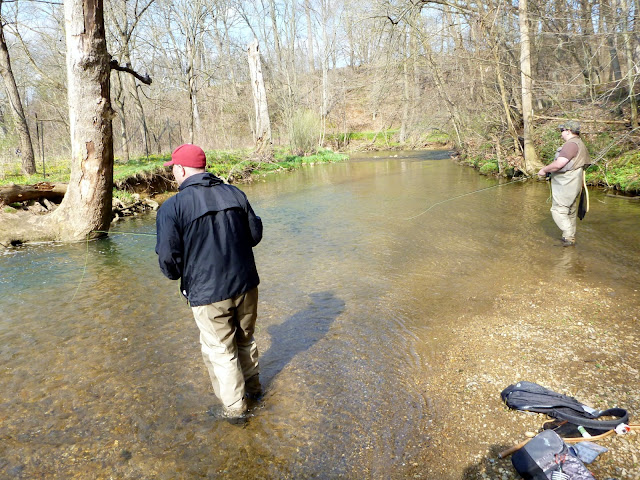 I had intended this to be stop number one of a few more, but Mike & Matt were having so much success tossing caddis to eager fish, I think we stayed in the one general area for probably close to 2 and a half hours. 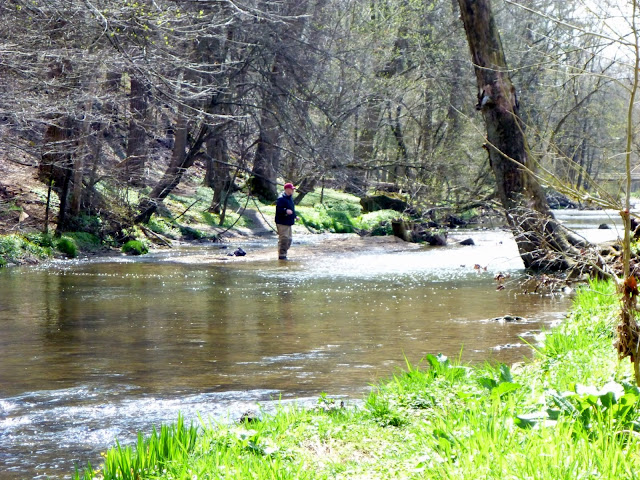 Everybody having caught their fill, a quick glance at the watch showed that it was pretty close to 5:30 PM. Coincidentally, the wives had already checked in with the "honey...what time are you going to be home?" calls, so it was just about time to pack it in.

To close, I suggested we get a bite to eat at the Tilted Kilt.  I heard once they had good food there. 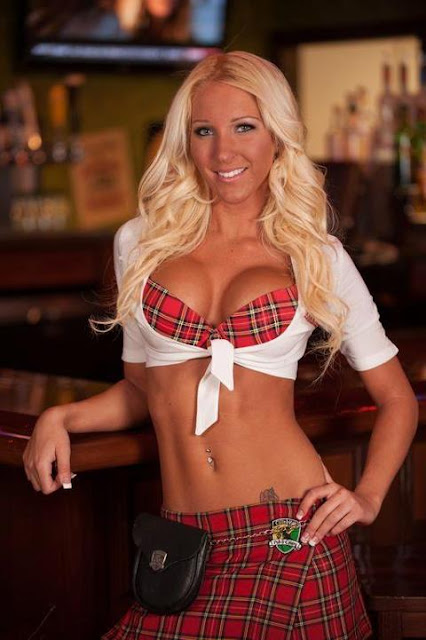 Looking back on the day, I really had a blast!  First, my "guiding" skills didn't let me down.  The whole week prior I was fearing I'd not be able to put them on fish...or it'd be raining...or something...and thankfully, both the weather and fish cooperated.  There's nothing worse than when someone comes to fish with you and it's a struggle to catch fish on your own "home water."

Second, and more importantly, I got to fish with some great guys.  Not being able to do this more often (and waiting for so long to do it in the first place) will be one of the regrets I have about moving South.  Good fishing buddies are hard to find.  These three are top notch.