A Bout With Mother Nature

Mother Nature can be temperamental.

Attendance at my company this week was a little lean.  With extended Easter weekends in play I thought it might be a good opportunity to take a personal day myself, and maybe unwind a little bit by getting a line wet.

When I left my house, it was a beautiful late March day.  55 degrees, blue skies, and the sun peeking through the puffy white clouds just enough to make it feel even warmer.  By the time I got to the water, someone pulled the plug.  Gray clouds had corrupted the sky and a bone-chilling wind began its assault.

Mother Nature can be cruel.

The fishing?  After about five or ten minutes of fishing I caught this little one on a Killer Kebari.  I rarely fish Killer Bugs (or their variants), but I was in the mood to try something different...at least until I lost it on a submerged branch. 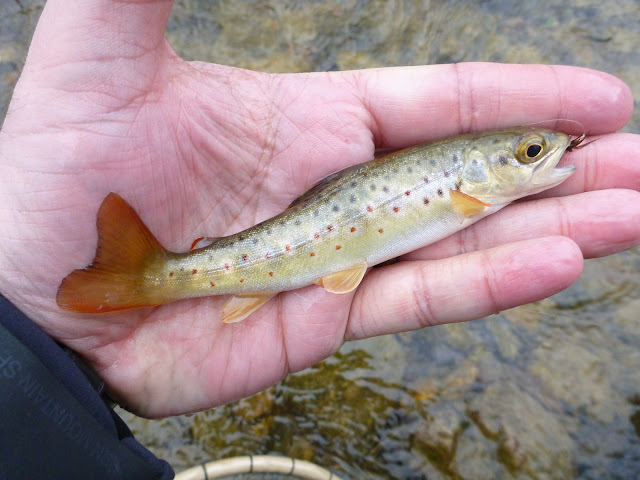 As the weather continued to deteriorate, so did the fishing.  Cast.  Drift.  Twitch.  Cast again.   This continued for two unfruitful hours.  Teased by a couple swipes and flashes at my offerings, my net remained empty.  The wind was blowing harder now making it difficult to cast.  I started to feel a chill I couldn't shake.

Mother Nature can be flat out mean.

At that point, I was done.  I collapsed my tenkara rod and started back toward the car.  My fingers were numb, expecting better conditions, my jacket was too light for the temps, and I just wasn't much in the mood anymore.

As I passed the covered bridge near the parking area something told me to drop in and at least fish one more section before I bailed.  Five minutes later my masochism was rewarded as my line went taut and this inhaled the Kiwi's Royal Sakasa Kebari tied to the end. 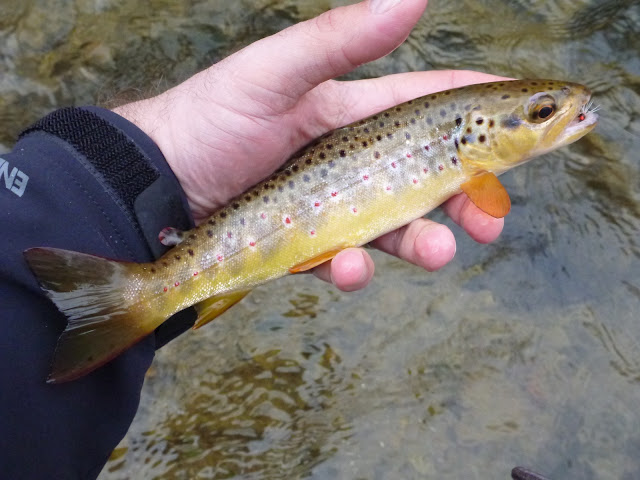