A week or two ago when I settled in to watch a copy of 'Where The Yellowstone Goes' I have to be honest, I had seen a Facebook post here or a blog post there noting the movie, embedding a link, or doing what people do in this social media age, but I never really gave much thought to viewing it.  I don't know why, I just didn't.

But following the viewing, I'm pretty happy I did.  And honestly, it's not really a film about fly fishing, as I thought it might be, but more on that later.

To set the stage, a brief overview...(stolen from the back cover of the DVD...why reinvent the wheel here...?)

...Experience a soul searching and inspirational 30-day drift boat journey down the longest undammed river in the contiguous United States.  Connect with colorful characters, get lost in the hypnotic cast of a fly rod, and save silhouetted moments of fireside stories on this heartfelt river adventure...

And with that a quick review... 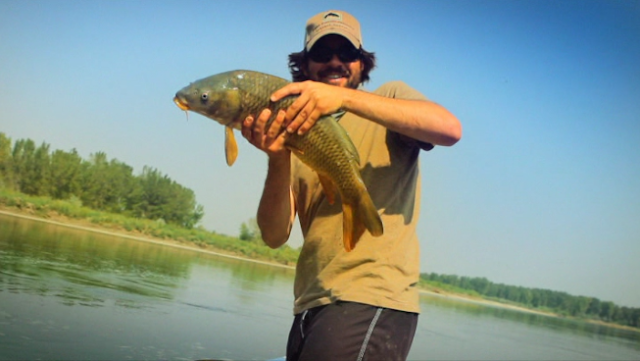 What will you find?  A pretty damn (but no dams) enjoyable film that speaks to the Yellowstone River past, present, and future.  The film touches on the people - The Cake Ladies, Margot Aserlind, Roger Muggli - being three notables that you'll probably not soon forget.  It also hits some of the Western towns - Emigrant, Reed Point, Hathaway - each with a uniquely interesting character of their own.

On the flip side, you'll also unfortunately find the omnipresent environmental concerns of industrial developments in and around the river.  I'm not just talking about oil spills and hydrofracking, but simple things as building of homes to support population growth that eventually encroach upon and inadvertantly damage essential riparian areas.

Much like a 30 day trip on the river itself, this film has its peaks and valleys.  Sometimes it drags a little bit as our adventurers travel from point to point, but a random sandstorm here or a sheep drive festival there picks up the pace almost immediately and you're just as engaged as when the boats first left shore. 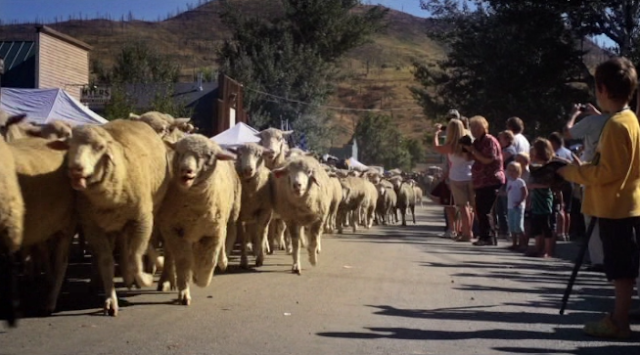 It's a story that in my opinion was needed to be told well in order to make it both entertaining and informative.  Documentary can be dicey that way.  Director Hunter Weeks uses many tools - humor, bluntness, gorgeous visuals, etc... to convey his view of the river, and did a very good job tiptoeing that line, delivering from both angles.

Now I'm not going to tell you that much more about the film itself...because it's one you should carve a little under an hour and a half to form your own opinions about.  For not being what I'd call a "fishing film," I enjoyed it, and if you thoughts ever turn toward our Nation's great natural & physical resources, I think you probably will too.

DISCLAIMER:
The copy of 'Where the Yellowstone Goes' featured in this product review was provided to me at no cost by Hunter Weeks, the filmmaker; I currently hold no association with Mr. Weeks or any of the film's sponsors (Trout Headwaters, Montana, Simms, Costa Sunglasses, or American Rivers) whatsoever. That said, if Mr. Weeks ever decides to make a sequel on the ridiculously dammed Schuylkill River, he knows where to find me.  As with all independent gear reviews at Troutrageous!, I try my best to keep my reviews honest and unbiased. If something is good, it deserves applause; if it sucks, I'll let you know that too. That said, I probably wont waste my or your time writing a post about something that sucks, unless it's really that bad.