On paper, Saturday was going to be quite the mission.  Fishing, bookended by pure gluttony.

The plan was to take the hour and change hike out to Lebanon, PA...we were going to hit a Hardee's for lunch - to eat the Memphis BBQ Thickburger - as that's seriously the closest Hardee's to where I live.  We like food, so we do stuff like that.

After that, my wife was going to drop me off over at Spurky's campground...you know, my occasional fishing buddy Spurky...and we'd fish while she and Lilly spent the next 4 hours or so going to fabric stores and other crap that I have no interest in.

To cap it off, she'd pick me up afterwards and we'd eat dinner at Golden Corral.  Lilly has a fascination for "chocolate fountains" right now...I'm not sure why...and while I doubt the hygiene involved there, you only live once.  Germs are good to build a kid's immune system, right?  Also, much like Hardee's, the closest one happens to be in the Lebanon area.  So we were going to kill two birds with one stone. 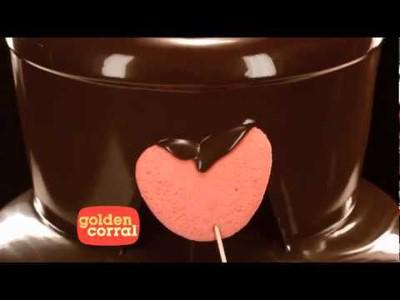 My wife also likes wine you can only get at the Pennsylvania Renaissance Faire...well actually right outside the gates.  You don't have to go inside.  Sounds odd, and honestly is, but that was on the agenda too as that was also only a few minutes South.

What actually happened wasn't exactly what was planned, but worked out okay in the end.

See, on Friday night Lilly decided to pretty much pull a temper tantrum at dinner.  She didn't want to eat her food and was kind of spazzing out and crying about it.  She's six, and she knows that's unacceptable.  Yeah, it's not always puppies and rainbows out of Lilly.

If she's bad she typically "goes on red" (as in red light) meaning no TV, no video games, no playing with friends outside, and usually no something else she likes for at least 24 hours.  So we pulled the "chocolate fountain" offer for the following night off the table as well (even though K.C. & I still kinda wanted to go).

With that bit of agenda shattering discipline now in place, there really was no reason to be out in the middle of nowhere for an extended time after lunch.  K.C. still wanted to go fabric shopping, but now didn't need to spend a ton of time at each store.  That shrunk my fishing window in about half, so it really wasn't worth meeting up with Spurky and doing the whole wet wading thing for less that two hours of action.

So we did hit Hardee's for lunch.  Two thumbs up on the Memphis BBQ Thickburger.  I need another twelve of those...

K.C. did go fabric shopping, and she dropped me off at Stoever's Dam Park which was somewhat near one of the stores.  It's basically a smallish lake.  It's probably best fished by a small boat, but there was ample room for shore fishing.

I caught some small bass and assorted other panfish tossing an olive woolly bugger. 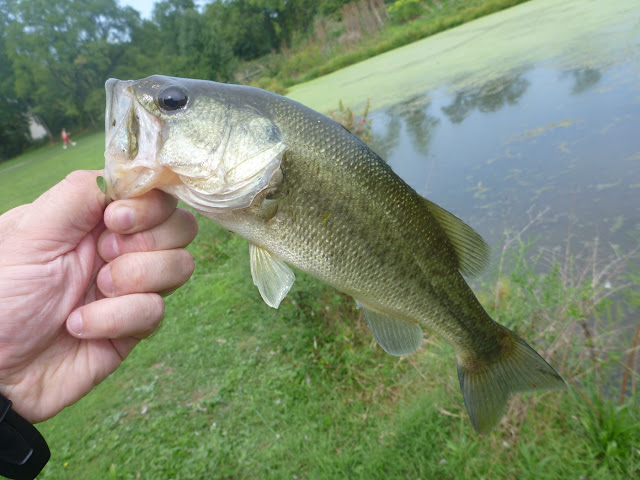 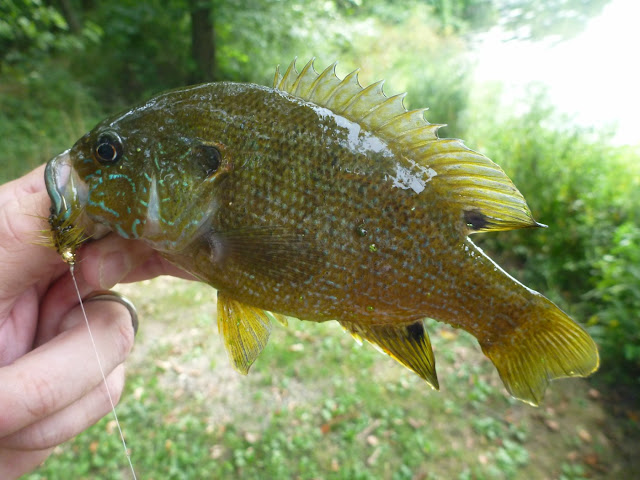 Almost two hours later, K.C. came back to pick me up, but keeping true to our ballbusting disciplinarian ways, no stop at Golden Corral for us (even though we drove right past it), just the Renaissance Faire winery for a very quick stop to pick up a couple bottles of some wine K.C. likes but I don't drink.

Lilly & I just stood outside of the store (or should I say Shoppe) and people-watched far too many adults dressed up in either Hobbit or Jack Sparrow or Harry Potter costumes get out of their Toyota Camrys and walk toward the entrance of the Faire.  Of course with replica medieval swords and empty goblets in tow...but that's a given, right?

After that, back in the car and home.

Was it the day we all hoped it'd be?  No.  But K.C. got some fabric, I got in some fishing, and Lilly largely behaved herself, partially redeeming the prior night's hi-jinks.  I'll mark that one in the win column.