For today's installment, I'm honored to present a guest post by Ron Giesecke, a new-ish tenkara angler who has been chronicling his experiences on his own blog, A Tenkara Journey. If you've never had the pleasure of reading Ron's blog, I'd highly recommend setting aside a little bit of time to do such.  His dry sense of humor will draw you in at first post.

In this installment of Tenkara Tuesday, Ron goes a bit unconventional, and examines the many ways to break your tenkara rod - a nightmare to some, but extremely funny when it's not your graphite pole. Please Enjoy!

A recent sojourn to the McCloud River’s labyrinthine accesses to the native trout waters proved beyond a shadow of a doubt that I can do two things: One, catch the beautiful salmus shasta native trout on my 7:3 Yamame. And two: Rip the Lilian off the end of my rod like a Wrigley’s gum tab. 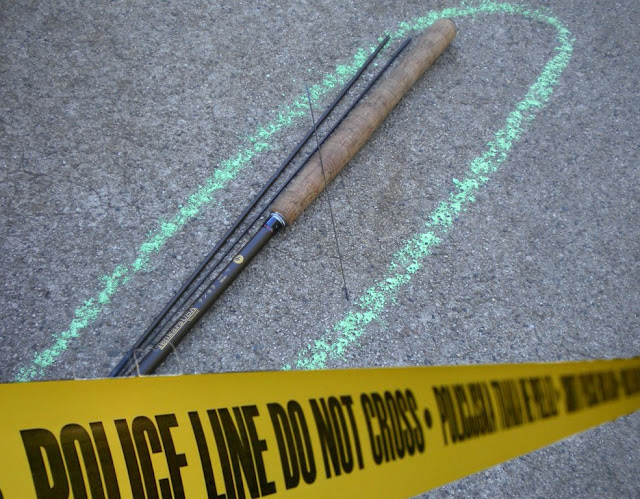 I did this because I assumed the furled Kevlar leader I had made was the part not connected to the thorn bush onto which I was snagged. I learned quite quickly. So I fired everyone in sight. I fired Jimmy Rivers, I fired a couple people I didn’t even know. I even fired the guy who wrote The Ballad of Hank Williams and provided me the obscure and referential, spleen-venting lava tube upon which to predicate my angst.

But really. If I injured myself the way I thrashed my Tenkara rod, the people I work with would never let me live it down. Take my co-worker, Ed, for instance. In a year and a half’s time, he nearly weed-eated his eye out, and managed to completely pull off his little toe in the loop of a shag carpet when he tripped on the stairs. Mind you, the steaks he was carrying did not survive his attempts to keep them from hitting the floor.

And now, he is known for both attempting to shave off his cornea with a Poulan trimmer and putting his grandson to bed with “This little piggy went to AAAHHHHHHH!” And while he takes the resultant workplace abuse in stride, as well as count to nineteen with unparalleled flair, it occurred to me: It would be better to choose the mode of ignominious failure--to allocate the one-lane avenues of infamy--to carefully select the tide-pools out of which my legs will be relinquished to an Arbitron bonanza during Shark Week.

I figure if I’m going to destroy the top end of my Yamame rod every two months, then I should just go ahead and plow right off cliffs of rock and roll infamy. Find a way to just destroy it on purpose. Publicly. Unapologetically. Then, when I’ve made a complete spectacle of myself, start tweeting about the genetic relationship between my white corpuscles and that of a primary African feline.

There is of course the Richie Blackmore (Deep Purple) approach. Become irate with the lack of shading, pocket water, or even worse--a plethoric presence of fishermen in the only remnants of either. Shove the rod through a bait man’s tackle box, snap it off and yell “Good night Dallas!”

I could, of course, have a great take on the water, with even the dullest Kebari fly causing elusive Browns to raise their fins and volunteer to have their lip punctured. This might invoke the Hendrix “Monterey” option. Gently straddle the Tenkara rod on the ground and then light it on fire. The flammability is so groovy! 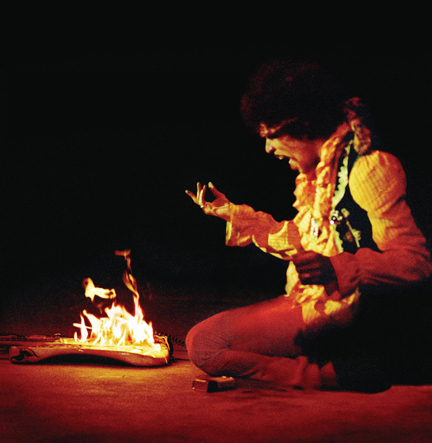 On the surface, the Axl Rose option poses some problems, as one must become strung out on heroin, have your rod somehow shipped to the stream-side with others expecting you, not show up and then have the expectants break it for you. You might get nominated for the Tenkara Hall of Fame, but you’ll refuse to go anyway.

It doesn’t have to be confined to rock, or even be intentional. It just needs to be infamous enough to have a life of its own. Like that “Agony of Defeat” guy from the old Olympic promos. I have no idea who that man is. All I know is, as a kid I watched this guy spin off that ski jump like a Vita-Mix blade and hit the ground in a pile of anthropological rubble day after day, all the while rooting for Bruce Jenner.


Which reminds me. Bruce Jenner never snapped his vault-pole in ’76, gigging himself at the ninth rib, but I would have loved that. Somebody did it, but I don’t remember who--or where it happened. Just remember: a twenty-yard dash, carbo-loaded resolve, and a 6:4 Ito rod with the extender option will not help you clear a ten-foot cyclone fence. Of course, if you’re trying to break your Tenkara rod, you wouldn’t want to. Just make sure you get it on camera. It won’t make you anyone’s hero, but then again, the finely-paved road of stardom that took a Wheaties-box, 1976 decathlon champion and veritable Smithsonian Institute of Testosterone HAD to have been T-boned at the intersection of Brawn and Agility to wind up keeping his maiden name on The Kardashians like that. So maybe “high profile” IS a liability. 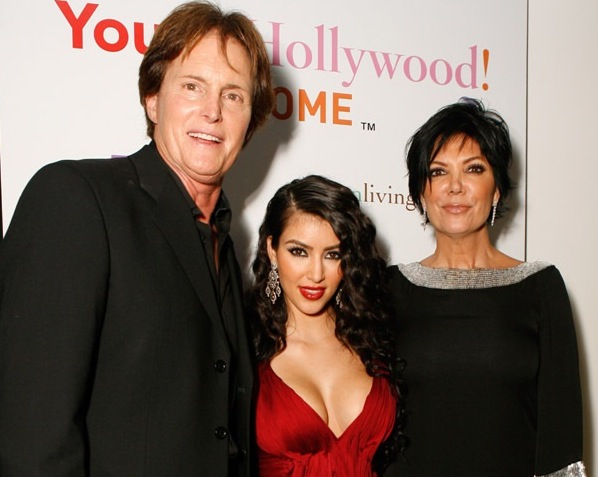 Come to think of it. Maybe the indiscriminate accident is better. Me? I can buy a new tip for seven bucks. Chemical face peels are for life.

Ron Giesecke is a writer, musician, family-man, and garden-variety renaissance schmuck from Redding, California.  He is new to Tenkara, but not averse to its magic.  His blog, A Tenkara Journey, can be found HERE.

Are you a Western tenkara angler?  Do you have a story, pictures, video, fly recipe, or simply a fishing report from one of your recent tenkara adventures?  If so, Troutrageous! wants to hear from you for a future Tenkara Tuesday post!  Feel free to send and email HERE, or check out this previous post for more information.